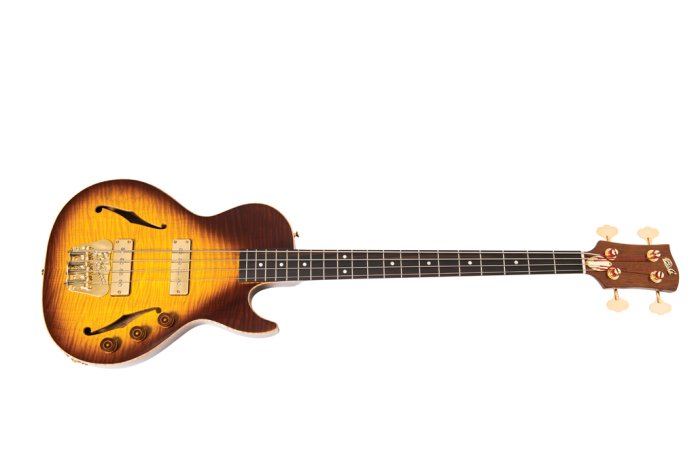 B&G’s Big Sister bass is inspired by the Little Sister guitar, reviewed with a great deal of enthusiasm in these pages in November 2015. The bodies of the two instruments are similar but not identical, the bass being a centimetre shorter and a centimetre wider. You can get a pretty good idea by comparing the Big Sister to a Les Paul guitar body – it’s maybe a centimetre wider in the lower bout, which seems small for a bass. We’ll have more to say on this later. 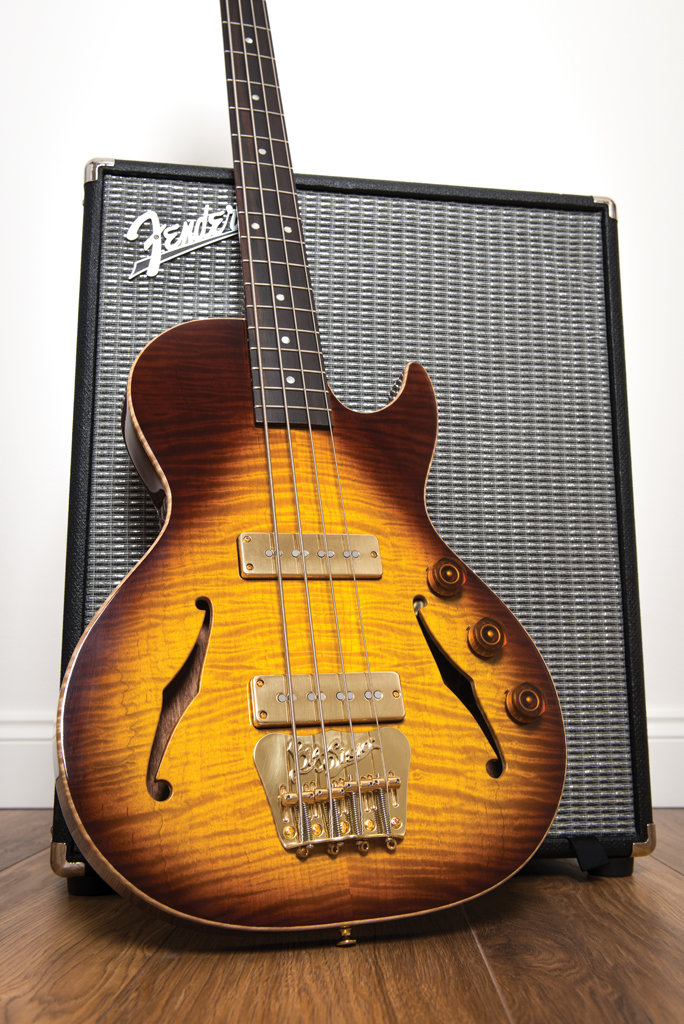 Our review model’s mahogany body is topped with an eye-catching flamed maple top, which is a $250 upgrade. The top is flat, not arched like a Lester, and the amber sunburst has an abrupt transition to the dark red around the edge. The edge of the maple top has PRS-style scraped binding and, as you’ve probably realised, it’s a semi-hollow, chambered affair with two shapely f-holes and a solid block under the bridge.

Other premium tonewoods include a Honduran mahogany neck ($300 extra) and a Brazilian rosewood fingerboard, also $300. Even higher grades of top are available, rising to $450-$600 for a one-piece quilted maple which, judging by the standard of the top we have here, must be truly breathtaking. 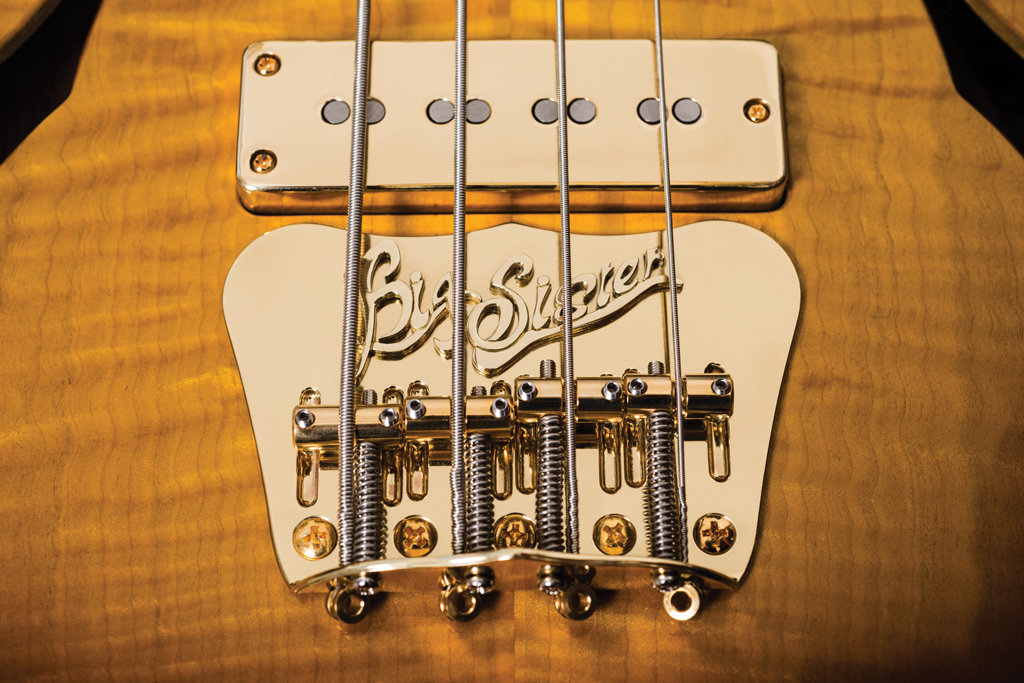 The B&G bridge with the Big Sister logo is brass, the Amalfitano single coils have brass covers, and the Gotoh tuners, control cavity cover, truss rod cover – even the strap buttons – are, you guessed it, brass, or at least brass coloured.

Great attention to detail, then, and the nitrocellulose finish is superb for smoothness and eveness of application; however, it’s not perfect. There’s a small lacquer run where the neck joins the body at the back, and the insides of the f-holes missed out on the yellow sunburst staining and gloss finish.

This may not seem a major concern, and your audience would not see it, but PRS manages it on its hollowbodies, and if you look down at the body while familiarising yourself with the two volumes and single tone control you can’t help noticing the mixture of bare wood and paint dribbles. No big deal, perhaps, and yes, I’m just being fussy, but it shouldn’t be hard to put this right in the future.

The full 34-inch scale neck and 20 tall thin frets are seated perfectly with no unexpected buzzes or rattles. The neck is comfortable in the hand and I can’t imagine any bass player not feeling at home pretty much immediately, although the small body size may not suit everyone. 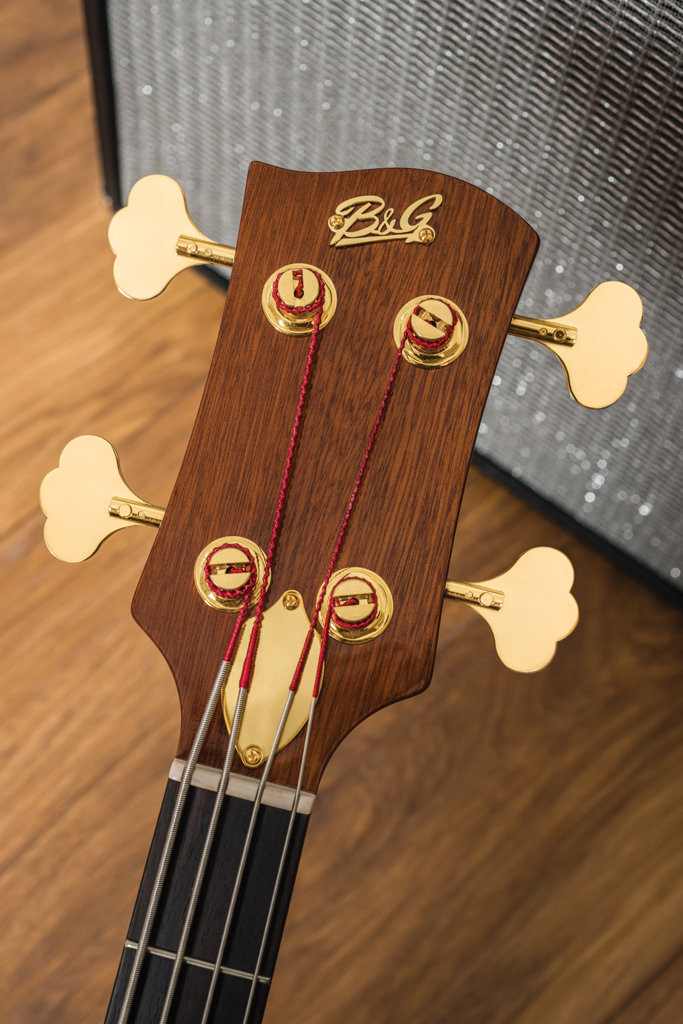 The top horn of a Fender or similar bass means that the instrument sits a little more to the right when hanging on a strap. Without an upper horn, this guitar sits a little more to the left and, while it’s not uncomfortable to play, that first fret can seem surprisingly distant. Seated with legs crossed, the bass sits up nicely and the deep cutaway ensures that high-fret access is excellent when seated or standing.

There is enough acoustic tone for practising at 3am and the sound is even over the whole bass. Plugging in, it does not disappoint. The bridge pickup is bright and articulate, its volume controlled by the middle of the three control knobs like a Fender Jazz bass. The tone control is well judged to remove fret clank, and played aggressively near the bridge the Big Sister produces an energised throaty bark. Played softly, this pickup also adds a subtle feathery quality. 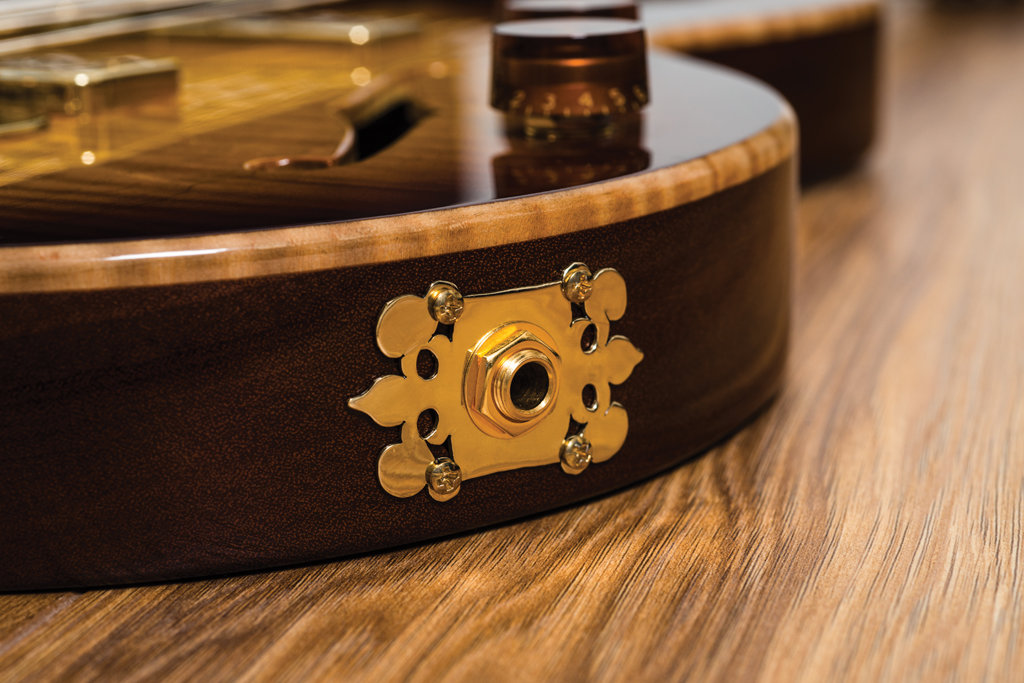 Soloing the neck pickup produces a bigger and rounder sound, which is as expected, with the tone control adding the option to make things more mellow. It gets dark enough for Bob Marley-type tones without ever getting truly dubby. I spent a long time rolling one volume up and the other down to alternate between these two settings, and experimenting with the tone control.

There’s a great deal of versatility here without the need to go anywhere near the amp. The ability to easily mix both pickups is the secret weapon of basses with this control layout. If you max the neck pickup and blend in a little of the bridge, the sound broadens – along with that smile that might have been forming at the corners of your mouth – as a subtle emphasis in the low mids is introduced, adding sustain, power and a refined liquid quality.

Both pickups full-on are great for slap, but I kept returning to the mixed tone, with or without a slight roll-off of tone. This bass would be great for rock, blues, jazz, country… and with the help of amp controls we might be able to add in dub, reggae and metal; but it doesn’t really do extremes – neither excessively bright and clanky on the bridge pickup nor dark and dubby on the neck pickup. 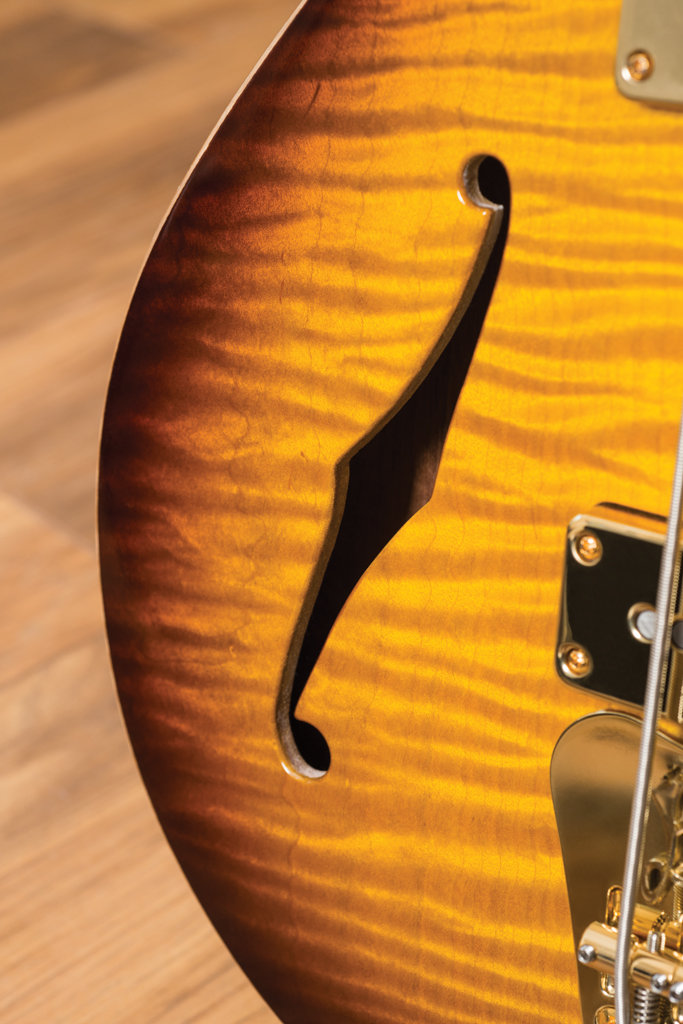 There’s no doubt that this is a well-made instrument, using some of the finest tone woods and carefully considered hardware. Build quality is top-notch, despite the minor finishing imperfections we have noted.

The pickups are sensitive and can produce a wide range of sounds using nothing more than the onboard tone controls and changes in playing style. That said, the contribution of the hollowbody design to the available sounds is, to say the least, subtle.

The big, earthy tones associated with, say, a hollow Gibson bass are not available here. What you do get is an instrument that responds accurately to your fingers or to a pick. The Big Sister feels as good in the hand as a fine handmade instrument should, and it can deliver a broad range of the very best bass tones. 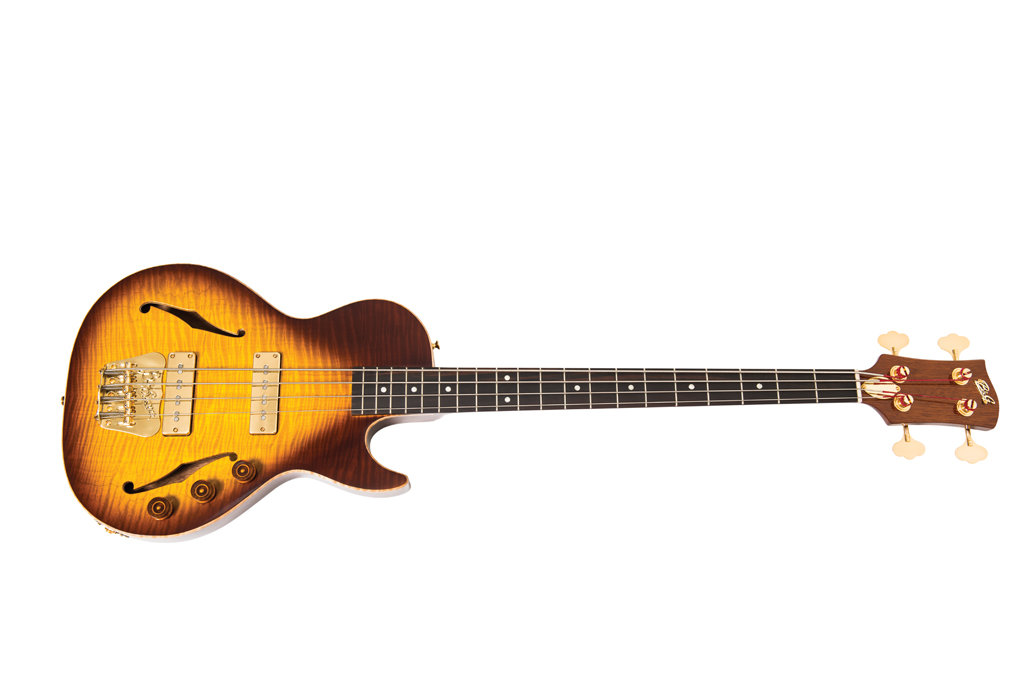 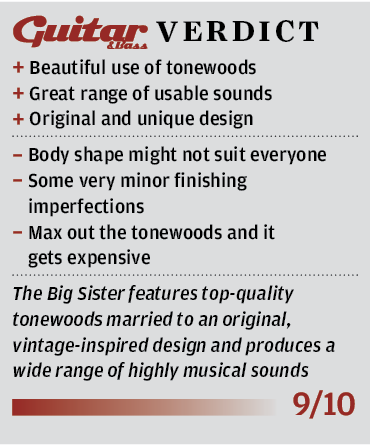