With its ES-140-like body and a slot-head parlor neck, is the B&G Little Sister a retro curio or a viable player? 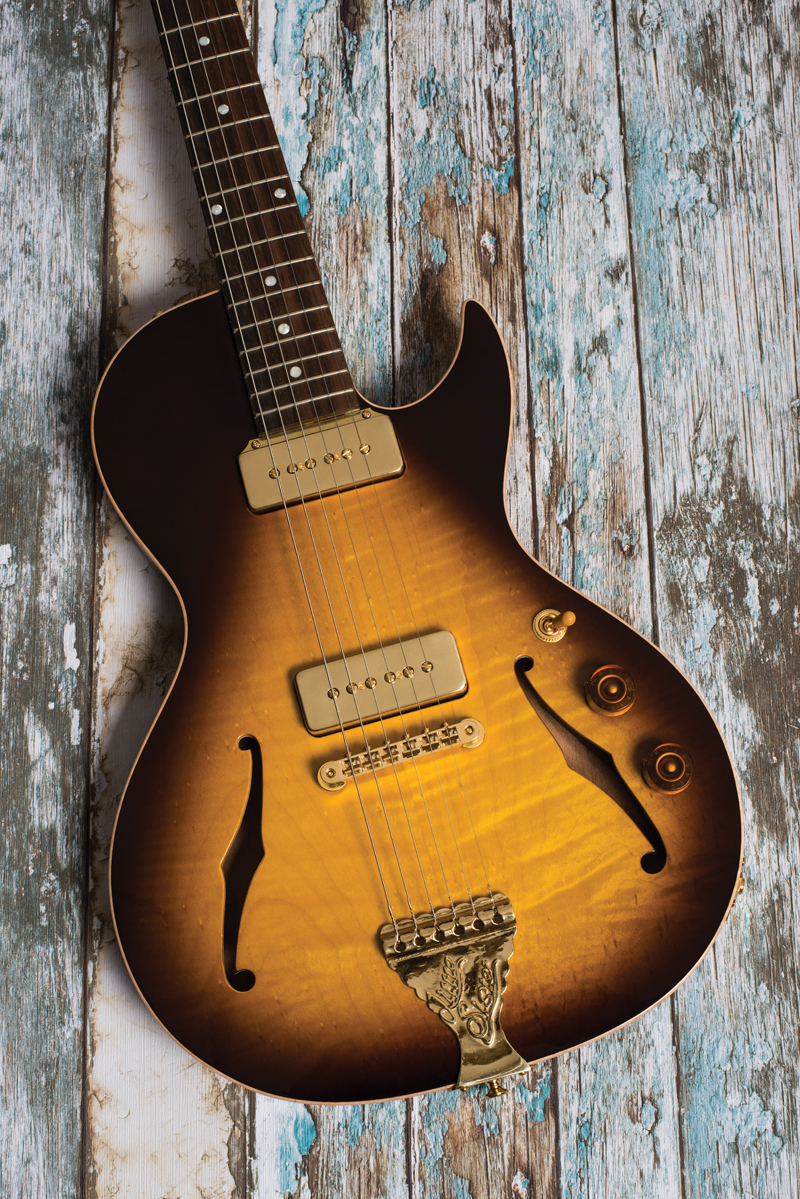 Back in 2011, David Weitzman was listening to Robert Johnson and gazing at the famous photo of him holding a Gibson L-1. The `fat and throaty tones’ of early Delta blues guitarists became an obsession and Weitzman was on a one-man mission to crack the code.

He began collecting antique guitars, and in the process started learning about repair work. Weitzman ended up studying at The Algranati School of Lutherie in Israel, eventually designing and building the first Little Sister.

Weitzman took it to his friends at B&G Guitars for some finishing touches, and soon after B&G called to say it wanted to put the Little Sister into production – albeit with a handful of enhancements.

The Little Sister is now available with or without a cutaway, and customers can request PAF-style humbuckers or P-90s. B&G casts its own tailpieces and, like the pickup covers, they’re fabricated from a unique brass alloy.

Much of the tone timber is reclaimed wood, and fingerboards can be Brazilian, Madagascan or Amazonian rosewood. The options for the neck and chambered bodies are Honduras and African mahogany, and customers can choose from a selection of Eastern maple tops before the guitars are built. 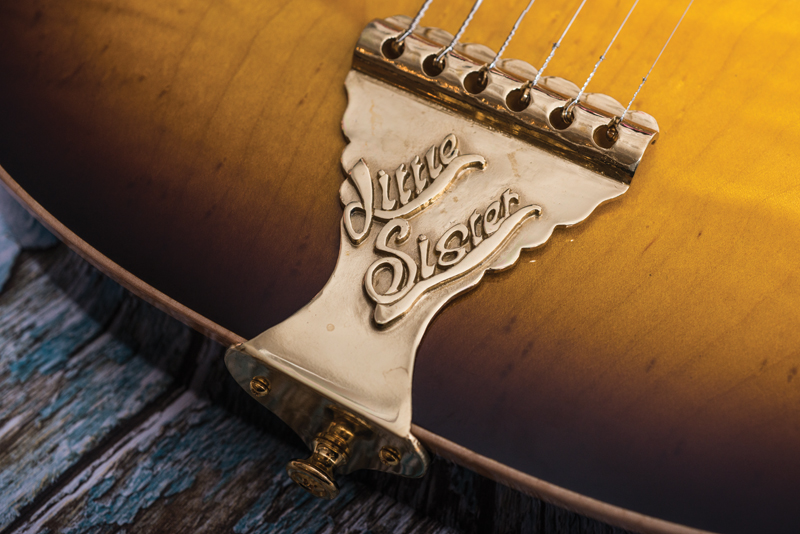 B&G even makes its own glue, and the in-house ethos extends to the pickups. The review guitar was fitted with P-90s with un-potted scatter-wound coils of 42 AWG wire. Long, roughcast Alnico V and II magnets are used in the neck and bridge pickups respectively.

This example is made from African mahogany and a kingwood fingerboard, inlayed with pearl dots. The Stewart-MacDonald Golden Age Restoration tuners work smoothly, and Little Sister customers can choose whether to have the brass parts clear-coated to prevent tarnishing or simply to allow nature to do its own thing.

Brass is also used for the control cavity cover and a brass pickguard is provided along with screws – to be fitted at the owner’s discretion. A soft `V’ is the standard neck profile, but customers can specify profiles and fingerboard width. The finish is nitrocellulose and a variety of sunbursts and custom colours are available.

The Little Sister can be ordered directly from B&G or through its UK dealer, The North American Guitar. The distributor books slots in advance, so ordering through them is quicker – or if you prefer, you can buy from B&G’s shop stock without waiting.

It’s not simply a visual thing. The Little Sister really does feel like an old guitar, albeit a factory-fresh one. Although the neck was described as having a `V’ shape, it actually feels quite rounded and the depth certainly fills the palm. Skinny frets add to the impression. 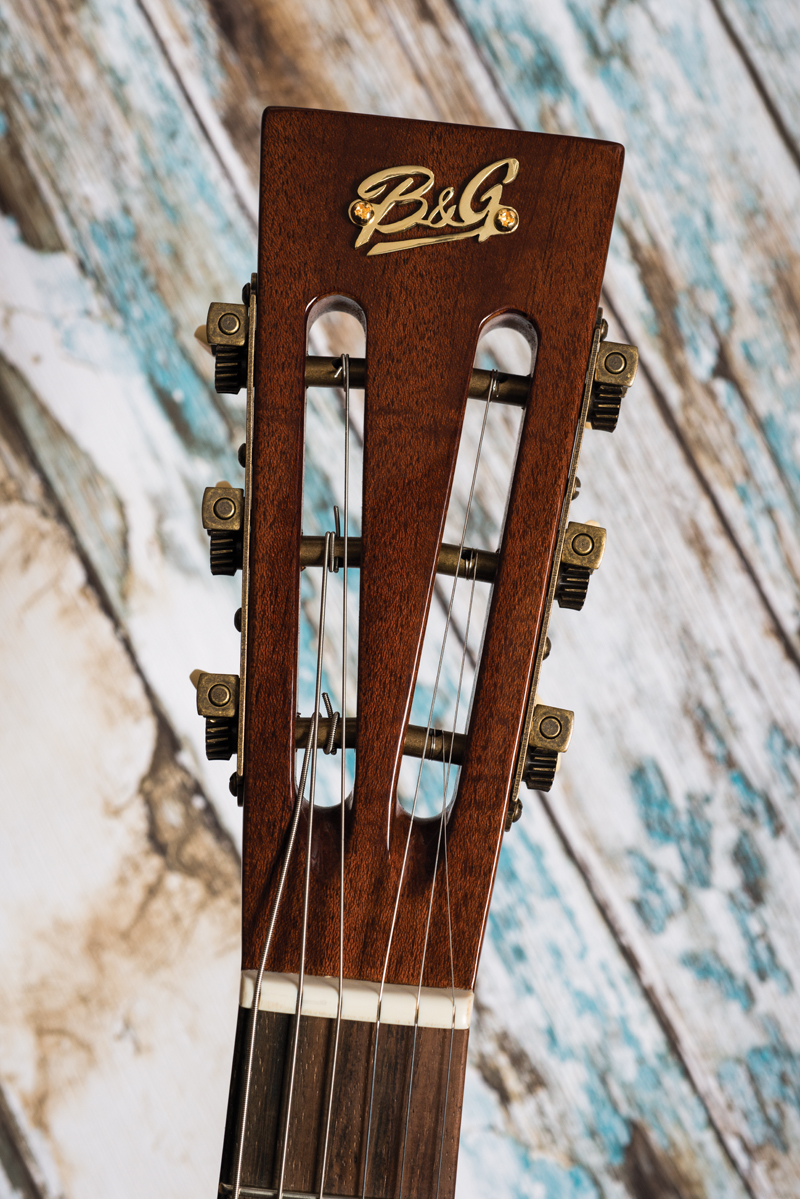 The body style and 14th-fret neck join may trick you into thinking the scale is even shorter than 622mm (24.5∫). Small-bodied acoustics first inspired the design, and that has carried over into the general feel. However, in terms of playability, the Little Sister has the fast suppleness of a well-played vintage electric guitar.

Acoustically, it’s louder than a Les Paul and sounds more like a highly resonant ES-335. The tone is also full and well balanced, which means it’s fun to play unplugged and there’s plenty for the pickups to work with.

Just because a pickup looks like a P-90, there’s no guarantee that it will sound like one. We have learned from previous reviews that winding pickups in-house isn’t always advisable, but in this case it has paid off in spades. Both of these P-90s are noticeably microphonic and produce the type of tone that would make any vintage guitar enthusiast feel right at home.

The more aggressive attributes of P-90s have perhaps been overplayed in recent times. Strap one to a mahogany plank and, for sure, you will certainly get quintessential rock ‘n’ roll tone. But good P-90 pickups can also deliver some of the sweetest, most delicate and clean sounds in the electric guitar pantheon. 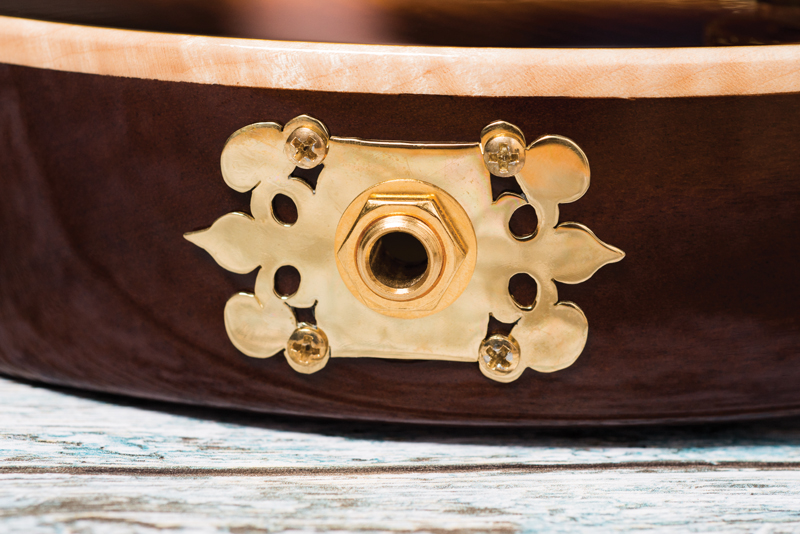 The Little Sister’s P-90s are a case in point, and there are three distinct but balanced sounds. The bridge position’s midrange has a snarly quality that is coupled with an authentic vintage quack. The low strings, meanwhile, are focused and even twangy when you play near the bridge, while the treble has a chiming sheen, without sounding too bright.

In the neck position, the Little Sister is sweetly-rounded, smooth and vocal. It has just as much treble as the bridge pickup, but the clunky character gives way to a woody mellowness that’s perfect for blues and even pulls off a passable impersonation of 50s jazz tone.

With both pickups together, the phasey mid-scoop is very noticeable, and this is the position that almost compelled me to grab a thumb pick or play with my fingers. These days, it’s easy to get fixated on pedals, effects and overdrive. The Little Sister is a reminder that plugging a great electric guitar directly into a valve amp can sound magical.

But for all its gorgeous clean tone, it always feels that the Little Sister has a darker and meaner side. Unexpectedly, the Little Sister’s `acoustic’ qualities are more apparent when the amp is cranked than in clean mode. However, unlike some semis, there’s no need to struggle for sustain.

The bridge pickup produces a full-throated sprang. The lower mids growl and the upper mids bite in an undeniably bluesy sort of way. The neck setting sounds huge and fat, but still clear. Mild overdrive has a swampy and rootsy quality that morphs into a buttery smooth and roaring sustain as the gain is increased. 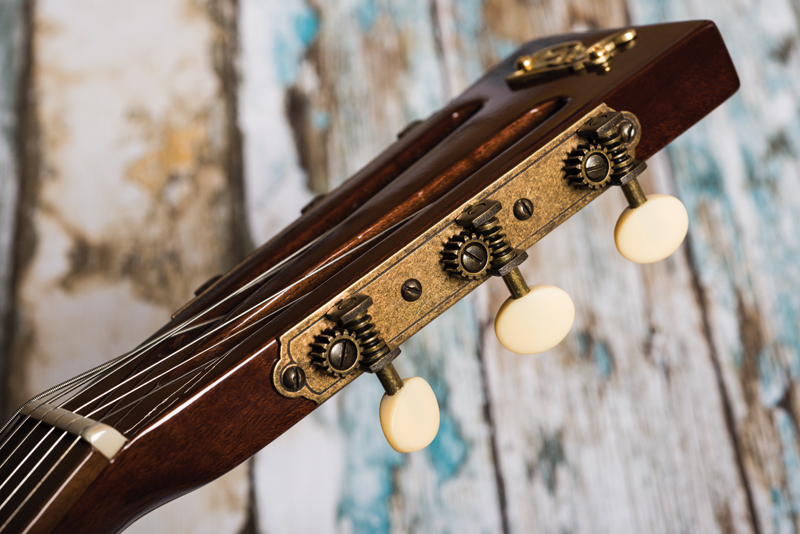 There’s no treble bleed capacitor, but you can still clean up by rolling back the volume control without losing clarity. In fact, the touch dynamics and clean-up characteristics are much like the ’54 Goldtop that’s also featured in this issue. However, the pickups are prone to squealing, and while the Little Sister behaves quite well with a cranked amp, using overdrive pedals can be rather problematic.

If I wanted to be picky, I could point out some finish imperfections where the fingerboard shim meets the body. A smaller neck heel may ease upper-fret access, but B&G points out that mass in this area optimises tone, and I wouldn’t argue with that. The metalwork looks bright and shiny, too, but if and when the brass and the nitro finish start to age, this guitar will doubtless look even more beautiful.

Ry Cooder once made some observations about the `true purpose’ of the electric guitar. He said, ‘In the 1950s, electric guitar was coming into itself, from a primitive idea into something very grand and beautiful. There has to be beauty there, and character and personality.’ He might as well have been talking about the Little Sister, and if I had the funds, I would buy one in an instant. 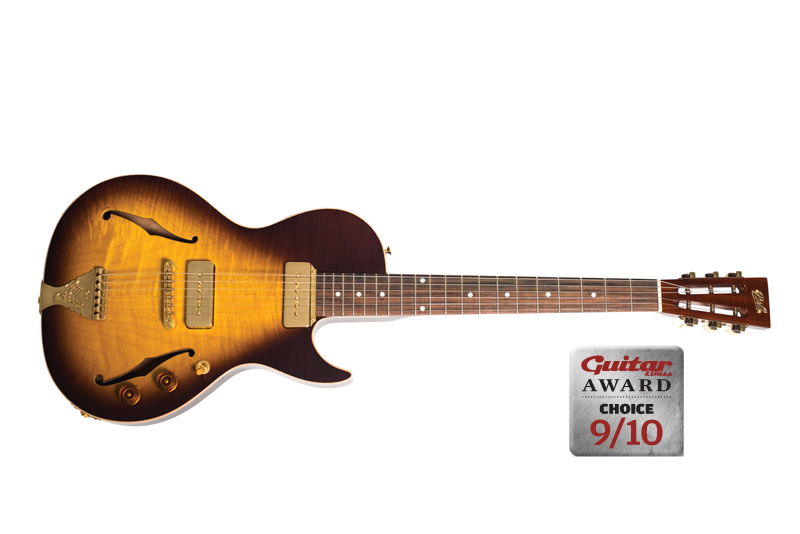 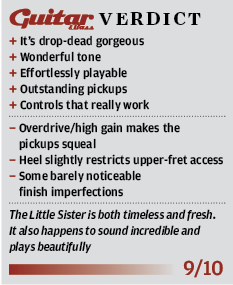