The Brit amp maker blew our minds with the tiny, yet brilliant Fly 3 guitar combo. Gareth Morgan checks out the new bass version… 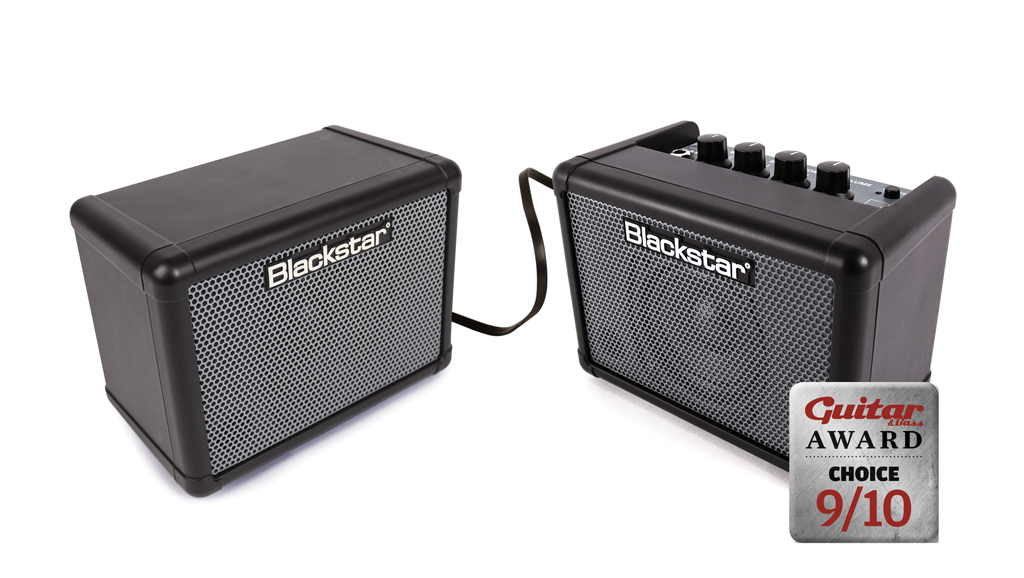 After the success of its tiny Fly 3 guitar combo, released in late 2014, Blackstar has unleashed a bass version – the company’s first bass amp no less – on an unsuspecting public.

As the Fly 3 Bass is carved from the same template, most of the unit’s development, which took about six months, related to tweaking the preamp and its cosmetic appearance. The F3B is made in China using a thermoplastic polymer called ABS, the structure of which is designed to have an acoustic response similar to a wooden cabinet.

The Fly 3 Bass stands 170mm high, 126mm wide and 102mm deep, and pulls off the Brit-style retro combo vibe with aplomb. A major reason for this is the grey metal grille that protects a custom three-inch Vanke speaker, and the overall look is a winner.

Four controls sit on the top-mounted grey panel, with gain and volume flanking compression and an EQ dial that goes from bright and punchy to warmer scooped mids as you turn clockwise. An overdrive channel is accessible via the OD button – the gain control adjusts the distortion intensity – and there’s a sub control, which is a harmonic generator that ghosts low frequency with your core tone. 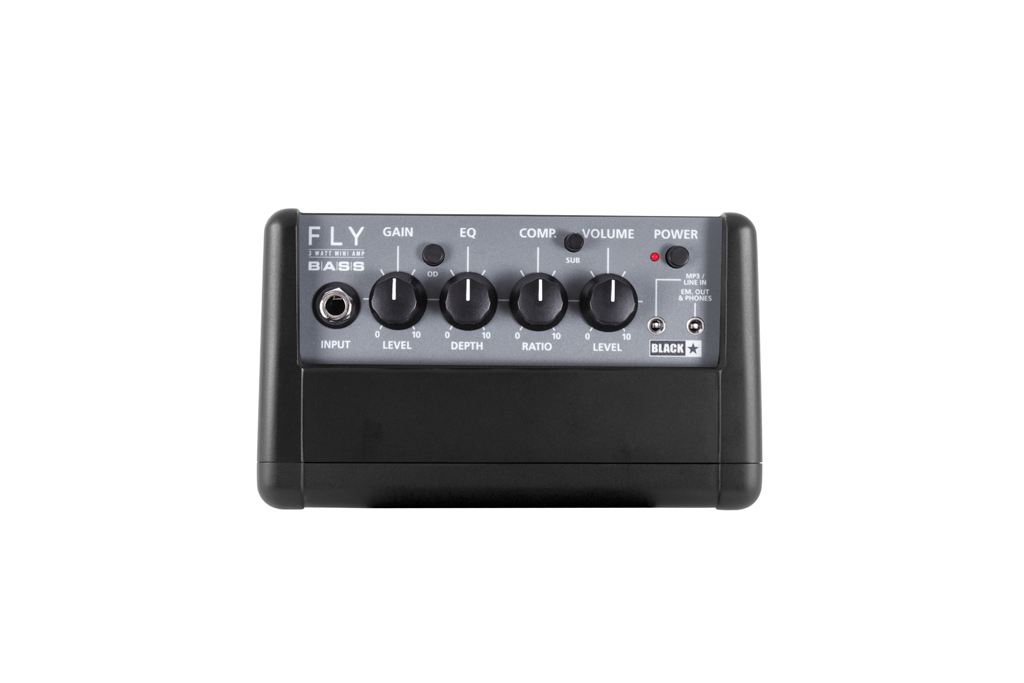 Connectivity-wise, you get two mini jacks, a line in for your MP3 player or computer and a speaker-emulated headphone out that can be used for recording.

The Stereo Pack includes a 6.5-volt PSU (normally £12.99) and Fly 103 speaker cabinet – the same dimensions and driver as the F3B – with an in-built RJ12 speaker cable, which connects via telecoms-type RJ12 6P6C socket on the back of the F3B. This both doubles the volume and creates a stereo system, which is especially handy for audio monitoring.

If you’re expecting a tinny, toy-like tone, think again, as your bass, whether active or passive, will sound well realised and convincing. We were pleasantly surprised,  especially as this little beast handles a low B string! Seriously.

Blackstar hasn’t made the F3B sound extra bright to compensate for downsizing, and the sub control induces proper tonal thickening, although active axes with a bass control render it an either/or option and the further clockwise you get on the EQ dial, the less you need. 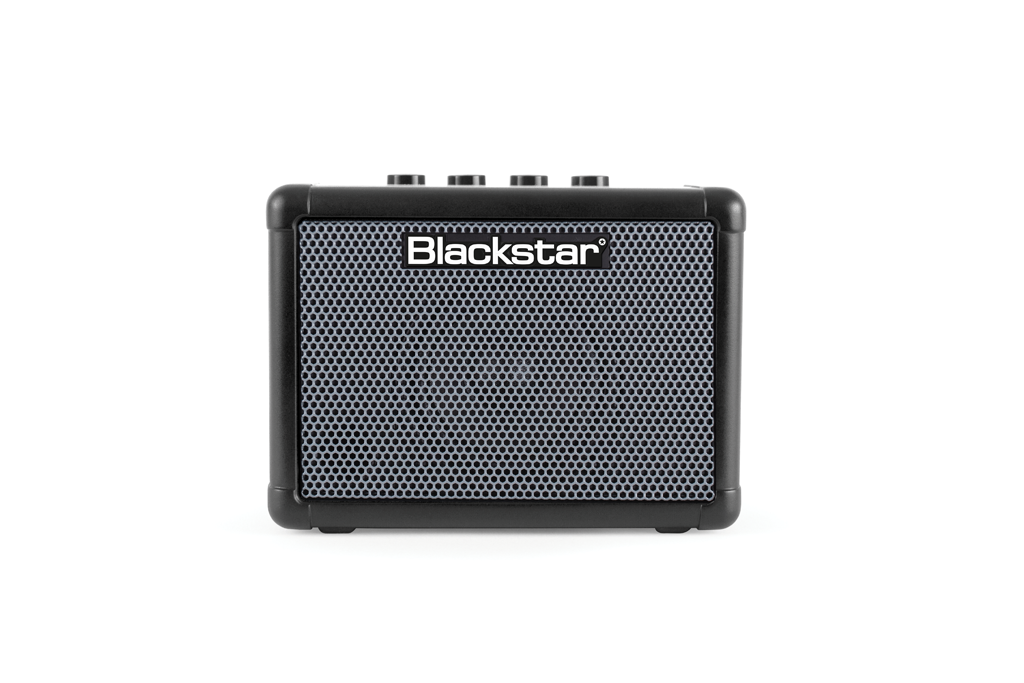 The EQ provides plenty of practical variations with brighter, punchier offerings from centre to zero on the dial and smoother, warmer sounds towards 10. You don’t get serious rumbling lows, even by maxing the sub control, but to be frank, you’d be crazy to expect to.

Compression is well attenuated, evening out spikes in your playing without sucking out the life, and inducing a little more presence. The overdrive offering is also decent, with lower gain levels adding some grit to the edge of your note and more excessive settings unleashing enjoyably spikey mayhem.

Add to this audio playback that’s clean and loud, plus top-notch headphone sounds courtesy of the speaker emulation and you’ve got a seriously good piece of kit. 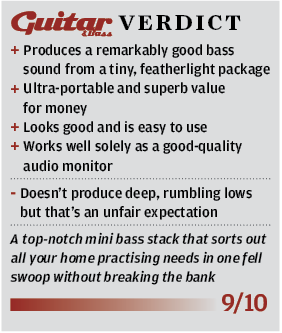