Blackstar’s latest is a 20-watt practice combo and wireless hi-fi speaker in one box. 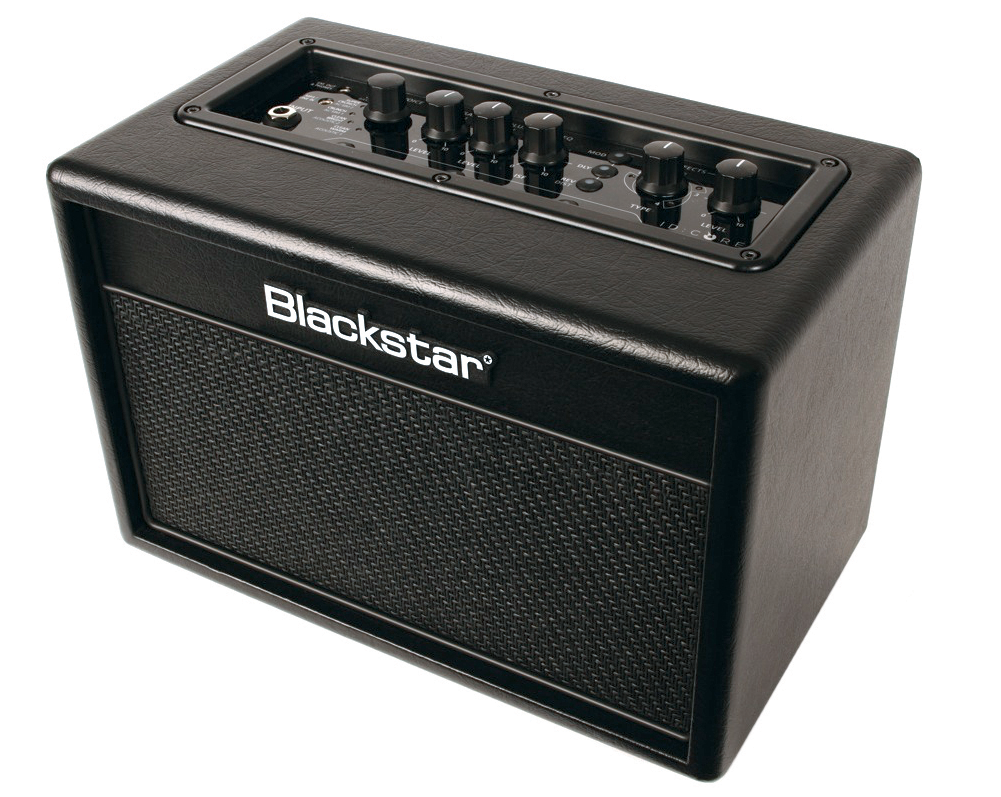 Bluetooth speakers = thousands of ’em! Now that most people seem to be listening to music on their smartphones, the era of the iPod and with it the iPod dock is under threat. Speaker systems with Bluetooth wireless tech can give a room-filling voice to your phone, tablet or PC with no cables involved, and if you don’t have at least one, your neighbours are talking about you. But why does this concern Blackstar? Well, the company proved with the other ID:Core models that it can make a small guitar amp with full-frequency music speakers work, so joining the Bluetooth revolution is the next natural step.

The BEAM is similar in most ways to the rest of the ID:Core range: it’s a 20-watt desktop combo with 12 amp voices, plus a decent palette of digital effects; it has a stereo pair of three-inch speakers, plus a headphone socket that doubles as a speaker-emulated recording output; and there is a line input for piping in music from an external device, but this time you really shouldn’t need it.

If the source of your music is in the same room as the amp, and they both have Bluetooth engaged, they should be able to sniff each other out like the last two unmarried penguins in the zoo. The only bit of conventional connectivity you need to worry about is plugging your jack lead into the guitar input. 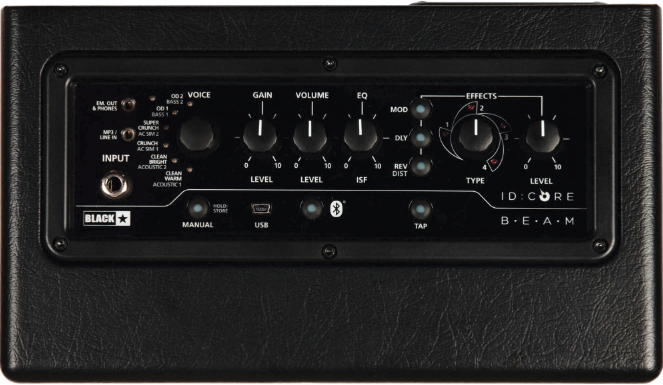 In Use
The ID:Core BEAM is little bigger than the average bedside radio, but one surprising omission is any kind of handle or strap ± you might struggle to move it around with one hand. Find it a comfy spot on a sideboard, though, and it’ll soon make itself at home in your hi-tech life. As a guitar amp, it’s simpler than the busy control panel might suggest.
Press `manual’ to free yourself from the presets and all you need to do is make sure the gain and volume are both somewhere close to halfway, then turn the voice control to select from the six basic tones ± from ultra-clean to heavily overdriven. All are high on clarity, as you’d expect from Blackstar, and the volume levels on offer are more than enough for the average bedroom.

Push the voice knob and you engage the six alternative voices: two for acoustic guitars, two more to simulate an acoustic with an electric, and two for bass. There are no standard EQ controls, just Blackstar’s ISF (Infinite Shape Feature), which adjusts the midrange voicing on a broadly British/American axis. This is a real asset, although with brighter guitars it would be handy to have the option of some straight treble attenuation, too. The effects are great fun, and the amp’s stereo capabilities have been put to good use with the spookily spacious reverbs.

We tried the Bluetooth with a number of devices, from Android phones to Macs. Initially, more than one of them struggled to lock in on the Blackstar; but once they did, we had a reliable supply of backing music to widdle along with. Then we stopped playing and carried on listening ± because you have to rest your fingers sometimes, and this thing makes a fine ghetto blaster. 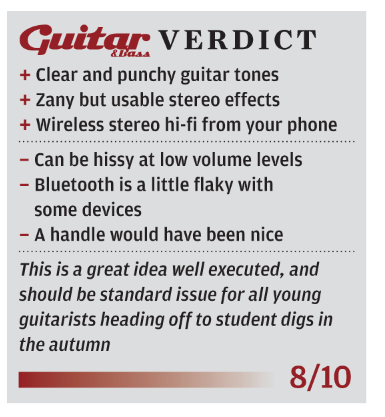