From a sleepy, picturesque corner of Lincolnshire, Norman Mitchell’s Old Hat Guitars has long been supplying players in the know with high-quality vintage gear. 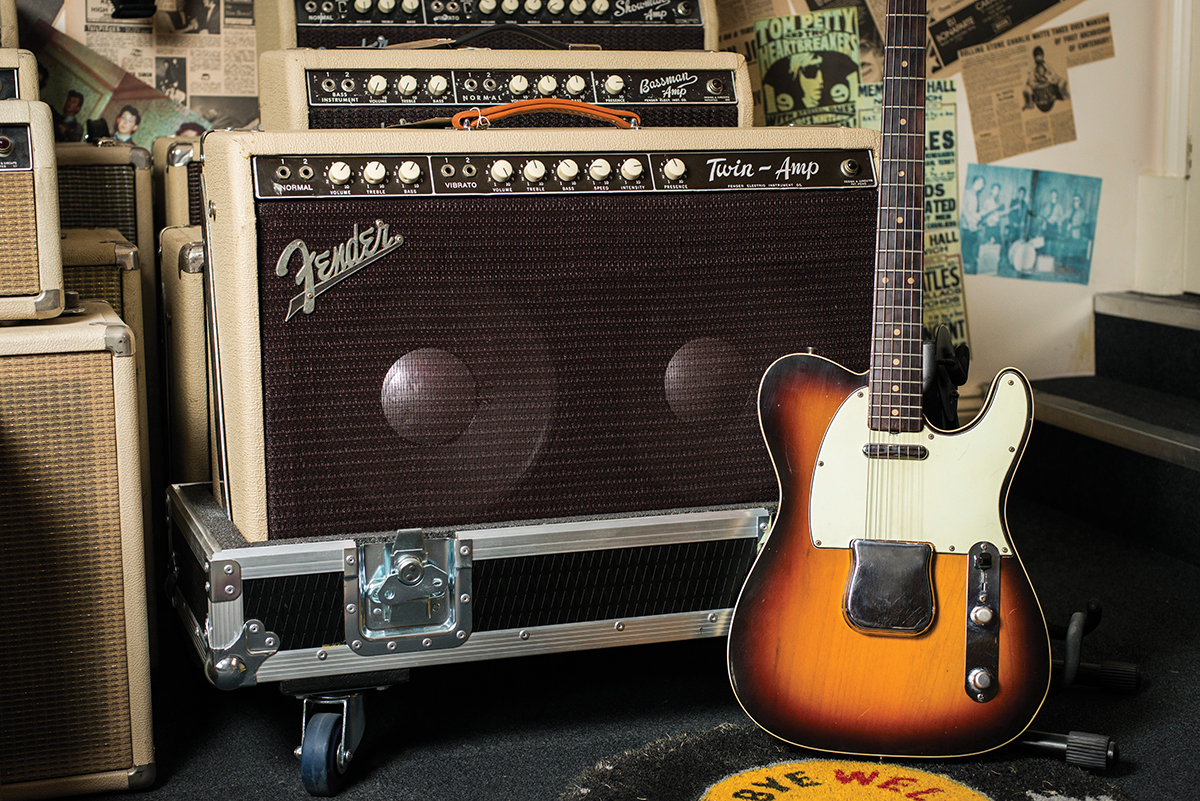 The shop downstairs is not even the half of it – upstairs in his museum, Norman curates a dazzling collection of rare vintage guitars and amplifiers that anyone can see, provided they support a charity close to his heart.

“Anybody can come up here if they make a donation to Cancer Research,” says Norman. “And if it’s a substantial contribution or I like ’em they can play anything as well! It’s a muso’s bolthole…”

In the first in a new series in which we’ll be showcasing some of the highlights of Norman’s collection, this month’s star pairing is a 1960 Fender Custom Telecaster and Twin, both of which have been restored to their original appearance after previous owners had made some ill-advised modifications.

“The guitar was restored by JW Black at Fender,” Norman reveals. “I restored the amplifier to how it should look visually. When I found it in America it had been painted black by its previous owner.

It had a torn fretcloth. But having looked at it in its sad condition for so long, I thought, this has got to go back to how it was. It was only when I stripped the blonde covering off that I discovered it was number three of the first production run by Fender in 1960.

“The amplifier had more power than the speaker technology at the time was able to cope with. Everybody modified them with JBLs, otherwise the speakers wouldn’t last a day in normal use. But we’ve had some fun with it – if you turn the treble up full with a Telecaster it will slice bacon in the next road. There’s so much cut on it. But it sounds great.”