Why lug that 12-string to the gig for one song? Looking for the ultimate reverb collection? A couple of new pedals from the smart folks at DigiTech might have the answers. Review by Marcus Leadley 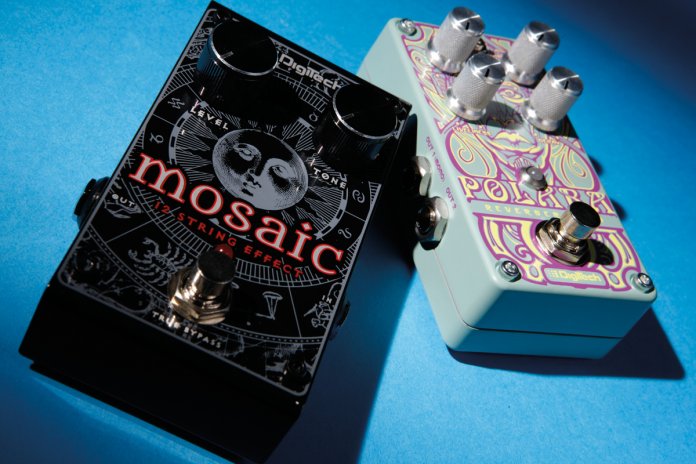 Here are two new DigiTech pedals that take us into a zone of shifting time and space. We have the unusual Mosaic, a polyphonic 12-string effect pedal, and the Polara, the latest contender in the world of do-anything-and-more multi-setting reverb pedals.

Mosaic
DigiTech’s 12-string effect pedal looks very cool and refreshingly un-generic. The custom enclosure is a good size without representing a problem for your pedalboard, and the zodiac black/grey graphic is arty enough without getting in the way of the unit’s function: you can still read the control legends, and the marker points on the knobs stand out clearly. There are only two controls, Level and Tone, but they’re interactive, so there’s a whole array of sounds and subtleties waiting to be created. 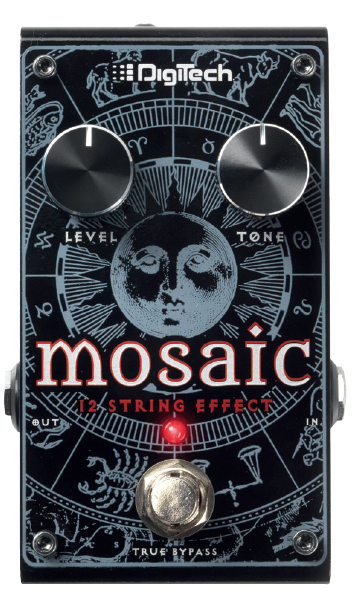 However, this is very much a single-function unit, so you’ll need to want the ‘thing’ it does – and that thing is primarily to make your six-string guitar sound like a 12-string. So either you’re going to be a player who uses a 12-string at least some of the time, or someone who wants incorporate a 12-string-like sound into their live or recorded toolkit without going all the way and getting an additional instrument – and at around £100, it’s certainly a cheaper option than a new guitar.

The unit is true bypass, so the intent is to make sure your basic, uncoloured sound stays pristine, and DigiTech is promising precision tracking and artefact-free sonic loveliness.

Sounds
As the Mosaic is basically an application of pitch-shifting technology it soon becomes clear that the more you play your guitar like a 12-string, the more it sounds like a 12-string. Picked and strummed chords and single-string melodies (especially those executed on the higher strings) sound very good. The pedal works equally well with electric or electro-acoustics.

It’s a much more believable 12-string simulation than you can create with a chorus pedal or an older-generation pitchshifter, but as soon as you start to bend strings the illusion is lost. That’s not to say that the sound becomes dysfunctional – far from it; there are some great lead sounds to be had and overdriven blues and bottleneck are loads of fun, but sticking to a 12-string style performance for 12-string like sounds is the house rule, basically. If you’re using single coils, the unit seems to perform best with the tone control set to the bassier end of the spectrum, while humbuckers benefit from a brighter, more toppy setting. In both cases less is generally more in terms of Level.

Used as a subtle shade, with the effected signal set at a level just below the dry signal, the effect is relatively transparent, adding a rich sonic layer. Pushing the Level control a little harder brings on a more classically ‘60s tone which is a little more phasey, but still believable. For our taste, the effect becomes a little too obvious and pronounced when you move into the last third of either control’s travel. 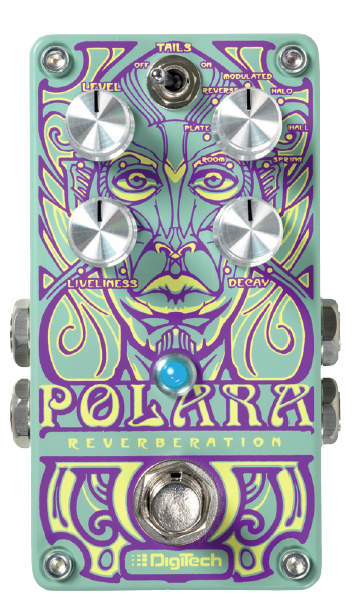 The mini-toggle is labelled Tails: when on, the reverb tail decays naturally when the effect is switched to bypass, while when set to the off position, the reverb decay will end abruptly. The unit can be used in both mono or stereo, and one of the big selling-points is that it comes loaded with genuine Lexicon reverb algorithms. Finally, while the Mosaic ships with the required power supply as part of the deal, the Polara doesn’t. That’s a shame. 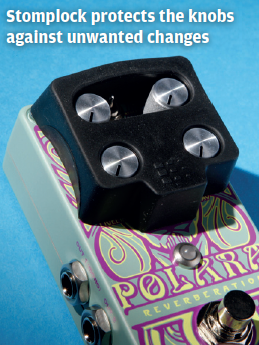 Sounds
For the money, this is an very useful tool. The reverbs sound excellent and there is enough control to enable you to ‘tune’ the reverb to your performance or the role it plays in an overall mix. The unit also ships with the clever little rubber Stomplock which secures your finely-tuned settings against clumsy handling or a stray boot.

The Spring setting recreates the ‘drip’ of surfy, amp-reverb sounds. Plate delivers the classy but unnatural sheen of ‘’60s/’70 production. Room and Hall are useful settings that will create believable live spaces around your tone or help bring software simulations to life, and Modulation and Halo fill your ears with swilling, chorussy vibes.

If you’re looking for spaced-out ambiences, here’s where you get positively ethereal. Reverse mode is bonkers – and loads of fun. The dry signal is eliminated, so it’s off to a psychedelic realm you go.

Verdict
The Mosaic is a one-trick pony, but what it does, it does very well. The controls work smoothly so you can mix the effect nicely with the dry signal. The big ‘but’ is that it’s only a single-use pedal, and it’s hard to see why it couldn’t be one setting on a more multi-purpose unit. And the Polara reverb?

On the downside, we like the graphics but reading the pedal or knob settings in low light is difficult. Still, this is a very useful bit of kit; stereo operation adds a dimension of flexibility, it has loads of applications, and it would be a real upgrade in terms of both features and sounds for someone with an older-generation reverb pedal. 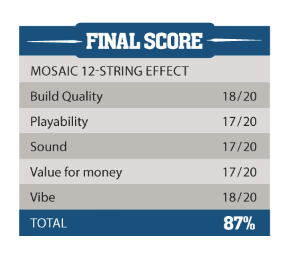 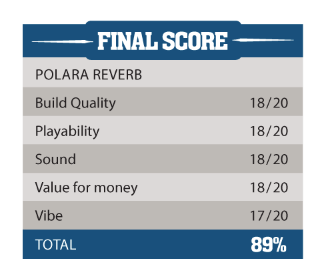