The Z-Lux promises to be a handwired, stripped-down, souped-up version of a classic. 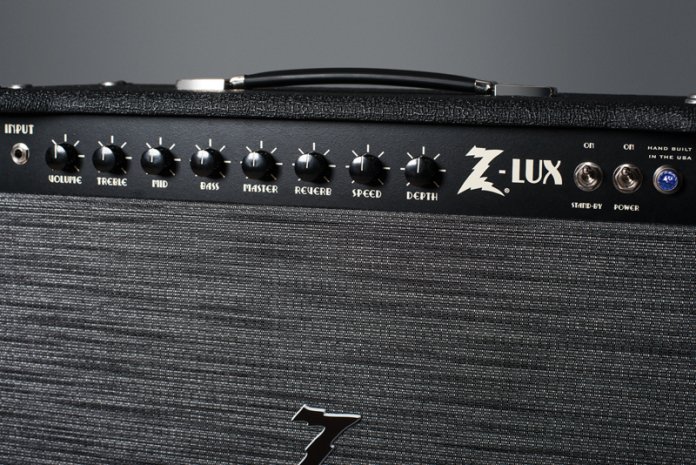 Mike Zaite is no newcomer to the high-end amp market. He started working on valve amps when he was just 13 years old, and Joe Walsh first played through one of his amps in 1988. When Walsh ordered a load more to take on a world tour with The Eagles in 1994, Zaite was able to quit his day job and Dr Z amps quickly garnered a great reputation amongst pro players throughout the US.

Dr Z amps have never been slavish reproductions. Most feature innovative twists, although some of Zaite’s designs are clearly influenced by the classics. The Z-Lux is a case in point because it’s a combo with a single 12-inch speaker, reverb and tremolo. 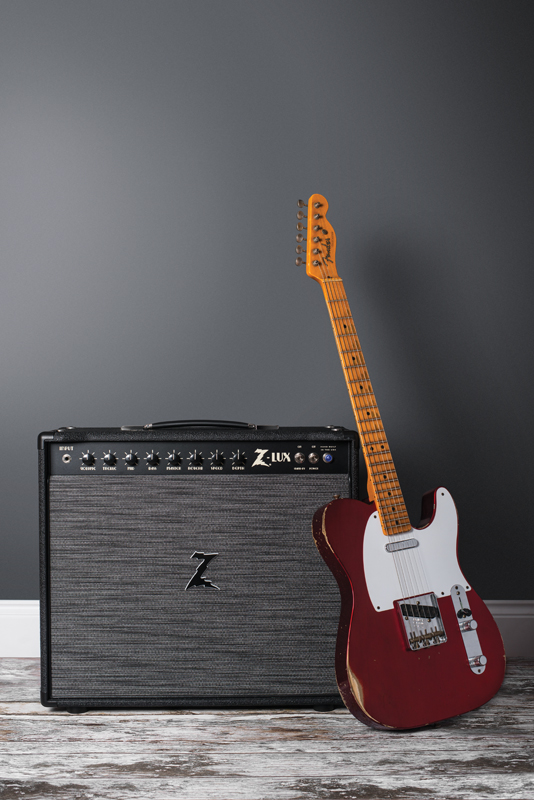 At first glance, the name and specs suggest a Fender Deluxe Reverb theme, but look a bit closer and it soon becomes obvious that there’s a lot more to it. Many players love the old Deluxe Reverb because you can crank it up for valvey break-up at pub and club levels. The drawback is that 22 watts doesn’t necessarily provide enough clean headroom to cut it when you’re playing bigger gigs or with a loud drummer.

Dr Z’s solution to the Deluxe headroom issue is more akin to two amps in one. With a power stage derived from the Dr Z Remedy model, the Z-Lux has four 6V6 power valves and a half-power switch. So it can run at 40 or 20 watts, while maintaining the juicy 6V6 tone that many of us love from small- and medium-sized American amps.

Compared to a Deluxe Reverb, the Z-Lux is more straightforward. There’s just one channel, with spring reverb and a tremolo circuit that’s valve-driven rather than optical. The amps ships with two footswitches: the first is a Fender lookalike dual switch for the reverb and tremolo, the second is a boost switch. Both have sturdy metal enclosures and plug directly into the rear panel adjacent to three speaker connections labeled 4, 8 and 16 ohms. The onboard speaker is custom made for Dr Z by Eminence and it’s rated at 8 ohms. 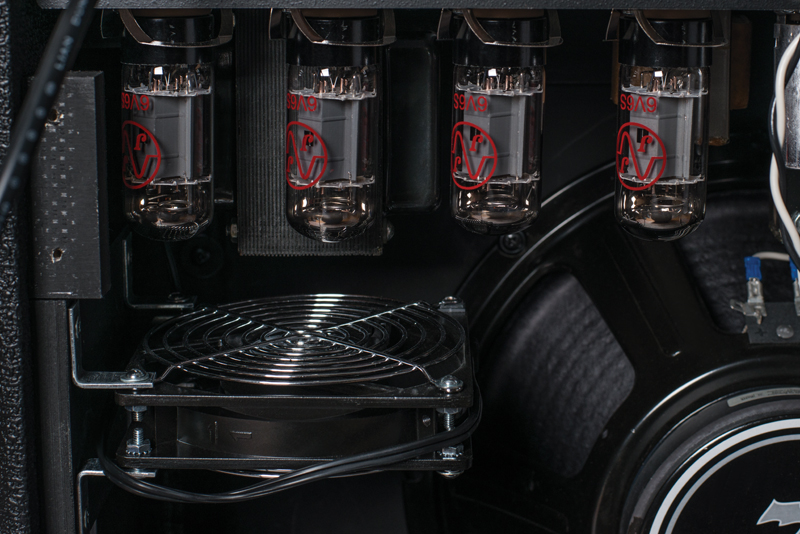 All the controls should be familiar. From the left, they are labelled volume, treble, mid, bass, master, reverb, speed and depth, and they do exactly what you’d expect. Inside, the construction is pin neat with components handwired and cabling laid out immaculately.

Component spotters may be interested to learn that capacitor types are chosen specifically for each amplification stage and include Mallory 150s, Sprague Orange Drops and hand-made Jupiters. The transformers are all very substantial, and just like the various valve bases, potentiometers and sockets, they’re attached directly to the aluminium chassis.

The Z-Lux is one of those amps that just keeps on giving. It’s easy to dial in, covers an impressive range of frequencies and gain settings and can get very loud without hurting your ears. The underlying flavour is vintage and Fender-like, but thankfully devoid of the lifeless feel and glassy trebles that are sometimes associated with the more powerful Silverface models. 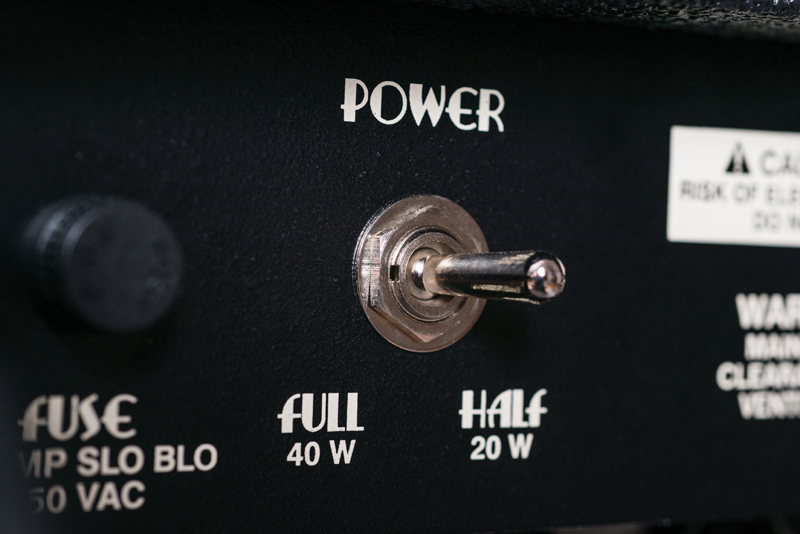 At full power, the Z-Lux has a big and three-dimensional tone that feels supple and dynamic with single coils as well as humbuckers. For clean tones, max out the master control and turn the gain up to achieve the optimum volume level. With single coils, things should stay clean so long as the gain control doesn’t pass halfway.

When the Z-Lux starts overdriving, it comes on very smoothly and it’s easy to dial in exactly the right amount. The overdrive responds really well to playing tough and I found it easy to find the point where digging in adds some `hair’ to the tone, but when playing lightly it’s pure and clean.

The tone controls are powerful and have a wide range. It’s all too easy to have pre-conceived ideas about where tone controls should be set and draw spurious conclusions. Relying on your ears rather than your eyes is the best way to get the sound you want. I mostly kept the treble and bass controls below halfway regardless of the guitar I was playing, and I used the middle control to fine-tune the shading. 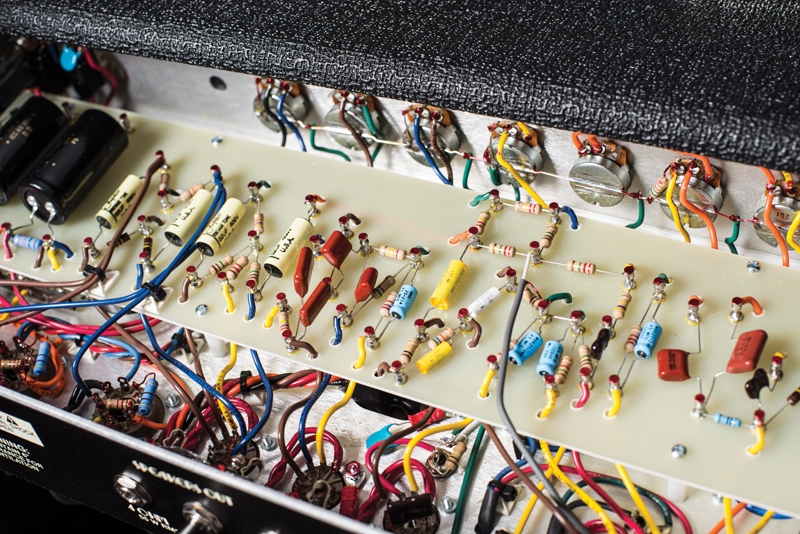 The reverb is outstanding. It manages to add a barely perceptible halo at low levels, but towards maximum you could be fooled into thinking the amp is in a different room. The reverb’s well-voiced treble response gels really well with the guitar signal by not swamping clarity or definition with the intensity of the effect. As for the tremolo, I can only describe it as one of the prettiest I have heard. Regardless of intensity, it always remains playable and the speed range cannot be faulted. You would be hard pushed to find a pedal tremolo that sounds this beautiful.

The boost is perhaps the Z-Lux’s cleverest feature. It’s achieved by bypassing the tone stack and having no tone controls, or just a simple treble roll-off, and is more reminiscent of low-and mid-power tweed Fenders. 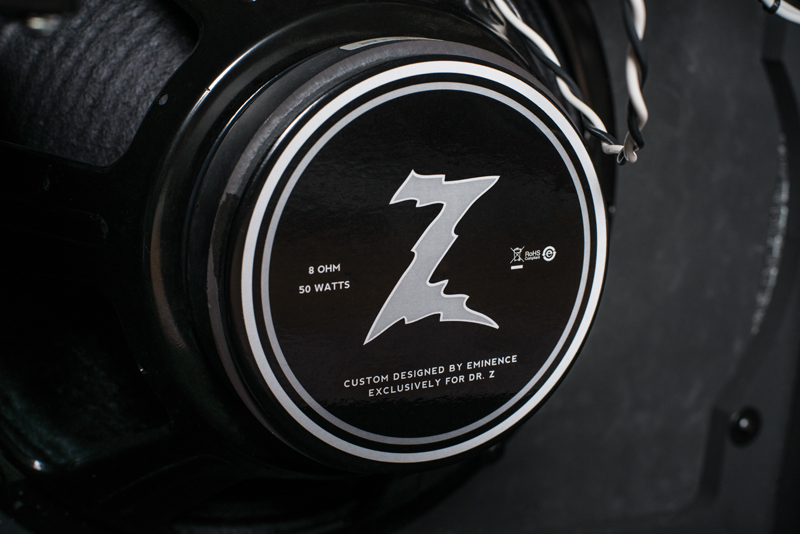 When cranked, the Z-Lux certainly veers towards tweedy heavy overdrive with boost engaged; I would guess there’s some treble shaping going on because the treble remains sweet with the boost activated, but you get more midrange grind, extra body and a hint of compression in the lows. The master volume keeps the level in check and the power switch allows you to tailor the output to the size of the venue.

Although it does the job very well, the boost is not merely a switchable volume hike for soloing. It adds another dimension to the Z-Lux, and those of us with tweedy tendencies may choose to play with the boost engaged most of the time. It’s a bit like having a bigger and louder 5E3 Deluxe with the added delights of reverb and tremolo. 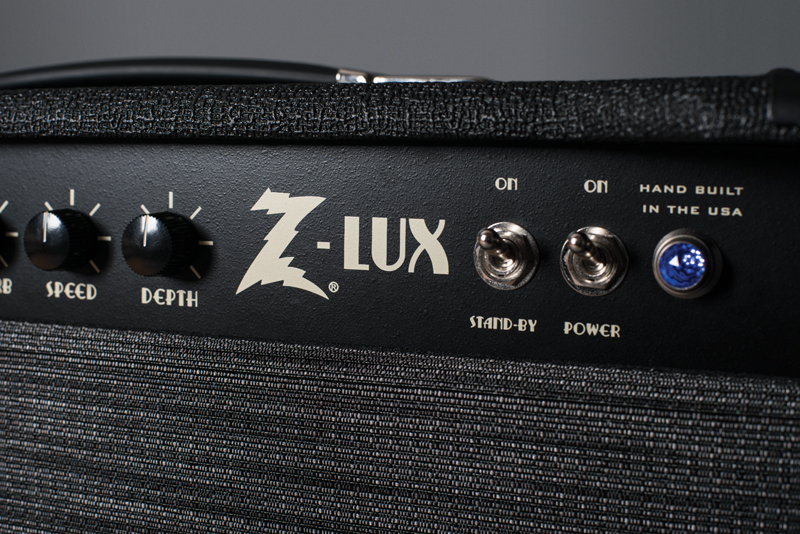 Joe Walsh apparently considers the Z-Lux to be the best amp he owns. Regardless of how many amps are in his collection, the Z-Lux gives me no reason to doubt the veracity of this claim. 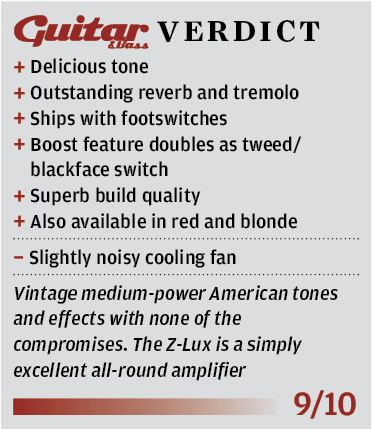