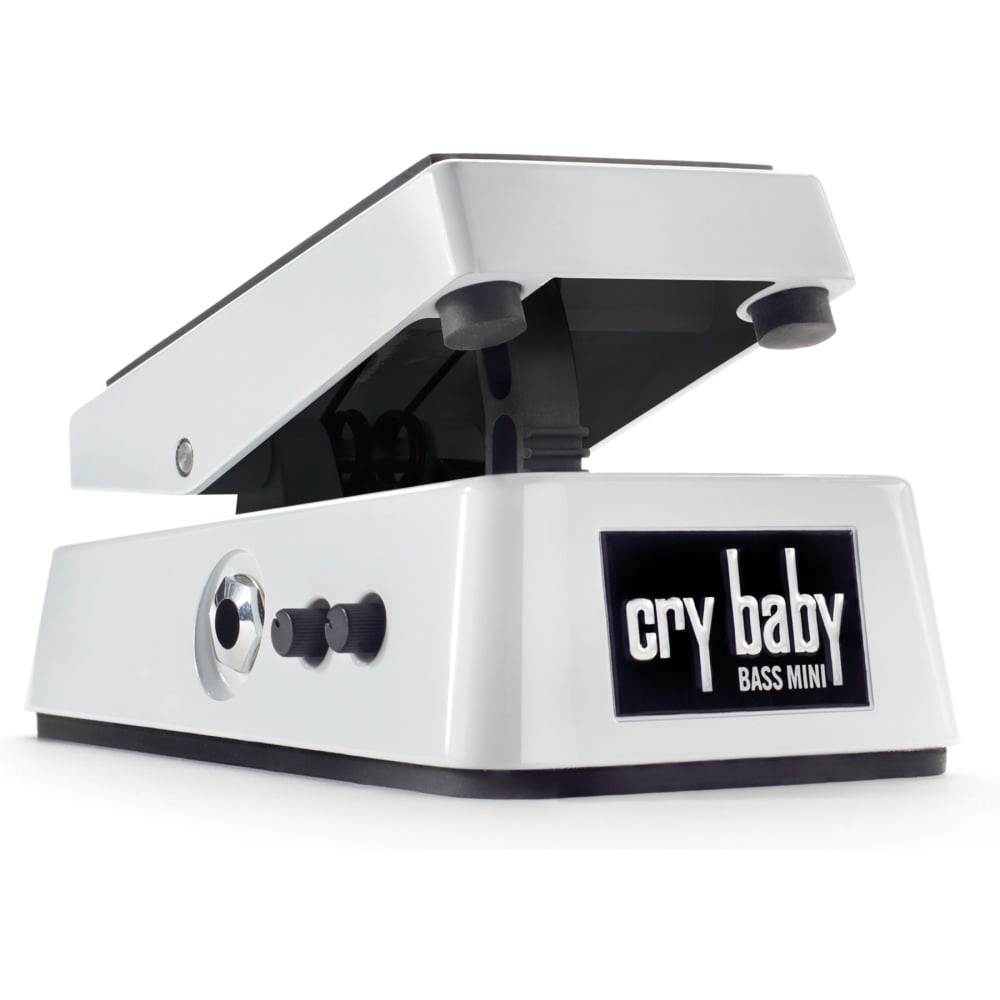 Wah has been a popular effect with both funk and rock bassists since Bootsy Collins and Geezer Butler turned us on to its gurgly delights way back in the early 70s. Dunlop’s 105Q Cry Baby Bass Wah has been around for almost 20 years and yet, while it’s unquestionably a splendid unit, it’s not exactly compact. The new Cry Baby Bass Mini Wah is the company’s solution for bassists with a crowded pedalboard who just can’t live without a wah.

The Mini Wah has diminutive dimensions, but don’t be fooled – its lightweight aluminium construction is definitely rugged enough to survive being thrown around in the back of the van and on stage. About the size of a standard stompbox, this Cry Baby’s shiny white enclosure lends a familiar retro air to proceedings and the grippy rubber on the treadle section completes the connection to its forebear.

There are two tiny, side-mounted black rotary controls for effect volume and adjusting the Q or frequency range coloured by the effect. Simply put, the higher the Q level, the brighter the effected sound. Operation is as you’d imagine – press down the spring-loaded rocker pedal to engage (there’s an internal switch at the front of the unit) and release to disengage.

Dunlop has kitted out the Mini Wah with auto-return switching, so there’s no click when disengaging, but you might notice a slight delay before your clean sound returns.
To counter this, removal of the base plate reveals the auto-return delay control in the form of a small white trim pot, and a few minutes of trial-and-error adjusting will get you virtually seamless bypass. The Mini Wah is powered either by mains or, via removal of the base plate, nine-volt battery.

Aside from some simple tinkering with the auto return trim pot, the Q control is the real key to getting the most out of this pedal. On the anti-clockwise side, the effect is a more subtle, shimmering sound with a softer attack, peaks that aren’t particularly spiky and plenty of natural warmth. High-register noodling is pleasingly guitaristic, and utilising the difference between heel- and toe-down positions makes punchier, more staccato playing funkily impactful.

Rotating the Q control clockwise unearths more snappily aggressive wah with enhanced higher frequencies, although take care near full rotation as it gets a little wild. Being able to switch the effect in and out without fuss makes kicking the Mini Wah in for occasional moments a really creative way to use this rather cool device. 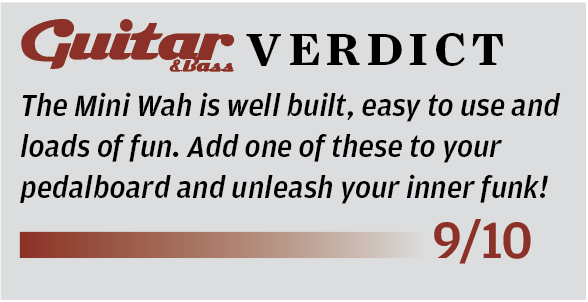