This miniaturised wah is still a Cry Baby, but has some surprisingly grown-up added tricks – so do you need half-size feet to use it? 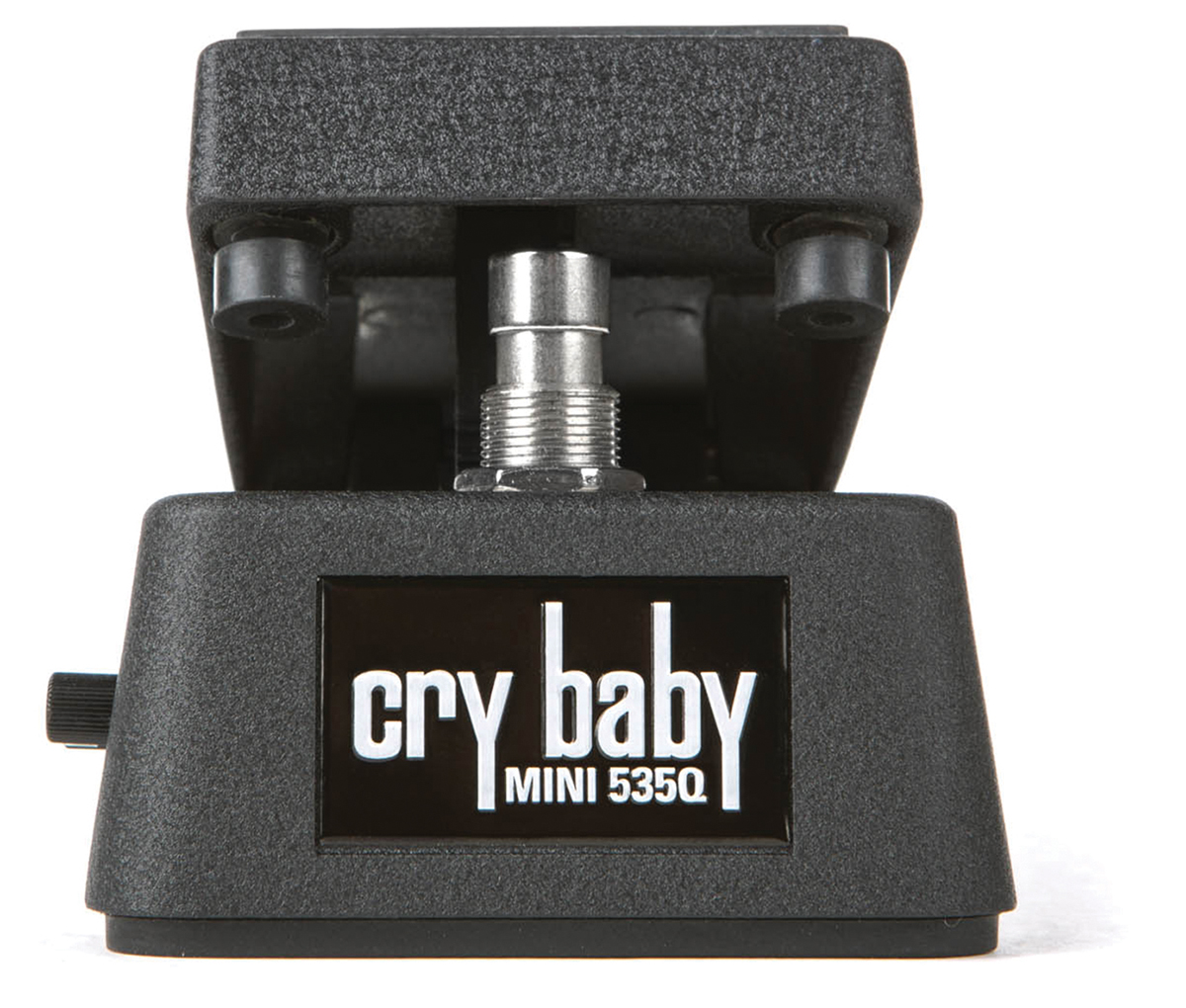 The case of the ‘incredible shrinking stompboxes’ continues to take intriguing new turns. While the advantages of mini pedals are clear – more effects-per-square-inch of stage, less arm-ache on the way home – the current fad for miniaturisation hasn’t really stretched to treadle-based units, such as wahs. This is down to one very simple factor: the sheer expense of foot-reduction surgery. But since 2015, the four-inch Cry Baby Mini has been proving that you can operate a half-size wah with a full-size hoof… and now it’s even found room for some extra features.

No mere ‘travel’ option, the Mini 535Q is a fully featured wah for the discerning modern rocker and/or funkster. A red Fasel inductor creates the effect itself, and a four-position slider switch on the side allows you to change the upper and lower limits of the effect’s frequency range (one up on the basic version’s internal three-way switch). A separate Q control lets you choose how hard the midrange kicks out through the centre of the sweep, and on top of all that, there’s now a switchable boost with its own volume control.

Right then, what’s it to be: ball of the foot hanging off the front, or heel hanging off the back? Neither is ideal, and a bit of both can feel even worse at first, but it certainly gets less awkward after a bit of practice.

Adopt a relatively solid stance and you’ll soon be rocking away in familiar style… even if we’re not convinced it’s possible to ride it with quite the same confidence as a full-size treadle. Will you miss the reassurance of a larger contact area? It’s a personal thing, and so the age-old advice applies: if in doubt, try one out.

We have no reservations about this unit’s other features. The archetypal wah tone is right there at your feet; and by combining the range switch and Q control, you can fine-tune its voice with great precision. Your key variables are how piercing it gets at the top of its travel, and how honky it is in the middle. This isn’t about radical revoicing, just zoning in on the perfect wah shade for each occasion.

The boost switch offers up to 16dB of extra oomph for when you kick into your big Voodoo Child solo, and it’s just a pity there’s no way of turning this on and off on the fly… unless you’re confident you can hit that little side-mounted switch with the tip of your right stiletto. Still, if you really want a footswitchable boost, you’ve got room for a separate one on your pedalboard now. 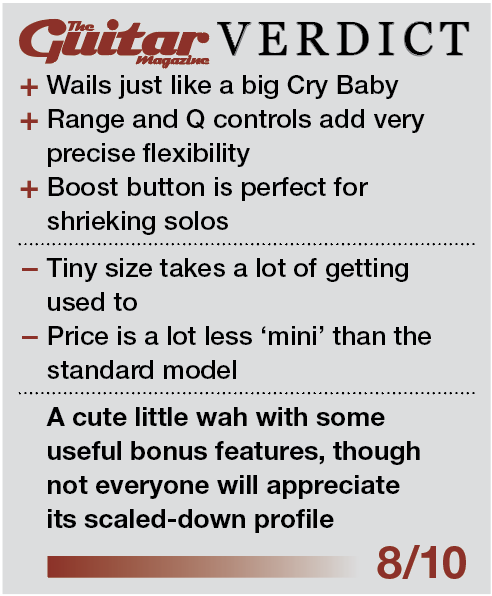