After taking the Avalanche Run on the festival circuit, Paul Gregory plugs in an expression pedal as his band prepare for their UK tour… 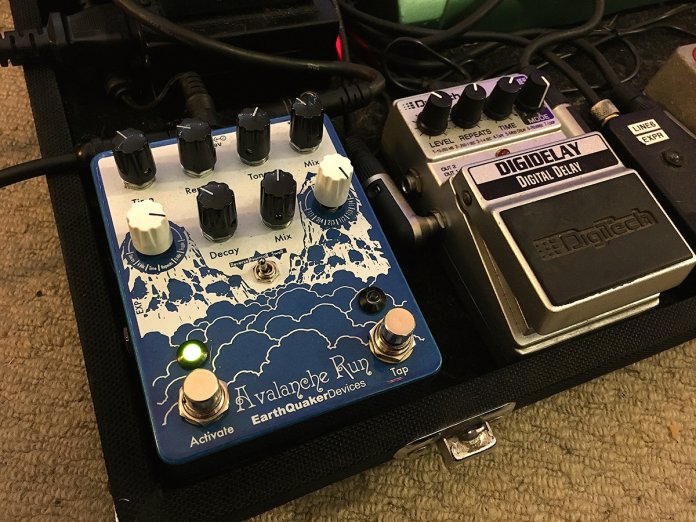 In my first test report, I’d known the Avalanche Run for only a week before I used it live. It’s now been two months, and I’ve had time to really get to know it better. In that time, Lanterns On The Lake played another UK festival and then headed off to Germany to play the Substage and Golden Leaves festivals, as well as starting rehearsals for our UK tour in November.

I had been powering the pedal using a Diago Powerstation, with no daisy chain attached, just straight in, so it had its own supply. All my other pedals are powered via a Voodoo Lab Pedal Power 2 Plus. As I’d already decided the Avalanche Run would become a permanent fixture on my pedalboard, I thought it might be time to remove the Diago and power it via the Voodoo Lab to clean things up a bit. 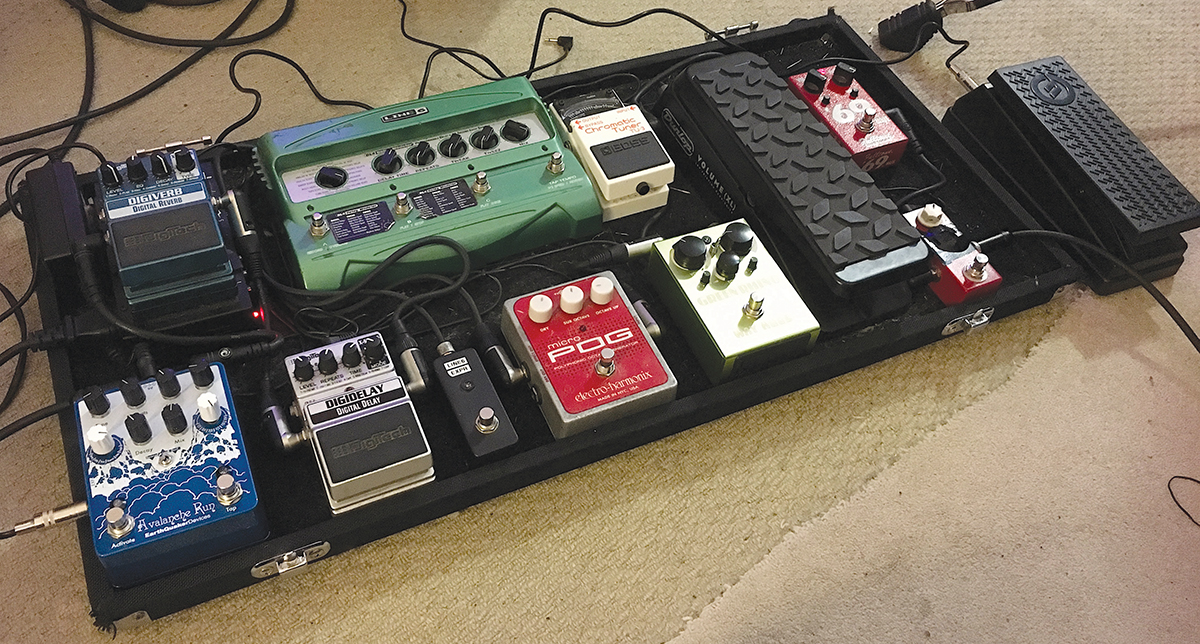 I tend to assume the Voodoo Lab will power anything on Earth, and my general philosophy for powering pedals is, if you plug it in, the light comes on and it makes a noise, all is good and off we go. Hooking it up to the Voodoo Lab certainly got the Avalanche Run working.
However, the tap tempo began to act strangely. I’d tap in the time and nothing would happen, or it would come up with a different time.

A quick email to EarthQuaker Devices and it turned out that the Voodoo Lab slightly under-powers the pedal, causing the issue – the Avalanche Run requires around 425mA. After a quick slap on the wrist for not reading the manual properly, I hooked it back up to the Diago Powerstation (which supplies up to 3000mA). Problem solved. 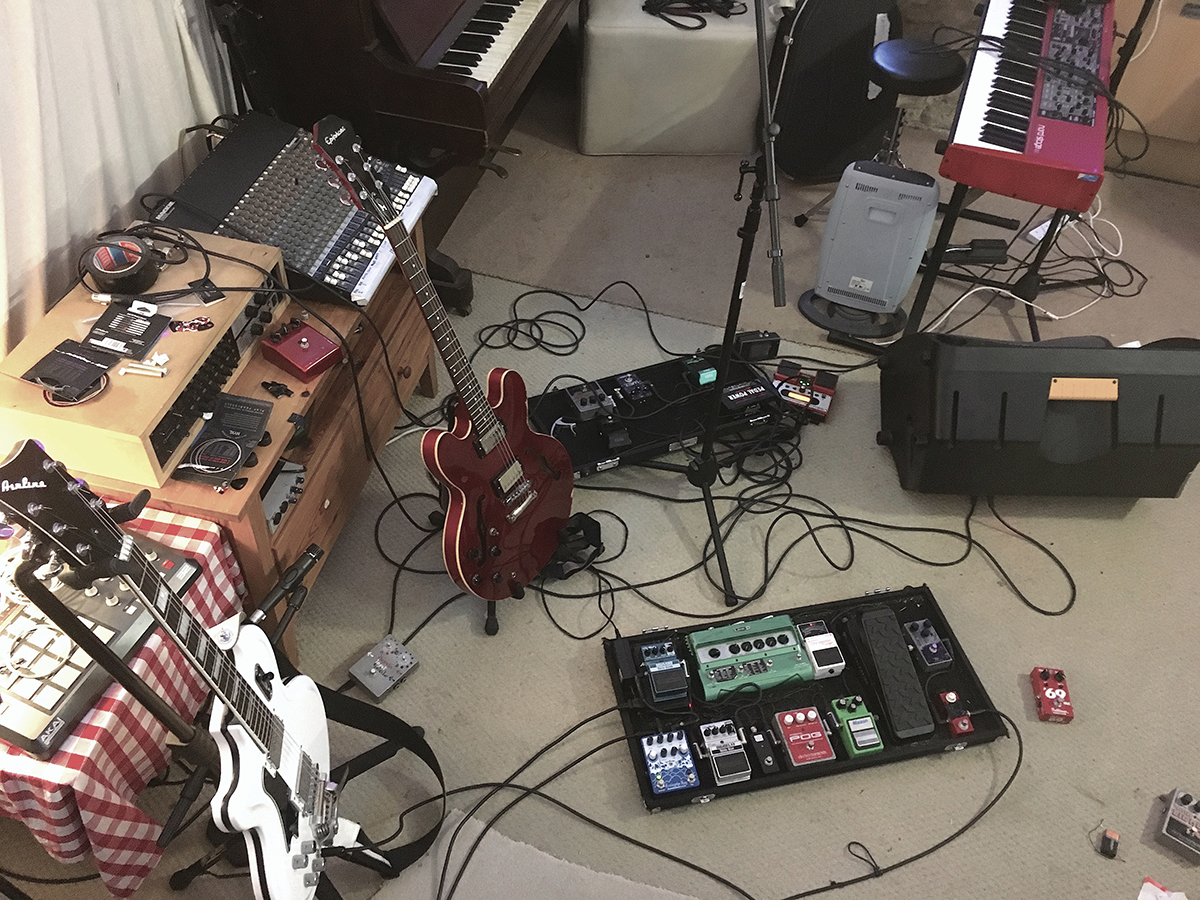 I also finally got hold of an expression pedal – a Moog Moogerfooger EP3 – to test out some of the things I couldn’t last time.

The two settings I was interested in for live use were the delay mix and the delay feedback, the former acting as an on/off function for the delay so I could use the reverb independently, the latter for maxing out the feedback to create sound-on-sound style looping.

Using the expression pedal for both functions works flawlessly. The feedback function is amazing for pseudo looping – you can get some really epic pieces as the delays cascade into the feedback, creating a whole host of ambient noise, and in a live setting it’s very easy to control. 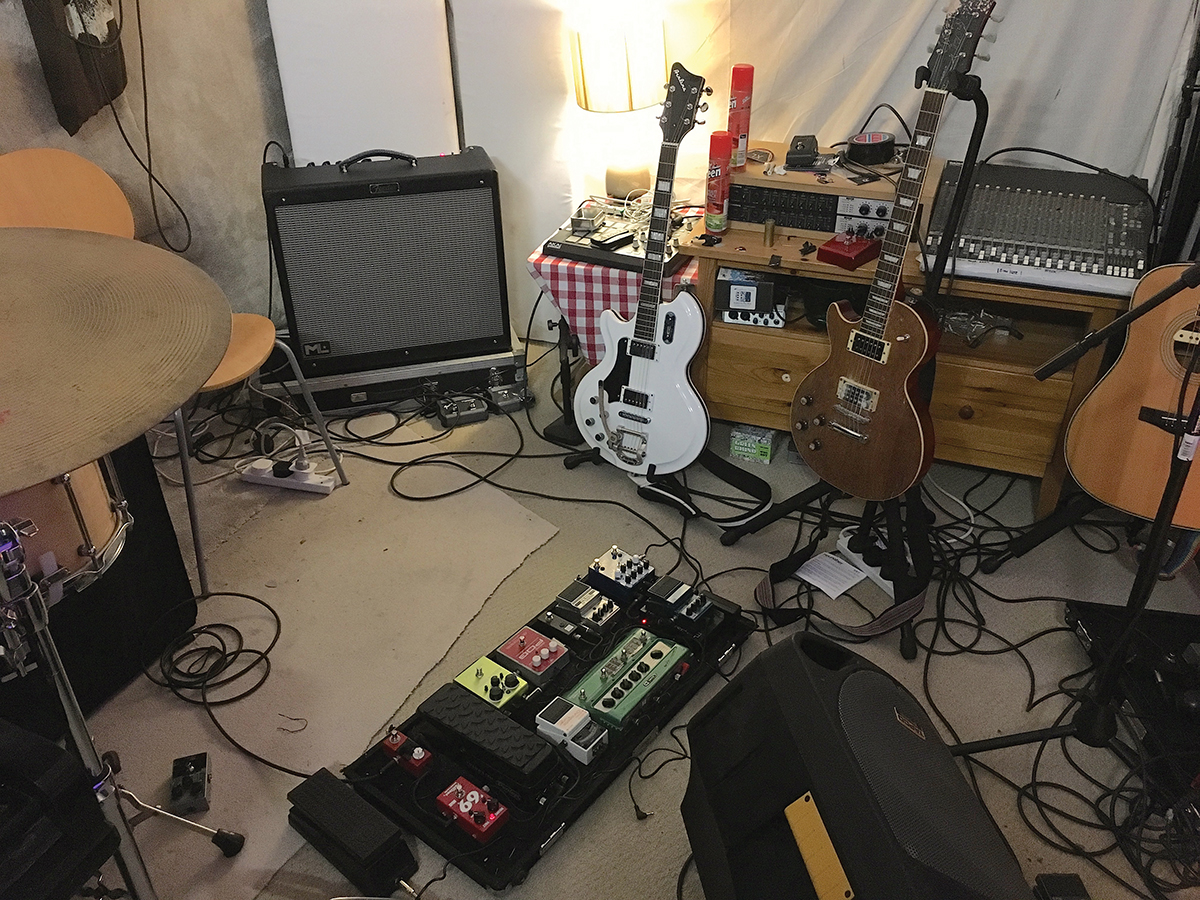 It does the glitchy thing, but it has a great depth to it, allowing you to create all sorts of warped guitar sounds – very distinct and still musical.

Slight movements on the expression pedal bend the notes up or down, and it sounds as if they’re being stretched and ripped apart. Combined with layers of fuzz, you can get some fascinating tones using this. This pedal has so many possibilities hiding in it and each one I’ve found has been very usable. I’ve loved my time with it – it’s going nowhere!