One of the stars of Winter NAMM 2017 lands in the UK. Chris Vinnicombe checks out a new way of making things old… 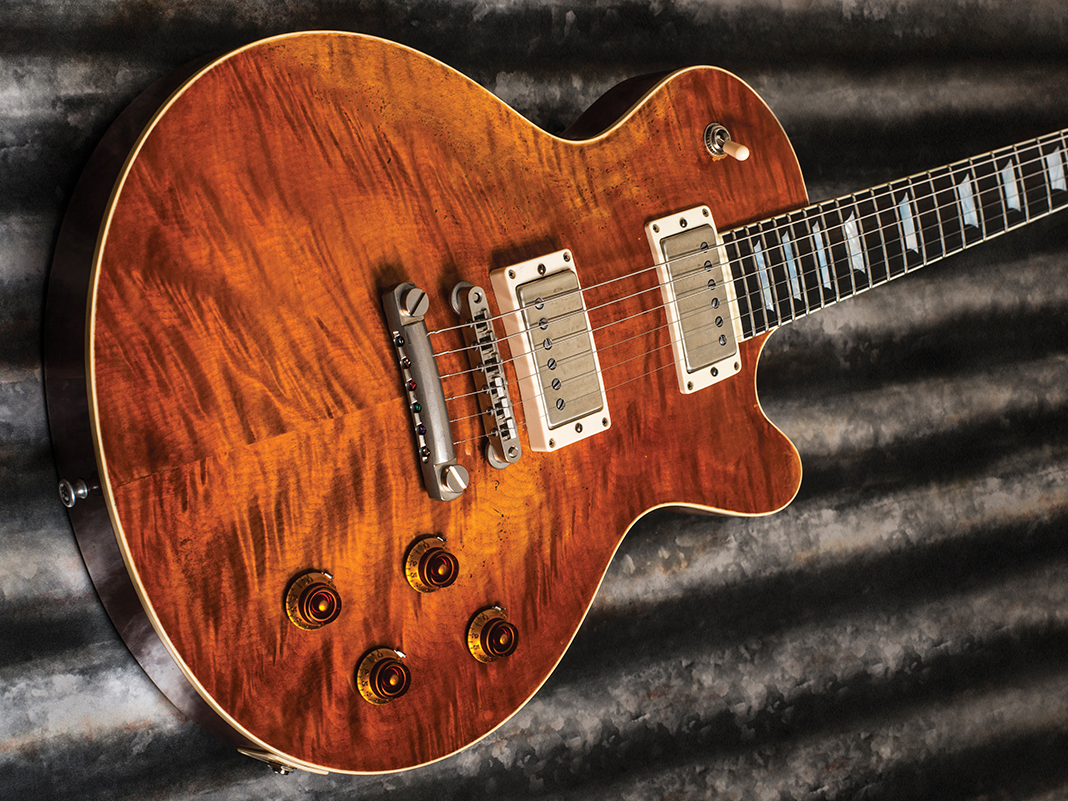 Anyone who has ever attended the Winter NAMM Show in Anaheim, California will agree that for all the excitement that it generates around new gear, it’s one of the most challenging environments on earth in which to attempt to make a value judgement about what something sounds like. And yet every year there are one or two rare moments in which somebody hands you a guitar and the free-jazz hurricane of the show melts into the periphery of your senses.

Suddenly you’re lost as the pure experience of playing an instrument – or perhaps a well-chosen combination of guitar and amplifier – breaks down the physical barriers between the player and the music they find themselves creating. And if that sounds pretentious, blame the combination of jetlag and a hangover. 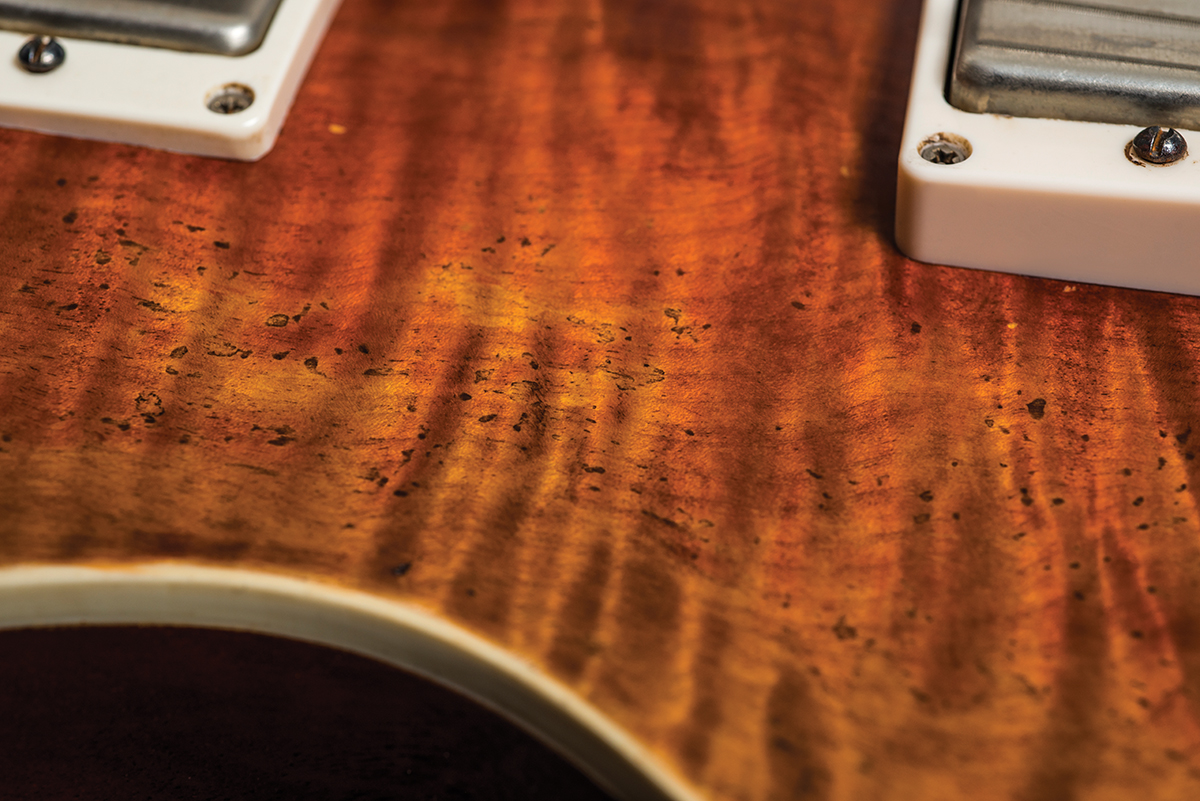 We had two such moments this year, the first of which was brought about by a Walsh Guitars Nesher (a boutique offset with a crazily good roasted maple neck and gorgeous-sounding McNelly pickups) into a new, 6V6-loaded Bad Cat. The second was on the Eastman Guitars stand.

For the uninitiated, here’s a history lesson: the Eastman Strings company was founded in 1992 by Qian Ni, a Chinese national who had travelled to the USA to study music. Ni established master violin and bow-making facilities in his home country, seeking to emulate the traditions of the late 19th Century European workshops. Following the principles of hand-crafting and affordability, Eastman moved into archtop guitars, mandolins, flat-top acoustics and electrics. 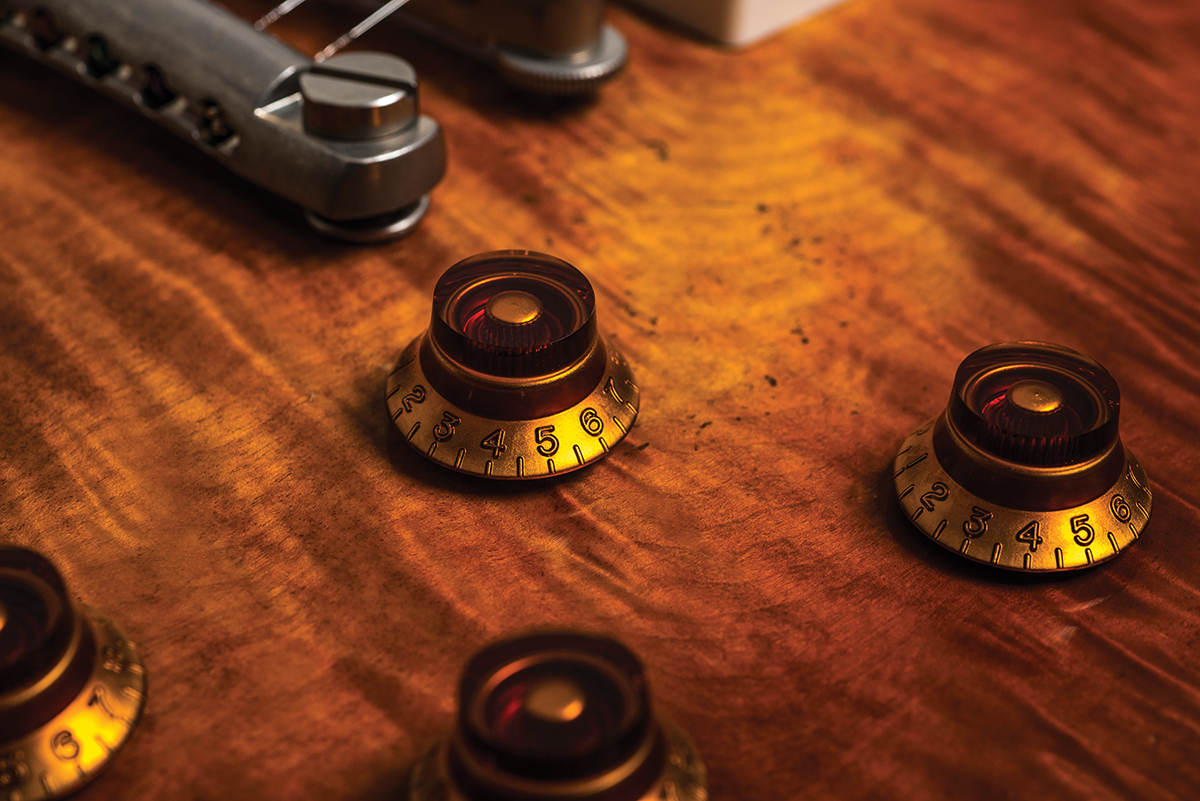 Back at NAMM 2017, we had our first encounter with Eastman’s new Antique Varnish series of electric guitars, including several vintage-inspired thinline and hollowbody models and the SB59/V – the company’s first solidbody. Plugging into a 3rd Power Amps Wooly Coats combo (think boutique Princeton), we were left fairly smitten by the ES-330 style T64/V, the 6120-influenced T58/V and this curvaceous rewrite of a rather influential late-50s singlecut from Michigan. 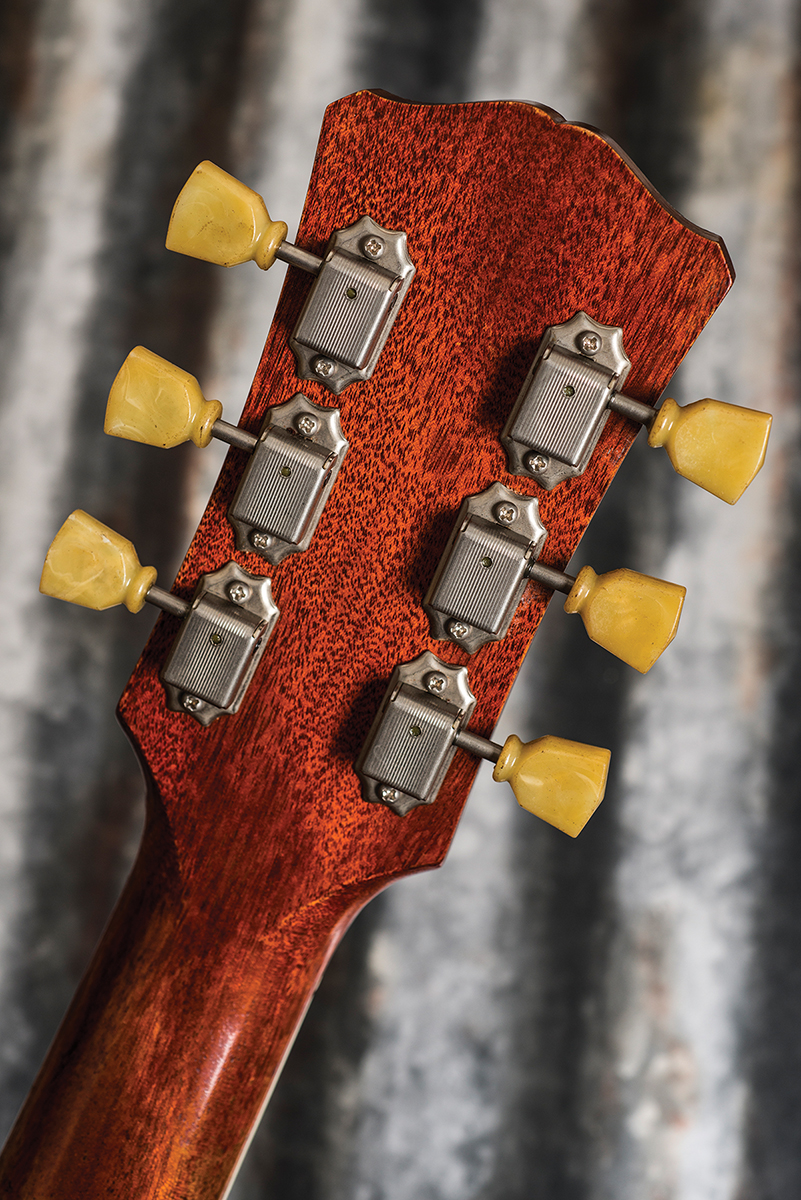 The first thing you notice when you pick up any of these guitars is the aged Antique Varnish finish, which is unlike the faux distressed paint jobs you’ll find elsewhere in the market (find out more about the process on p61). As it’s not nitrocellulose lacquer, there’s no checking, but you do get an attractive patina that gives the instrument a kind of old guitar look and feel straight out of the case.

The French-polished top coat contains shellac and is softer and less resistant to stains than a nitro or poly finish. That said, it’s easier to blend in repairs, and we’re guessing that if you are attracted to this type of aesthetic in the first place then the prospect of adding your own playing wear to the areas where the amber colour coat has been rubbed through at the factory is appealing. 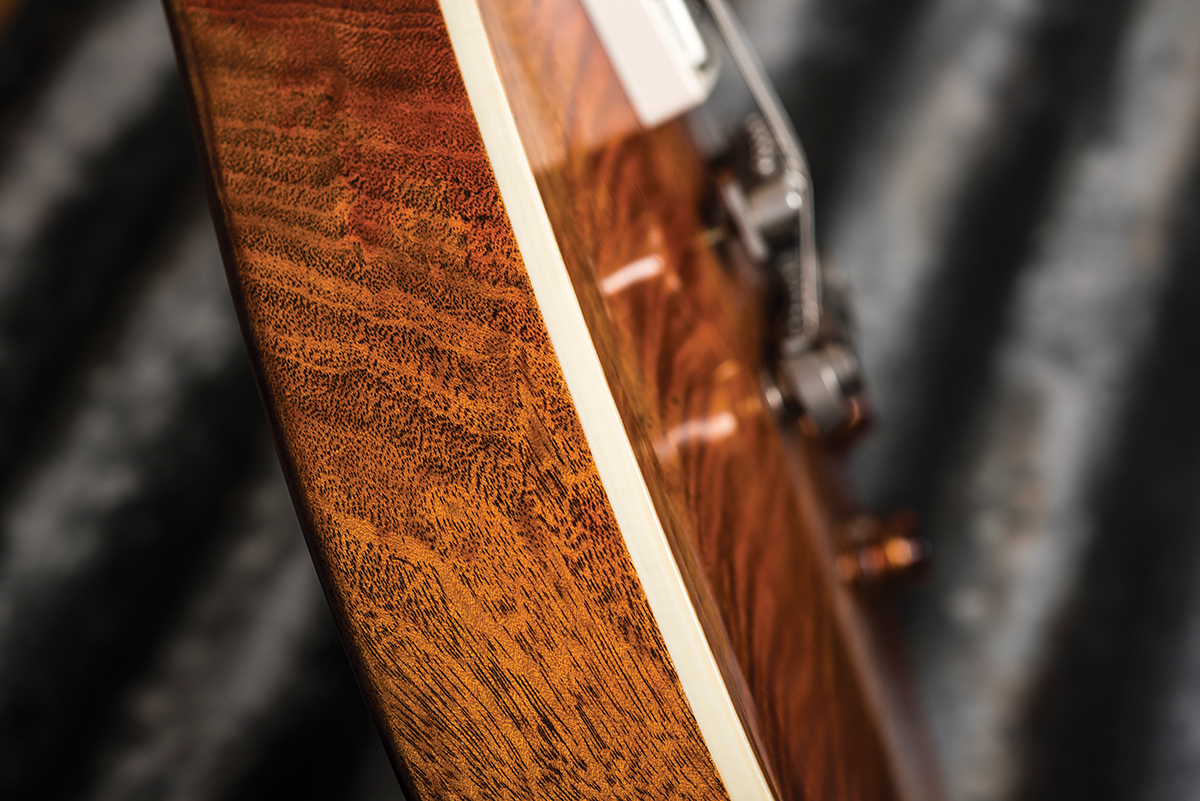 There’s also a redder Antique Classic finish available, but if neither are your thing then the regular Eastman SB59 model is available in pristine nitro for £1,399. We’d love to see an Antique Varnish version of a lemon burst. 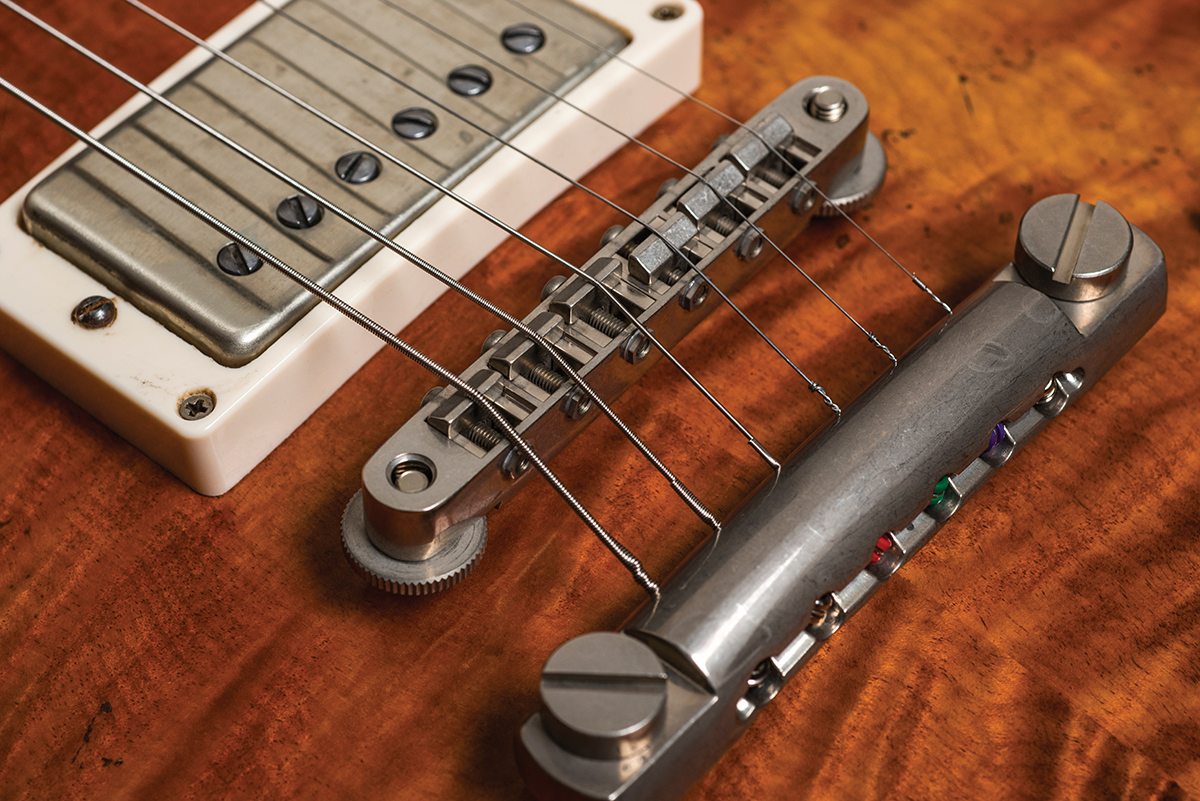 The one-piece mahogany back is bonded to a highly-figured, bookmatched flame maple cap that has vivid, three-dimensional shimmer as it moves under light, and while construction generally follows the LP tradition, departures include a one-piece mahogany neck with no ‘wings’ on a headstock outline that we prefer to the larger, more flared design on Eastman’s thinline and archtop models.

22 Jescar nickel silver, medium-jumbo frets have been installed neatly over the binding, so there’s a little more playing area available than that offered by the traditional Gibson method, and there’s no chance of strings catching on nibs.

The fingerboard, headstock fascia and truss-rod cover are ebony, the visible grain and lighter areas of which are more pleasing in combination with the body’s amber hue than a jet-black variety might be. Some buffing compound is visible in the pores of the headstock veneer, but as our review model is a prototype we’ll give Eastman the benefit of the doubt – in any case, it’s something we’ve seen from other brands on USA-made instruments of twice the price. 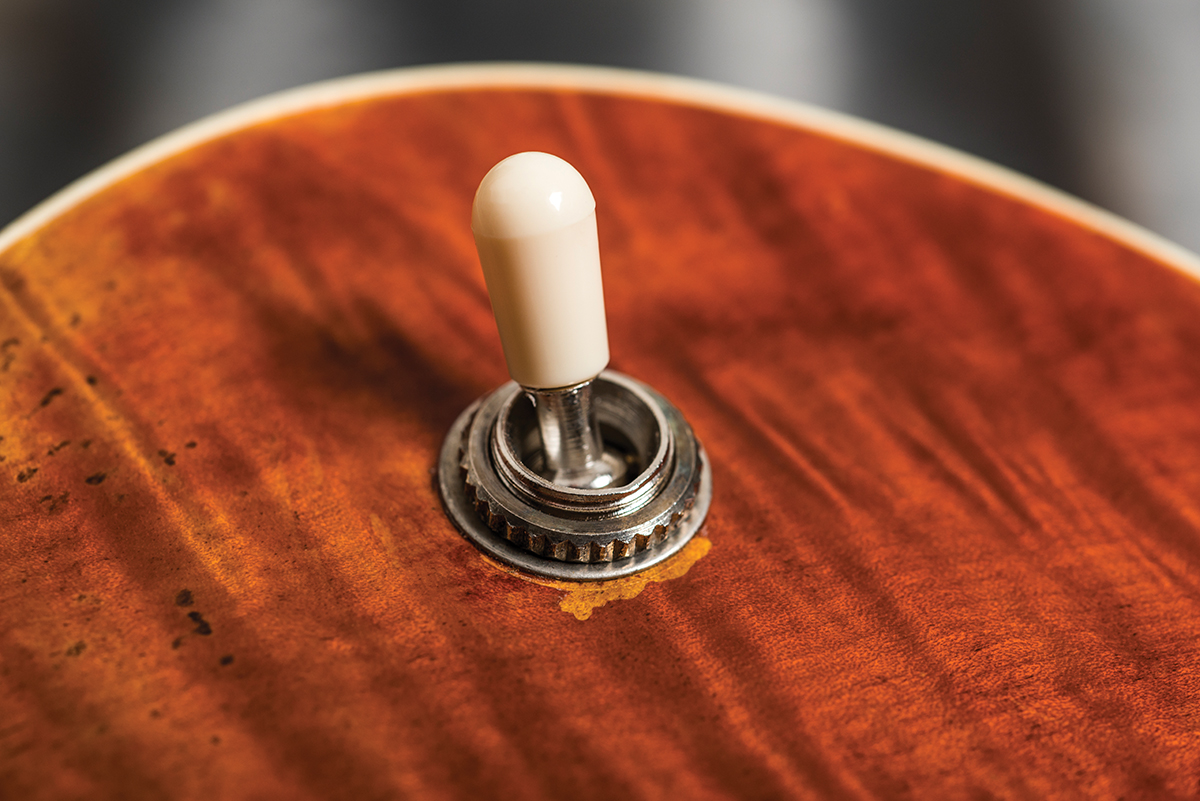 There’s no Les Paul-style sliver of maple visible in the cutaway, but lifting out the bridge humbucker reveals that the solid maple cap has a healthy depth of 16mm at its thickest point. Popping out the neck pickup reveals a long neck tenon extending about two thirds of the way into the pickup cavity – it all bodes well for old-school tonal depth and sustain.

Eastman Antique Varnish SB59/V in use 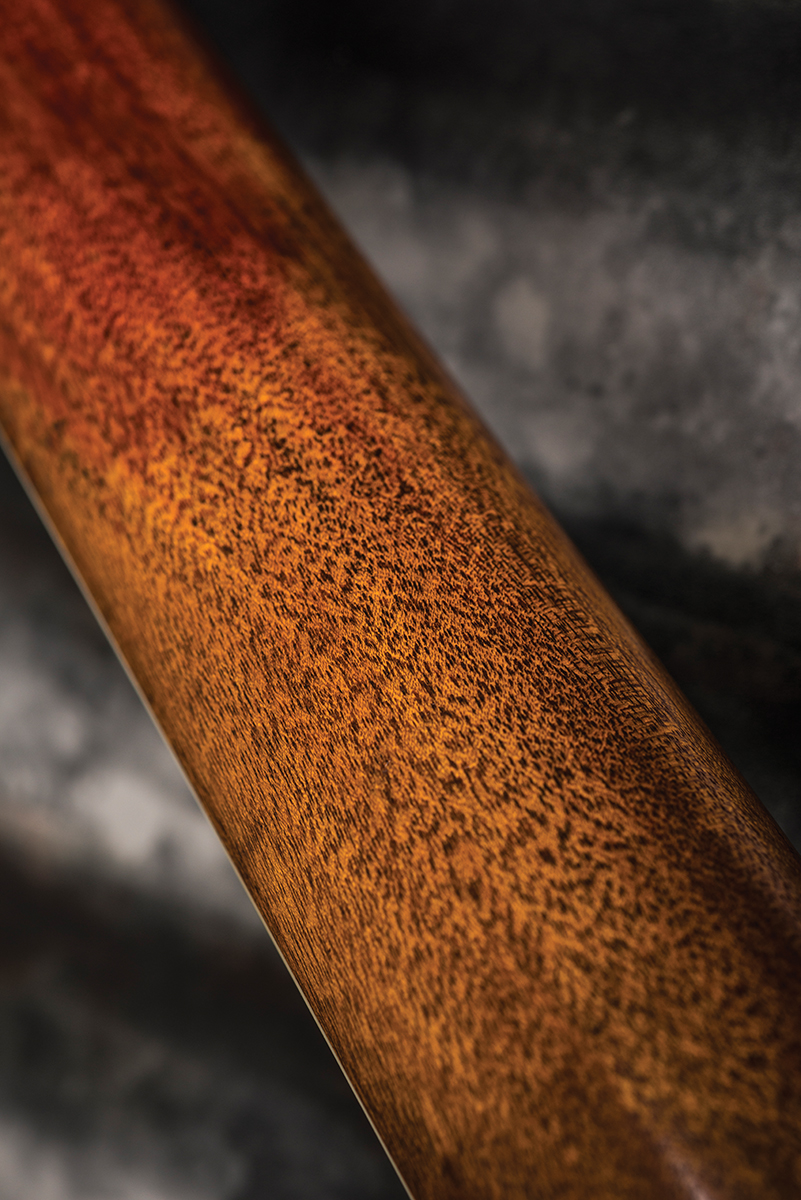 Dimensionally, the Eastman’s neck feels closer to a typical R8 than an R9, but given the variation between nominally identical Gibson reissue models, let alone original Les Pauls, we’re talking in rather general terms.

Regardless, the Eastman’s nicely-rounded profile means there’s a satisfying fatness but not too much shoulder and, in combination with the soft sheen and played-in feel of the Antique Varnish finish, it’s easy-playing and endlessly expressive. Even unplugged, there’s a pleasing sweetness and sustain in the SB59/V’s natural voice. 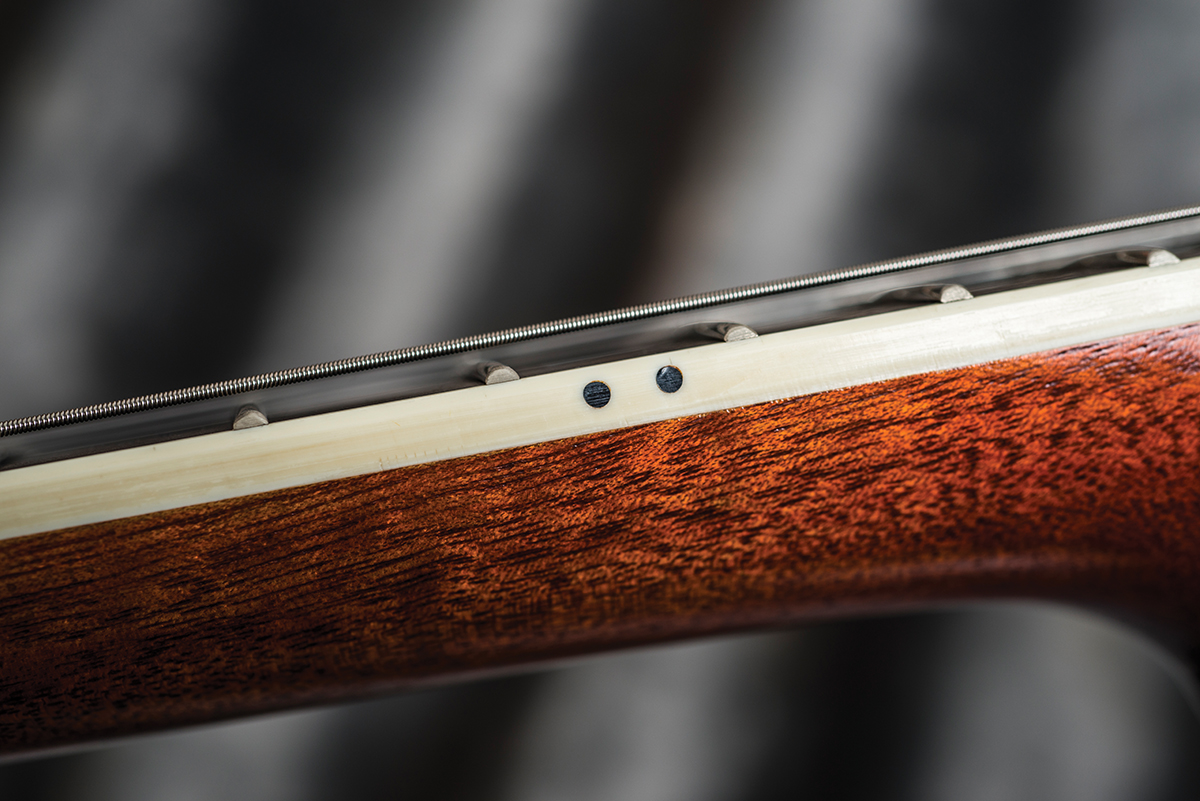 The nicely rounded neck profile has a late-50s feel

When you do plug in, the story remains a happy one; Seymour Duncan’s alnico II-loaded, unpotted Antiquity humbuckers lend the guitar a lively, airy quality that’s a hugely satisfying platform for almost anything you throw at it.

The sonic signature reminds us a little of the Seth Baccus Nautilus we reviewed recently, loaded with Bare Knuckle VH II humbuckers: there’s some PAF-like extended treble and a slightly softened lower-midrange, and the result is at once more vintage-sounding and more versatile than the syrupy mids of many single-cut instruments.

With the SB59/V hooked up to a clean-ish 6V6 combo, single-note lines are vocal and deliciously creamy, with audible bloom. The ebony fingerboard brings a little extra definition and snap and there’s a selection of high-grade clean tones that you might not expect from an instrument that shares so many common features with a guitar coveted by several generations of hard-rockers – don’t forget that original Bursts are capable of some of the prettiest cleans you’ll ever hear and can even do country convincingly. Here, chiming arpeggios are remarkably well served. 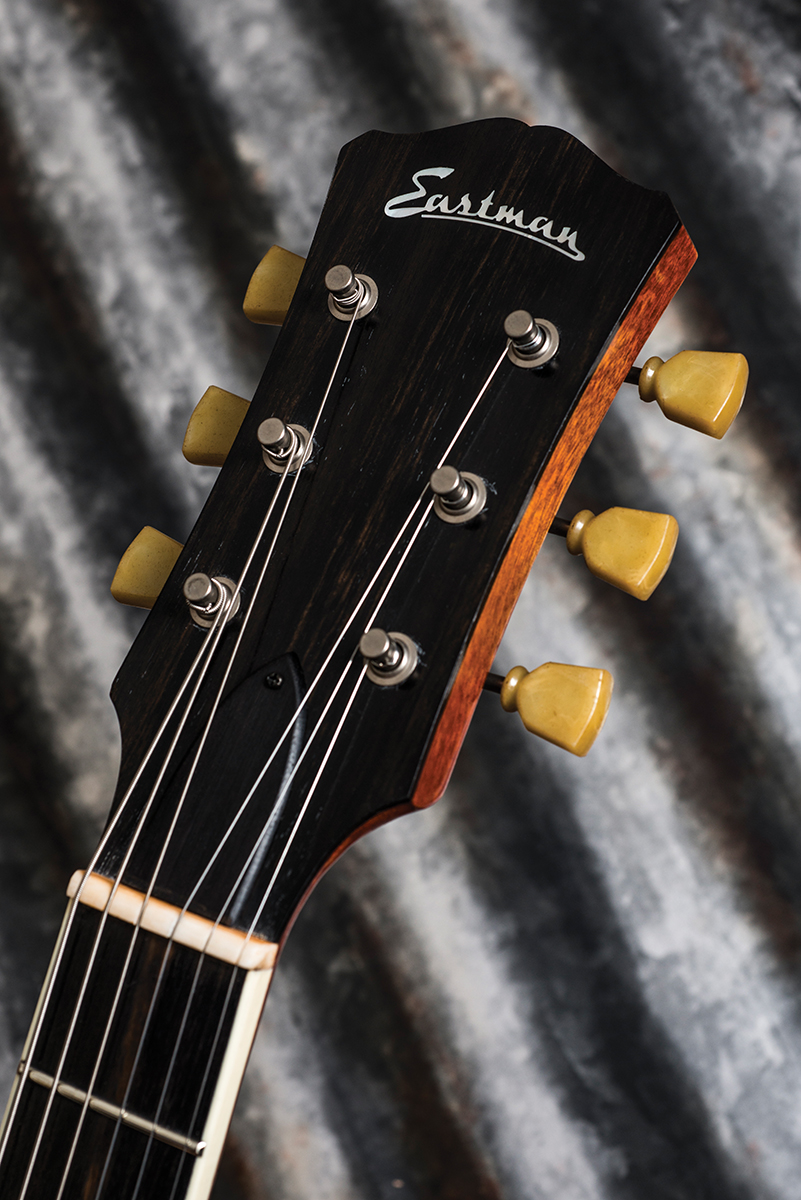 Unlike a traditional Les Paul, the Eastman’s neck is one-piece mahogany with no headstock wings. The fascia and fingerboard are ebony

Although proceedings darken up rather more than we’d like when the volume controls are rolled back, there’s little to complain about in full-throated, wide-open drive mode. When the amp is cranked or a Tube Screamer is introduced (and the low end and mids really snap into focus with the latter), from classic-rock crunch to fluid, sustaining lead, it’s all present and correct.

We think Eastman is really onto something with its Antique Varnish series. Most of us walk into a guitar shop or research a potential purchase with the model closely associated with our playing heroes in mind, but if we take a more pragmatic view, the reality is that you’d have to spend an awful lot more cash than this to get an aged finish with a play-me vibe and tones on a par with the SB59/V from an American-made instrument – either from a boutique maker or with a famous logo on its headstock. 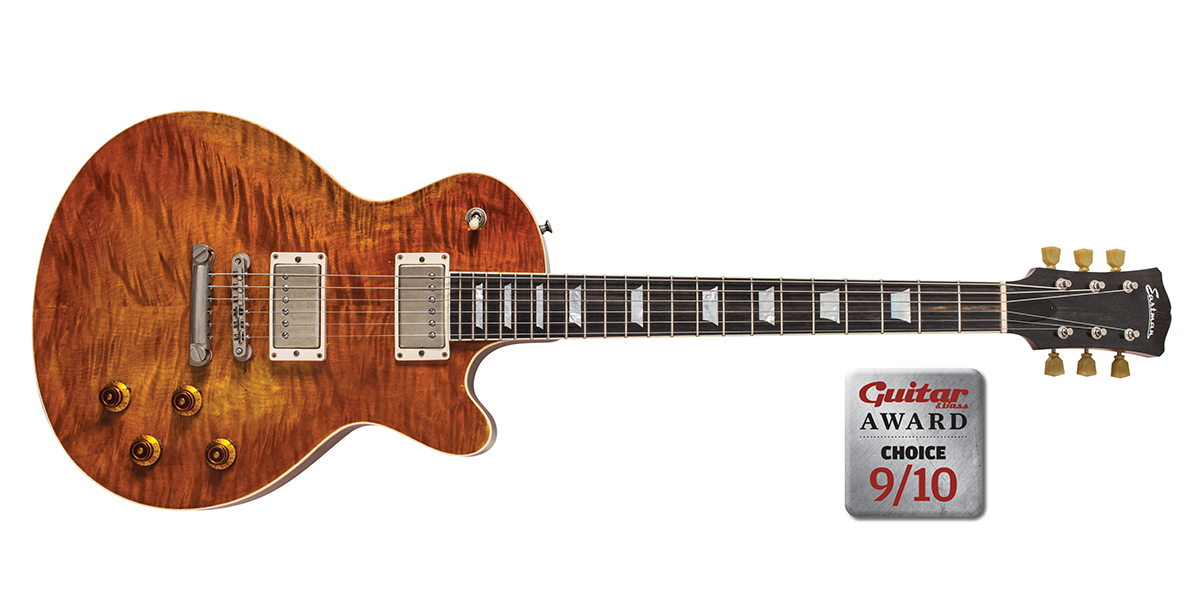 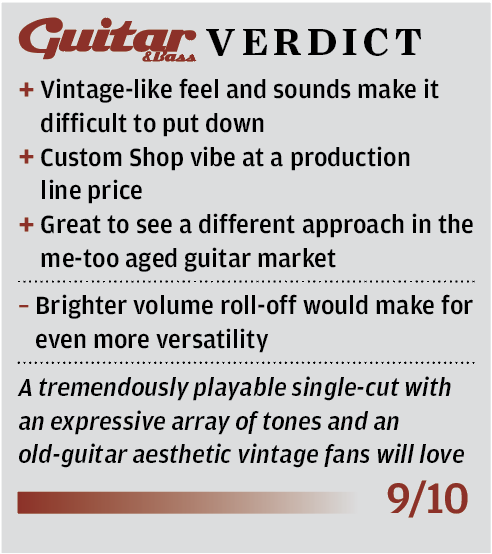