Will the latest iteration of Eastman’s compact hollowbody persuade our resident Electric Spanish addict that size isn’t everything? 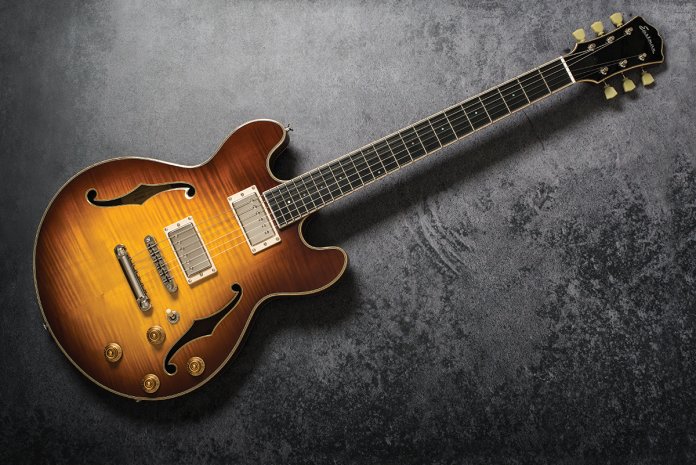 Regular readers will be familiar with the Eastman brand – 2017 saw us review stellar solidbody, hollowbody and acoustic models featuring the company’s proprietary Antique Varnish aged finish, which comprises several thin coats of shellac. Although factory-distressed guitars have become de rigueur, not everybody wants a new guitar that looks beaten up straight out of the case. Eastman manufactures many instruments dressed in pristine gloss nitrocellulose, too – and our review guitar is just one particularly attractive example.

The compact and bijou T184MX has been in the Eastman line for some years now, but 2018 sees the model receive a series of refinements, one of the most significant of which is the presence of a pair of custom-wound Lollar Imperial humbuckers, superseding the previous Seymour Duncan 59s. The headstock has been slimmed down, too, and the less flared design here not only balances better with the body’s compact 14-inch width but also provides a clearer path for the strings behind the nut. The Goldburst model is the first T184MX to feature these changes but they will be phased in on the other finishes throughout the year. 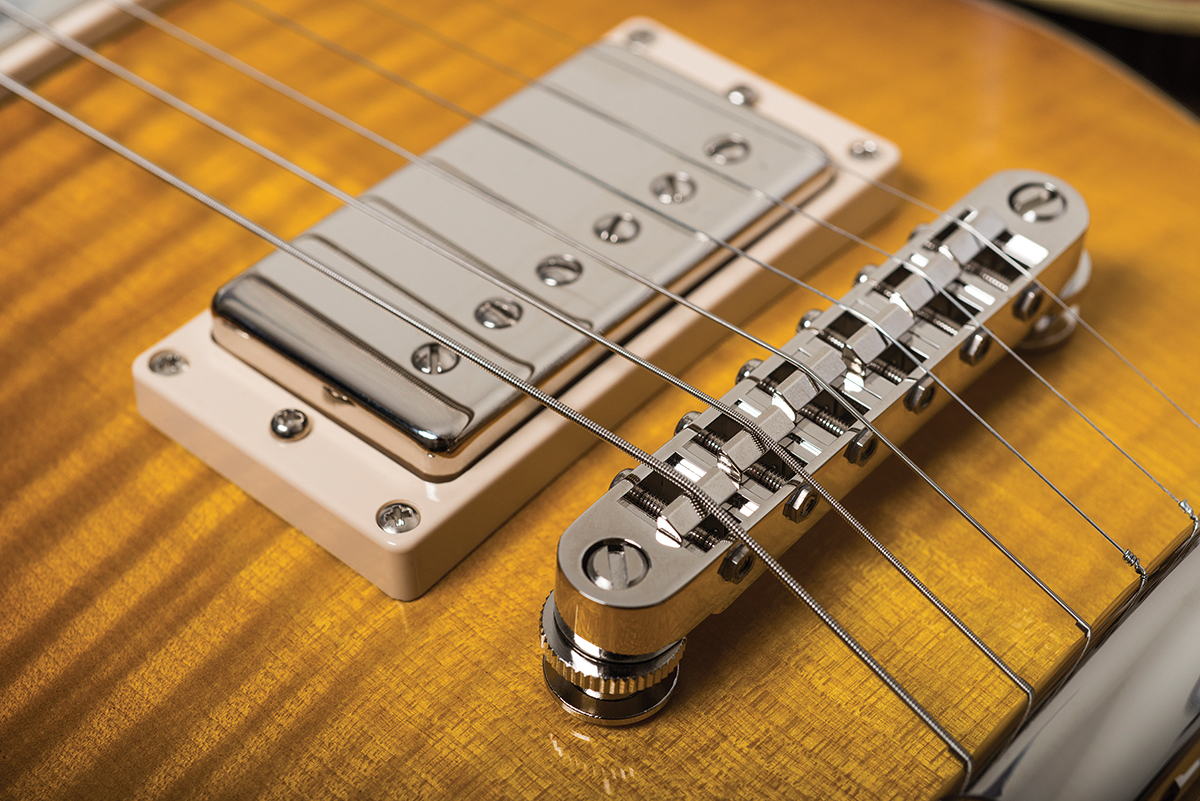 Gotoh SG301-04 tuners have been swapped out for more vintage-style Gotoh SD90 units with plastic keystone buttons – the trade-off is a slightly lower ratio of 1:15 rather than the previous 1:18 but the tuning performance on this example proves to be smooth and stable. Other hardware includes a Gotoh Nashville-style tune-o-matic bridge and stop tailpiece and an old-school single action truss rod.

Like the majority of PRS, National and Danelectro electrics, the T184MX has a scale length of 25 inches, though the overall vibe here is obviously closer to something from Paul’s boutique than a pawnshop. When subjected to careful examination, the standard of woodworking in some areas falls slightly short of the precision exhibited by the Maryland company, but the T184MX is still a very classy instrument of which Eastman is justifiably proud. 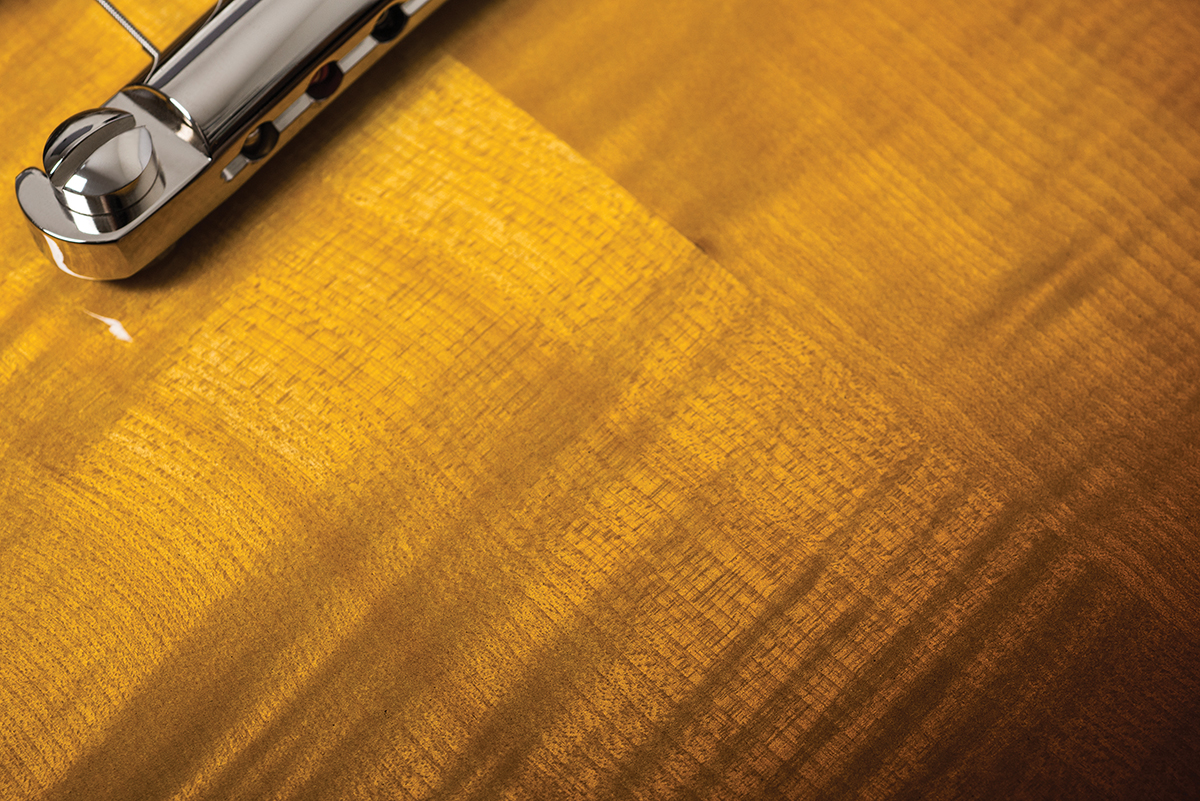 At first glance you might be forgiven for expecting the T184MX to be simply a scaled-down semi made from laminates, but it isn’t. The thinline body features a two-piece solid maple top and two-piece solid mahogany back, both hand-carved from 17mm sections of timber and beautifully figured.

The guitar’s solid mahogany sides are steam pressed into shape (holding their shape after cooling) and the guitar’s internals are fully hollow aside from a mahogany block beneath the bridge and tailpiece that’s glued between raised sections of the carved top and back. 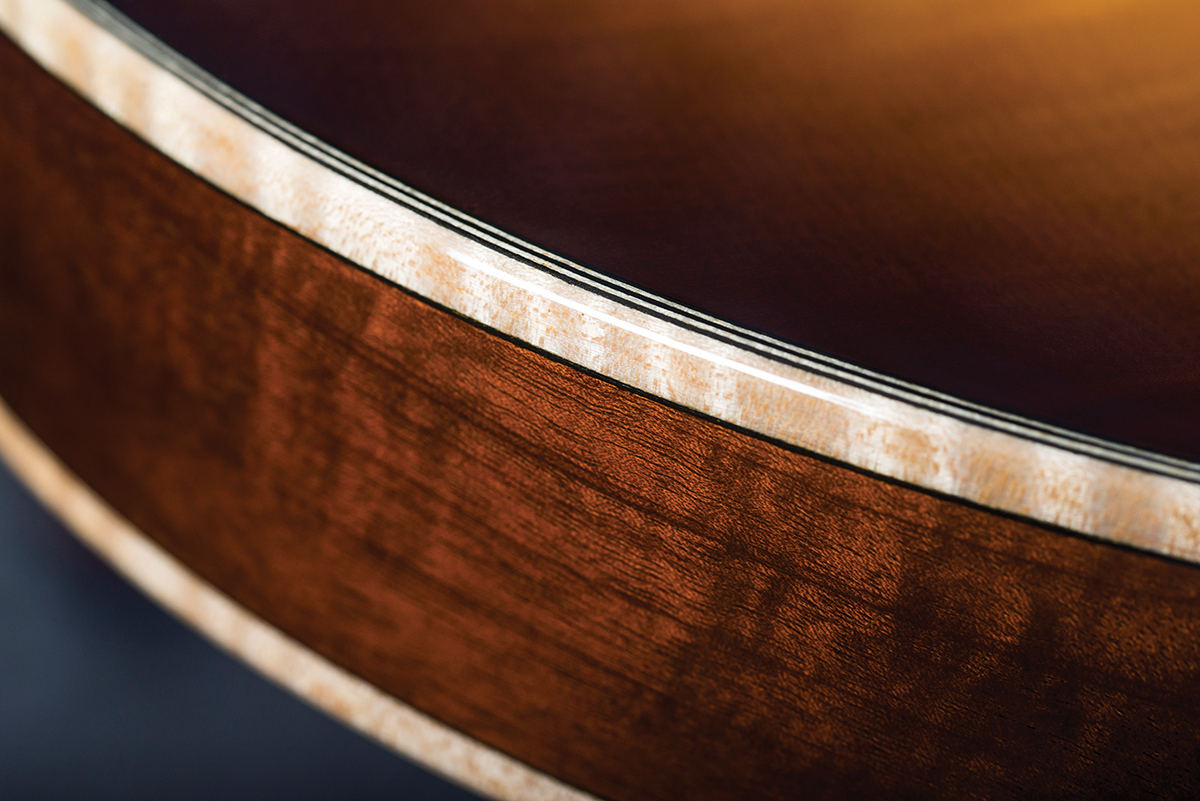 The neck is three-piece mahogany with two small additional ‘wings’ at the headstock’s widest point. Along with the front and rear of the body, the ebony fretboard and headstock fascia are attractively bound with strips of flame maple. It’s worth noting that even though the top is flame maple, the binding here isn’t the scraped ‘faux’ variety – after the top and back are glued to the sides, a channel is cut and a piece of flame maple is bent into shape and glued. 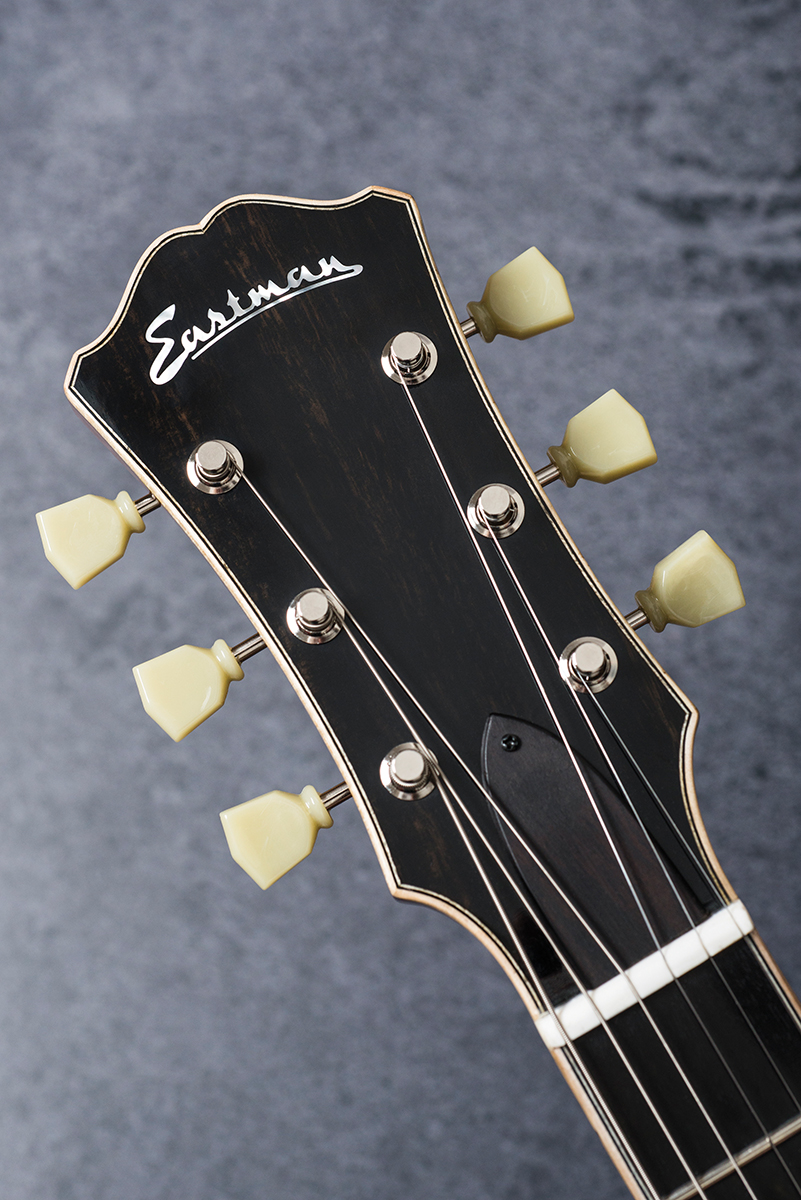 Downsized it may be, but the T184MX doesn’t feel in any way cramped. With its strap button situated on the upper horn, it hangs in a rather more perpendicular fashion than ES-335 players will be used to, but for Les Paul players it’s closer to home. The ‘Traditional Even C’-shaped neck profile is slim and comfortable and melts away immediately in the hand. Acoustically the T184MX is alive with overtones and resonance, so we expect the amplified performance to be similarly impressive. 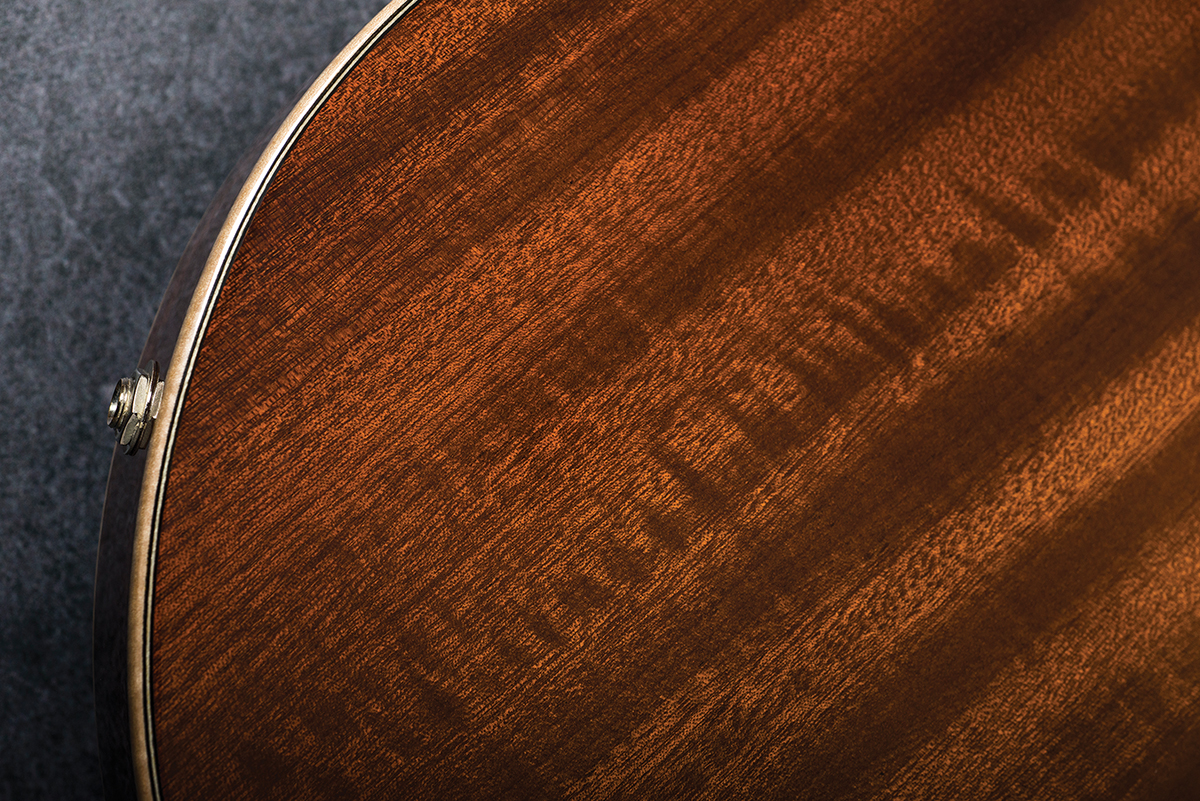 Our previous experiences with Lollar Imperials have all been very satisfying and the blend of smoothness and airy high-end chime that Eastman has spec’d for the custom-wound set here perfectly complements the guitar’s anatomical blend of warmth (mahogany back, hollow construction) and snap (maple top, ebony fingerboard, 25-inch scale). It’s funny how certain instruments steer you down a particular road – this is no exception. The T184MX has ‘expressive soloist’ cruising through its veins and the temptation to noodle is impossible to resist.

Complex chord voicings, soulful grooves and melodic lead are all very well served but plain ol’ first-position chords sound lovely, too, in all three pickup positions – with beautiful chime, depth and articulation. It’s always a smooth ride, but never woolly. If guitars were nights out then this is certainly more of a sophisticated bottle of red and a cigar than it is 12 cans of Red Stripe and 20 B&H, but not so much wine that the evening begins to blur at the edges. 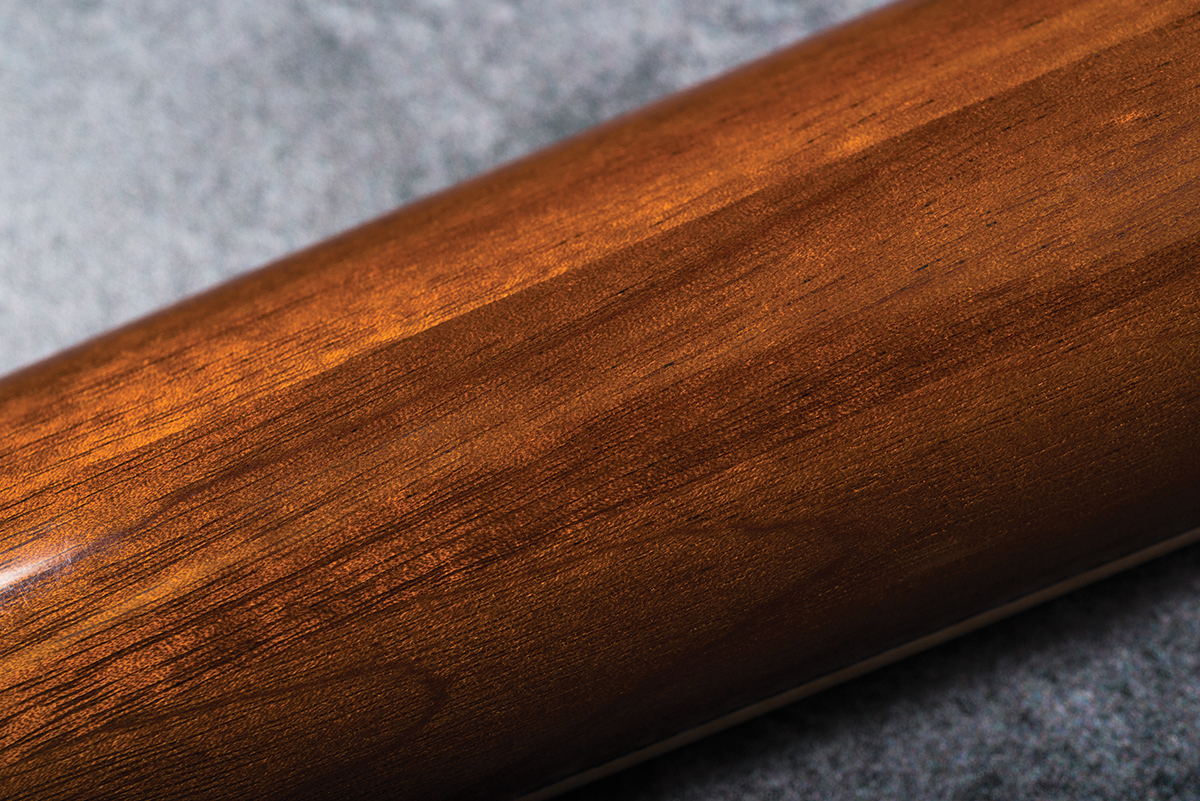 A guitar like this won’t match the woody depth of a large archtop, but with more and more modern jazz guitarists moving to smaller boxes or even solidbodies, if jazz fusion is your poison then this Eastman is well worth considering. Things can get dirty, too – although it’s a hollowbody the T184MX’s compact dimensions and the block connecting the top and back definitely help with feedback reduction. With overdrive at band volumes it’s a lively experience – the onset of feedback is a little quicker than with an ES-335 but it’s certainly easier to keep under control than an ES-330. 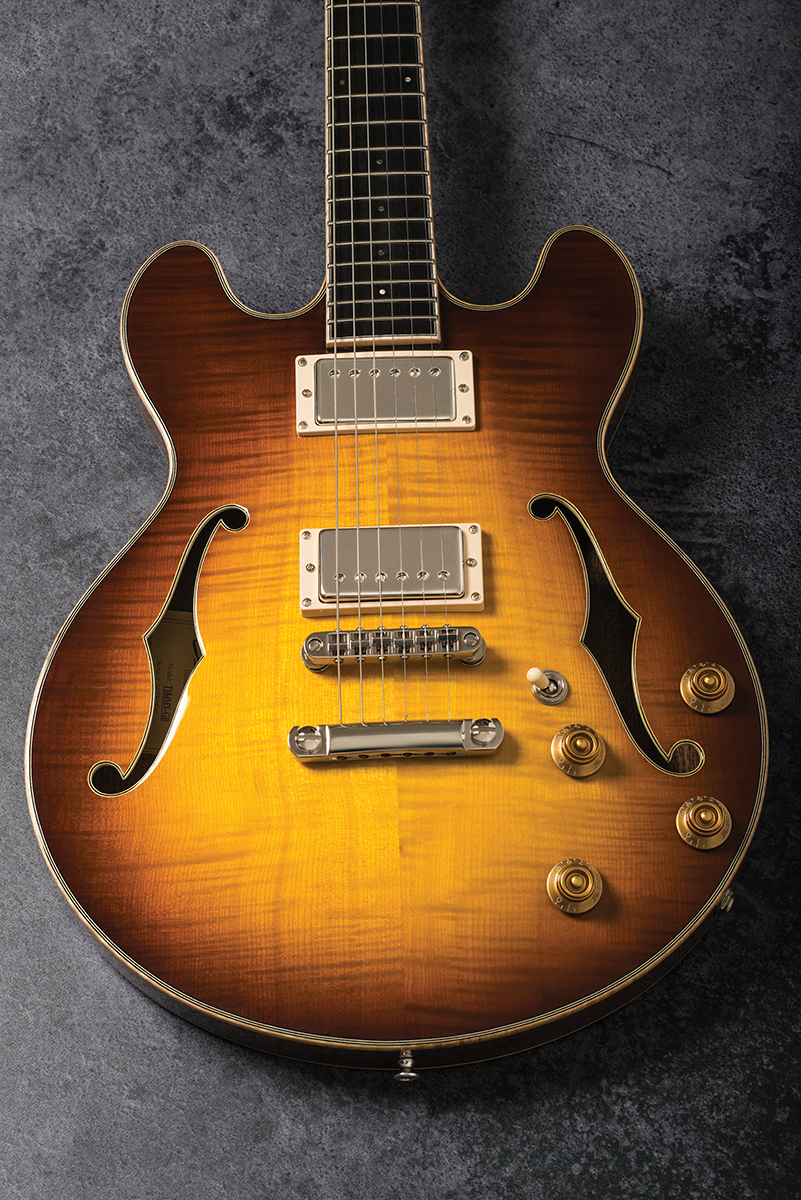 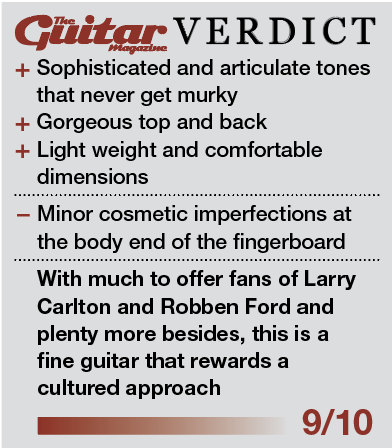