Why should rockers have all the fun? Chris Vinnicombe gets his fingers all in a tangle as Eastman takes its stunning Antique Varnish finishing process to the jazz club… 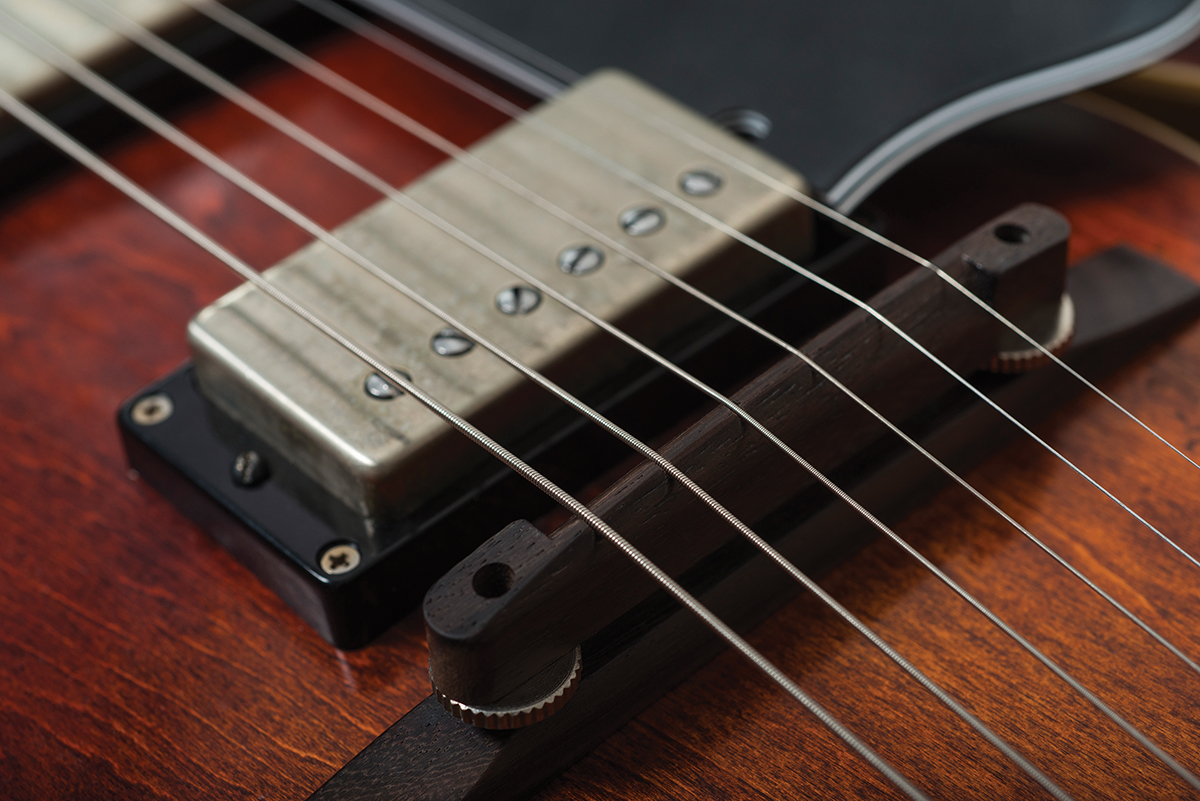 The latest Eastman to land here at The Guitar Magazine combines the company’s archtop know-how with its proprietary Antique Varnish ageing technique. Unlike the faux-distressed paint jobs you’ll find elsewhere, this guitar features French-polished shellac rather than nitrocellulose so there’s no checking – instead you get realistic wear patterns and a soft feel that gives the Eastman a significant helping of vintage vibe straight out of the case.

Like the T64/v and SB59/v we’ve reviewed previously, the number in this guitar’s model name provides a clue as to the instrument that inspired it. Here it’s the legendary ES-175, introduced by Gibson in 1949, although the twin-humbucker incarnation that arrived in February 1957 has provided the blueprint for this attractive archtop.

Superseding Eastman’s own T49/v model that came equipped with a single Seymour Duncan Seth Lover pickup in the neck position, 2018’s T49 model gets a ‘D’ for ‘double’ and a pair of Duncan Antiquity humbuckers, broadening the sonic palette considerably. Unlike other Antique Varnish models we’ve reviewed that have sported ebony fingerboards, the T49’s ‘board is rosewood, with pearl split parallelogram inlays. 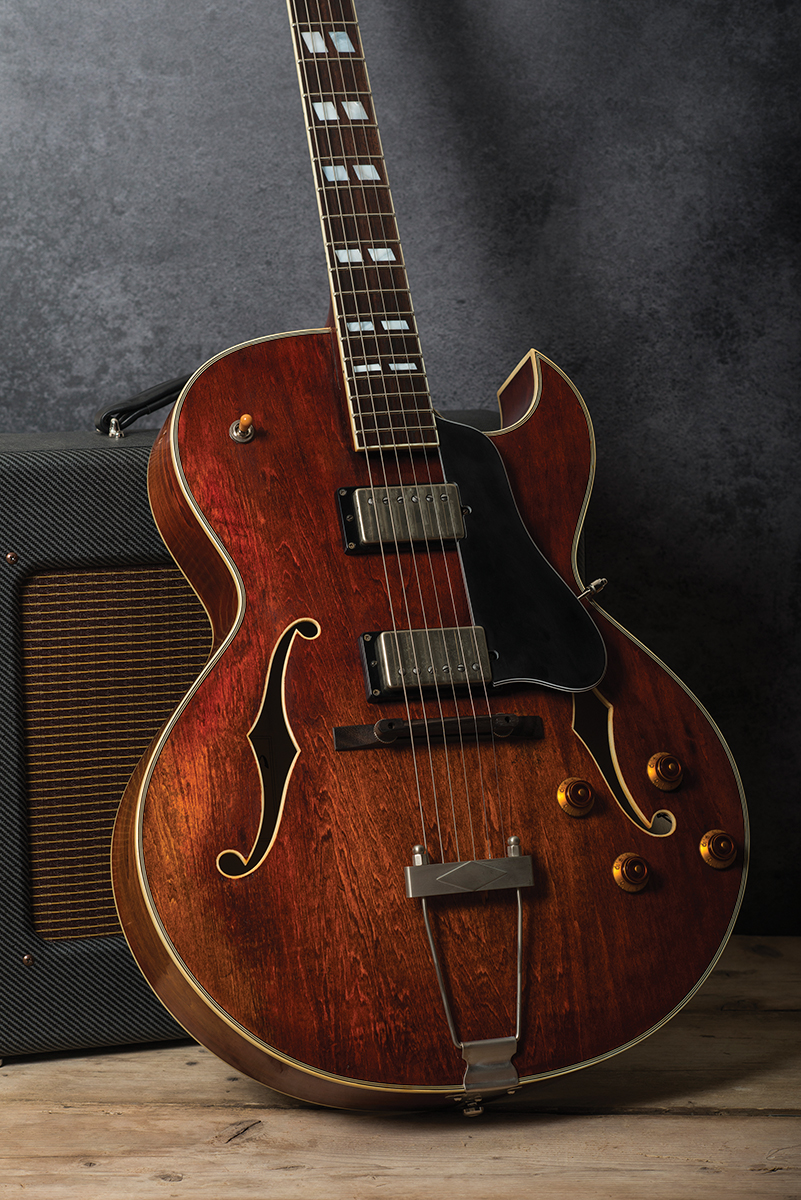 The slim, comfortable ‘traditional even C’ neck features three-piece maple construction with additional headstock ‘wings’ and, although it joins the laminated maple body at the 14th of its 20 medium jumbo Jescar 47104 frets, the Florentine cutaway provides better access to the upper reaches than you might expect, especially when playing seated.

The guitar’s supplied D’Addario NYXL 0.012-0.052 strings feature a wound G and it’s slightly sticky in the nut slot when tuning, but it’s nothing that a little fettling won’t fix. Aside from that, when you look very closely there’s some characteristically ‘rough and ready’ finishing where the neck joins the body but this is an area in which Eastman is improving all the time and most importantly, the T49 feels great.

Although the ES-175 is synonymous with jazz thanks to the likes of Herb Ellis and Joe Pass, Steve Howe provides conclusive proof that playing a guitar such as this needn’t mean you are stuck in a cul-de-sac. Acoustically it’s more than loud and dynamic enough to enjoy playing at home – try mic’ing it up in the studio to add breezy percussive textures to strummed rhythm passages. 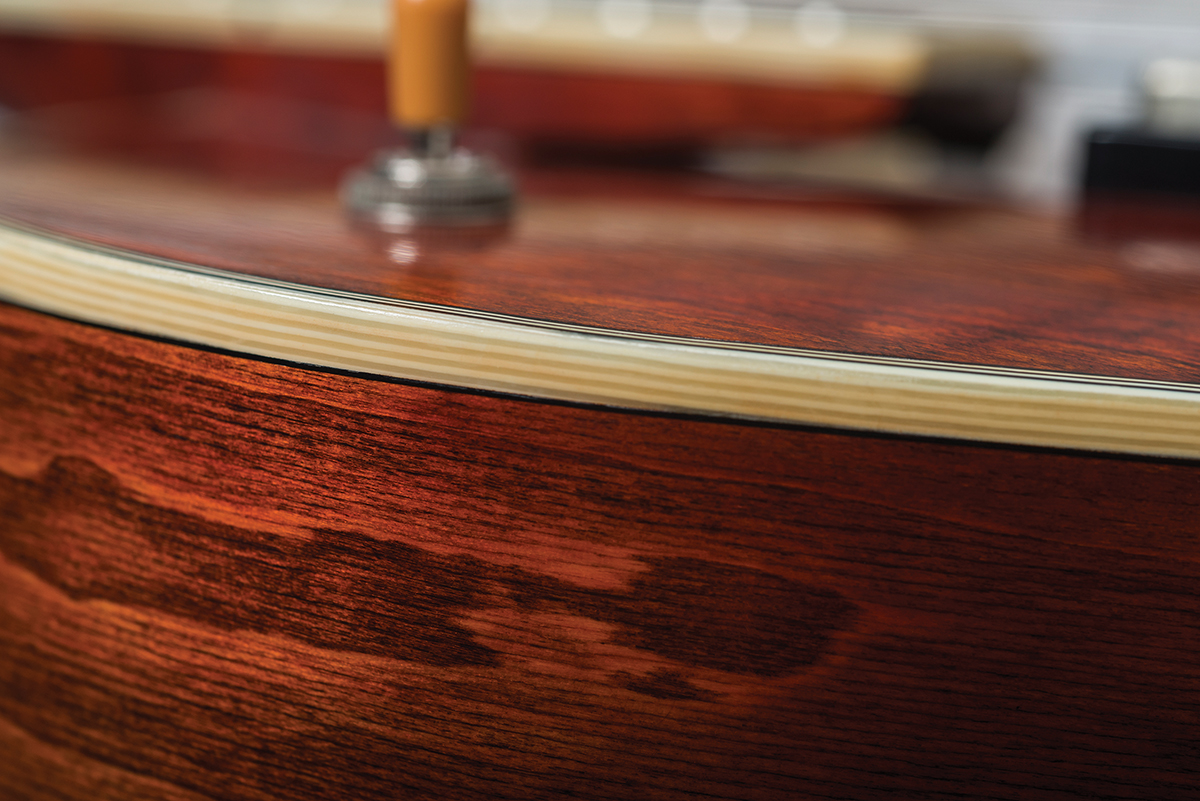 Plugged in, this is no fusty mud machine – there’s snap and clarity even in the neck position, though the deep bass leaves you in no doubt as to the body dimensions. Predictably the rosewood bridge imparts a woodiness absent from a guitar with an ABR-1, while picking hard near the bridge fuses this with a pleasing twang that suits the primal blues-lead of The Stones circa ’64.

Sun Studio rockabilly is also very well served, and in a controlled environment where you can add some drive without fear of feedback, there’s a flutey character to lead tones that trades early-60s Dartford for 1970s LA, and unleashes your inner yacht-rock star. 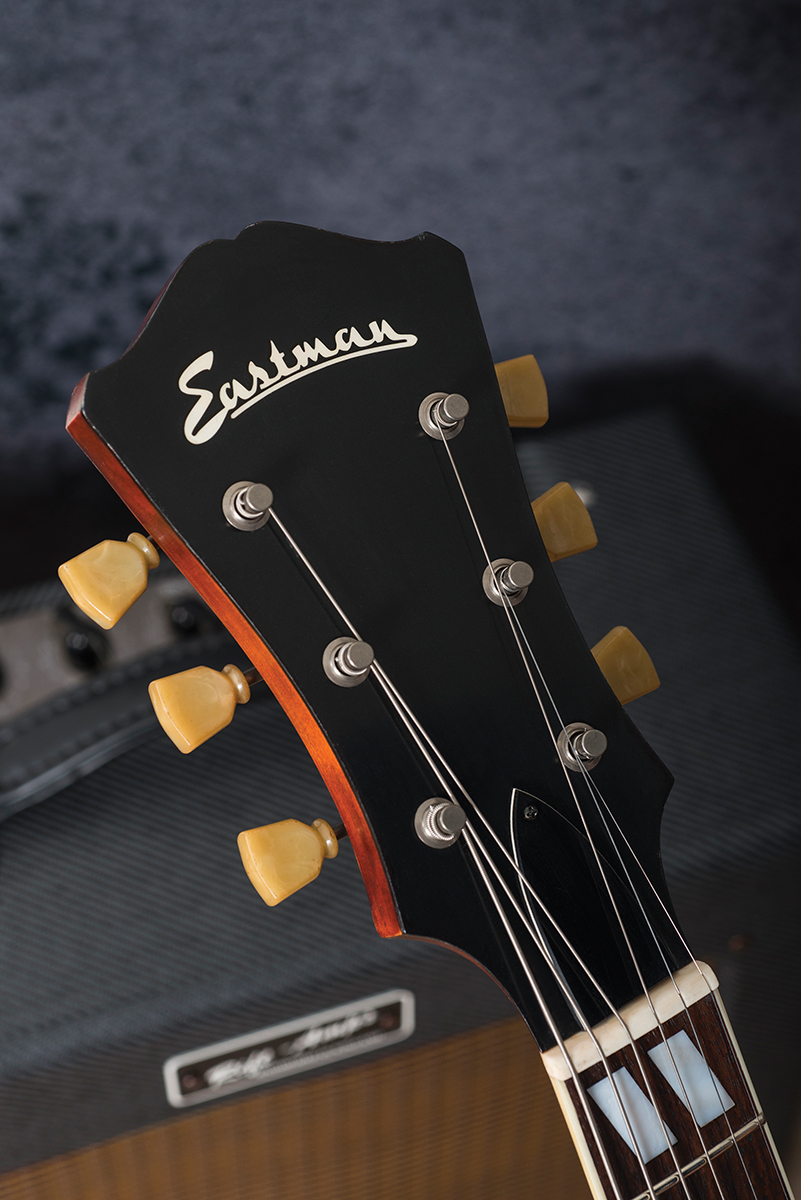 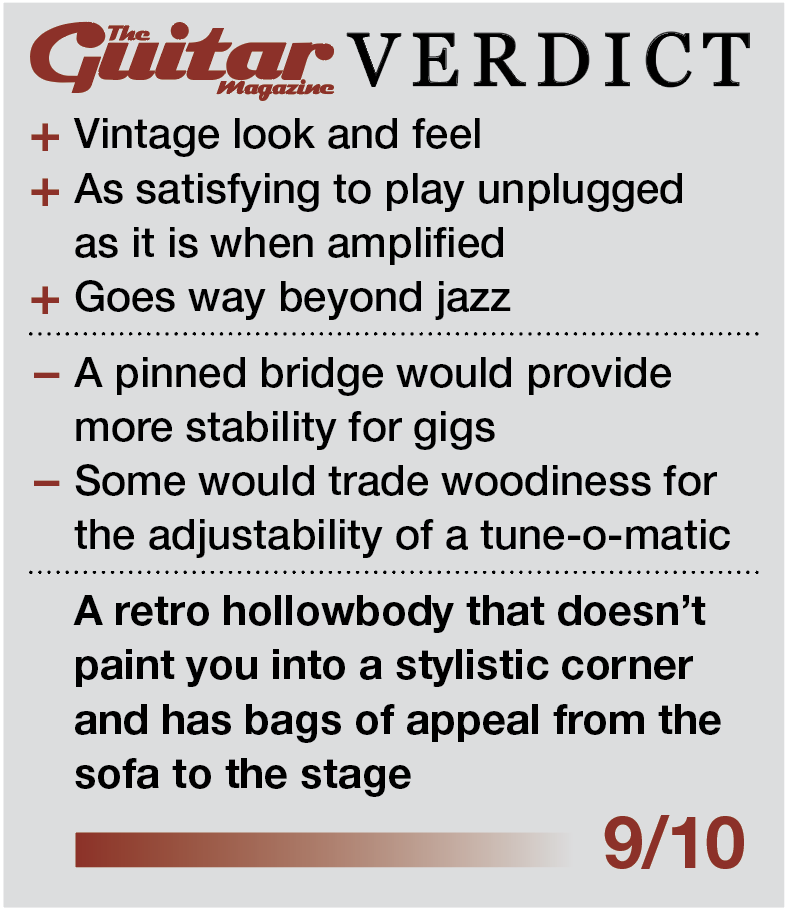