Love the sound of germanium fuzz but deterred by the erratic way they respond to temperature extremes? This is the fuzz for you. 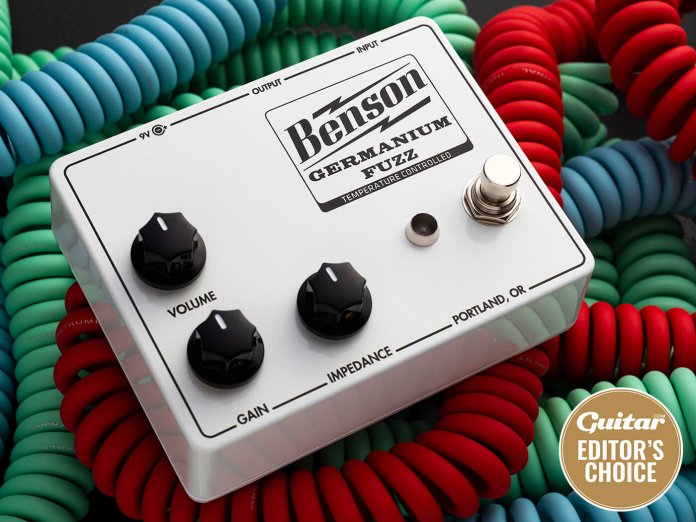 Oregon’s Chris Benson is personally responsible for some of the most intriguing boutique amplifier designs we’ve seen and heard in recent years – gorgeous looking boxes that have found favour with a new generation of guitar heroes from Celisse and VAVÁ to Kirk Fletcher and Mason Stoops. Benson recently launched a range of guitar pedals, the first of which, a preamp, was met with great enthusiasm. Now he’s back with a stompbox that promises to make the most notoriously temperamental fuzz textures a consistent and reliable joy.

While they have featured on myriad classic recordings, germanium-based fuzz circuits are susceptible to changes in temperature and can be very fussy about where you put them in your signal chain. If you’ve ever used an old germanium fuzz pedal at an outdoor show in the summer then you’ll know that the heat from direct sunlight can have a decidedly negative impact on your tone. 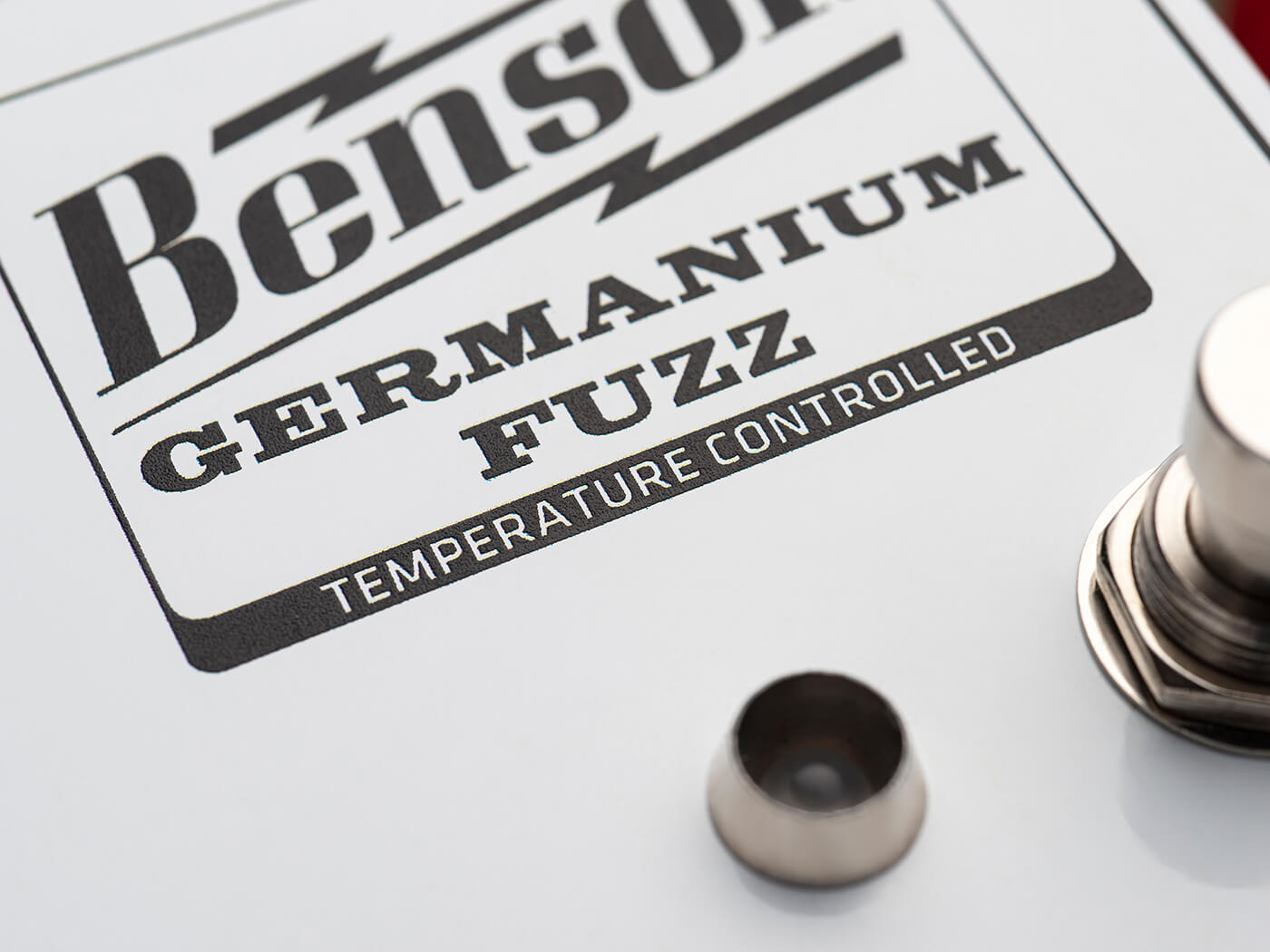 The Benson Germanium Fuzz is equipped with a pair of 2N527 or 2N404 germanium transistors and features a nifty temperature regulation system based on a solid-state thermostat with an LED that changes colour, turning from amber to green when the warmer is off because the correct bias and hFE (transistor gain) have been set. You can also expect the LED to change colour every so often when the unit is in operation and Benson says that, while it has been designed to operate between freezing and 100˚F, it may still sound fine outside this range. If you have one of these pedals and intend to use it on your forthcoming tour of Death Valley and Antarctic research stations then please do write in and let us know how it fares.

As if all this thermal tech wasn’t clever enough, in order to keep the Germanium Fuzz happy and playing nicely with other pedals wherever it sits on your board, Benson has also added a class A buffer which feeds a passive guitar pickup simulator. There’s also an impedance control which simulates the coveted sound of rolling back your guitar’s volume knob without adjusting the volume on your instrument. 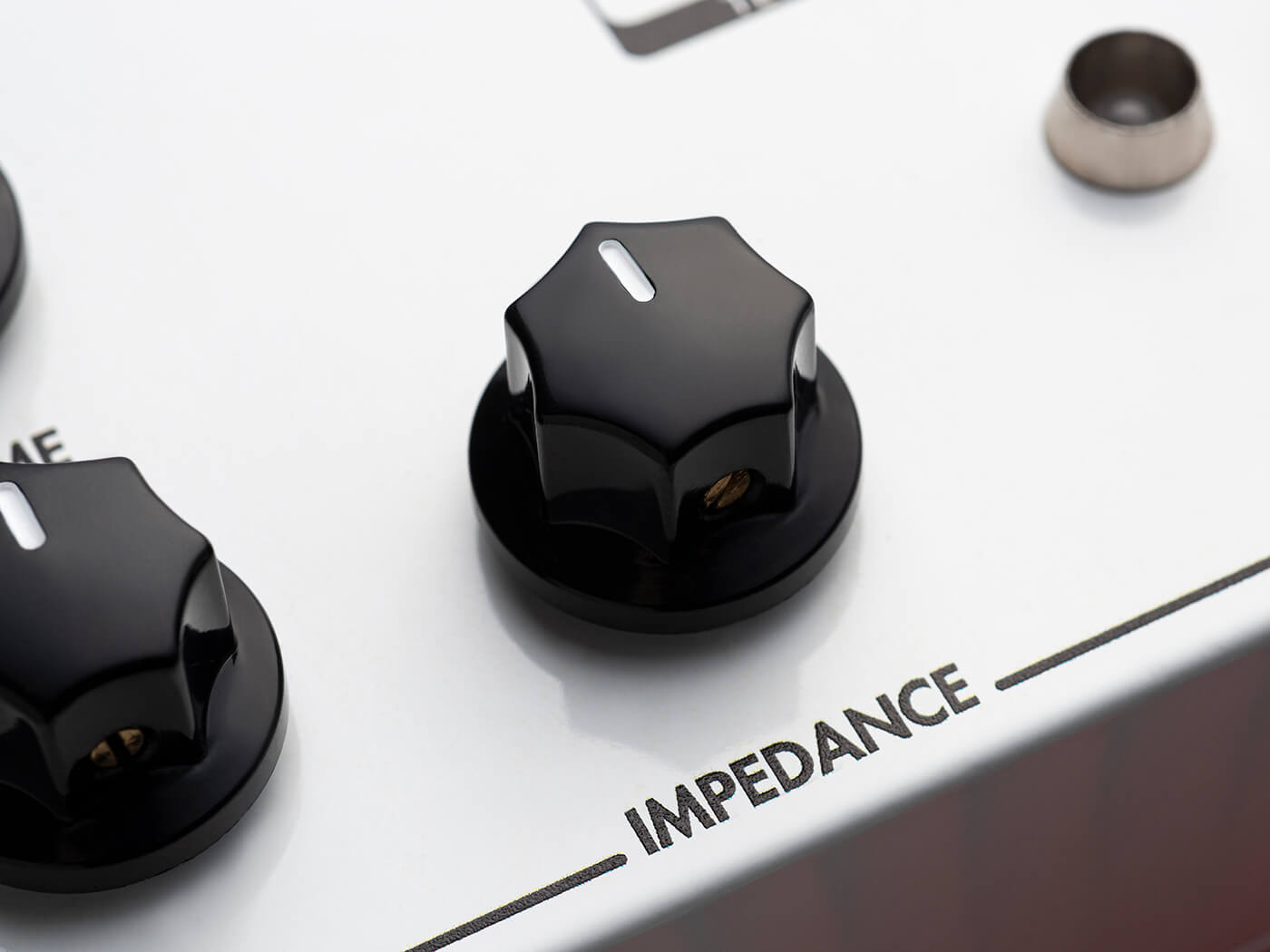 Parking the Germanium Fuzz at the end of our chain with the volume and gain at noon and the impedance rolled off, we tap in and wait a moment for the LED to turn from orange to green. The first powerchords with a Trussart Deluxe Steelcaster are revelatory. While the pedal market’s seemingly endless procession of boutique fuzzes is enough to make even the most filth-hungry among us feel somewhat jaded, units like this ensure that the day we are tired of a great fuzz will never, ever come.

With this pedal, Benson offers a very musical take on a remarkably wide range of textures. It does a superb high-gain fuzz sound that’s more reminiscent of rarified boutique classics like the Black Arts Pharaoh than yet another Muff clone. But where the Benson truly excels is in the mid-to-low-gain departments, where there’s an almost 3D quality to the super-responsive, dynamic and chewy sounds that emanate from this beautifully thought-out box.

The performance idiosyncrasies inherent with germanium pedals often mean that the fine line between chicken poop and chicken salad shifts on any given day. In the case of this extraordinary box, it’s not just that there are no bad sounds – it’s disturbingly good, whatever you throw at it. It’s not cheap but, to paraphrase the great Sly Stone, the nicer the nice, the higher the price. And vice versa. 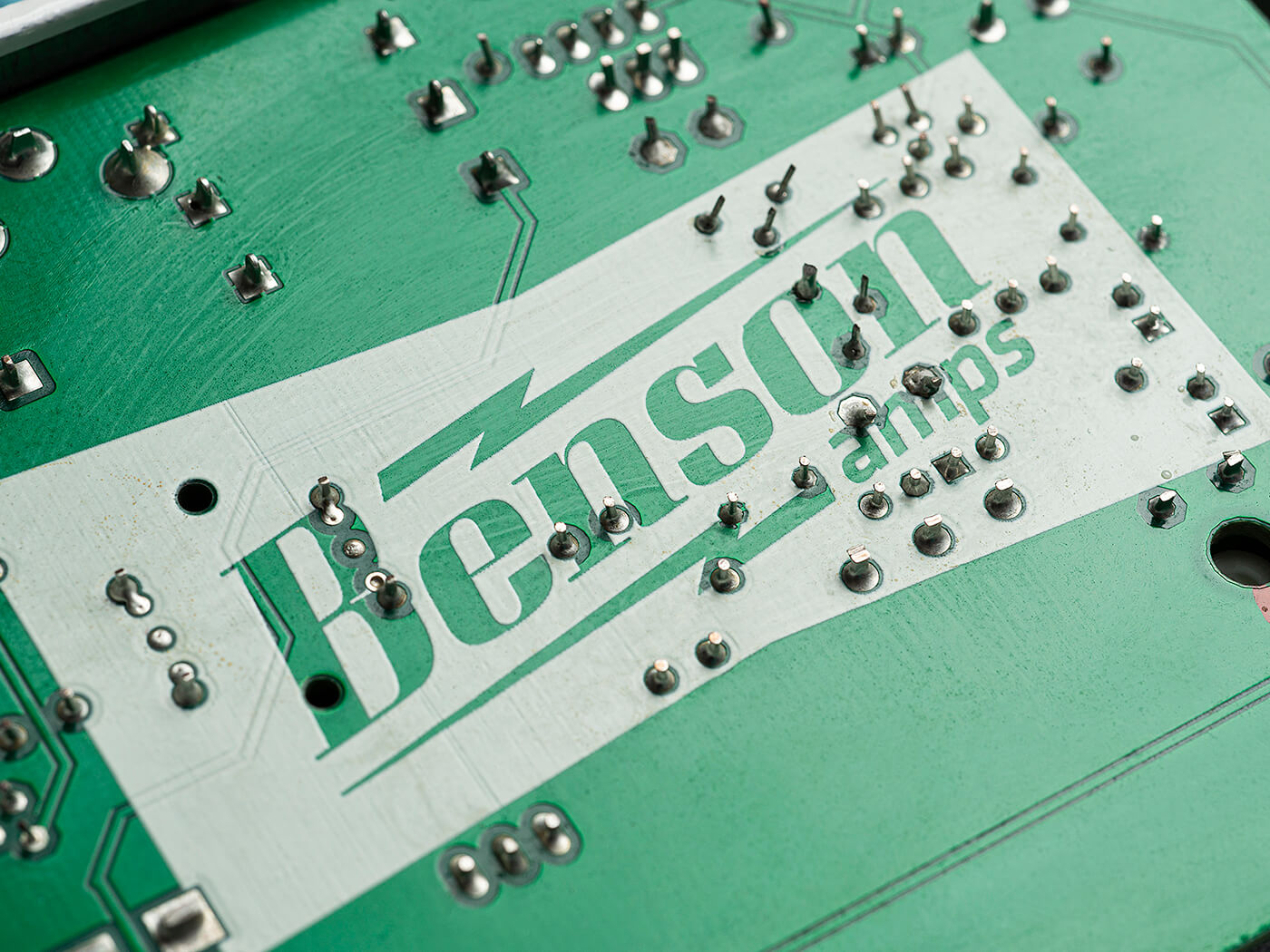 Ted Nugent says “There is no systemic racism. It’s a lie… We fixed that”

Pete Townshend says Cream “sounded so empty” at times: “I always loved Eric’s playing but not always his sound”