A proper photocell-based vibe packed with clever modern features, the Aquarium might be the ultimate Uni-Vibe for those in the mood to splash some cash.

Looking for a vibe pedal with all the glorious 3D depth of an original Uni-Vibe, but with a modern feature set that sets it apart from the rest of the fish in the tank? With its new and encouragingly expensive Aquarium, Italian builder Cornerstone might just have made the perfect wobble-box for the modern player.

While the original Shin-ei Uni-Vibe of the 1960s was essentially a failed attempt to recreate the sound of a Leslie rotary speaker, the resulting deep, swirling tones soon earned it legions of devoted followers in its own right – most notably a certain James Marshall Hendrix. Today the market for clones and replicas is as hotly contested as any, with schematics and unobtainium parts pored over by makers attempting to recreate the original features and tone in minute detail. 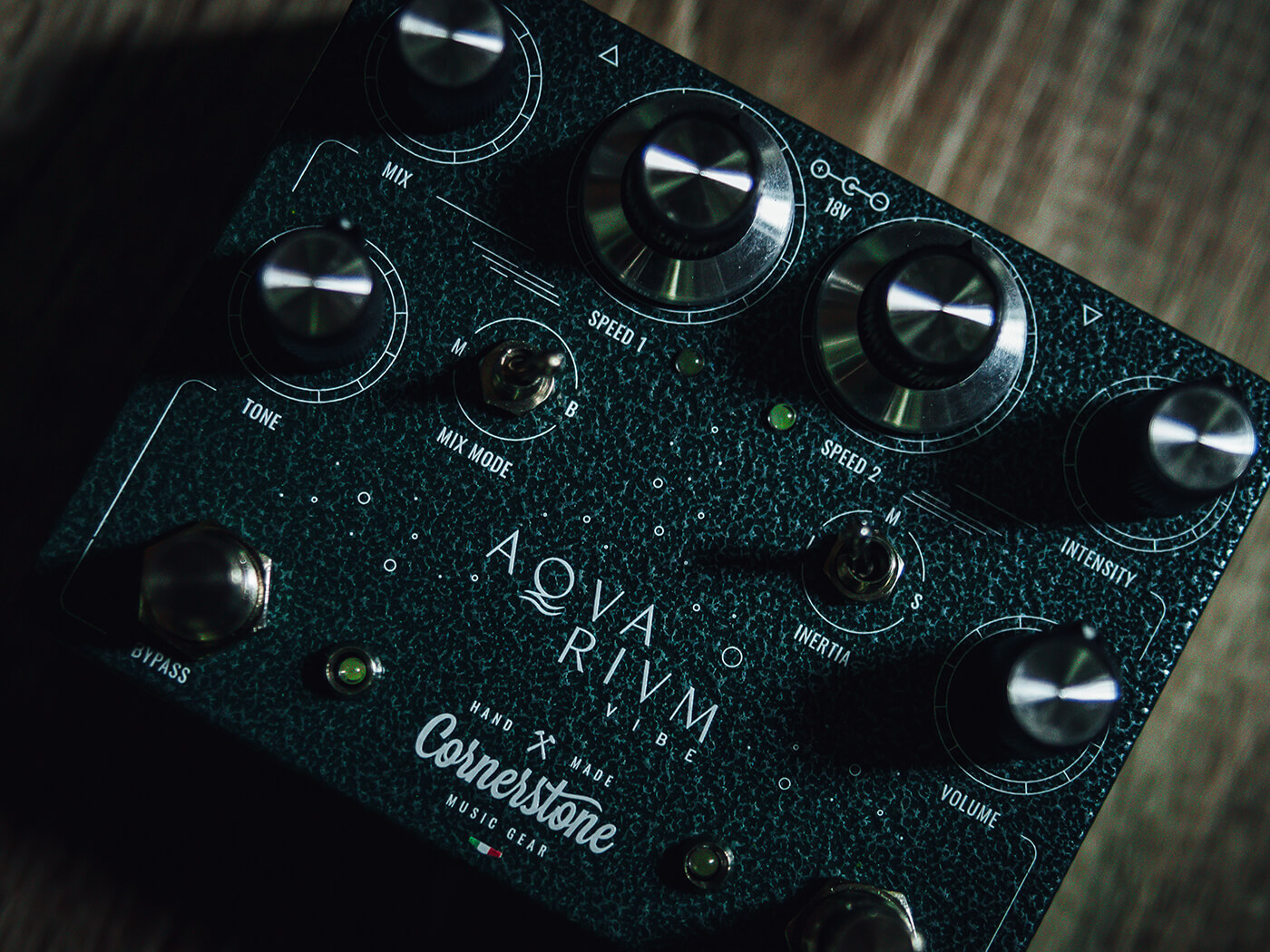 Known to be inconsistent at best, unreliable and noisy at worst, original units couldn’t be bypassed and required direct mains power – and plenty of pedalboard real estate. Plenty of modern-day tributes have tackled all that, but Cornerstone has taken a different approach. Nailing ‘that tone’ was central to the design, but so was increased versatility via some well-considered additional features.

Resplendent in its suitably aquatic colour and meticulous construction, the Aquarium Vibe’s 100% analogue circuitry, dual speed controls and true bypass switching – plus board-friendly top-mounted jacks in a much smaller footprint – immediately make it an appealing option, although you’d better make sure your power supply can handle the required 18V. This, we’re told, is key to obtaining those classic rich tones from the carefully selected photocells within. 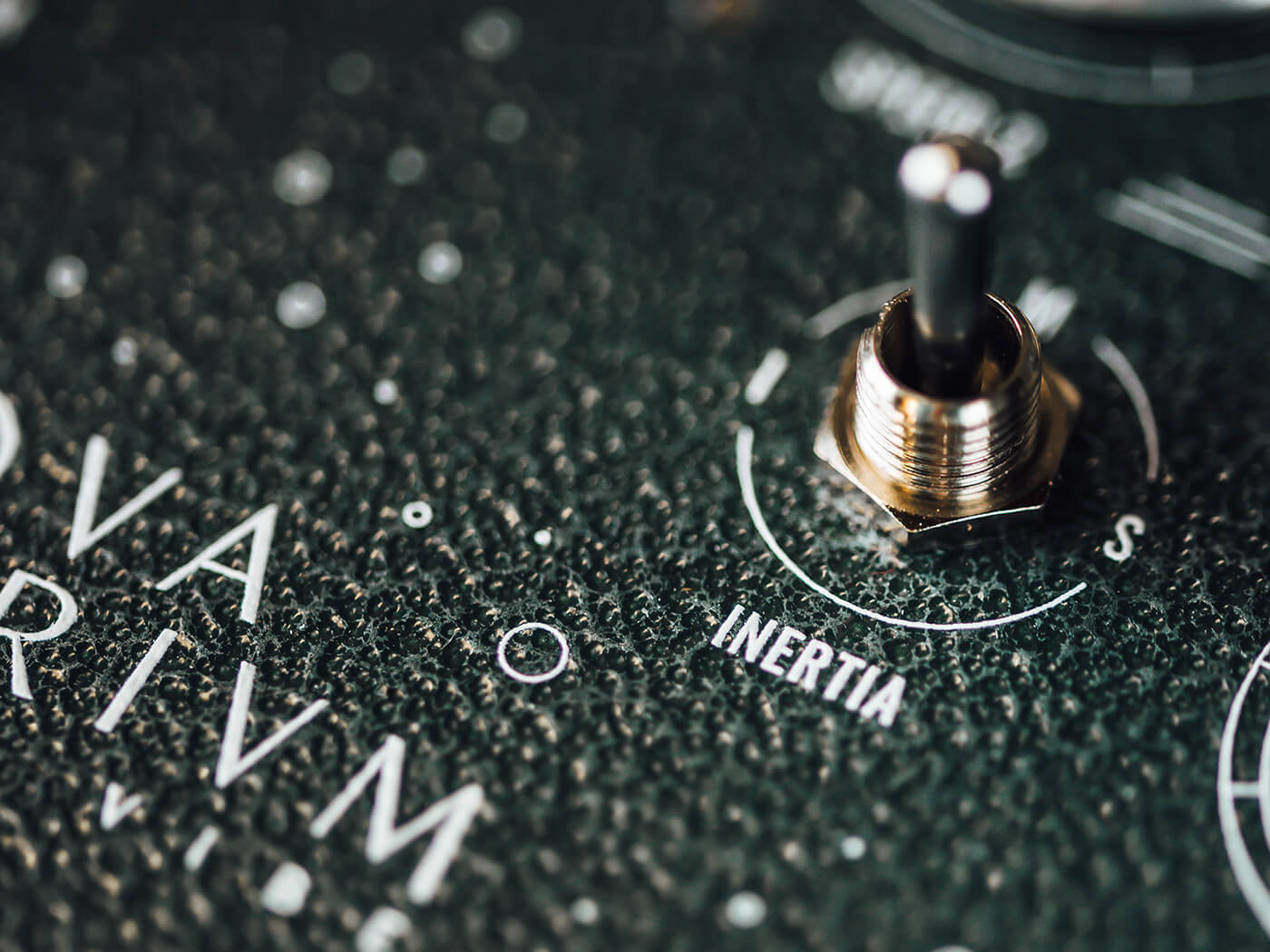 Handily those clever folks at Cornerstone have incorporated a superbly handy mix control into the Aquarium, switchable between two modes: blend (going from 100% dry to 100% wet) and mix (from fully dry to a mix of 100% wet in parallel with the dry sound). This feature alone could make it worth the price of admission for anyone who’s struggled to integrate a vibe into their rig. Add in a volume control that allows you to boost the signal if desired, along with a tone dial and one marked ‘inertia’ that allows various rates of Leslie-style morphing between speeds, and the feature set is comprehensive.

Huge praise should go to Cornerstone for combining these sophisticated features into an intuitive and simple design. The only other feature we wish it had is the ability to control the rate with an expression control, but the speed-changing footswitch largely makes up for that. 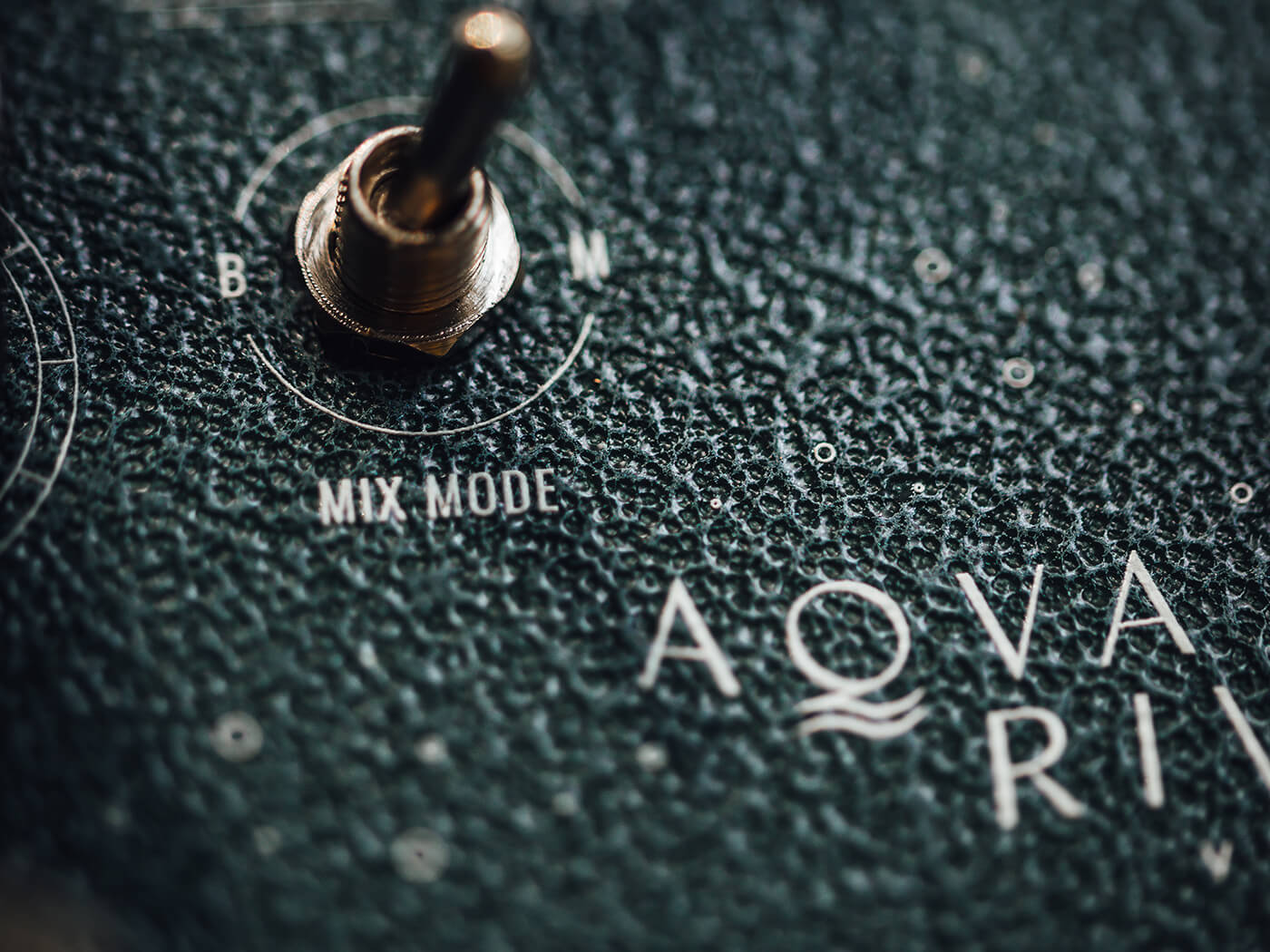 All this versatility would be irrelevant, of course, if the Aquarium didn’t excel in the sonic realm. As far as we’re concerned, a great vibe distinguishes itself from a standard phaser by how deep and chewy the sweep is… and this one matches the best of the original units, recreating that almost throbbing phase/chorus hybrid effect best typified by Hendrix’s Machine Gun.

Yes, it will nail ‘that tone’ when you have to do a Jimi number in the set, but the real pleasure of using this unit lies in its ability to go beyond the classic tones. In the real world, the beautifully usable mix and tone controls mean the Aquarium is more versatile across a range of musical genres than we’ve ever found a standard Uni-Vibe type to be, from gentle vibrato wobbles to thick chorusing and rotary sounds. The mix, intensity and tone knobs bring precise control of the effect and allow for much more subtle flavours if you want them. 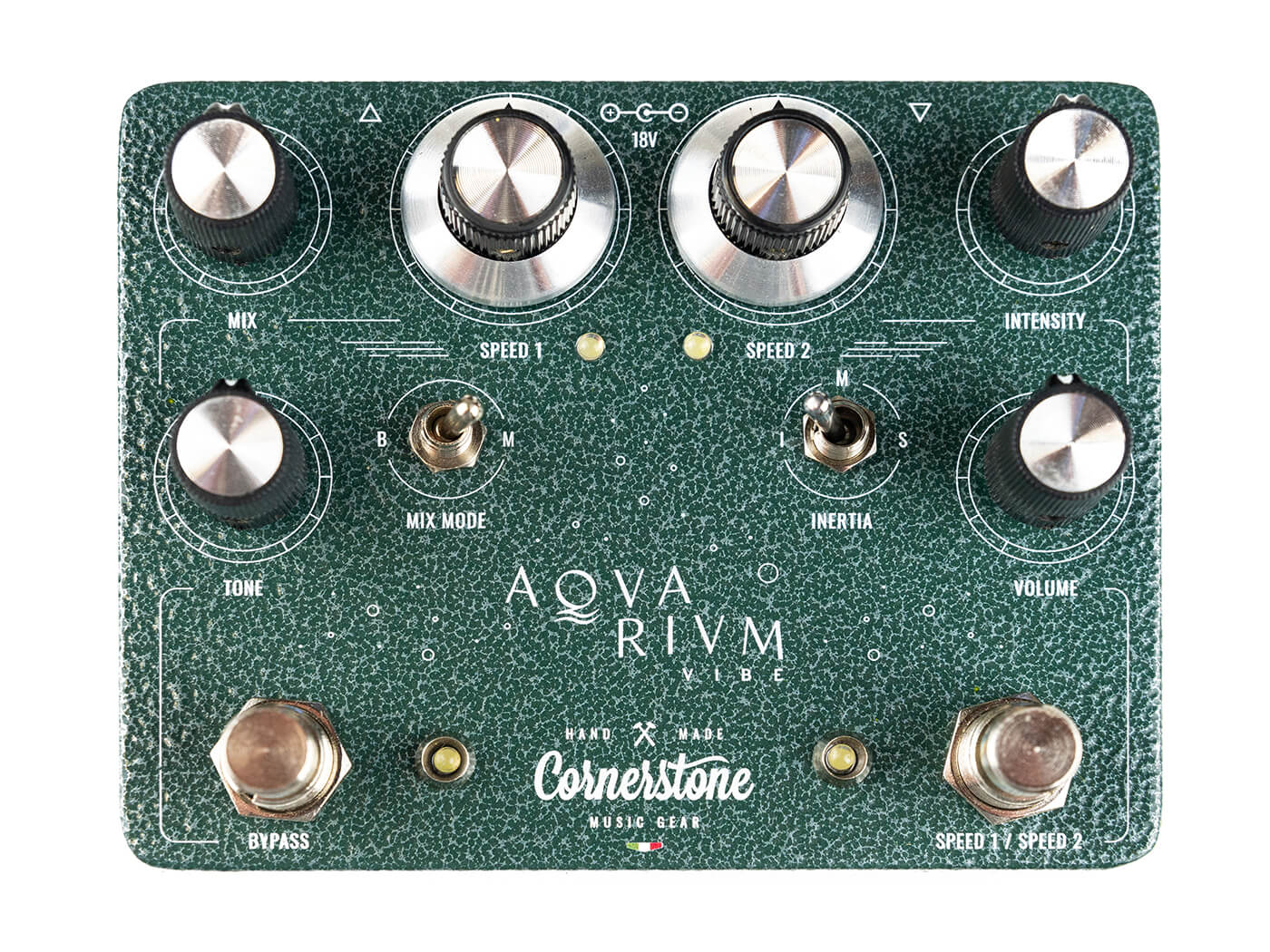 With the freedom to ramp up and down between contrasting speed settings that can sit perfectly in any mix from clean to high-gain, the Aquarium Vibe is a vast sonic playground for the creative player.