From one of the UK’s most respected boutique amp builders, this one-knob boost comes in two tone-enhancing flavours. 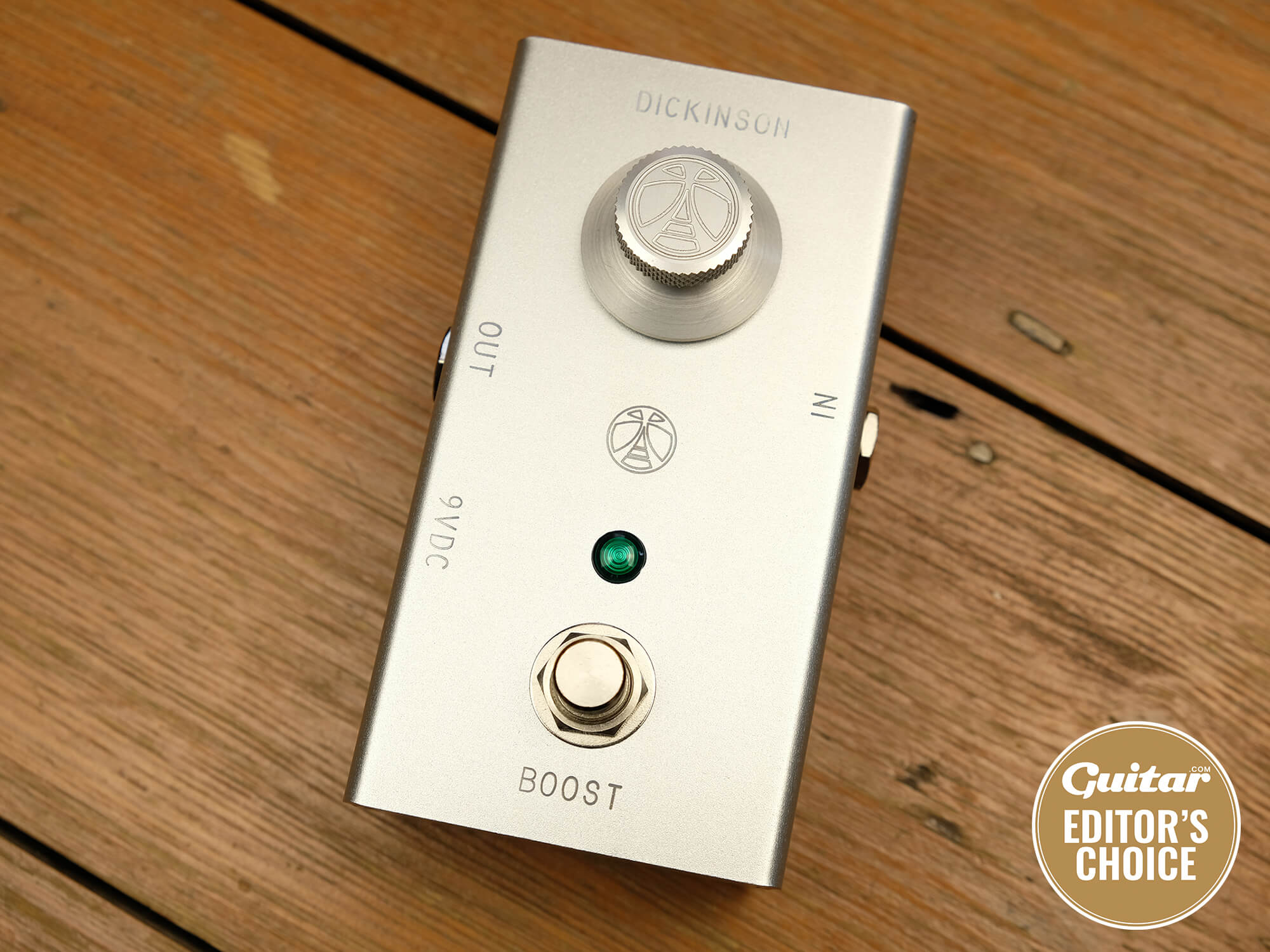 If you’re looking for a boost with an emphasis on well-rounded lower frequencies, you will not find better.

Clean boost pedals take an input signal, turn it up and send it out the other end. Not exactly sexy, are they? That might explain the rising popularity of the not-quite-clean booster, which makes your sound not just bigger but ever so slightly better too.

The last one we reviewed was the Benson Germanium Boost, a high-priced one-knob stompbox that sweetens your midrange in a subtle but delicious way. Now it has a rival: the equally simple (and equally expensive) Dickinson LoMo Boost.

The LoMo is another device that claims to smooth out the spikes as well as hike up the gain, this time using a PNP transistor in an ‘upside-down circuit’ to create – and this is the unconventional bit – low input impedance and medium output impedance.

Jon Dickinson says he designed this circuit back in the 1990s. It’s been through a few evolutions since then but this, finally, is the definitive production model. You can order it with the original silicon transistor or a germanium option. We’re checking out both in this review.

Built at Dickinson’s workshop in the heart of South London (the logo is a tribute to the nearby Crystal Palace transmitter), this compact pedal stays true to the company’s familiar all-metal look – although it’s a lot less shiny than the amps made famous by Matt Bellamy. The single custom-milled billet aluminium knob is the clear focus point of this serious-looking unit, which is well up to Dickinson’s usual impeccably high construction standards. 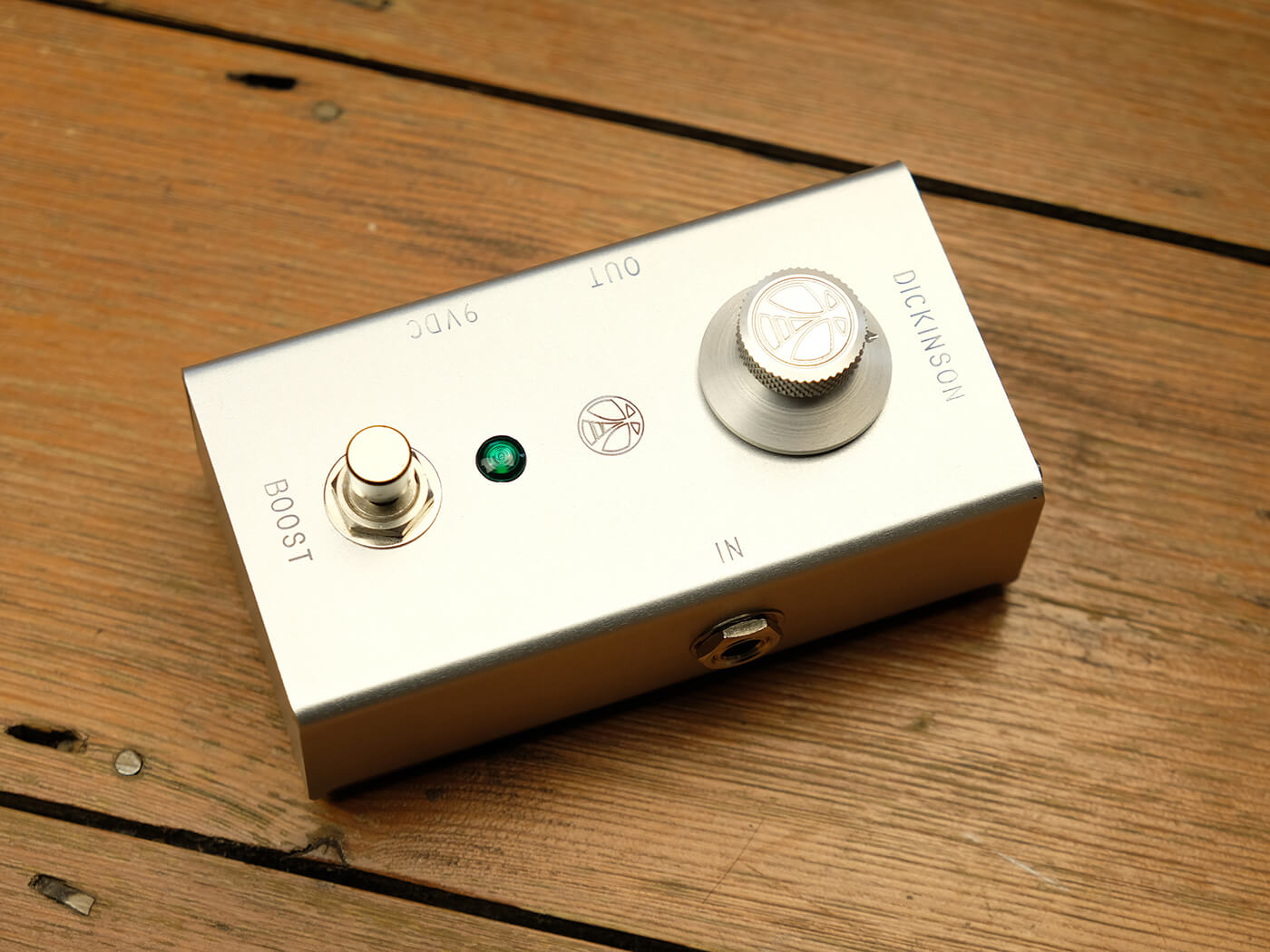 Spend an afternoon reading internet forum discussions about booster input impedance and, should you make it out alive, you’ll probably have a clear impression that it should be high. Low impedance, the experts will explain, risks making your signal weak and muffled.
There’s nothing weedy about what comes out of the LoMo, even if it is quite markedly softened in the spiky zone.

Used on its own with a smallish American combo, the silicon pedal gives an almighty shunt to the frequencies where words like ‘warmth’, ‘body’ and ‘oomph’ tend to hang out. But while the top-end is attenuated, that’s not at the expense of clarity: there’s enough treble content preserved to ensure a gently fluffy edge to our naturally overdriven notes and chords, even with humbuckers. Touch-sensitivity, meanwhile, is blissfully uncompromised.
The germanium version certainly sounds different – but is it better or worse? That’s impossible to say.

Its impact on the lower part of the frequency spectrum is broadly similar but the treble and upper midrange are noticeably more reduced. With some setups this might veer into wooliness. With others it’s just an even bigger helping of the same lip-smacking sweetness. Dammit, we want one of each!

That low input impedance doesn’t seem to create any issues with other pedals – the LoMo sounds superb right after a mids-focused overdrive – and both versions get on fine with amps that are already crunchy. In the end, Dickinson’s high-class booster is too coloured to be considered a direct rival to the Benson. But it’s every bit as desirable. 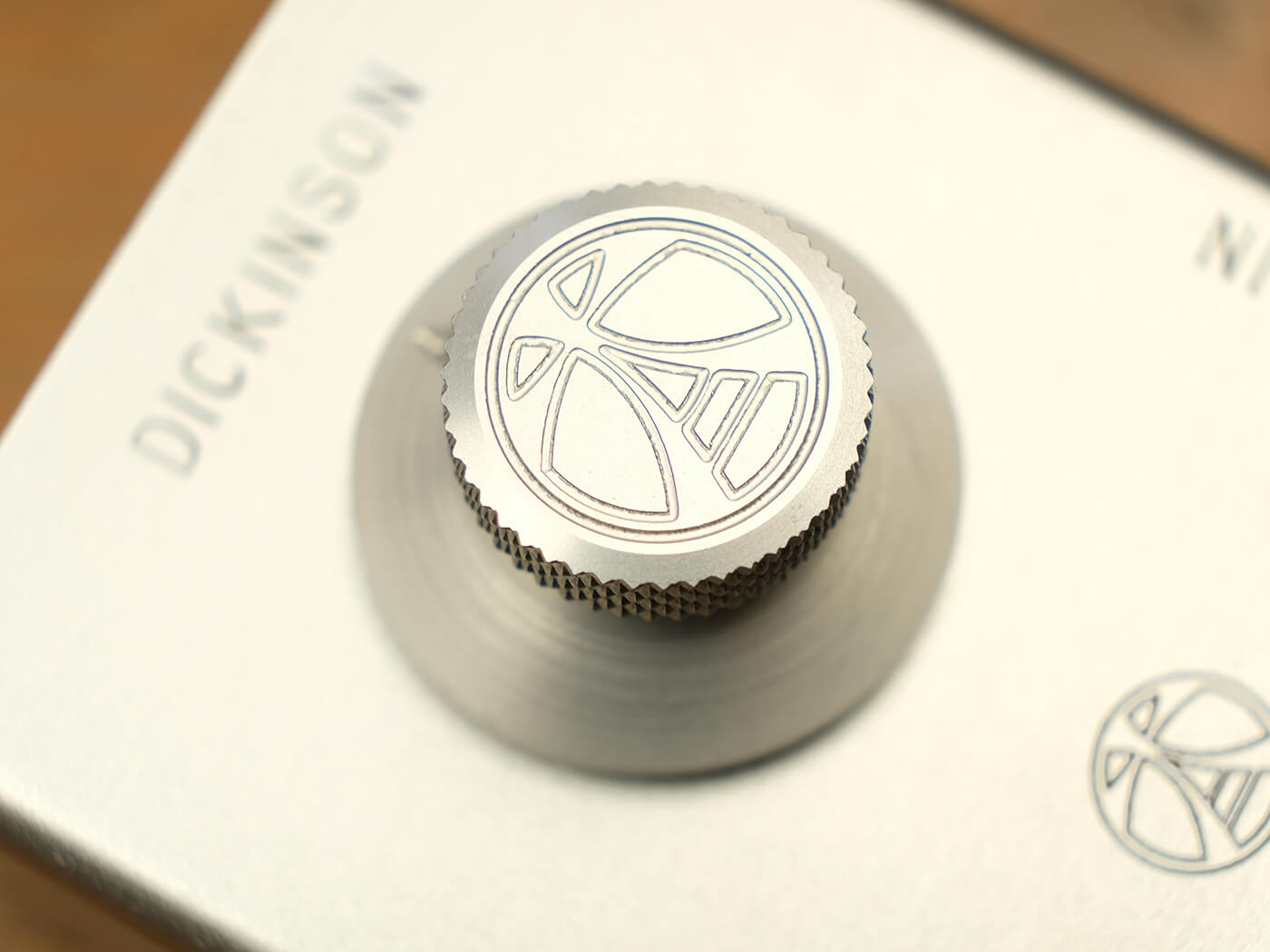