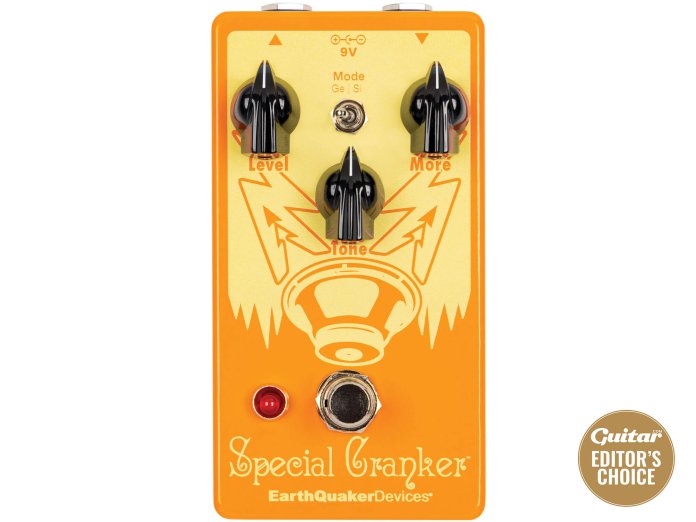 We’re not big fans of limited editions – if it’s that good, why not let everyone have a go? Luckily, EarthQuaker Devices seems to have come round to that way of thinking with the Special Cranker.

This medium-gain overdrive, an evolution of the old Speaker Cranker, was first launched in a run of just 100 units for the Japanese market a year ago. But now it’s going global, and that’s good news for tonehounds everywhere. In fact, it’s great news.

What we’ve got here is a take on the legendary Electra circuit – and for once that adjective is justified, because the Electra is a pedal that never actually existed. Designed not for a stompbox but for a module fitted inside a range of guitars in the late 70s, this simple circuit all but vanished before rising to popularity decades later as a template for DIY builders. 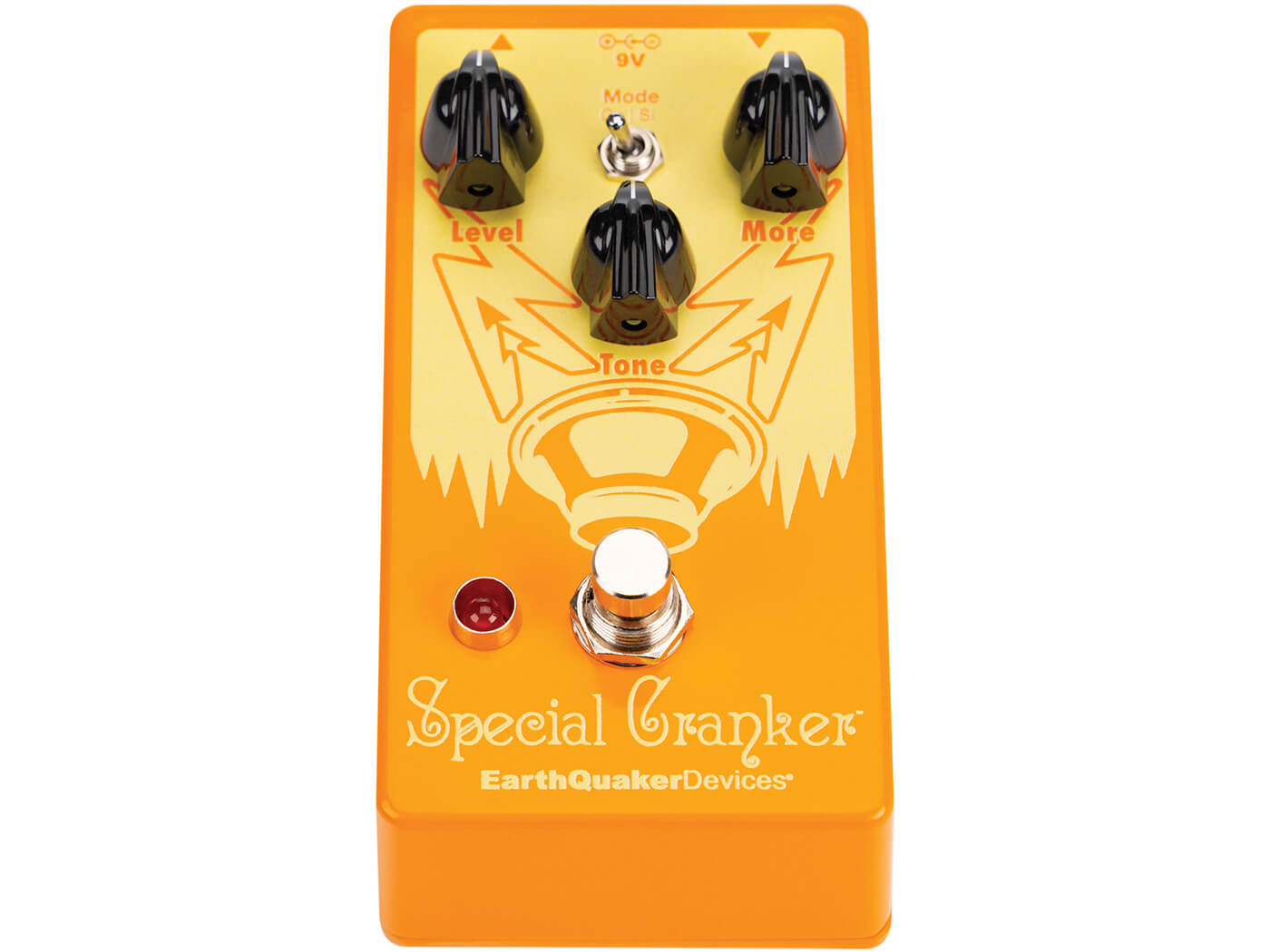 That in turn led to a number of boutique tributes, including the Speaker Cranker. But while EQD’s first effort followed the original formula of a single control knob, this one shakes things up by offering the tone-tuning luxury of three controls plus a toggle switch for germanium or silicon clipping diodes.

We’re told the Special Cranker also has additional gain on tap when you crank the transistor-biasing ‘more’ knob. The basic idea remains the same, though: asymmetrical hard clipping with the promise of natural amp-like drive and supreme sensitivity to the player’s touch.

Incidentally, there is one difference between this pedal and the Japan-only version of last year: the paint job. For our money this acidic orange and yellow colourway is at least four times less appealing than the dapper black and gold of the original, but we won’t be complaining if the sounds are golden. 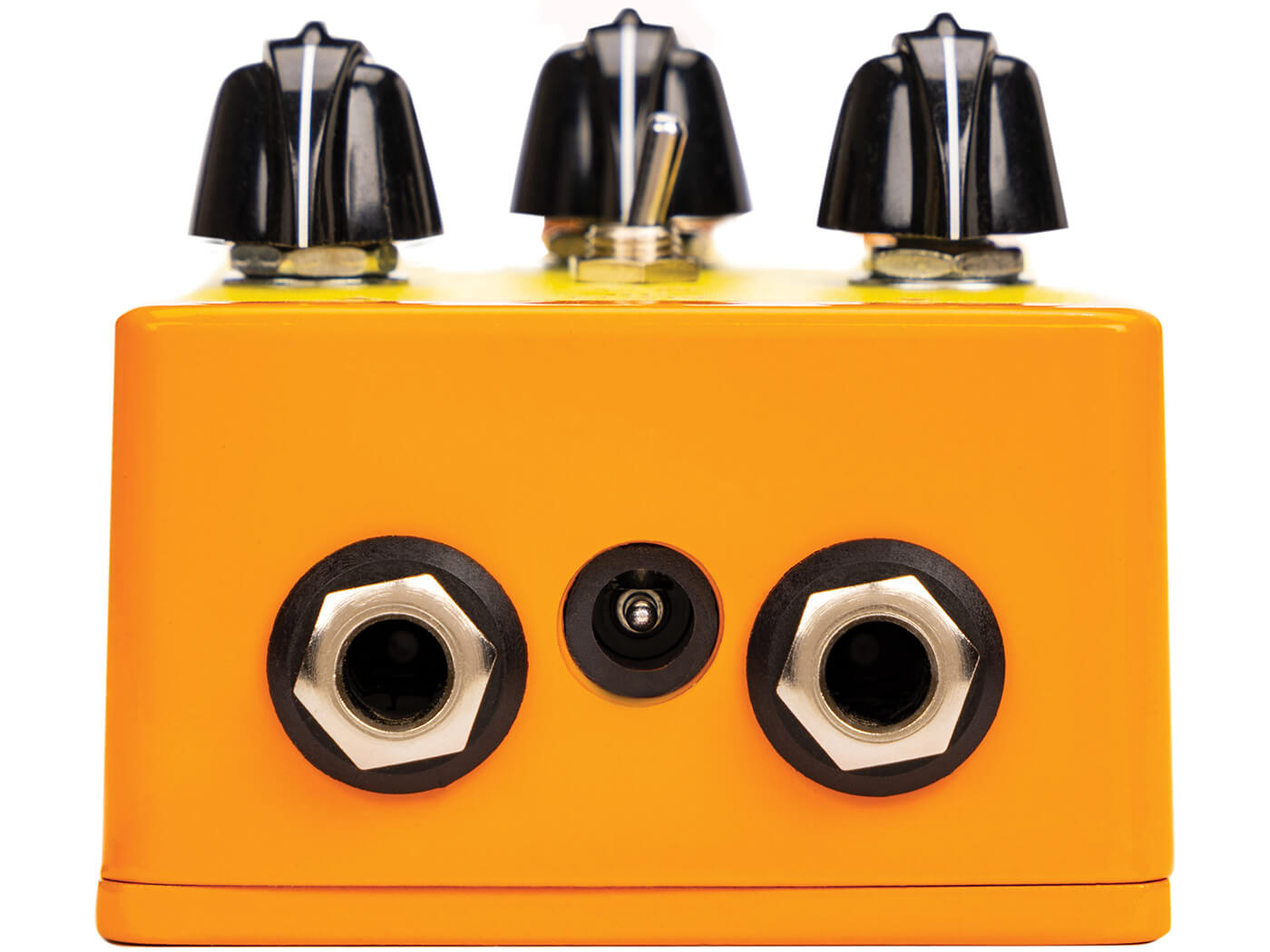 If you have an unfortunate friend who doesn’t get on with overdrive pedals because they sound too much like overdrive pedals, this might just be the cure. It’s supposed to crunch up like someone’s smuggled an extra gain stage into your amplifier, and that’s exactly what it does.

Starting in silicon mode with all three controls aimed skywards, we get a rich and meaty medium-gain drive that you’d probably file under ‘transparent’ simply because, in EQ terms, it’s not changing much. But that’s not really the point. More than anything, it’s the playing feel that puts the ‘Special’ in this pedal’s name.

It’s about as touch-sensitive as an overdrive could possibly be, in the sense that the loss of responsiveness to picking dynamics compared to our bypass tone is basically zero. Every nuance in the character of that clean signal is preserved, while the amount of drive can easily be controlled via the guitar’s volume knob. 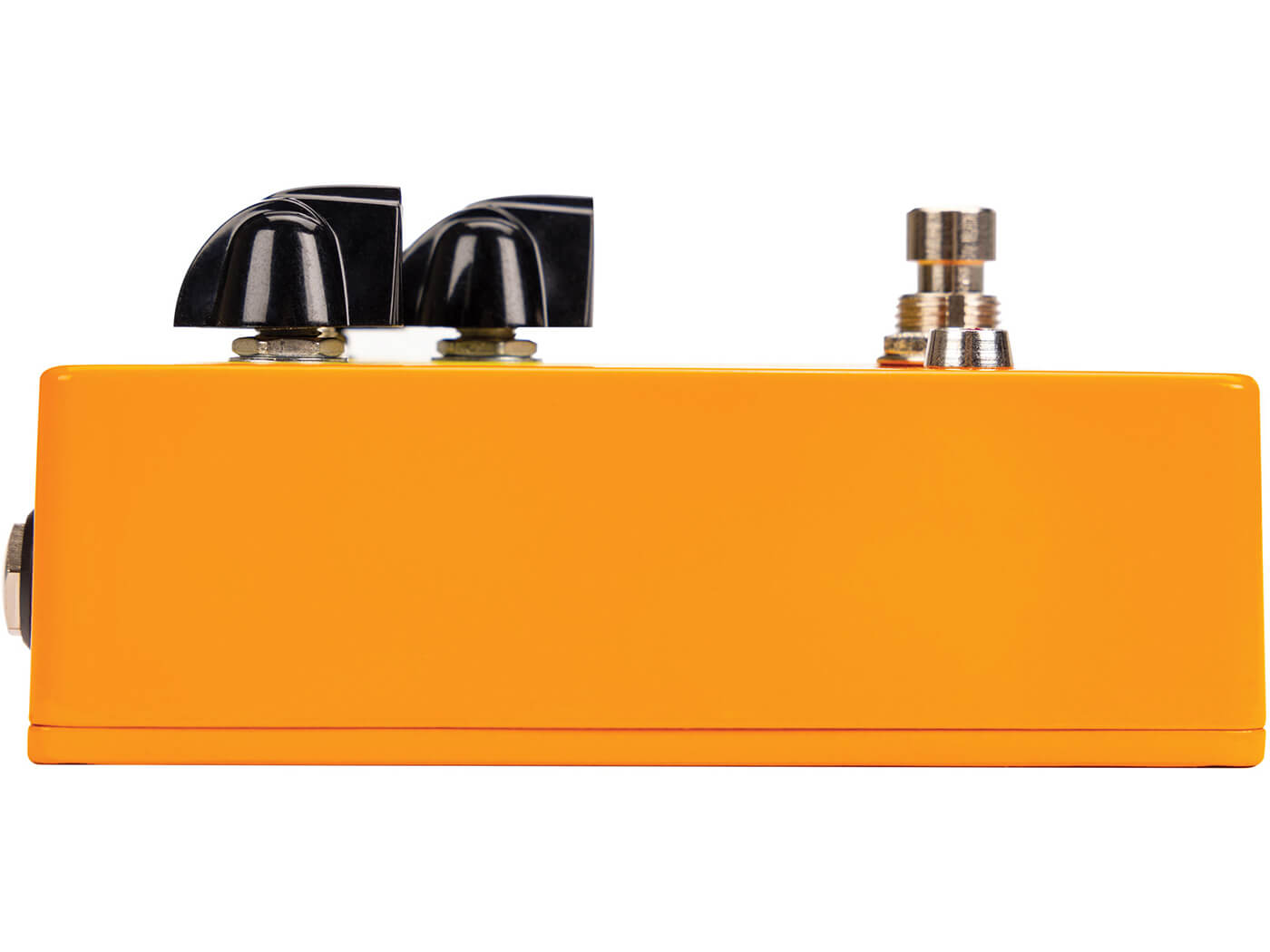 The gain range is broad enough, from a slight scuzzing up with the right-hand dial at minimum to something more like a cooking tweed monster at full blast, while the tone control serves up pleasing shades of treble attenuation just about all the way around.
Flipping over to germanium clipping isn’t exactly a game changer but it does make things a tad more soft and smudgy in the midrange. This could prove a handy precision tool in the quest to find the perfect balance between sweetness and presence.

EarthQuaker makes a lot of stompboxes and they tend to be pretty good, but the company’s recent output in the field of natural-voiced overdrive has been so consistently great it’s starting to get a bit annoying. And this one is right up there with the best of them.