The Jazzmaster-toting figurehead of the slacker generation has put his name to an official Muff for the first time. But is it worth buying ahead of the standard model? Time to gear up for a sludgefeast. 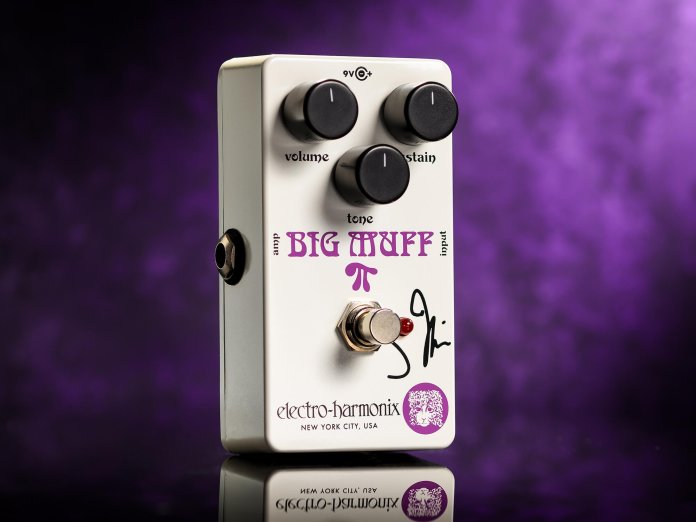 The Dinosaur Jr frontman is no stranger to signature models – notably his Squier Jazzmaster – and has already collaborated with Wren And Cuff on the Garbage Face, a boutique take on his favourite Ram’s Head Big Muff from the mid-70s. Well, now he’s gone back to the source with a J Mascis version of Electro-Harmonix’s own Ram’s Head reissue.

In case there’s any doubt about the exact nature of this pedal, let’s make it clear from the start: it’s identical to the standard Ram’s Head Big Muff Pi in every detail except the graphics (we checked the circuit boards to make sure). It is, however, more expensive than the grey version, so the only real reason to even consider buying it – aside from any possible collectability – is sheer Mascis worship.

There’s nothing wrong with that – and it remains a much cheaper option than even the compact ‘Jr’ version of the Garbage Face – but if you’re already familiar with the non-signature model, you know exactly what’s coming in the second half of this review. 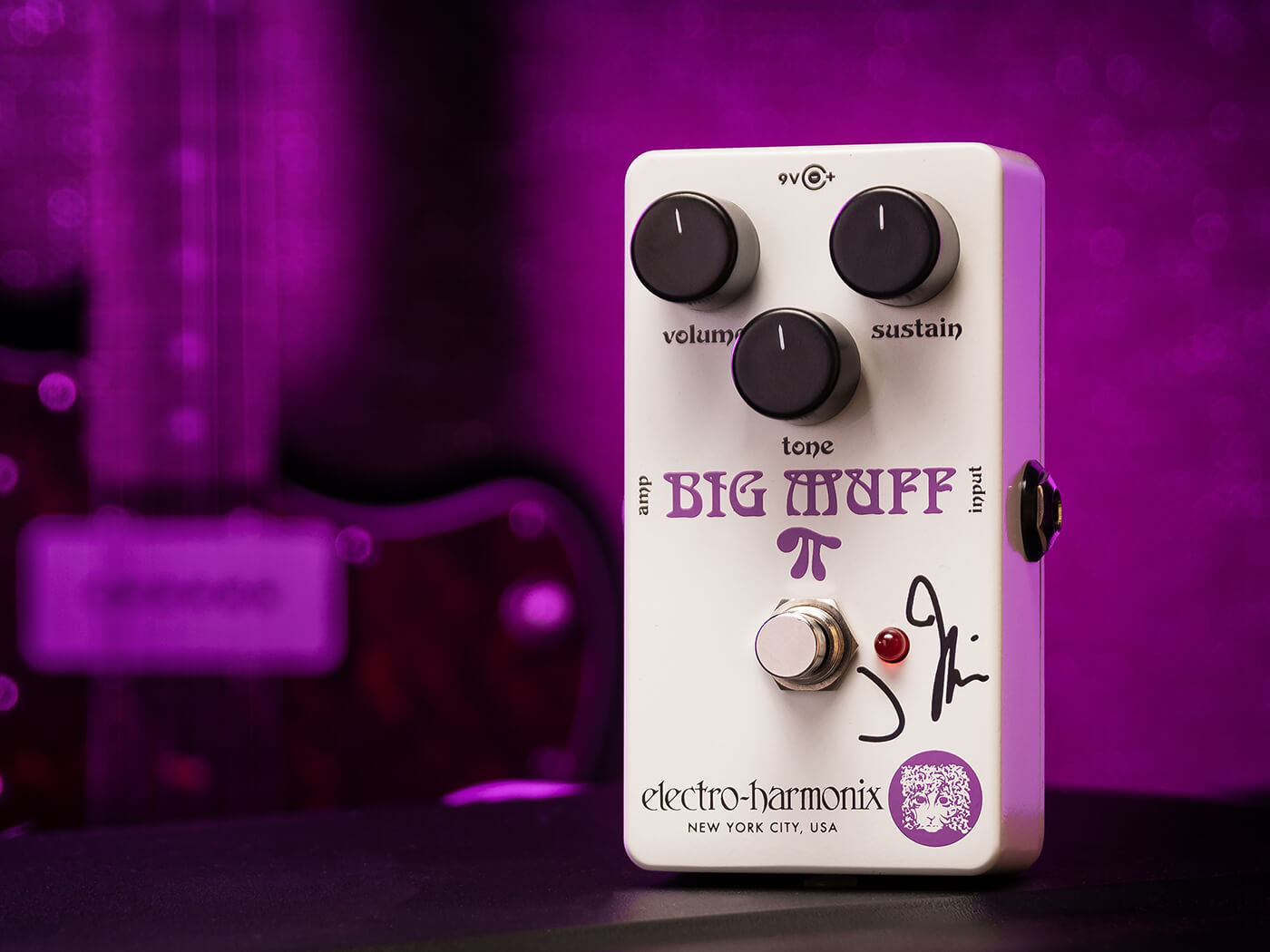 Do we at least get a Mascis-purple status LED? Nope, it’s standard red. Not to worry, though because we’re here for the noise, and you can rely on a Ram’s Head Muff to provide plenty of that.

Starting out with all the controls pointing north, our jangly clean chords are immediately obliterated by a rolling thundercloud of fat, relentless, gurgling fuzz. We almost added the word ‘buzzy’ there but it’s not really that – while some Muffs have a distinct edge that could almost be described as nasal, there’s no danger of that with a Ram’s Head. It’s not dark and muffled, but it’s very much at the warm end of the spectrum. Having said that, there is quite a lot of range in the tone control, so you can make it extra-doomy or add some mix-busting crispness if you want to. 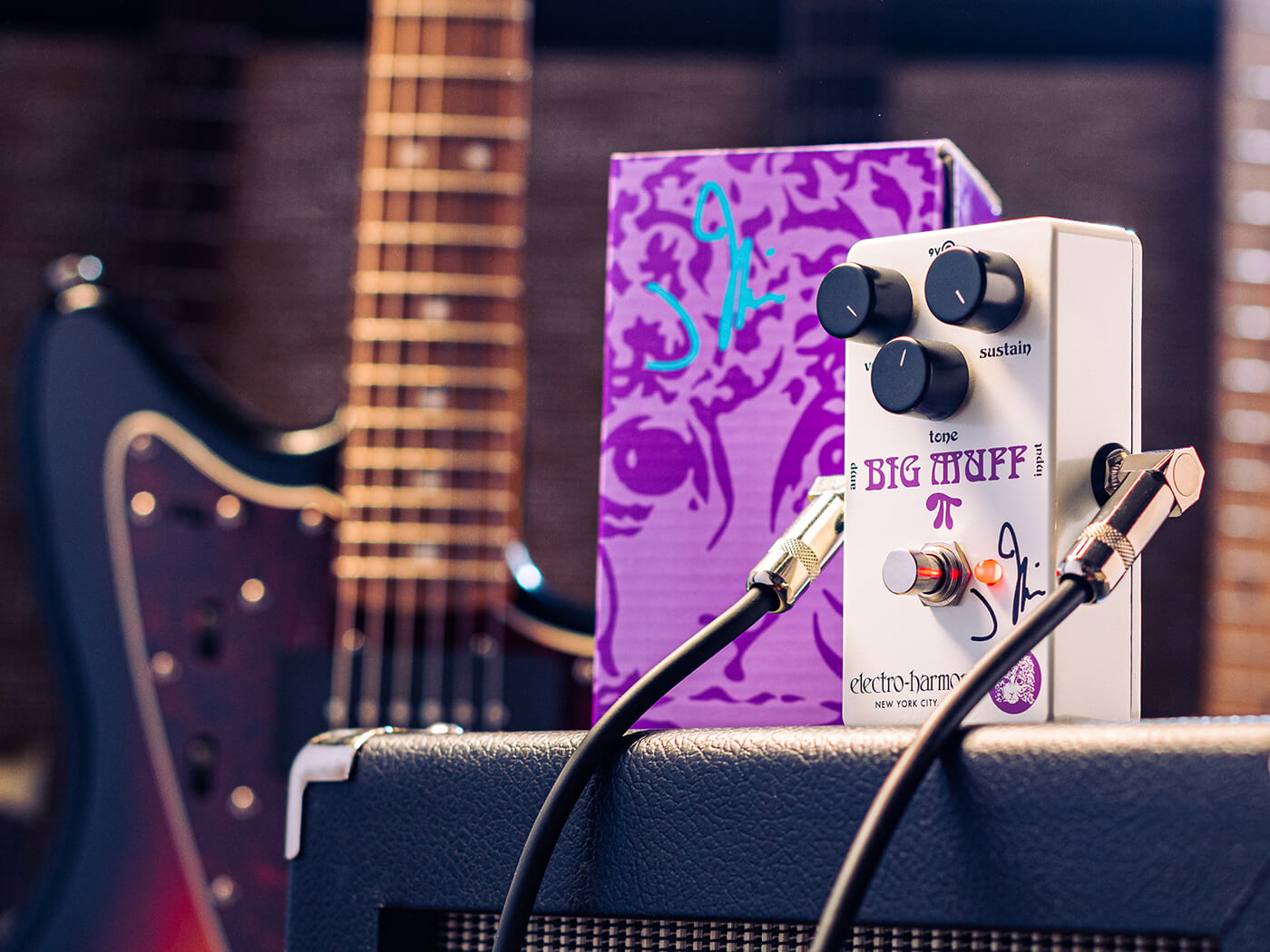 The sustain knob covers a decent amount of ground too, although it takes a special kind of spoilsport to want to turn the gain down on any Big Muff. You can also clean things up a touch with your guitar’s volume control, but this tends to make the character weak and farty rather than lean and gritty. There’s a golden rule here: when in doubt, turn it up.

If you want to recreate the famously massive Muff tones of those great Dinosaur albums (and the not-so-great ones after Lou Barlow left), this pedal will absolutely get you there – and yes, it does look nicer than the standard version. It’s just a pity EHX couldn’t have made some kind of sonic tweak to give this unit a signature sound to match its signature look. 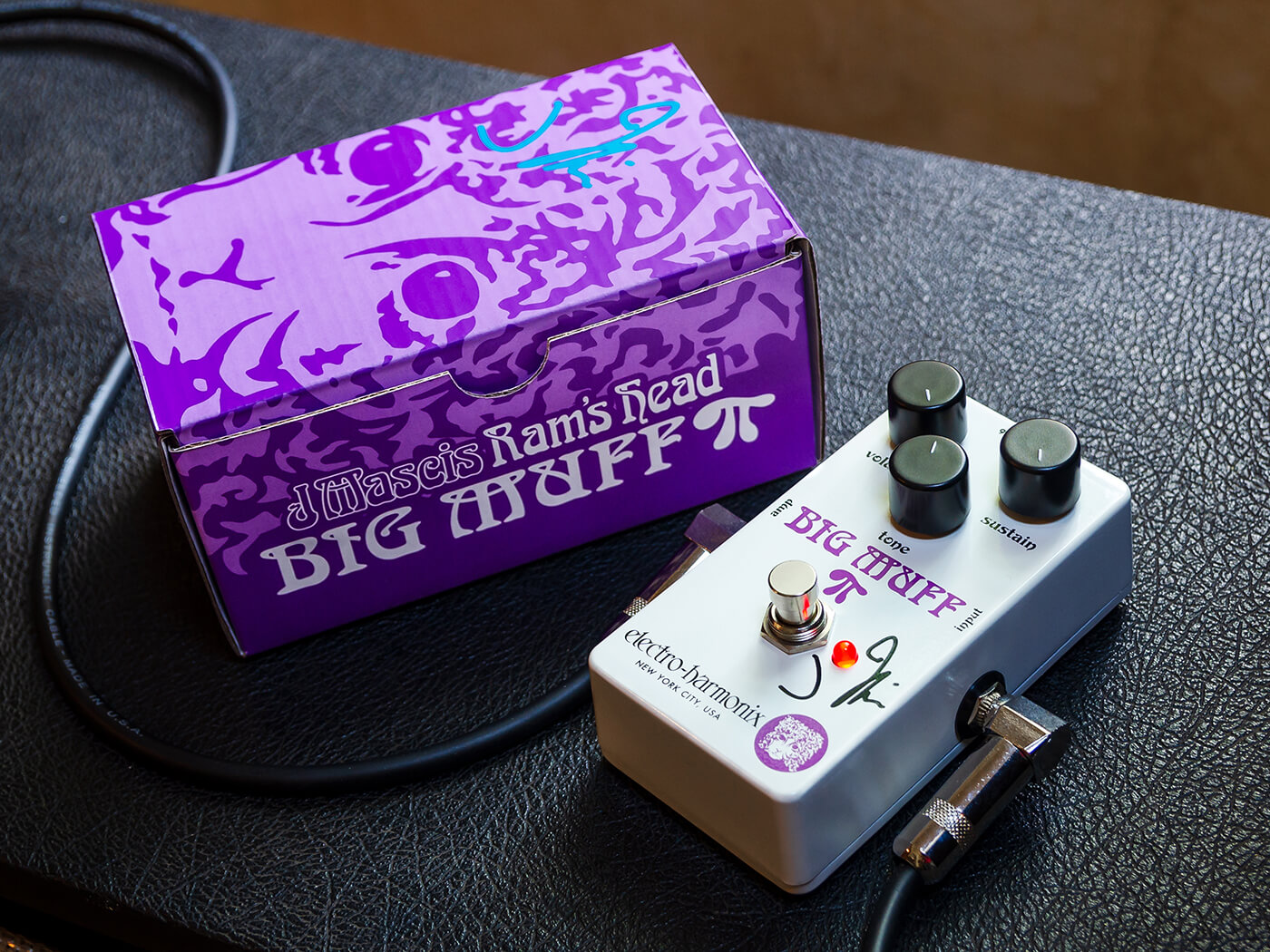