Electro-Harmonix Nano Pulsar review: Is this the best-value stereo tremolo pedal ever?

EHX somehow squeezes its popular Pulsar wobble-box into an even smaller form factor, while adding useful functionality? Next they’ll be telling us it turns water into wine as well. 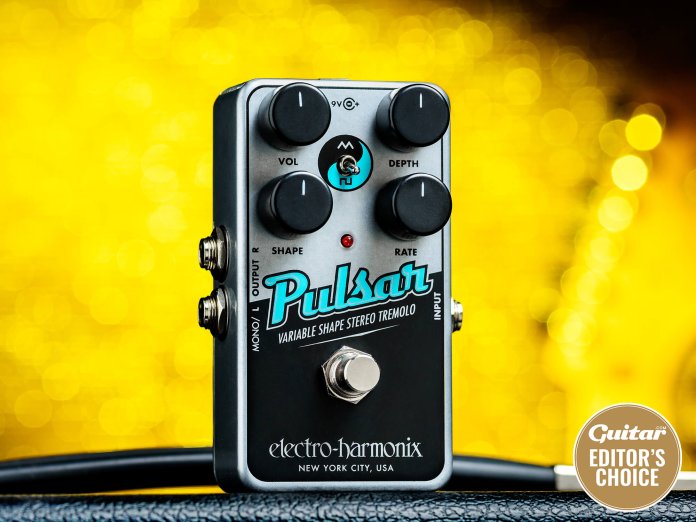 The circle of life, as Elton John once sang, moves us all. And while he and Tim Rice might have been referring to the cyclical balance of the animal world in their Lion King classic, at Electro-Harmonix the natural order of things is the same: a pedal is released, and then over the years it’s refined and shrunk until eventually it reaches its final form as a ’board-friendly Nano-sized stomper.

While some pedals get through this process faster than others, the Pulsar has been kicking around in some form or another for decades now. The original pedal was a product of EHX’s late-70s heyday (and actually wasn’t that big!), but the modern Pulsar arrived amid the brand’s revival in the early 2000s and offered a nifty variable-shape analogue tremolo circuit in a classic bent steel enclosure. Then in 2008 the Stereo Pulsar upped the stakes with two channels of throbby goodness in a smaller die-cast aluminium chassis. 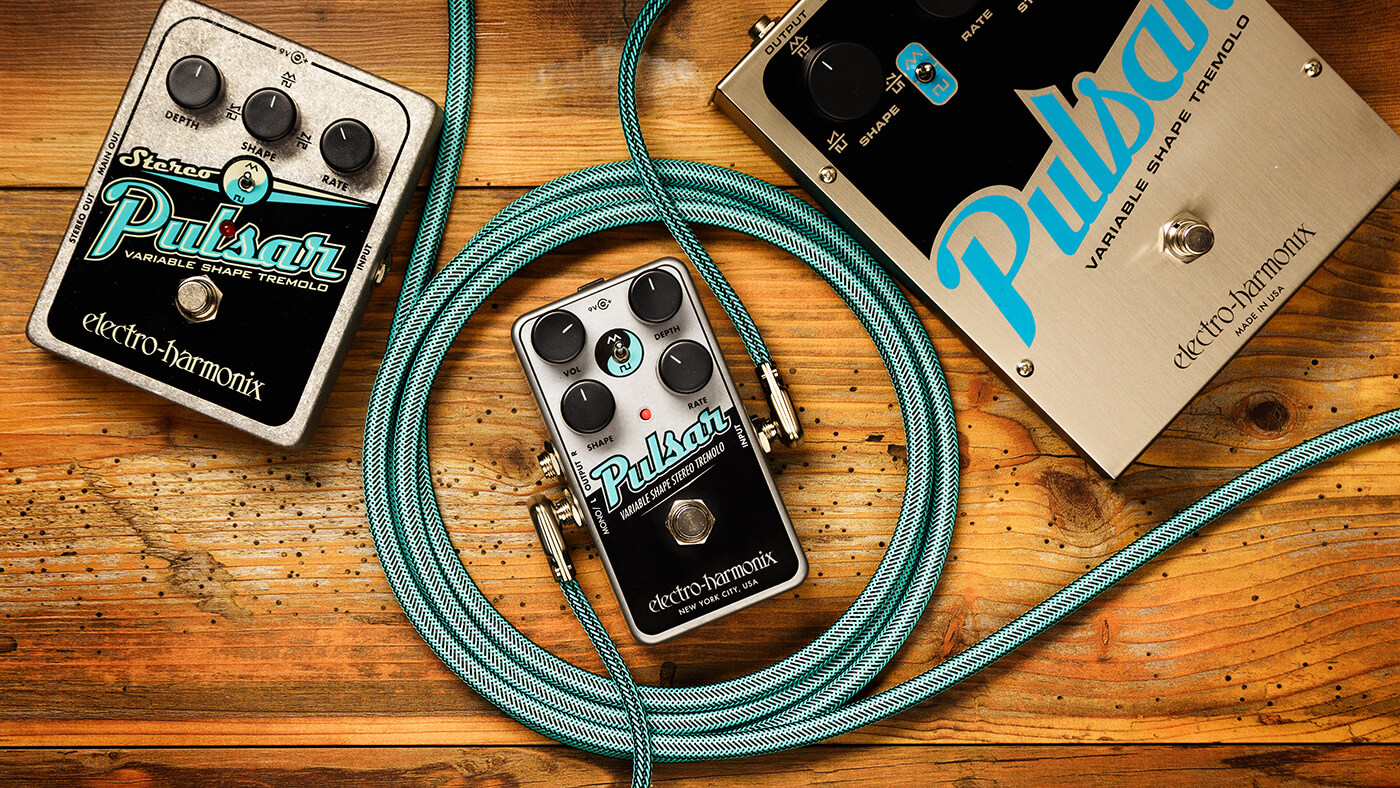 Evolution is of course rarely a straight line, so in 2015 we saw the arrival of the Super Pulsar – a musical and creative if slightly over-complicated beast – but now, finally, 2022 sees the concept reach its natural conclusion with the Nano Pulsar.

Like its forebears, the Nano offers a wealth of tone-shaping tremolo possibilities thanks to its triangle/square mode switch and a shape knob that offers deeper control over the waveform. Impressively for a pedal of this size, the stereo operation of its big brother has somehow been squeezed into this smaller form factor, while brand new for this model is the introduction of a fourth knob to control the overall volume. Let’s get a-wobbling. 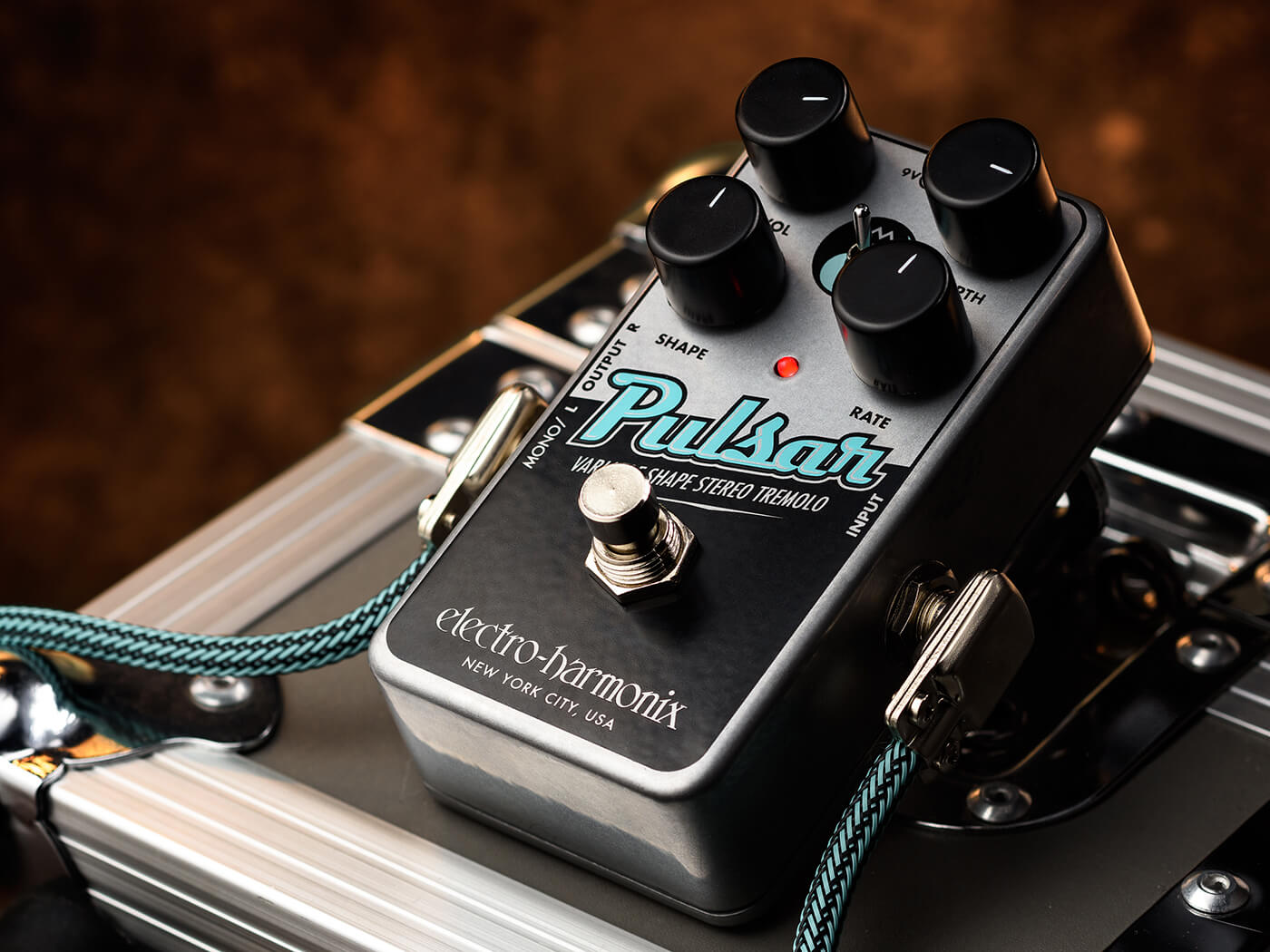 The addition of a volume control might not seem like a game-changer for a modulation pedal, but in practice the ability to control the overall output and match it with the rest of your chain instantly feels essential, especially when you get into more extreme wig-out territory. Otherwise, the fundamental core of the Pulsar remains unchanged, and what a fine and musical core it is too.

After you’ve selected your peak shape, the bottom-left knob changes the waveform itself. So, in triangle mode it goes from a rising sawtooth into a classic symmetrical triangle, and then on to a falling sawtooth. Similarly, in square mode you go from a small pulse width to a balanced square wave, with the pulse then getting ever wider and madder as you twist the knob right. 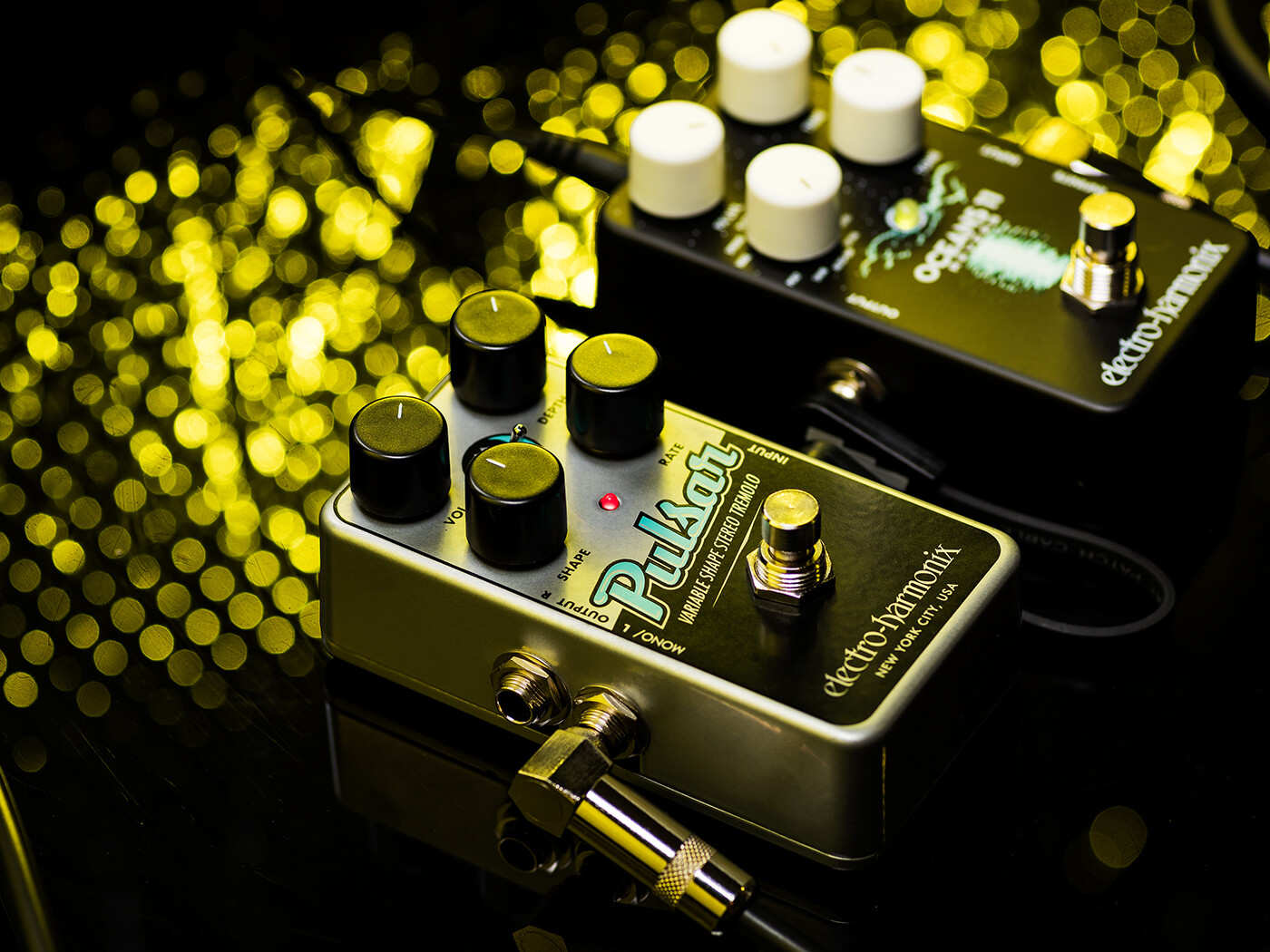 It’s not all about trem either: crank the depth control in triangle mode and you’ll find it does a more than passable Leslie impersonation, while dimming both rate and depth in square mode gets you into ring modulation territory. All of this is further enhanced if you have the means to run a stereo rig – with the peaks and slopes of the effect panning wonderfully between the two outputs in a hugely compelling fashion.

Whether you’re after How Soon Is Now? jagged stutters, amp-like Nancy Sinatra-isms or something altogether more esoteric, the Pulsar remains a hugely impressive pedal, and this Nano format makes it even more desirable. 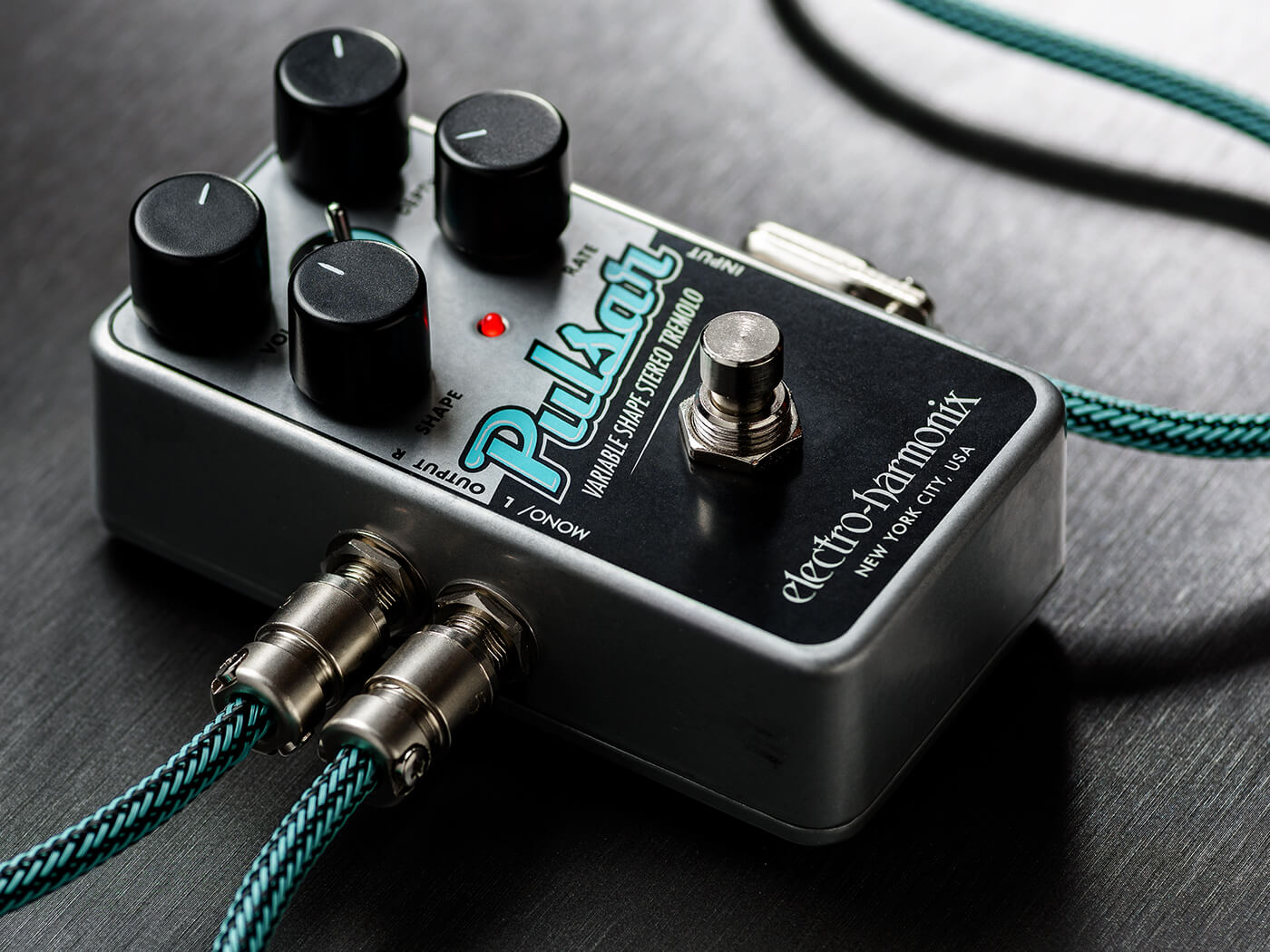