The latest Electro-Harmonix fuzz machine promises ripping tones – literally. But what we actually get is a slightly different kind of lo-fi raucousness. 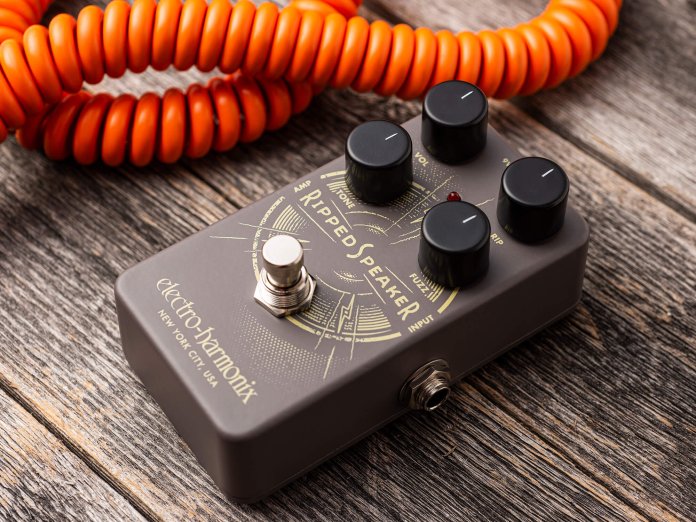 Fingers on buzzers, everybody. What links Willie Kizart in 1951 and Dave Davies in 1964? Answer: they both recorded famous guitar parts with distortion caused by speaker damage. But while Kizart’s splatty run on Ike Turner’s Rocket 88 and Davies’ fizzy-edged riff on the Kinks’ You Really Got Me are both undoubtedly big moments in rock history, it’s tough to argue that either is a nice sound in its own right. So is the ripped-speaker effect actually desirable?

The easiest way to find out is, of course, to get medieval on your amp with a kitchen knife. But because speaker cones are quite difficult to un-slash, Electro-Harmonix has come up with an alternative: a stompbox that it claims can recreate the sound of mutilated paper pulp with the added benefit that you can turn it off afterwards.

It’s an interesting idea in theory, even if there’s already a fuzz pedal that does the same thing: the Devi Ever Torn’s Peaker. Perhaps a more fundamental issue is that the Rip knob on the EHX Ripped Speaker is actually just a bias control, so what it’s really recreating is the sound of voltage-starved fuzz.

Close enough? Maybe. But it might be best if we focus on how the pedal sounds as a fuzz box and not worry too much about the accuracy of its ‘emulation’. 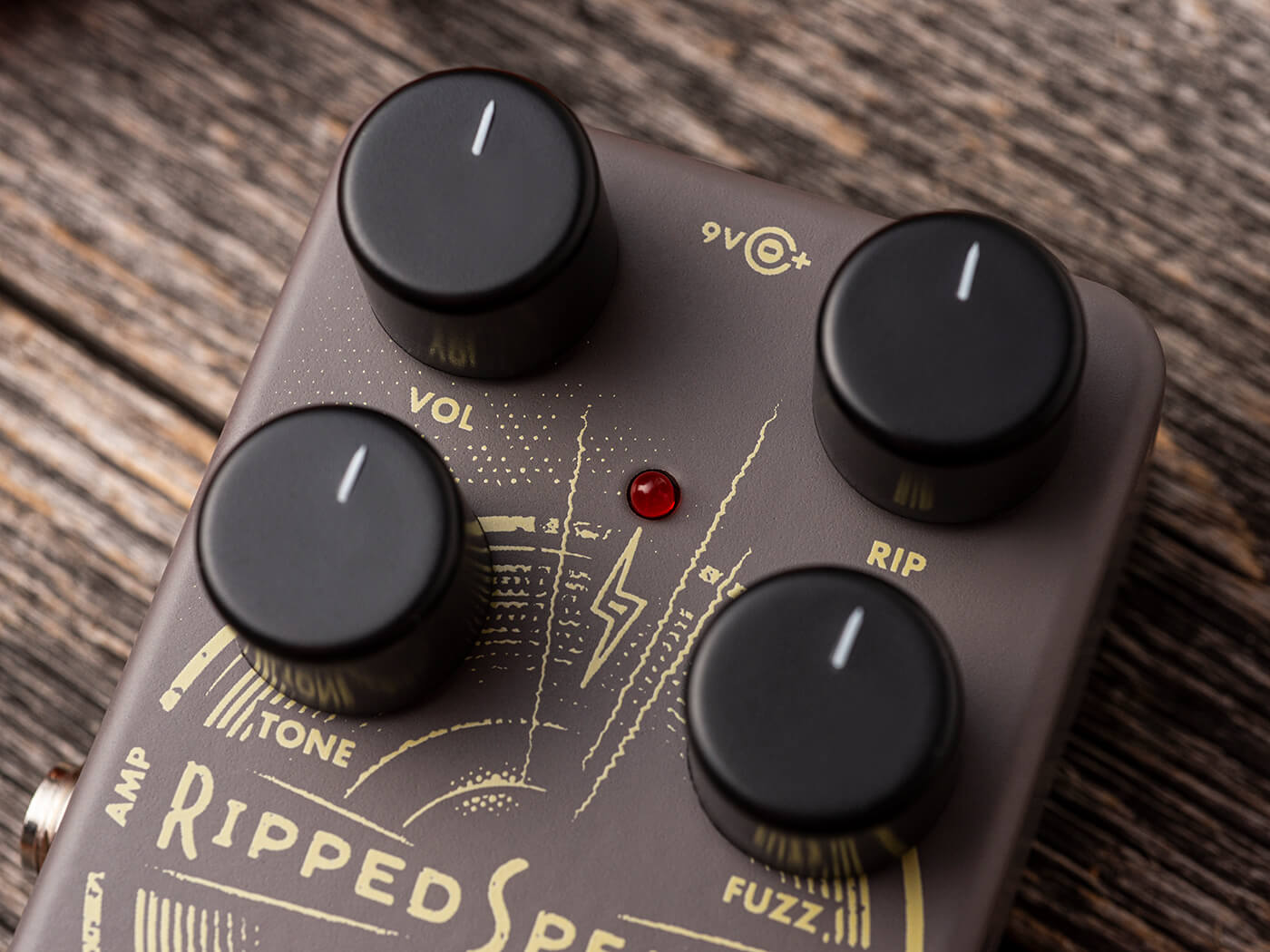 The manual says we’ll find the most open sound with the Rip control at noon. In the case of our review pedal, the manual is wrong: full voltage is actually closer to 10 o’clock. But what we find there, with the other three controls all pointing north, is a perfectly pleasant fuzz tone with scooped-out mids and a tight, gravelly texture.

We can get close to that You Really Got Me scuzziness by turning the gain right down. But the real fun, as is so often the case, lies in the opposite direction, where maxing out the fuzz brings a hint of the velvety sustain associated with EHX’s Big Muff family of muck-generators.

Fuzz boxes with bias controls can be tricky to wrangle – it’s all about finding that spot where things start to go squelchy-spluttery but the notes aren’t gated out into silence too quickly. The Ripped Speaker makes it relatively easy to find that balance, and there are subtle differences in the gating effect depending on whether you go up or down from the wide-open mid point. It’s a sound we’ve heard plenty of times before – and certainly the ThorpyFX Field Marshal does it much better – but we’re not sure it’s been delivered this well at this price point.

The ripped-speaker effect probably isn’t desirable for most of us. But gated splat-fuzz can be, so it’s just as well that this pedal doesn’t really live up to its name. Whatever EHX wants to call it, this is an entertaining and affordable noise box. 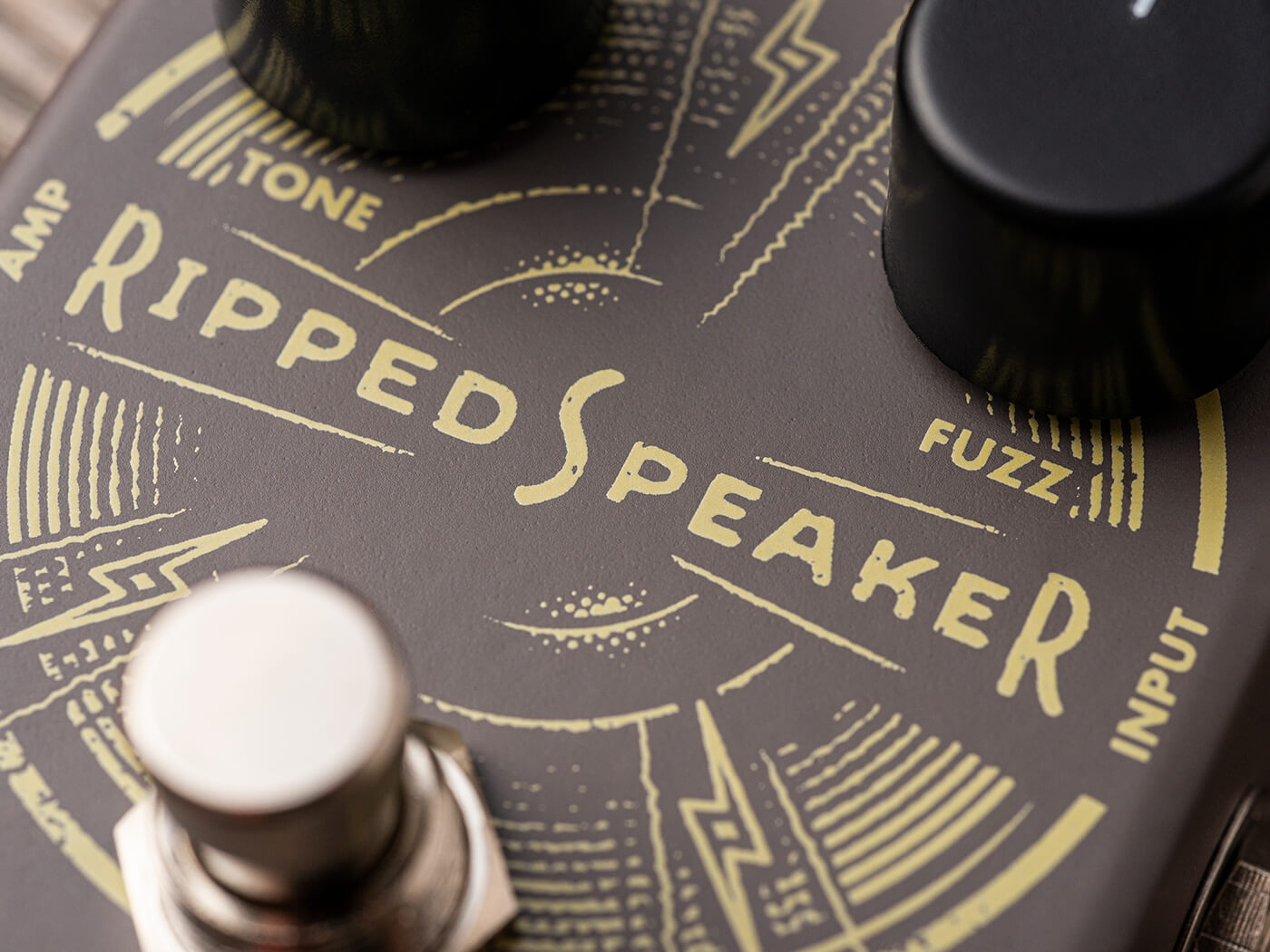