EHX’s latest ‘9’ pedal wants to turn your guitar into something much more polite and sophisticated… but its vintage synth tones can also get pretty wild. 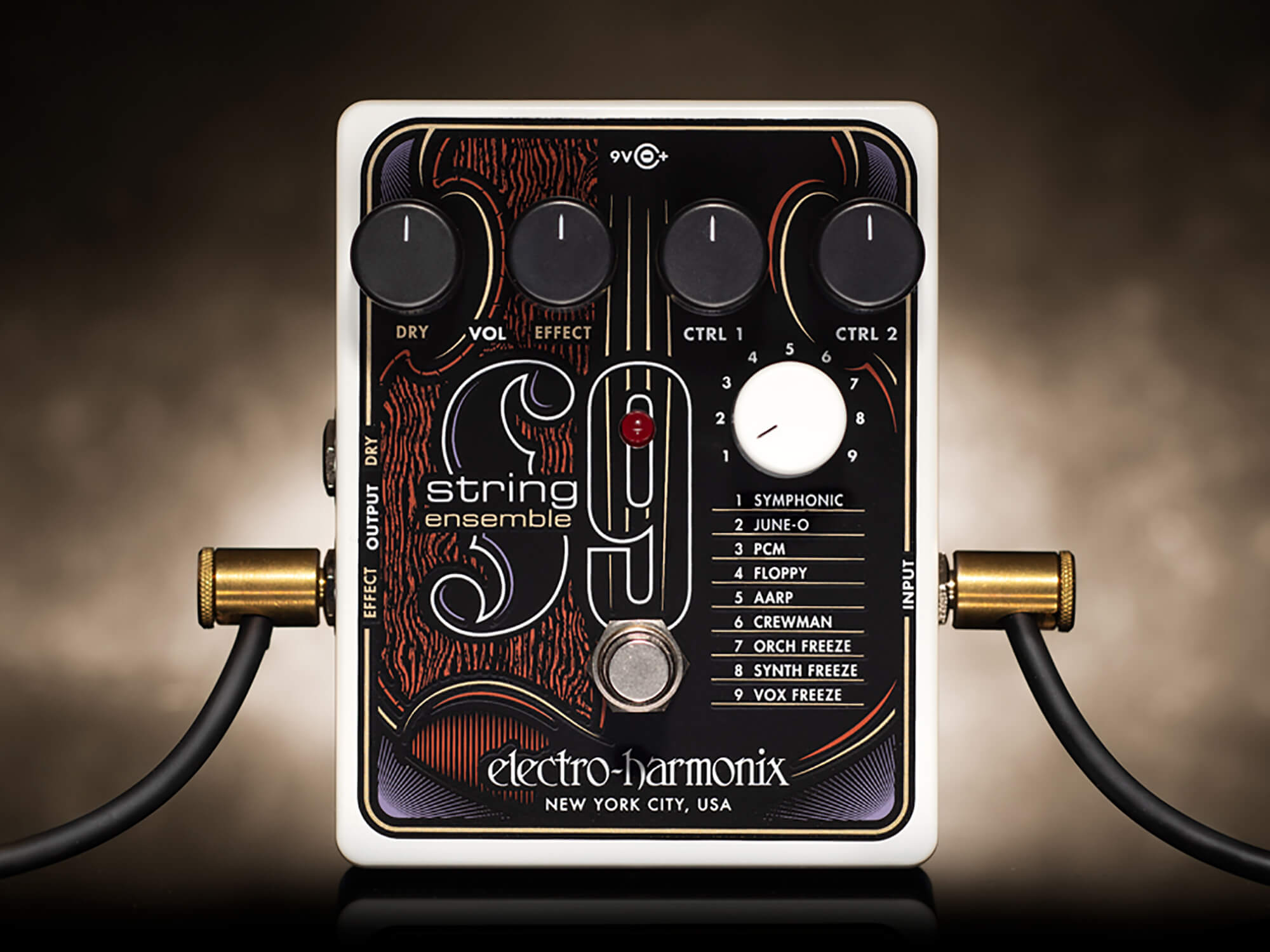 Some of its emulations might feel more at home in a keyboard synth, but this is a unique plaything with a lot of creative power.


There’s no such thing as too many effects pedals, but if we listed every stompbox in the current Electro-Harmonix range it would probably be longer than this review. Don’t these people ever rest?

The EHX of today is a two-headed monster, with old-school analogue tone machines still going strong on one side while complex digital noise-makers attack from the other. And today we’re looking at something very firmly in the latter category: the String9, a multi-voiced string ensemble synthesizer pedal. Don’t be fooled by the artwork: only one of this unit’s nine modes is supposed to mimic real strings, while the others are inspired by various keyboard-based orchestral synths from the 80s and earlier. Some modes have added effects, and the last three each include a ‘freeze’ function for infinitely sustaining background textures. 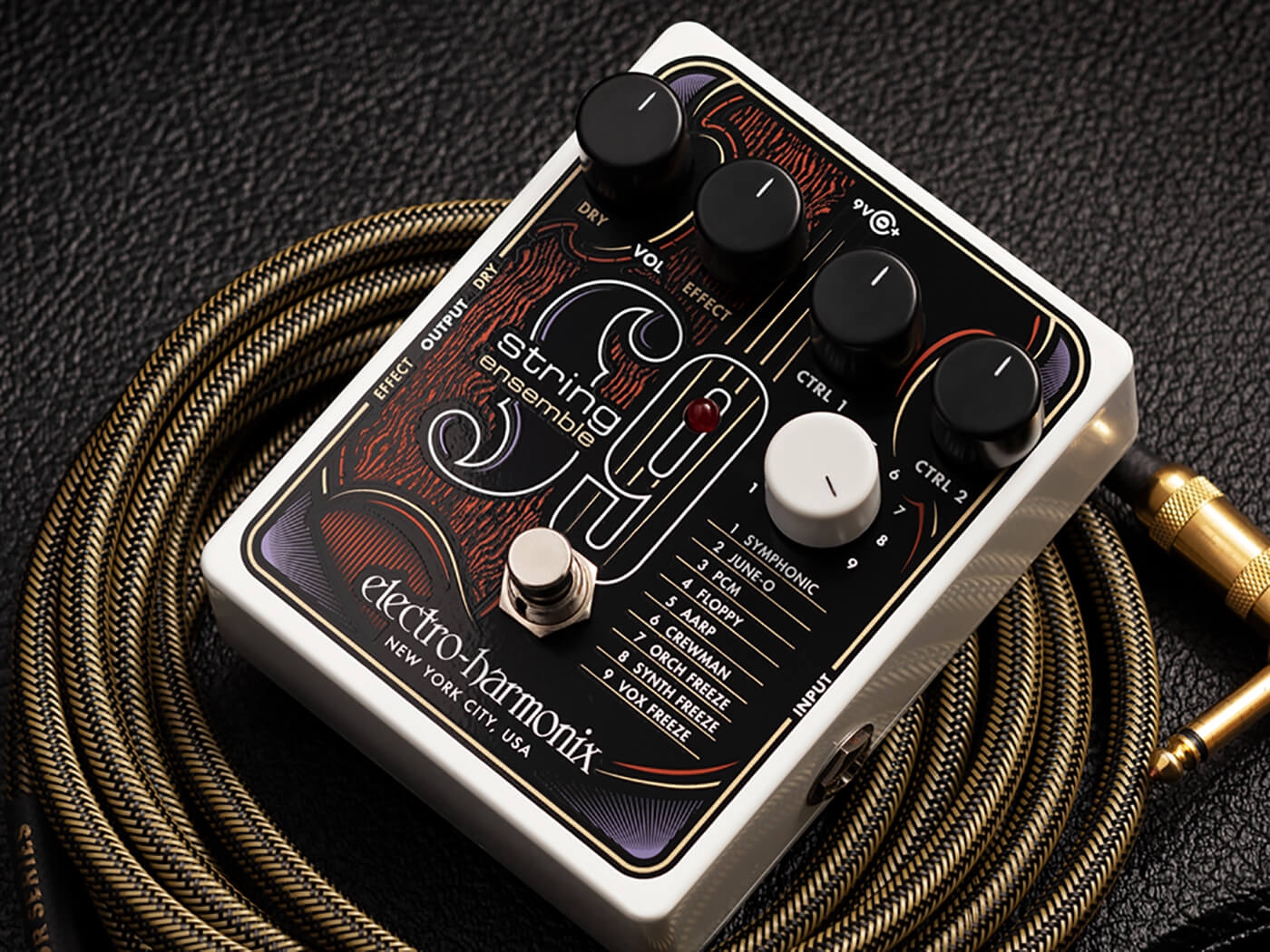 Your chosen synth sound can be blended with the dry signal, and you can even send your untreated guitar to a separate output if you wish. EHX recommends going DI for “the most hi-fidelity sound”, so using both outputs – dry into a guitar amp, wet into a PA or audio interface – will give you the option of sounding like a guitar and the absolute opposite of a guitar at the same time.

Other than the two output level knobs and a rotary switch for the nine operating modes, the only two controls are marked ‘CTRL 1’ and ‘CTRL 2’ – these have different functions in different modes, ensuring maximum wackiness is available at all times. 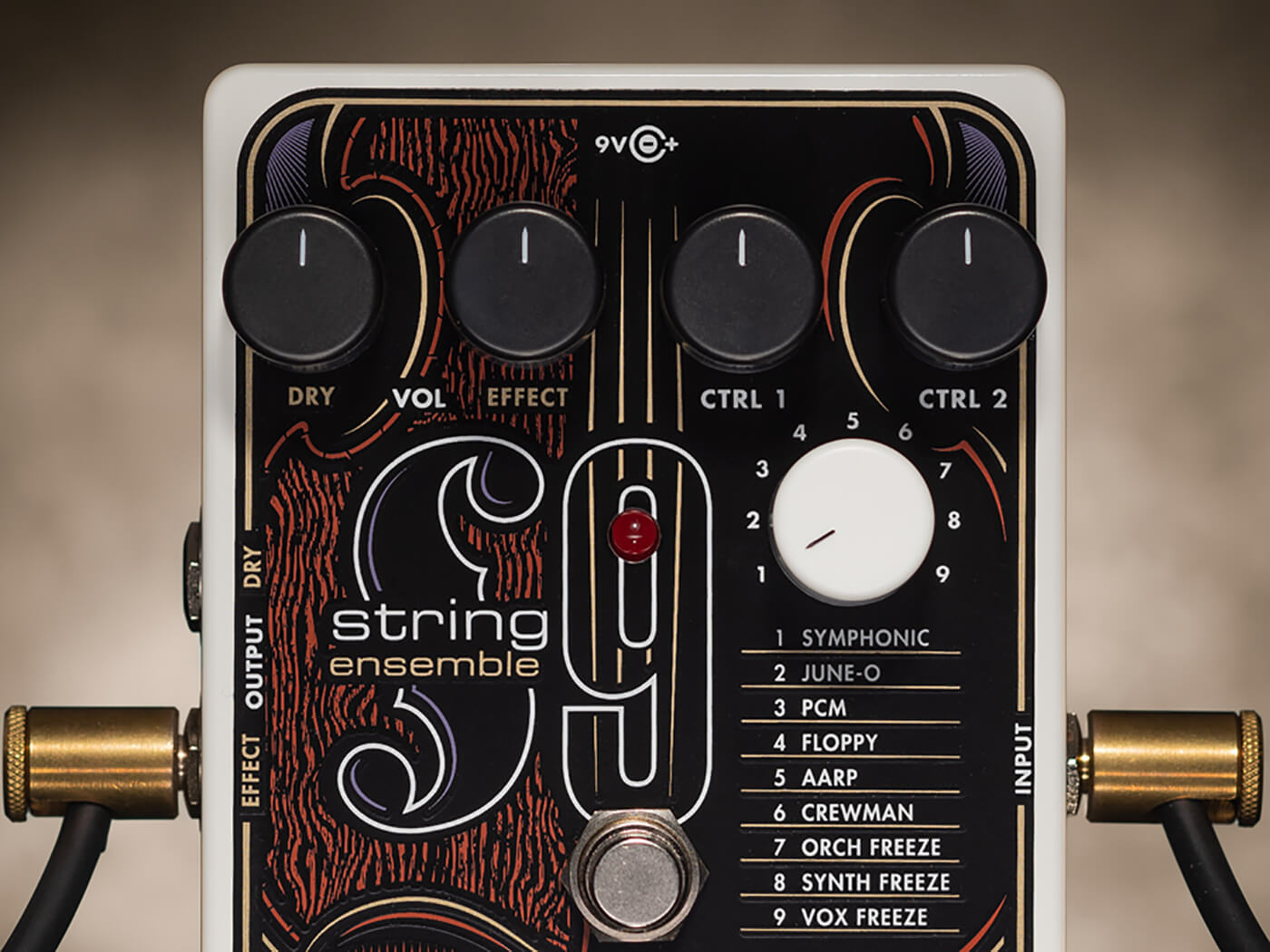 Symphonic mode is up first, and if you’re expecting it to sound just like real instruments being bowed by people in dinner jackets then you’re in for a slight disappointment. Well, even proper keyboard synths never sound exactly like actual orchestras, so what chance does a little guitar pedal have?

In this mode the control knobs let you adjust the tone and how long your notes and chords (naturally it’s polyphonic) hang around after you stop playing. It’s a dense, gently modulating voice that can get very large indeed and tracks reliably all the way up and down the neck, each note beginning with a soft attack and ending with a natural ‘concert hall’ fade. Nice – even if no one’s going to think for a second that it’s actual strings. 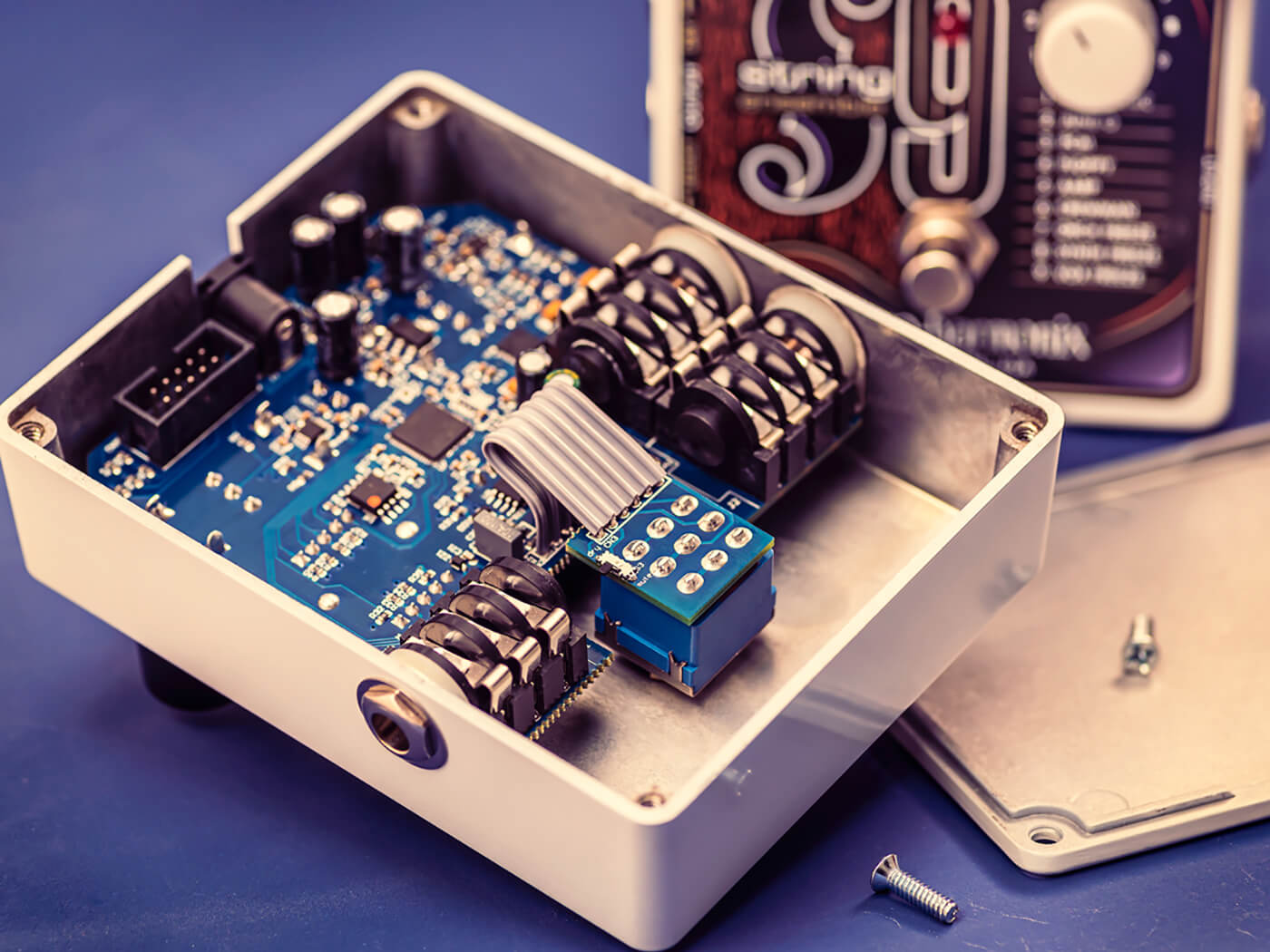 But the real entertainment comes when we move to the ‘synth pretending to be a synth’ sounds. The sources here include a Roland Juno with five octaves to choose from, a disc-based Mellotron alternative called the Orchestron, and an ARP Solina with a built-in Small Stone phaser. This last one can sound swirlingly awesome with the phaser set super-slow, but they’re all a lot of fun – as long as you don’t mind your pick attack being completely buried in the shimmering gloop, even with the dry signal pushed past halfway.

Then there’s a sound based on the Crumar Performer synth of the late 70s, with an envelope filter effect that adds some interesting movement and can be extra-epic at slower settings. And that just leaves the three freezable options. 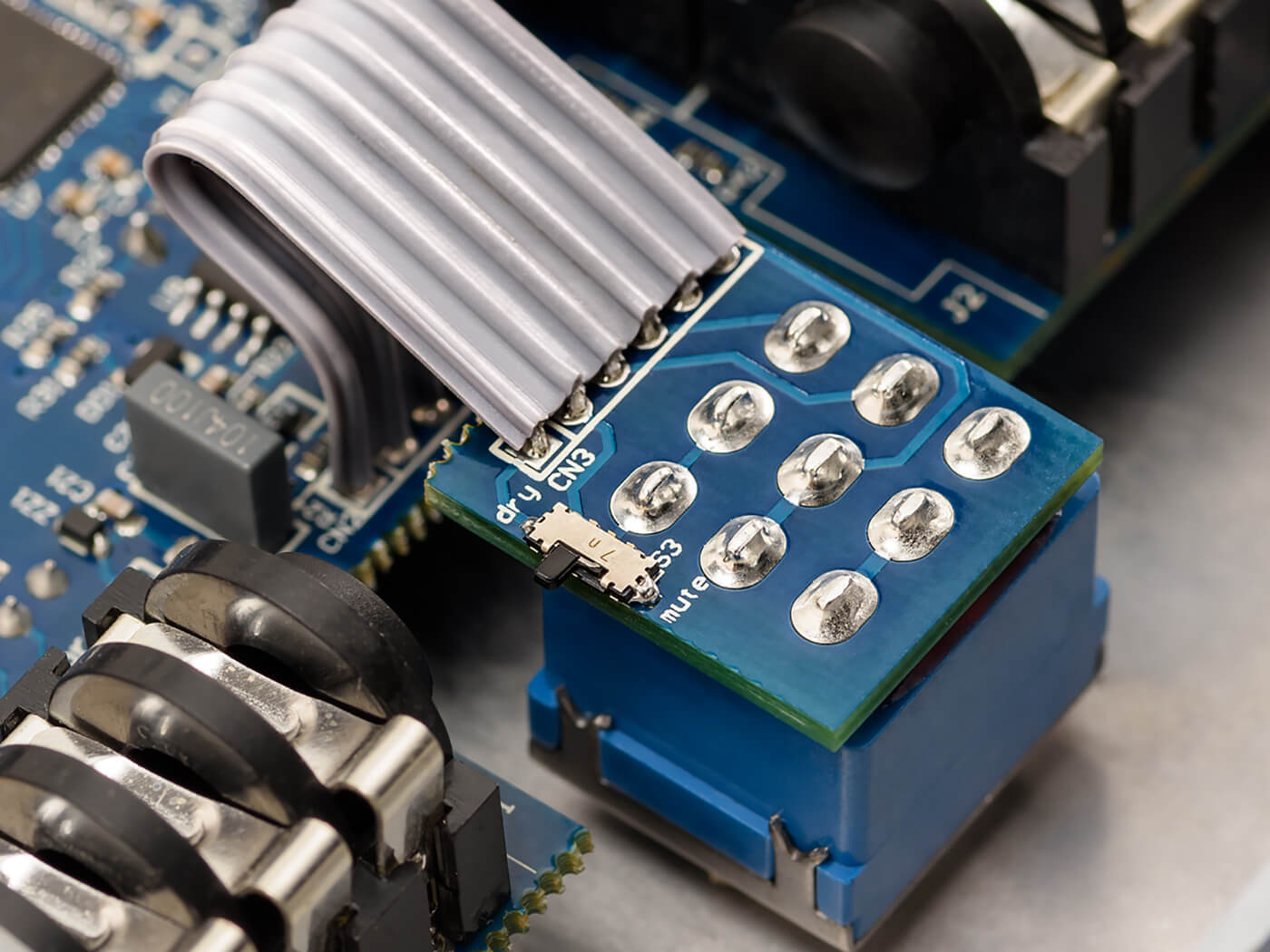 Here the second control knob is effectively a two-way switch, with ‘auto freeze’ on one side and manual on the other. In practice, this means you can set your eternally sustaining note or chord to stop as soon as you hit another one, or to keep going until you switch to bypass. Fans of ambient drones will find plenty to fiddle with here, especially as you can play dry notes over whatever you’ve frozen.

The String9 is the seventh in EHX’s 9 series of digital synth pedals, and it might just be the most niche of the lot. You probably won’t be building a whole set around it, but if you want some rich orchestral textures in your arsenal and aren’t quite ready to carry out the ultimate betrayal – getting a keyboard – then it has to be an option. 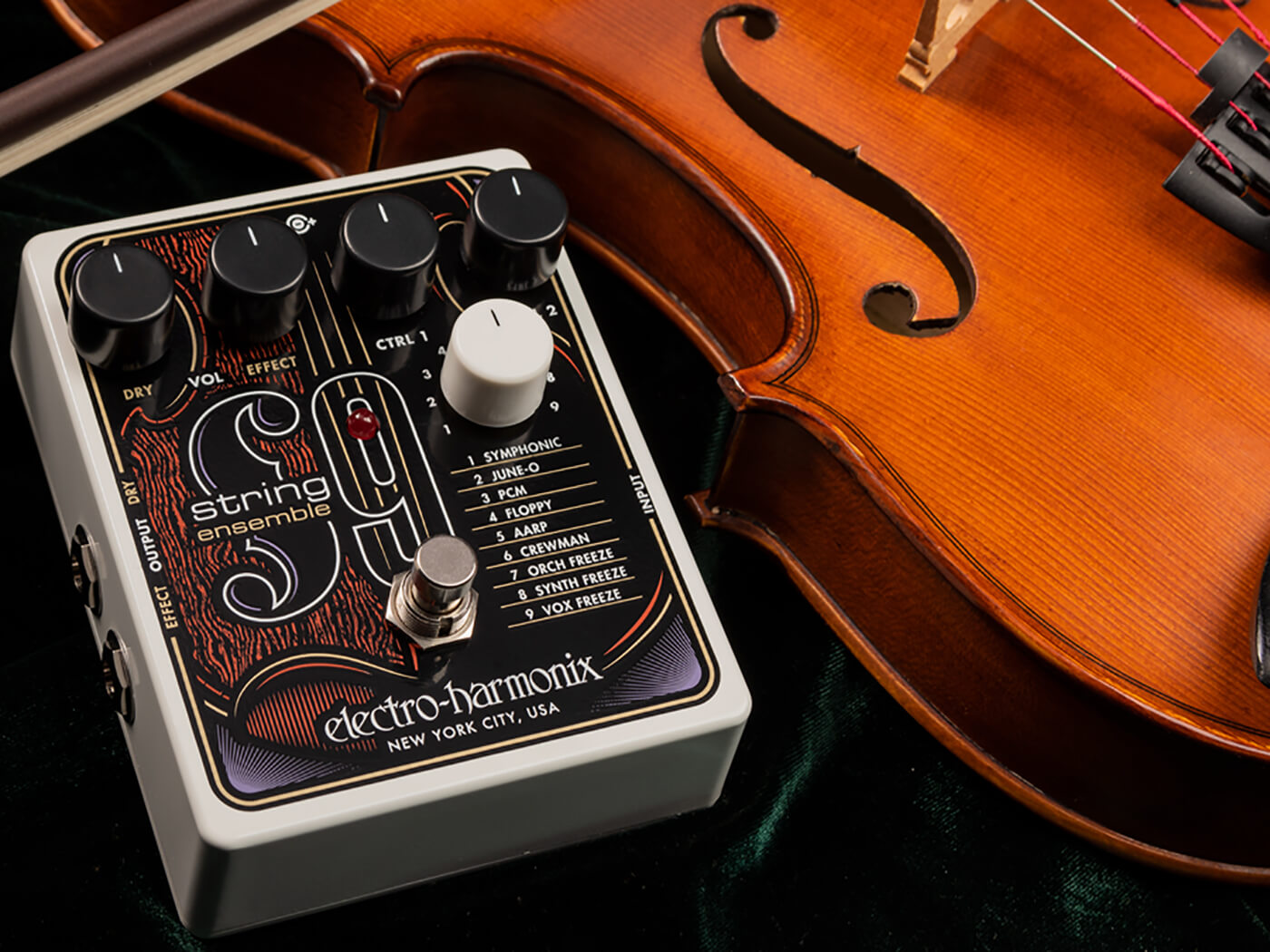