The Californian brand is no stranger to splashy ambience but here’s a modern, player-focused unit without a spring in sight. 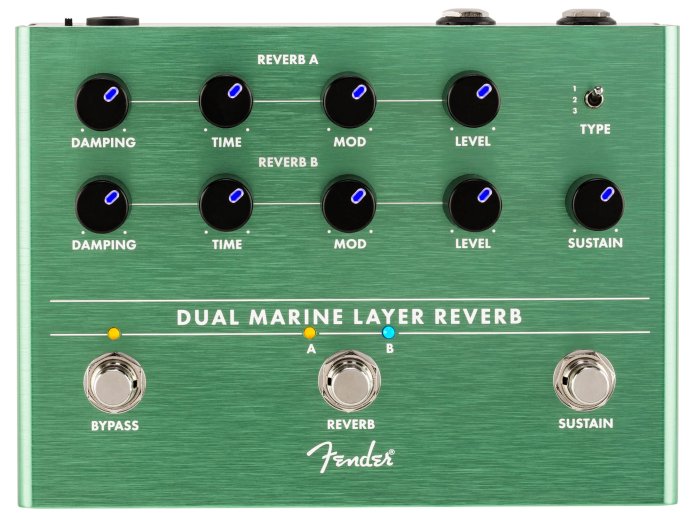 The legendary duo of Fender and reverb has a mythos quite unlike any other. From the standalone spring reverb unit that was the sound of surf-rock in the 60s, to iconic amps such as the Deluxe Reverb and Twin Reverb, the combination of Fender tone and reverberation is among the most evocative in the history of guitar music.

With the release of the Dual Marine Layer, the Big F is seeking to drag its relationship with reverb from the annals to the modern stage.

Housing three reverb sounds with two switchable channels, the Dual Marine Layer lets you quickly shift from subtle to spaced out. Separate controls for each channel give you plenty of scope to sculpt your specific sound, whilst an additional sustain switch gives you the option to accentuate notes and chords into swells that span infinitely.

Aside from the typical time and level controls, there are the intriguing ‘damping’ and ‘mod’ knobs, which open up more creative avenues for sound-shaping. 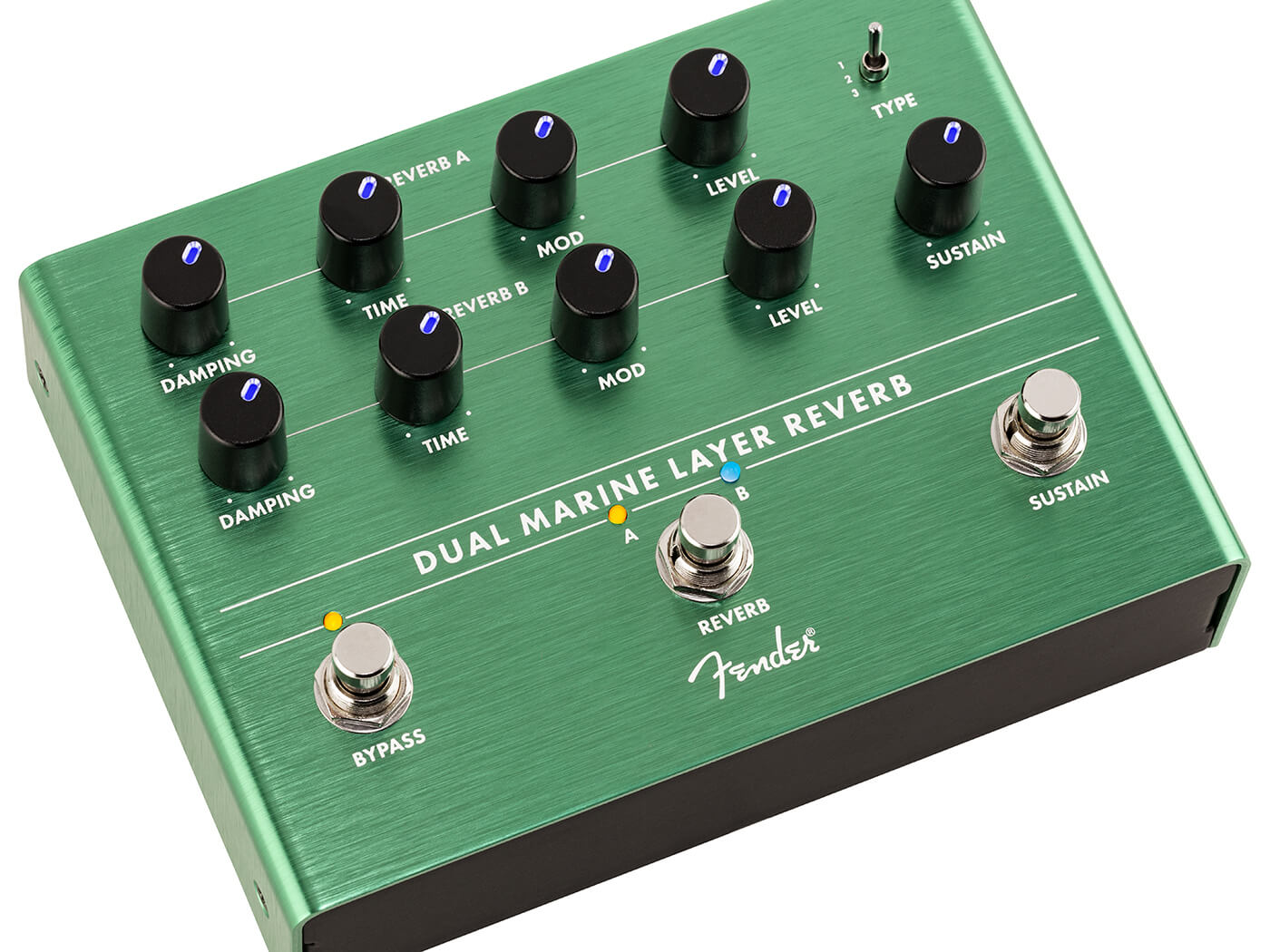 With hall and room settings, the first two reverb types are what you’d expect to find on pretty much any reverb pedal worth its salt. Thanks to this unique Fender circuit, these examples have a particularly transparent clarity.

But it’s the ability to tweak the aforementioned damping and mod controls that allows both settings to really start to gleam. Customising the reverb tails to fit the context of your music is simple, whether that be cranking the damping knob for a dark, warm wash, or adding a dose of mod to thicken your guitar sound.

These are great, usable sounds but, if you’re scouring for something more esoteric, they aren’t liable to blow you out of the airlock. Switch to type three, however, and you quickly enter a wormhole to glorious, sweeping, soundscapes that will really drive your creativity to strange new worlds.

If you’re into sparse and cinematic guitar sounds, this setting delivers in spades. It’s a shimmer-type reverb but it lacks the high octave, synth-like twinkle that you’ll find on a pedal such as the Boss RV-6, lending a more natural, choral aura to your guitar playing. 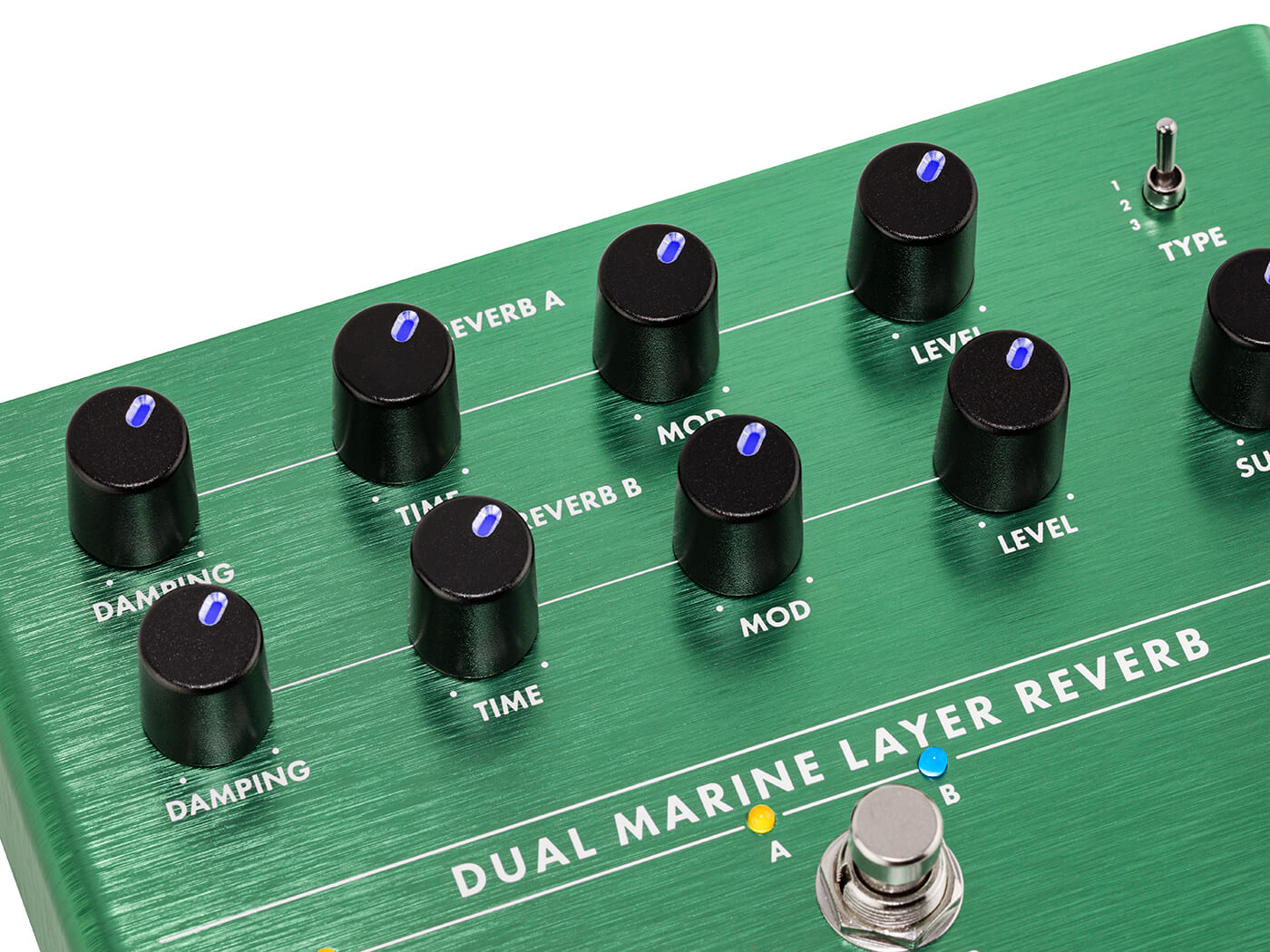 Step on the momentary sustain switch at the end of a phrase and your chords and notes will ring out into a boundless expanse, which is great for set closers and noisy, atmospheric intros. This works particularly well when you pair it with a low time setting, allowing you to really ramp up the resonance to great effect, essentially giving you a third setting to play with.

When designing its latest line of effects, it seems clear that Fender has had the live guitarist in mind from the start. This is certainly the case here, with the two footswitchable modes of the Dual Marine Layer making it an incredibly useful bit of gear on stage and allowing you to transition from subtle to startling in a single stomp.