This fresh offering from Foxgear delivers exotic echo tones perfect for those who worship at the altar of Gilmour. 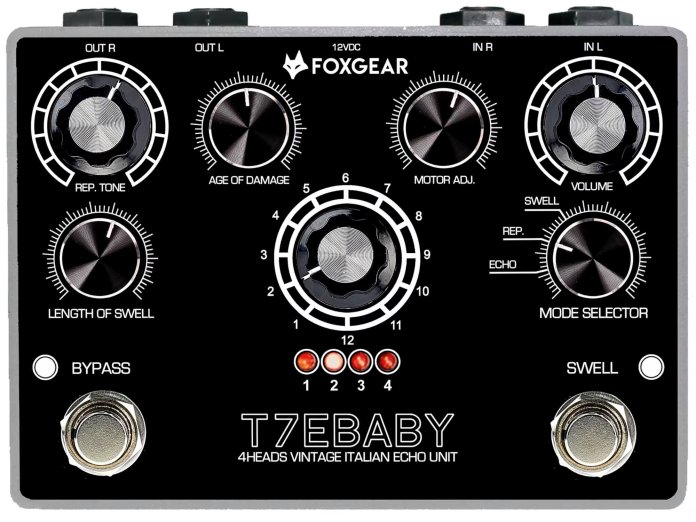 Based upon the Binson Echorec, this intriguing pedal from Foxgear isn’t your typical vintage echo unit. The original Binson Echorec has a much-hallowed rock history, originally finding favour with Hank Marvin before it was propelled into the limelight thanks to its use by Dave Gilmour of Pink Floyd. It wasn’t just the electric guitar it was used on either, Roger Waters was a fan and to further prove its versatility, the Binson Echorec also adorned the much-adored drum sound from When The Levee Breaks on Led Zeppelin IV.

With this kind of storied history, it’s a bit of a surprise that more pedal manufacturers haven’t tried to recreate the classic tones of this vintage echo unit – some impressive efforts from Catalinbread and Dawner Prince aside. Perhaps it’s because the Binson used a completely different mechanism to the other analogue units of the time, opting for a magnetic drum recorder rather than a tape loop, the resulting algorithm of which may have proved too complex for pedal companies to invest in. Whatever the reason, the Foxgear T7E Baby aims to redress the balance, putting this unique tonality well within the price point of the average musician. 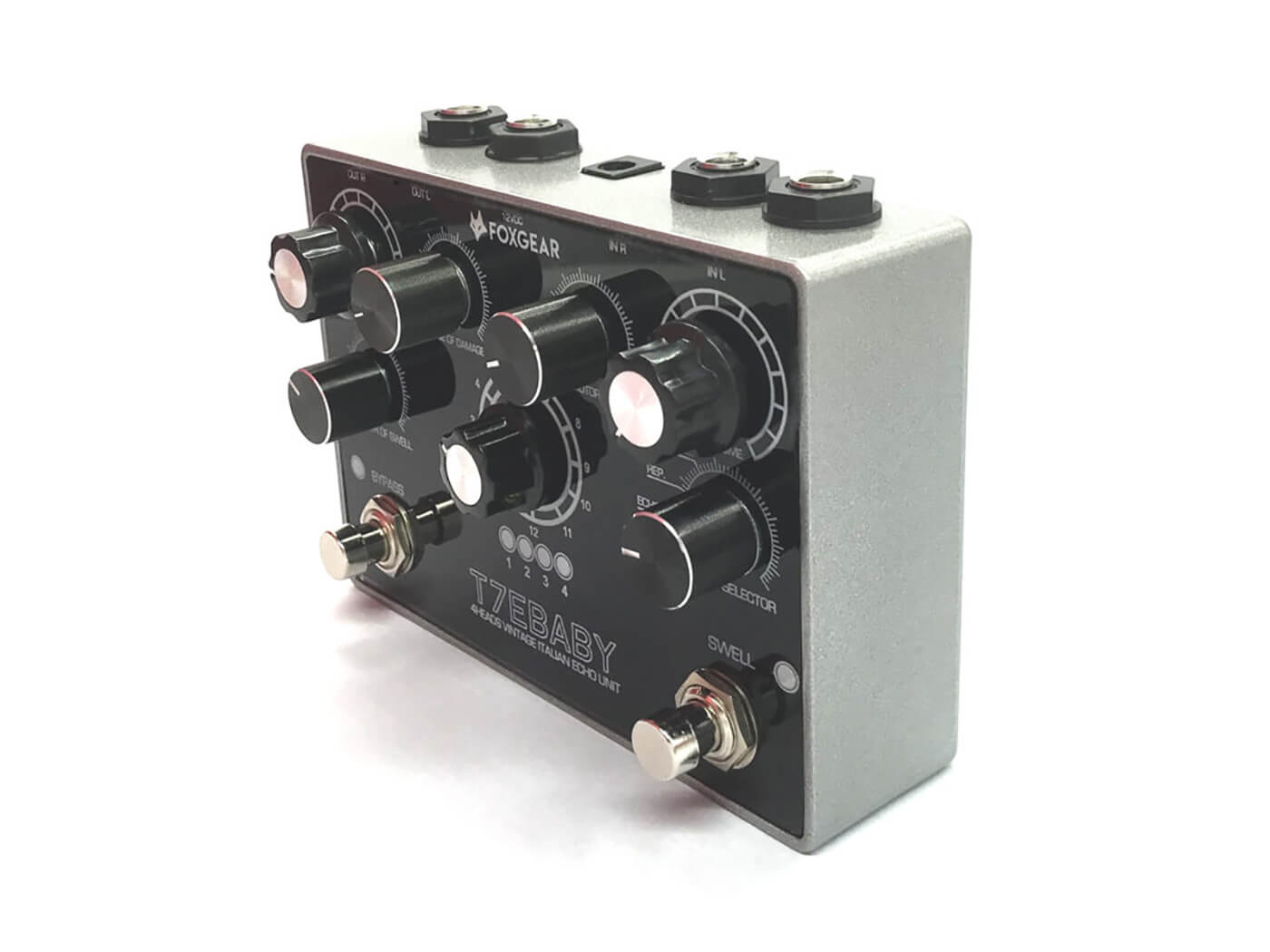 Looking at the light-up control panel for the first time, the controls feel strangely unfamiliar, requiring a dive into the manual to understand further. Rep Tone, Motor Adj and Age of Damage are certainly less than usual terms to be met with when unboxing a delay pedal. But this didn’t put us off at all, in fact, it made us even more excited to get stuck into it.

Taking pride of place in the centre of the unit, the Heads Combination knob allows you to control the different iterations of the Echorec’s four-playback-head array, offering a wealth of delay-shaping options from a subtle slapback to both offbeat and dotted delays. This knob has a combined functionality with the Motor Adj knob, which despite its unusual moniker is actually a delay time setting. It differs from a typical delay time setting in that it affects the delay times of each playback head individually, all whilst retaining the relative spacing between them. 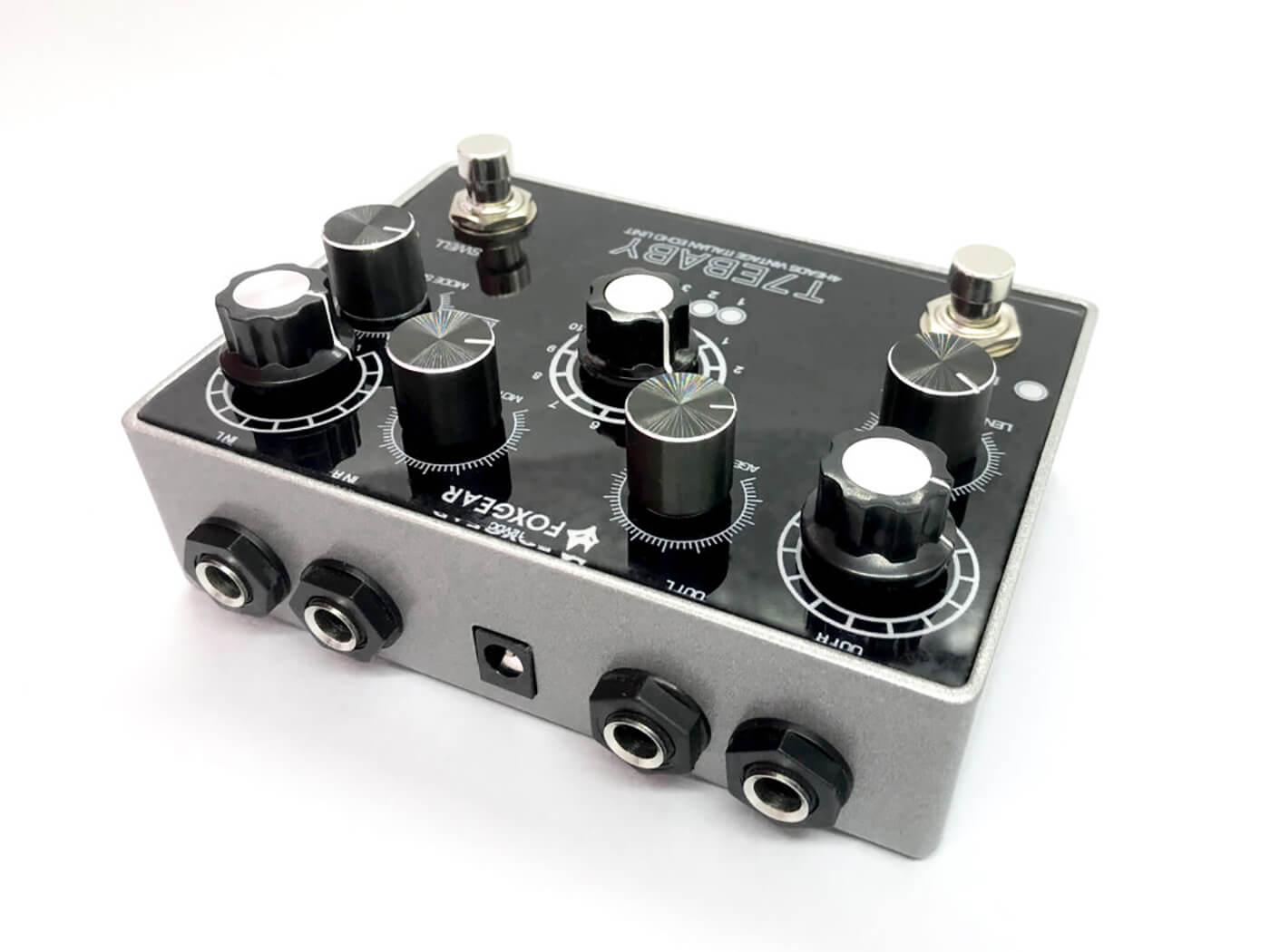 Experimenting with the different array of sounds available from this pedal led us to some very interesting results. It can do everything from a quick slapback delay all the way to speaker destroying self-oscillation, as we discovered when we cranked the Rep Tone knob alongside the Length of Swell. Finding a sweet spot took some time, but once we did it enabled you to play over a bedrock of unearthly sounding reverb/delay tones that hovered in the background of our riffing and chord work.

The Mode Selector switch offers three slightly different settings to play with, the first being Echo for the classic tape-style delay, delivering a single repeat of each playback head. The Rep setting applies feedback to the playback heads, getting you closer to self-oscillation when used in combination with the Length of Swell control. Finally, the Swell setting applies feedback to all four of the playback tape heads, bypassing the Head Combination knob in the centre and giving a more reverb like effect, the one that was famously used on Pink Floyd’s Time.

The Age of Damage knob provides a fascinating modification to the T7E Baby’s sound, replicating the effect of an old damaged Echorec unit, where the mechanical parts have worn down and become non-linear. This results in a chorus-like warble with random pitch-shifting when the knob is dialled to the maximum which works particularly well on spacious clean passages of atmospheric guitar.

Experimentation is definitely key to finding the middle ground with this pedal. It’s not the sort of thing you can just pick up and immediately find usable tones with, but that’s all part of its inscrutable charm. Set some time aside to find the sounds in this unit, and you’re just as likely to discover lush tones that put a cosy blanket around your ears, as you are the screaming of a thousand distorted guitar notes, blasting your auditory system into oblivion with the clamouring of infinite self-oscillation. 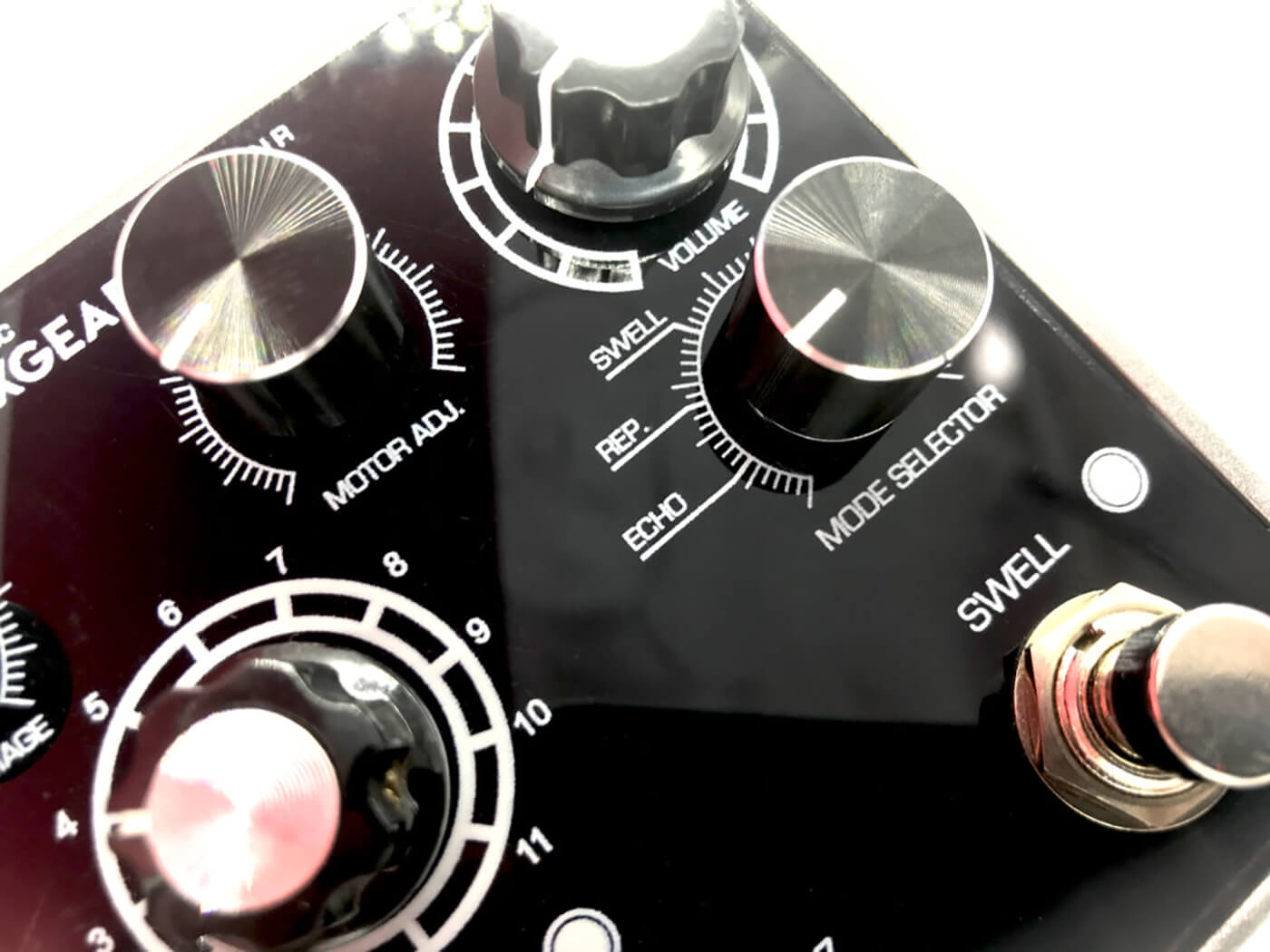