All of your guitar recording and performance needs catered for in one box? Fractal repackages its groundbreaking Axe-Fx III amp-modelling and effects tech into a floor unit the size of a compact pedalboard. 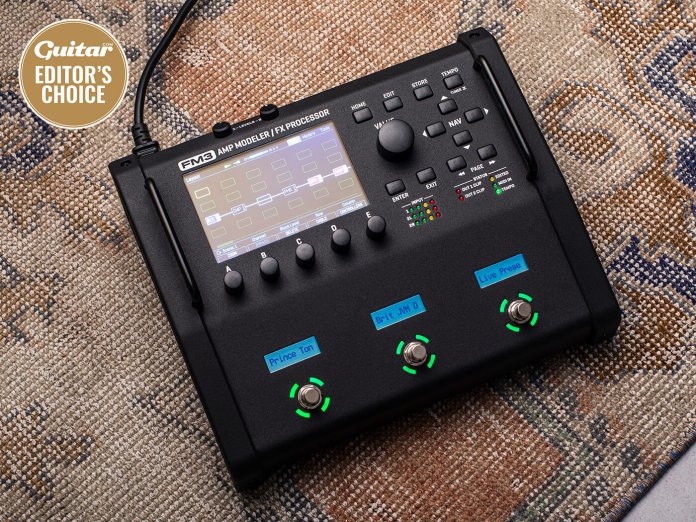 January 2018 saw Fractal Audio’s flagship Axe-Fx rackmount unit upgraded with substantially increased processing power, new modelling tech and an improved GUI. It was only a matter of time before its pedalboard sibling, the AX8, would receive similar treatment. Enter the FM3, unveiled in April 2019 but only recently available to the European market. Was it worth the wait?

Featuring Fractal’s ARES amp-modelling technology and inheriting Axe-Fx III’s full suite of hundreds of amp models and over 2,000 cabinet impulse responses, the FM3 is perhaps be best viewed as the floorboard sibling of the third-generation rackmount unit. Fractal’s Matt Picone explains: “This project was less about the AX8, which was already in the rearview mirror, and more about how to put the new flagship on the floor, and at a lower price. The Axe-Fx III was a huge R&D project. It had the benefit of all the ideas about how to improve on every previous product –including AX8 – and we imagined something like the FM3 almost from the beginning” 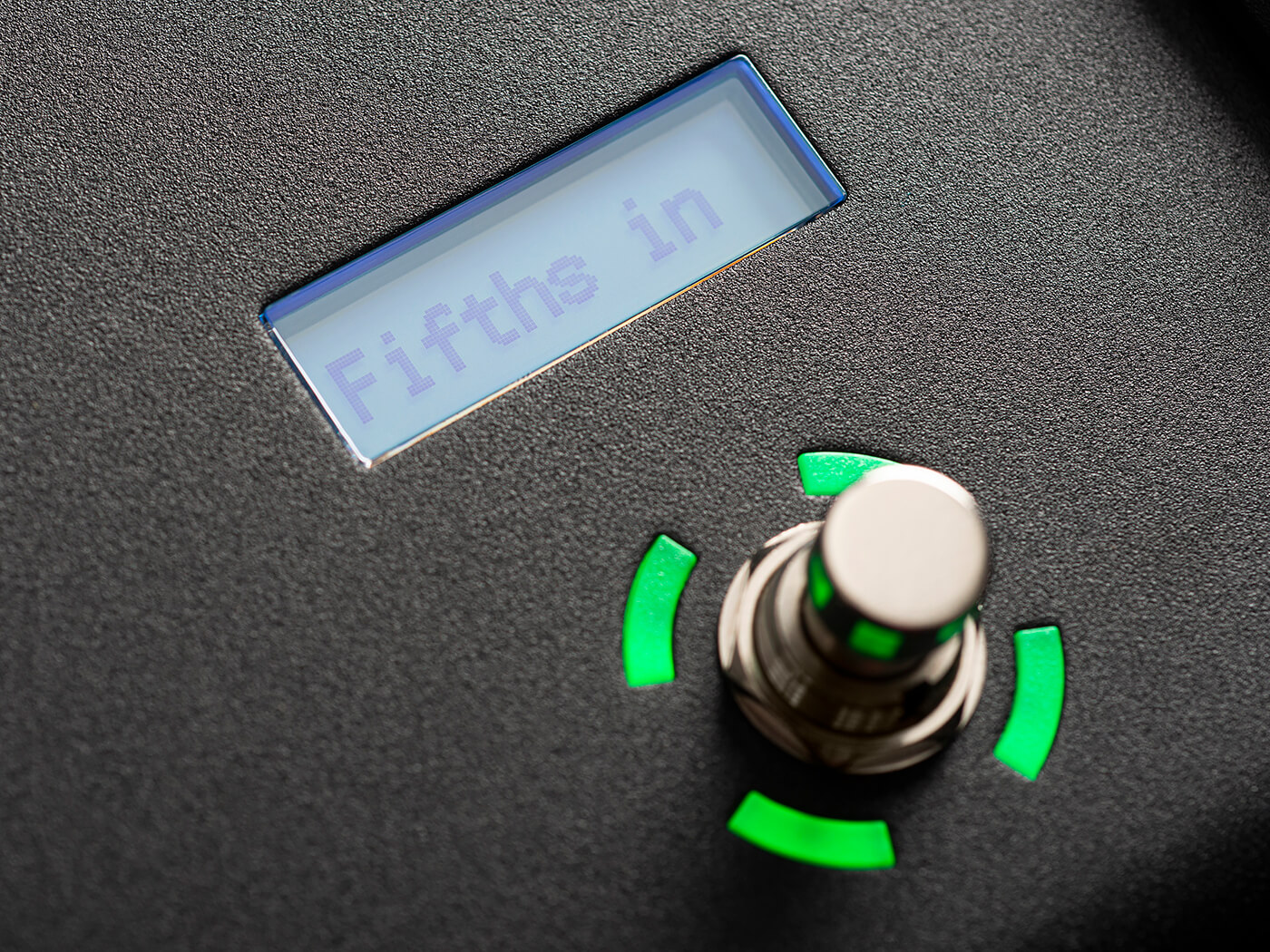 The new high-resolution screen is one of the more noticeable improvements compared to the antiquated green and black interface of the AX8, but there are many other significant hardware upgrades too. “The I/O is much more flexible,” says Picone, “meaning for instance that on the FM3, you can use In2 and Out2 independently of each other at different points in the signal path. The AX8 didn’t even have USB audio. The FM3 has 4×4 USB I/O, which is perfect for studio recording, including re-amping. It’s also great for live backing tracks, which can even go to their own independent output.”

The differences in performance between FM3 and the flagship Axe-Fx III are indeed few and far between. The FM3 has slightly less processing power, and a few effects from the III such as the vocoder and tone match blocks have not made the cut. We’re also unable to run two amp blocks simultaneously. Crucially, however, there is compatibility between the FM3 and Axe-FX III so third-party content such as IRs will be accessible to both units. 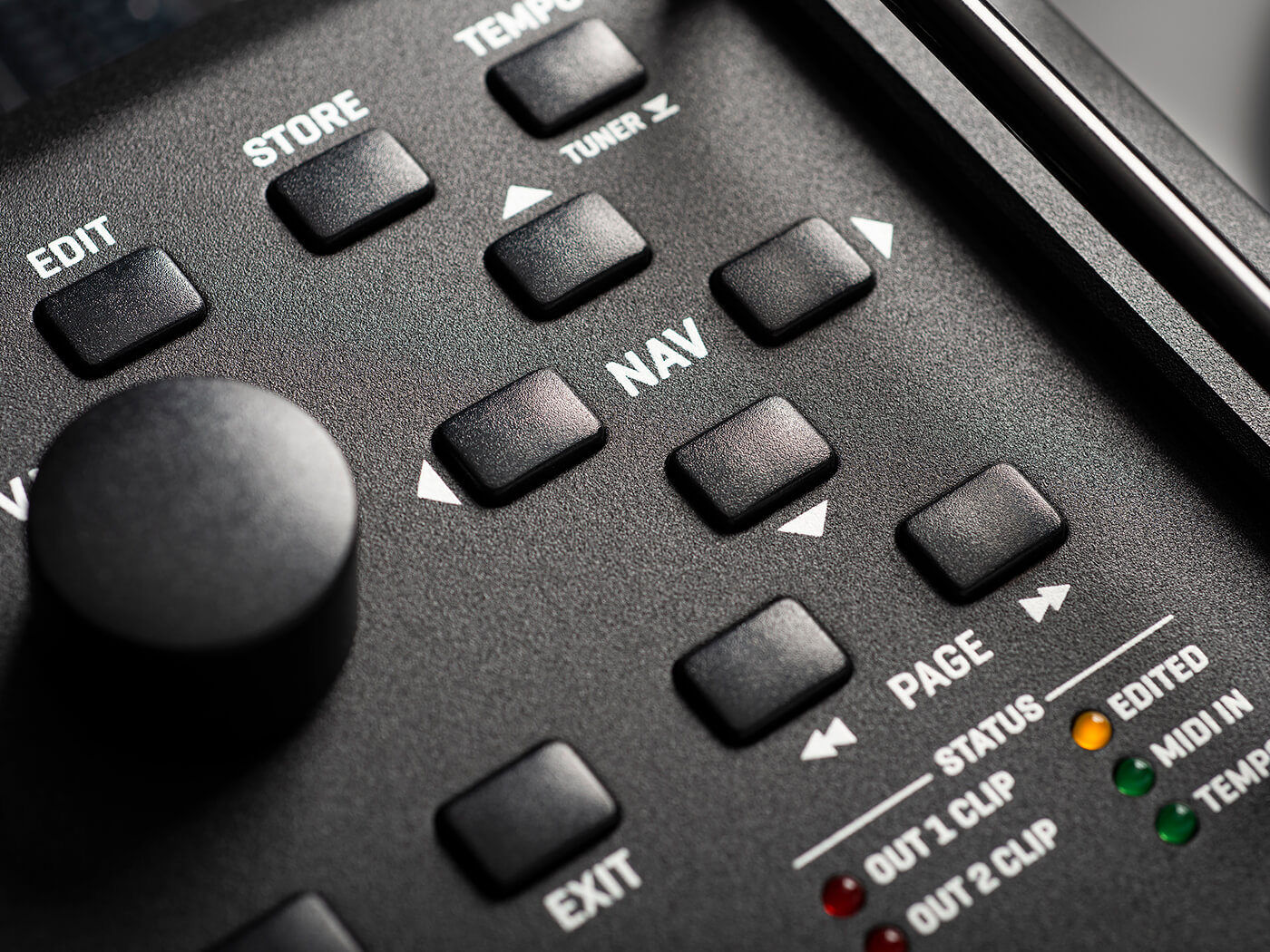 Roughly half the size of its predecessor, the FM3’s sleek rigid chassis is designed to withstand the rigours of heavy touring. However, the smaller form factor means it has eight fewer footswitches than the AX8. “Players on the move appreciate a compact product”, argues Matt. “Without adding anything else, you can take the FM3 and have that core, essential three-switch setup – clean/rhythm/lead – and fit it in your overhead bag with cables, a laptop, expression pedal, some clothes and whatever else. If you need more, the whole system is modular – you can add our foot controllers, the FC-6 (€633) and FC-12 (€876).”

Each of the FM3’s footswitches has two functions: tap and hold. There are myriad ways in which to configure the switches but it’s common to reserve the central switch’s hold function to select the ‘master layout’. This enables us to select one of nine different layouts, including ‘preset’, ‘scenes’, and ‘channels’. Selecting the preset layout assigns three of the 512 available presets to each footswitch, and we use the hold function on the left and right switches to ascend or descend through them three at a time. What’s assigned to the switches is entirely up to the user. It could be specific presets, scenes, the toggling on and off of an effect – the options and flexibility are endless. Each switch also has a colour-customisable LED ring surrounding it to help identify at a glance its eventual assignment. 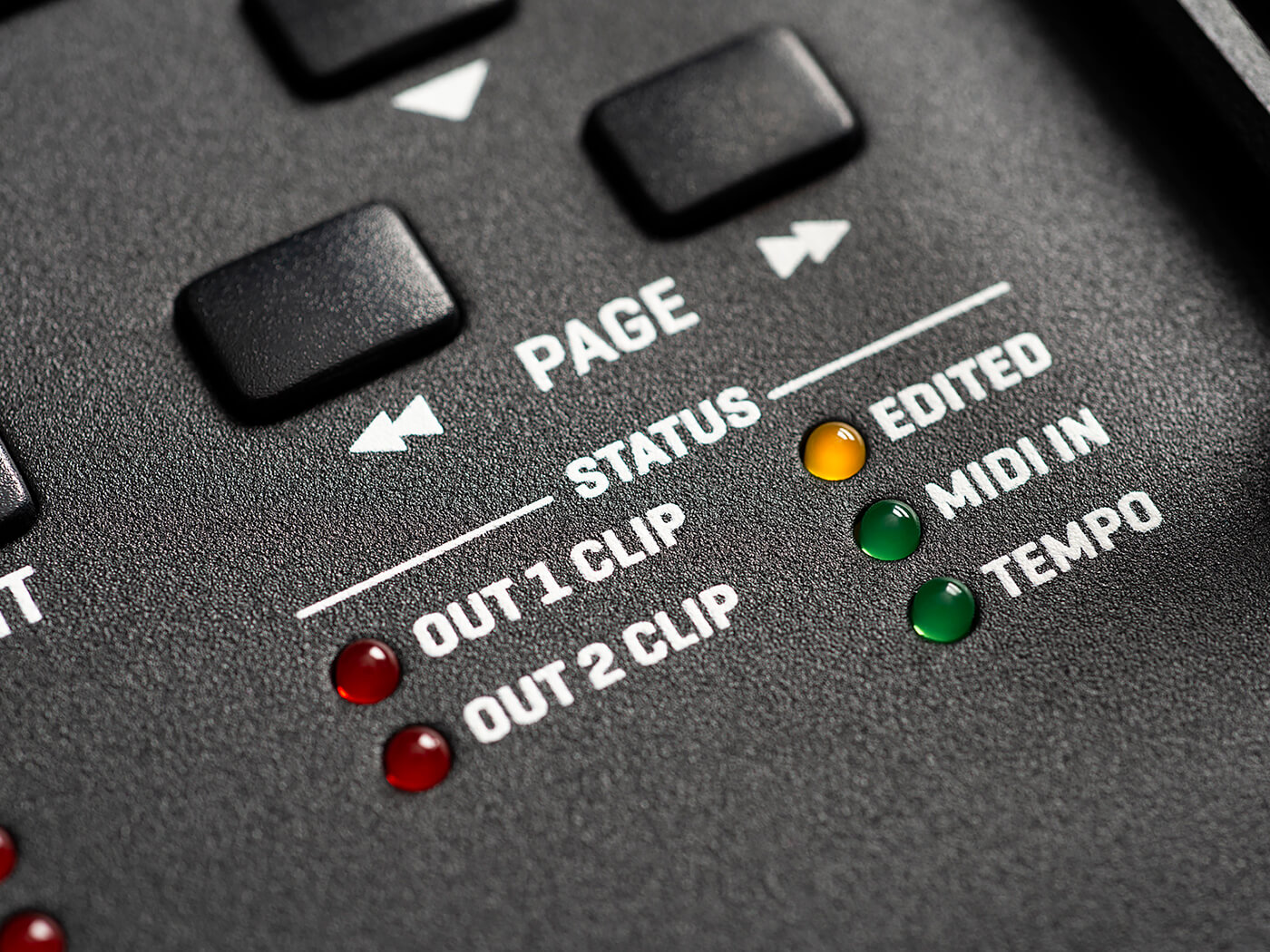 For live use and seamless switching, scenes are where it’s at. A scene is one of nine possible configurations of one preset and we can program the footswitches to select any of these scenes (utilising the aforementioned bank up/down functions as necessary). Using the PC editor (it’s also Mac compatible) we create a preset for a live performance, one that has three different scenes with increasing levels of overdrive or effects.

The editor presents us with a 12×4 grid (the more powerful Axe-Fx III has a larger 14×6 grid) which we use to insert symbolised blocks that represent the component parts of that chain, such as amp, cab, drive etc. There are four different channels available for each block (though some blocks have just two channels, presumably for reasons of processing power) and should you wish, you can populate each channel with a different amp. 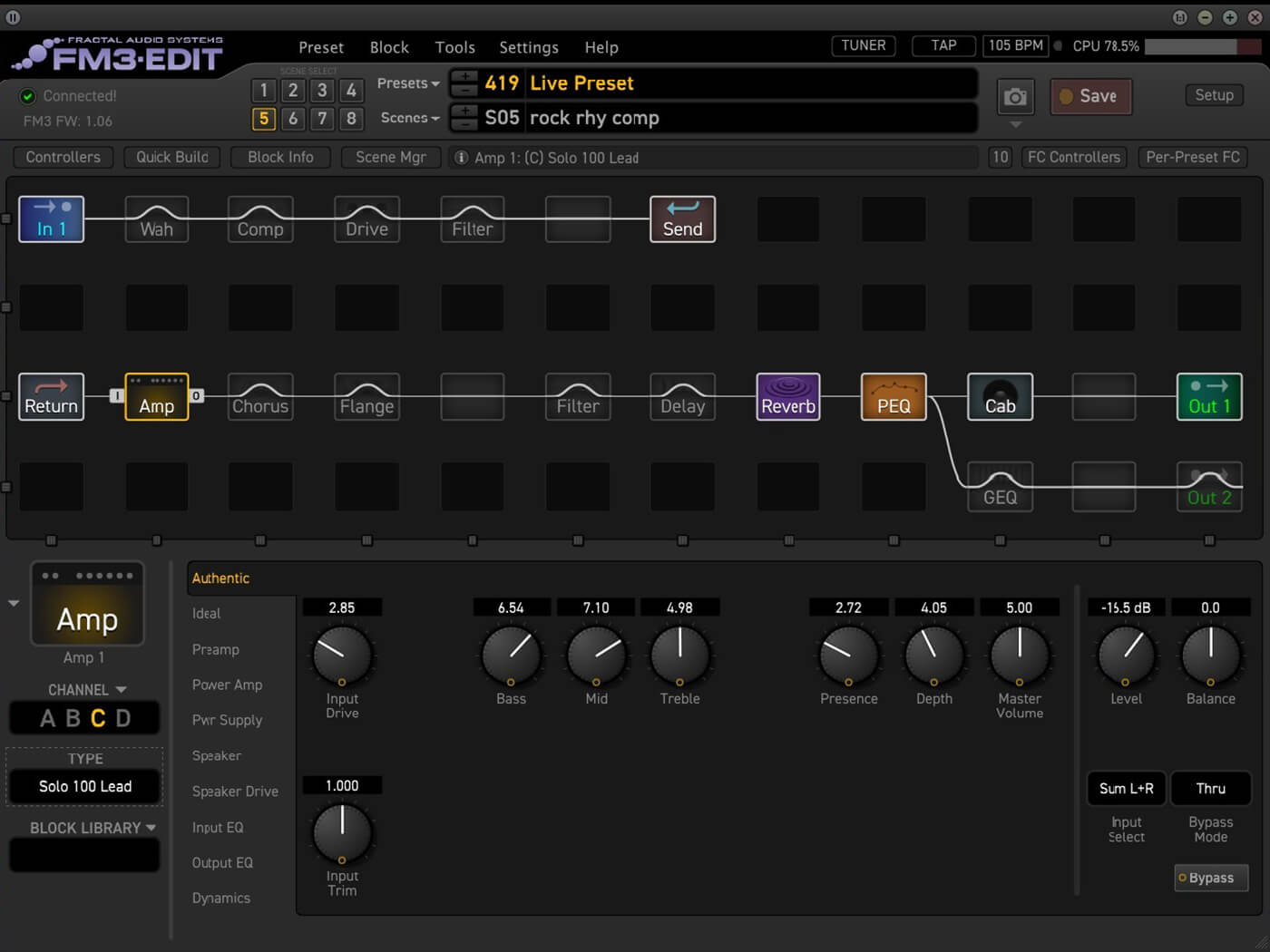 For our clean sound (scene one) we assign a Suhr Badger 30 model to channel one of the amp block. For scene two, we switch to channel two and insert a Marshall Plexi model, and also activate scene one’s previously deactivated ‘drive’ block. Finally, for Scene three (our ‘lead’ scene) we introduce a belligerent Diezel VH4-inspired tone to channel three of the amp block, deactivate the drive block, and activate the delay block for some slapback to thicken things up. Furthermore, we set the volume for each scene on the output block to ensure our lead scene is 3dB louder than the others. 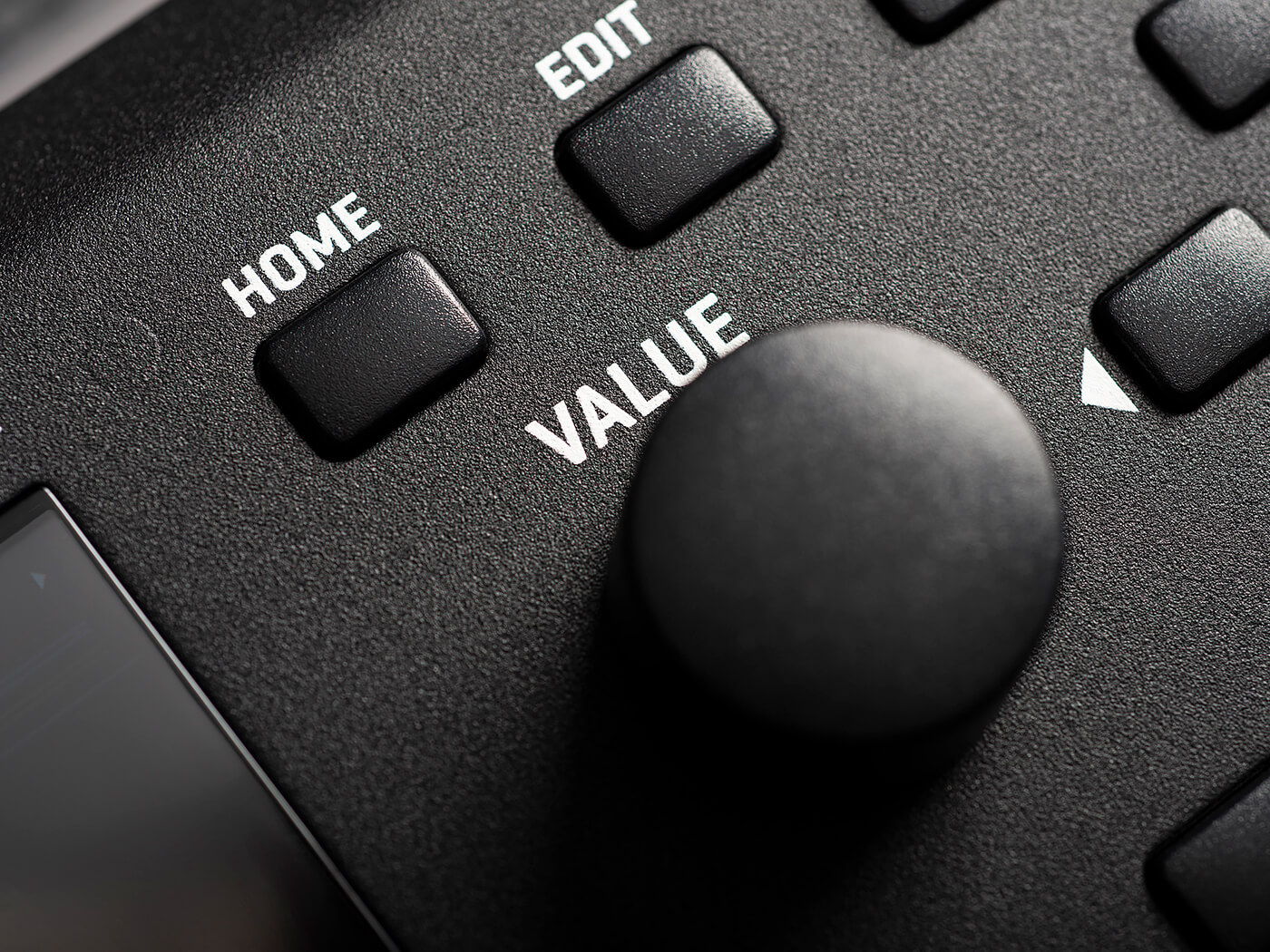 The sheer quantity and variety of amps onboard could keep us occupied for years. Those we are familiar with are eerily accurate recreations, performing and reacting to our playing in much the same way as the physical units themselves – proven spectacularly when we A/B the FM3 with our Marshall JVM410H. While the tweakable parameters for each block are mind-bogglingly detailed, the presets are sensibly programmed and require only fine tuning to personalise.

With digital technology present in the signal chain of all but the most old-school guitar players, the argument today isn’t so much about analogue versus digital, it’s about choosing the product that dovetails best with your needs as a player. The events of 2020 have forced many more of us to go direct, and although the competition has never been hotter, Fractal has cranked up the heat accordingly. Whether you are using the FM3’s USB audio capabilities to get professional guitar tones straight into a laptop, packing it into your carry-on luggage for a European tour, or simply using it as the ultimate headphone amp, this compact and fully featured unit has you covered and then some. 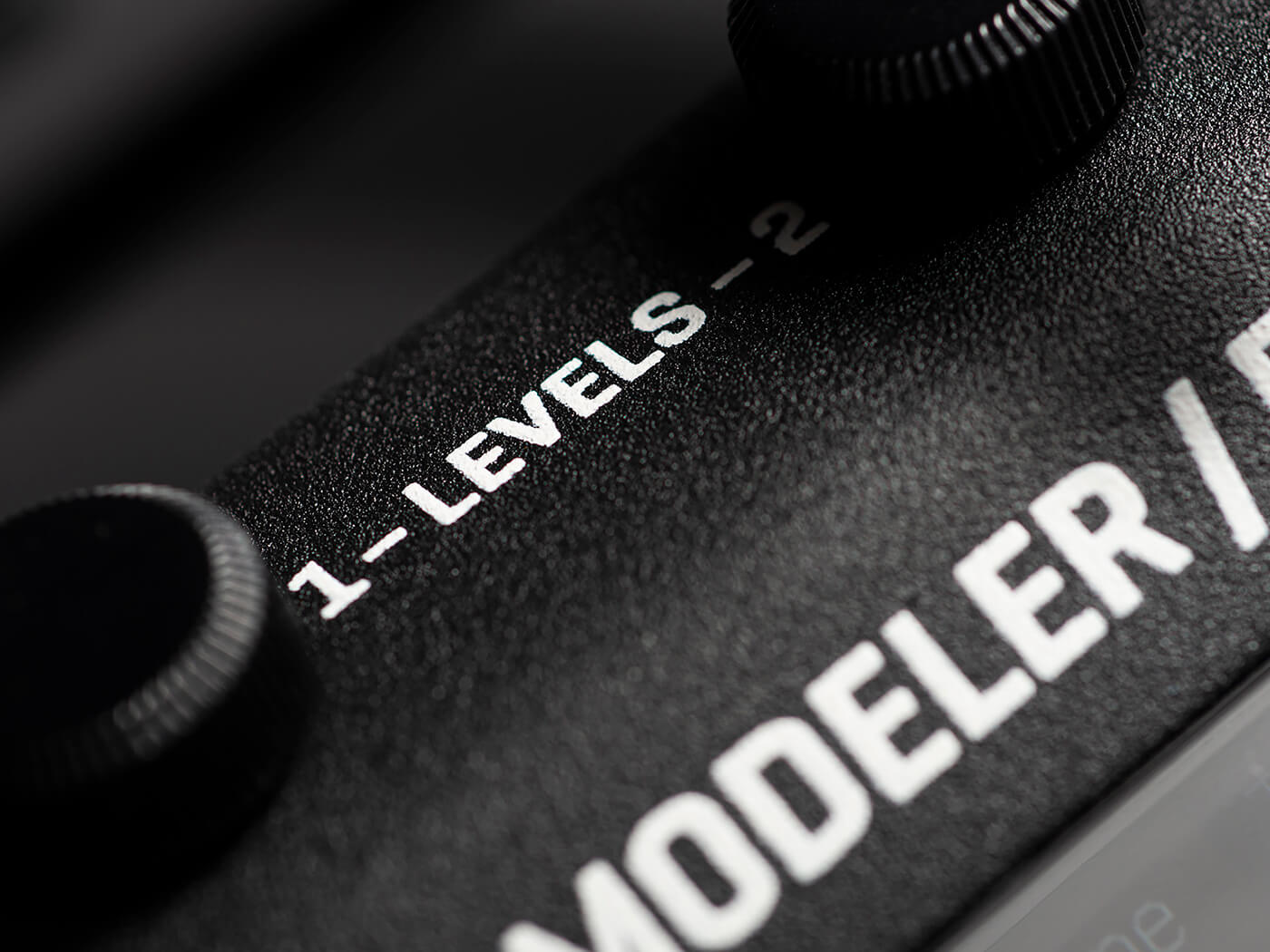