Updating an original design from 2016, UK-based Fredric Effects has gifted the pedal world a new version of its highly sought-after germanium preamp/boost featuring some ingenious tweaks. 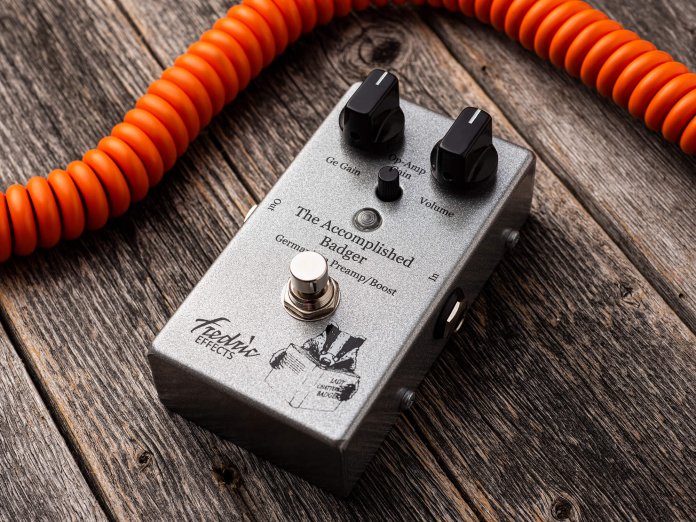 Housed in a single-berth silver enclosure, the Accomplished Badger MKII features two standard-sized knobs bearing the legends ‘germanium gain’ and ‘volume’ and a single mini trim-pot labelled ‘op-amp gain’. That’s right – what we have here is a double gain-stage, and the potential for delicious sonic combinations of op-amp punch and vintage germanium snarl is as beguiling as the artwork, which depicts a bespectacled brock enjoying a stout volume of Lady Chatterley’s Badger.

Upon opening the enclosure, we are greeted by the sight of a supremely cleanly made pedal and a trio of dip-switches for added gain, soft and hard clipping. Also clearly visible is an audio-grade Triad output transformer, known for adding musical saturation to proceedings. Things are starting to get increasingly intriguing – even more so when we read that the nifty internals include a charge pump which allows the pedal to run at 18-volts from a nine-volt power supply. 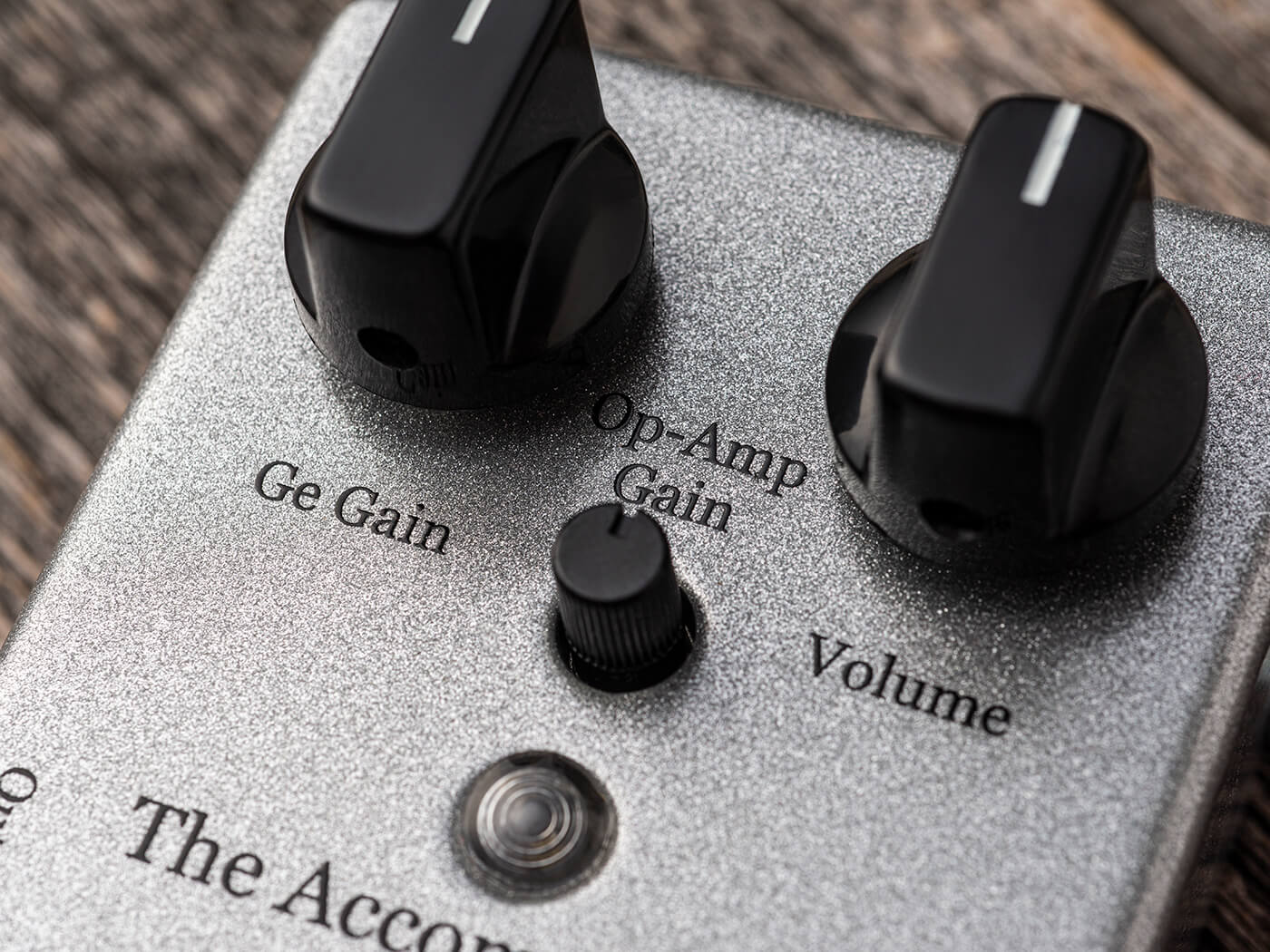 Sliding the Badger between a Trussart Deluxe Steelcaster and an early Cornford Hurricane, we set about the task in hand with vigour. Fredric Effects is keen to stress that the Badger is much more than just another transparent clean boost. Yes, it can give you the same thing but louder – but as we soon discover there is a lot more fun under the hood.

Ramping up the germanium gain while keeping the op-amp gain low adds an enticing sizzle, and the harder you hammer it the closer you get to something approaching a chewy low-gain fuzz. Dialling in more op-amp gain gives an added shot of  excitement, and the end result is compellingly irascible and ragged, like something you’d hear on The Old Grey Whistle Test in the 1970s.

Reversing the process with a high op-amp to low germanium ratio yields different but equally musical results. Rather than ragged, the Badger turns refined with a throaty bark that increases further when we tinker with the internal dip switches. This is fun.

If you’re boost-curious then you will be pleased to learn that the Accomplished Badger does the job as well as many of the boutique offerings we have seen, both as a faux gain stage at the start of a pedal chain and also as a volume jump as the last stop before the amp, all without sucking your tone when switched off, or adding noise when switched on.

In a world full of low-gain Rats, Klones and “look at me” transparent boosts all vying for your attention, it is refreshing to encounter something so unique, tetchy and musical. Like a Quentin Tarantino adaptation of Wind in The Willows, with this pedal Fredric Effects has badgered a flame into being and it is very good indeed. 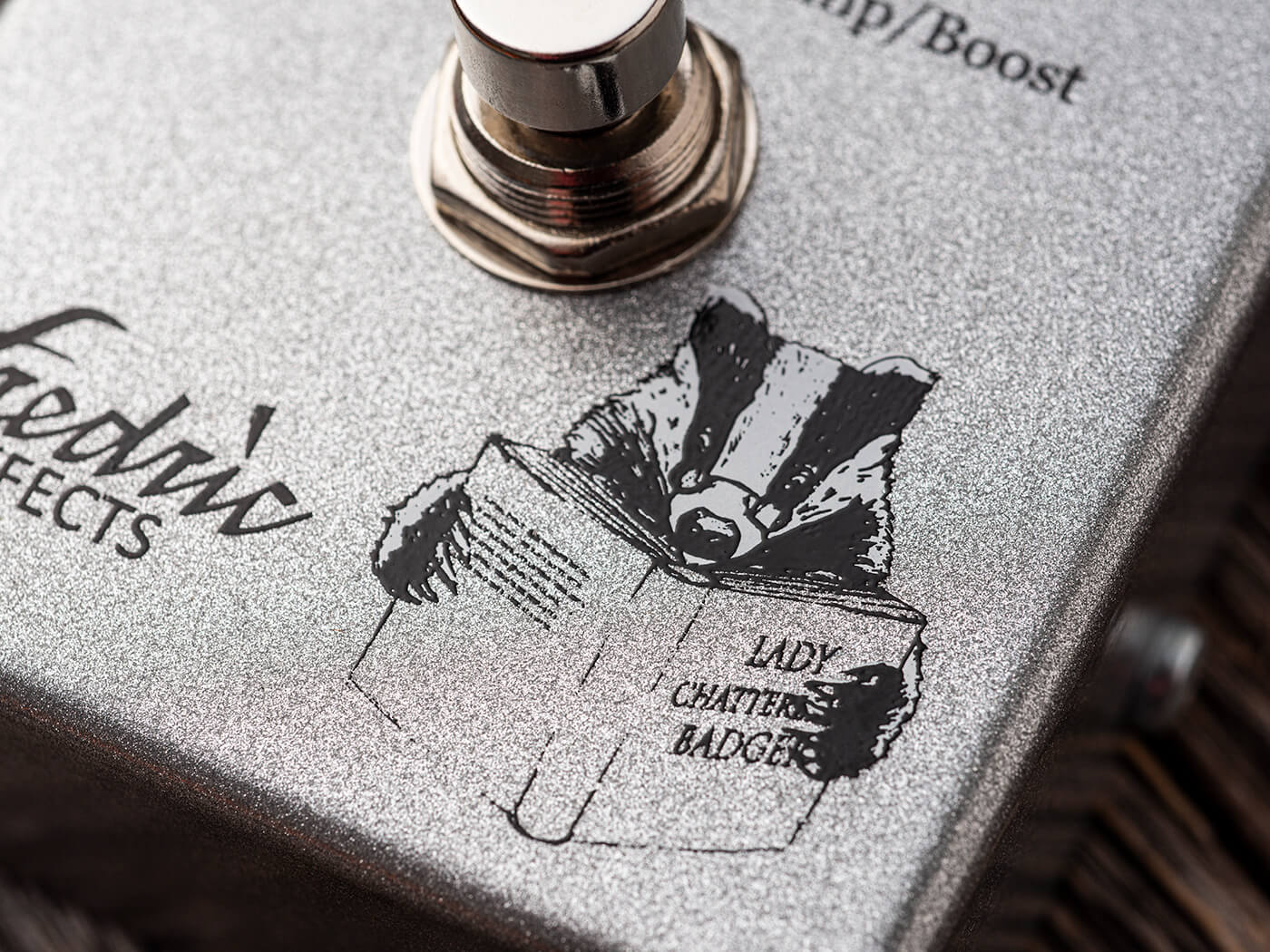