Early fuzz boxes tended to be one-trick ponies – but how about four angry ponies in one enclosure? British indie pedal maker Fredric rides to the rescue. 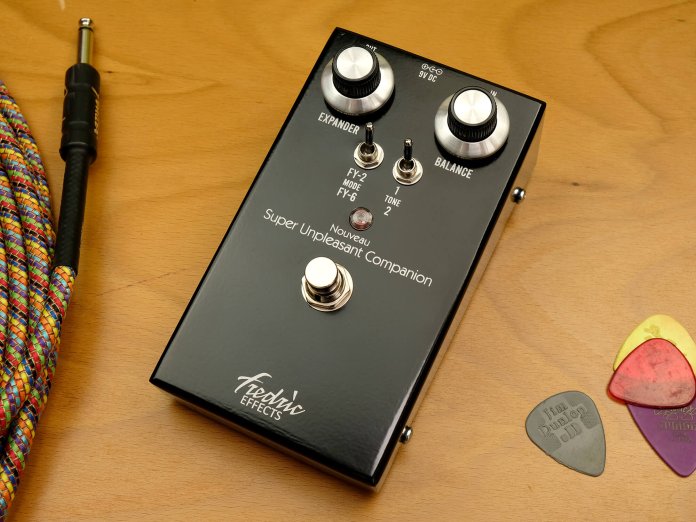 Draw a triangle in your head. The three points of that triangle are the Fuzz Face, the Tone Bender and the Big Muff Pi, and everything inside it is rich, full, smooth and sugary. Well, today we’re stepping outside the triangle… quite a long way outside.

While most modern fuzzes are voiced somewhere inside that temperate zone, the Fredric Effects Nouveau Super Unpleasant Companion takes its inspiration from a different source: the raw and raspy Japanese-made Shin-ei fuzz pedals of the late 60s and early 70s. And while that’s nothing novel in itself – Gibson even revived the grandaddy of all lo-fidelity ‘buzzsaw’ blasters, the Maestro Fuzz-Tone, earlier this year – the angle here is versatility. 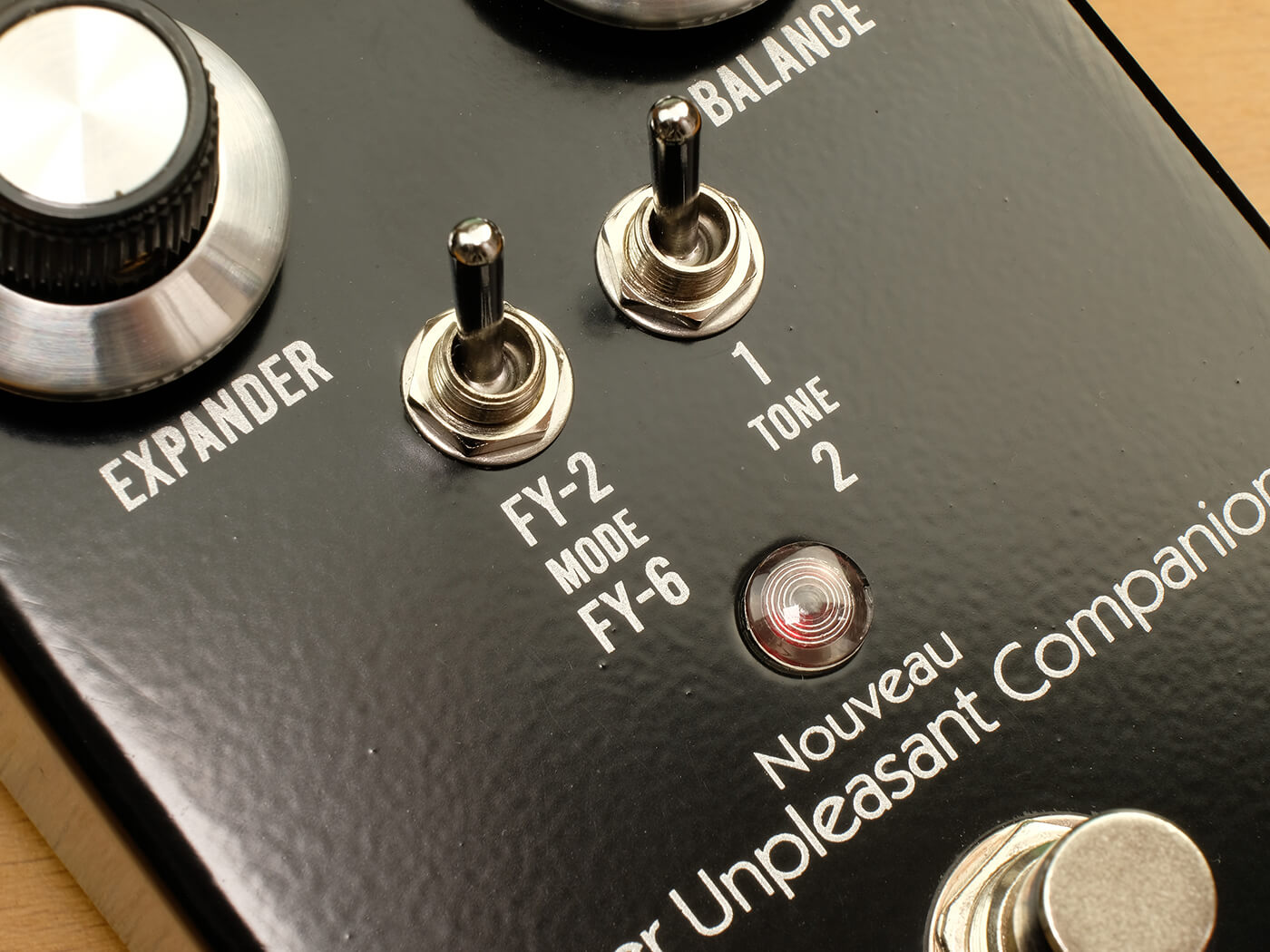 First up, it’s a twofer, with one side modelled on the Shin-ei FY-2 Companion Fuzz and the other recreating the tones of the later FY-6 Superfuzz. But here’s a secret bonus feature: the mids-cutting effect of the tone switch taken from the original FY-6 can also be applied to the FY-2 circuit, for a total of four distinct voices.

That’s one more than you’ll get from the historically correct non-Nouveau version of this unit, whose tone switch isn’t used in FY-2 mode. The flipside is that, as well as being slightly bigger, the standard Super Unpleasant Companion (same price) looks much more authentically retro with its controls on the top of the wedge-shaped enclosure instead of the front.

Switches aside, those controls are marked ‘expander’ and ‘balance’ – that’s fuzz and volume in FY-6 parlance. 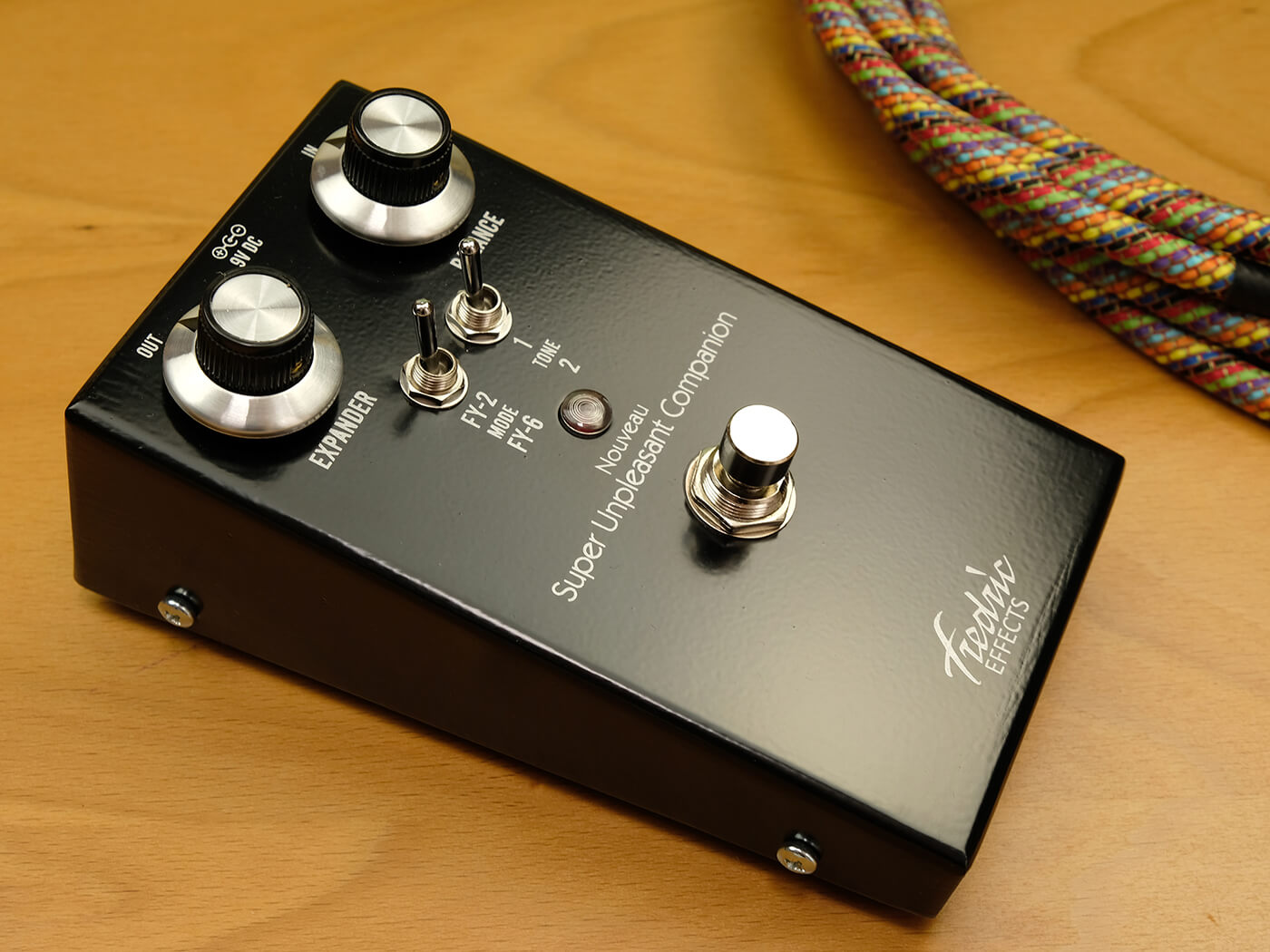 If we only had four words to describe the Nouveau Super Unpleasant Companion, those words would be ‘tinnitus in a box’. Luckily we’ve got a lot more than that, but you get the idea: this is definitely not a Fuzz Face.

With both switches in the up position, we’re dealing with Fredric’s take on the unflinchingly obnoxious FY-2. It doesn’t let us down, grinding out angular shards of fuzz with a fanatical focus on the midrange: open chords are so harmonically overcrowded they sound more like an industrial accident than music, while single notes are wonderfully pinched and squelchy.

Flipping down the tone switch scoops a huge chunk out of that midrange; the treble response remains somewhat stifled, but chords have a little more space to run around in now – as long as you keep them simple – and the buzziness of lead lines becomes even more insect-like. 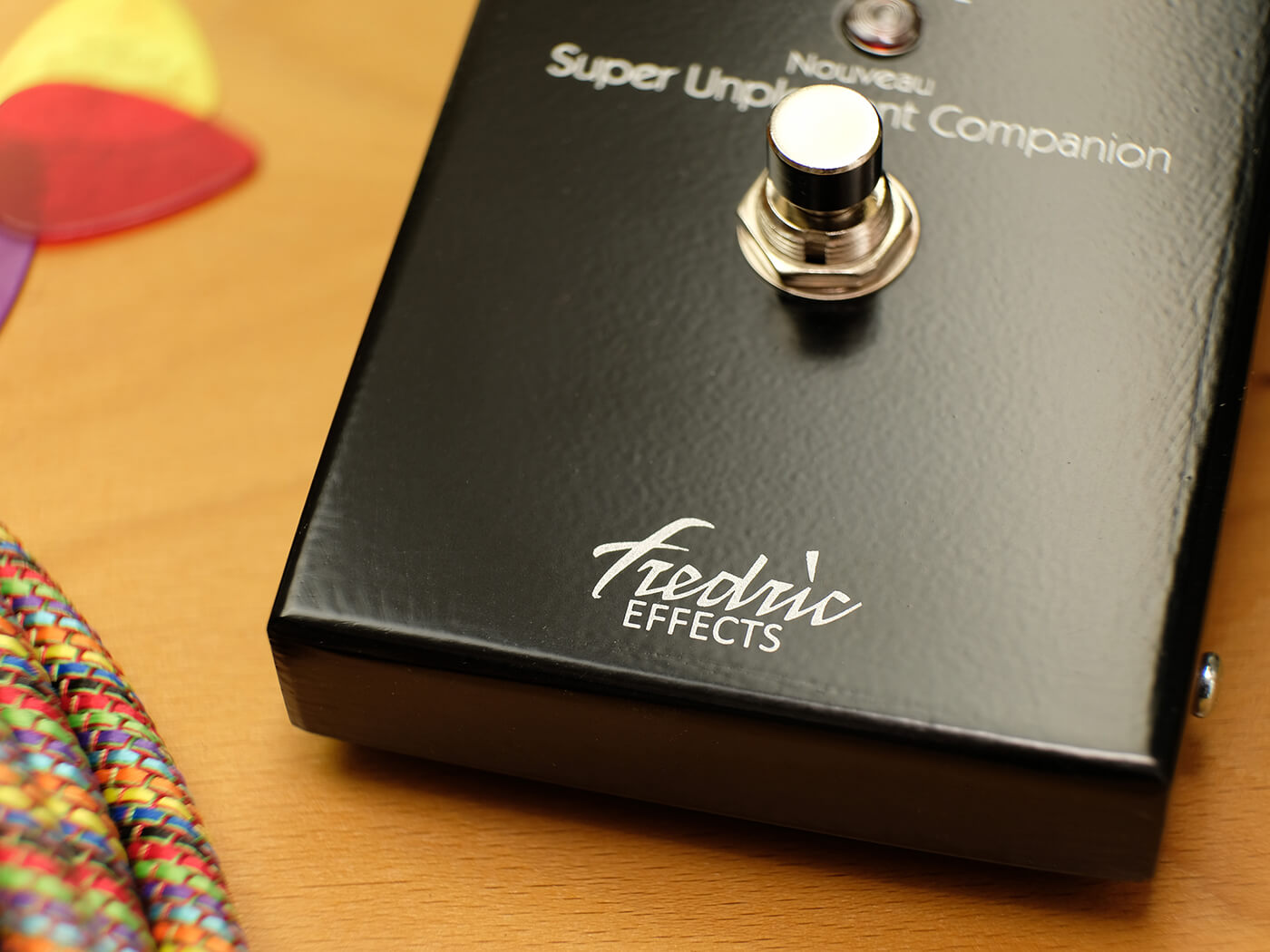 So how does the FY-6 mode compare to all that? Well, it’s hardly any less belligerent. With the tone switch back in position 1, the first thing we notice is an added metallic roughness to the top end; this is a much more open and edgy sound than the FY-2, absolutely nailing the ratty snarl of the opening riff to Mudhoney’s Touch Me I’m Sick. In case you were wondering where the first half of the Superfuzz Bigmuff album title came from…

Bu there’s more. Playing high-up runs on the neck pickup with the guitar’s tone control rolled down brings out the high overtones for an almost Octavia-like effect, while flipping the mids-scooping tone switch in this mode brings us dangerously close to what you might call normal fuzz. The ‘expander’ control is at its most effective here: it never offers anything properly low-gain, but it does let you make things lean and breathless to the left or big and bloomy to the right.

To say this pedal is not going to be for everyone is something of an understatement – every sound it makes is gleefully abrasive. But for those of us who like to dabble in the rough stuff from time to time, it’s an evocatively stylish and unexpectedly flexible fuzz machine. 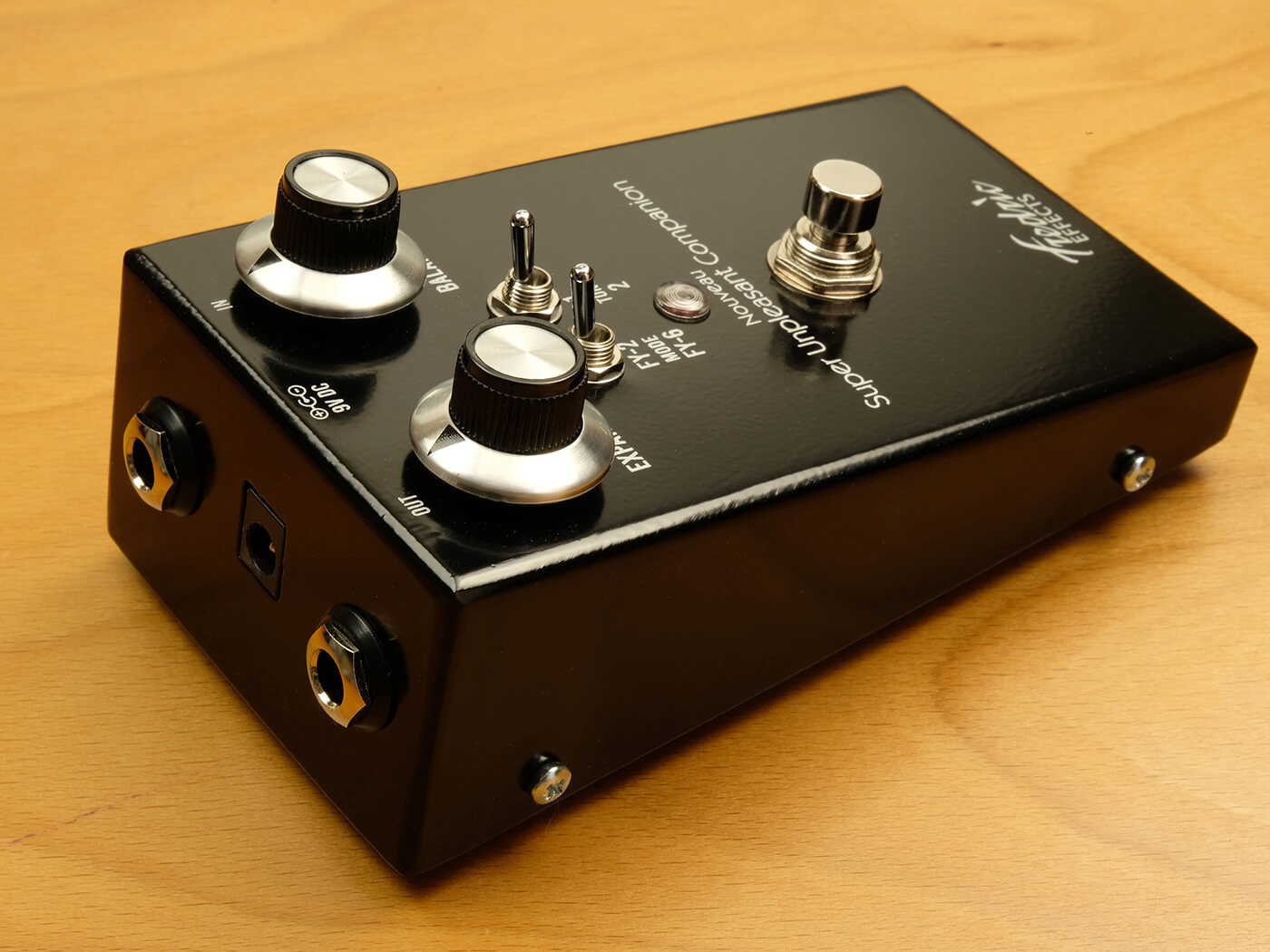