The potential for tone-mangling is strong with this boutique digital/analogue octave blender, hand-made in the USA… 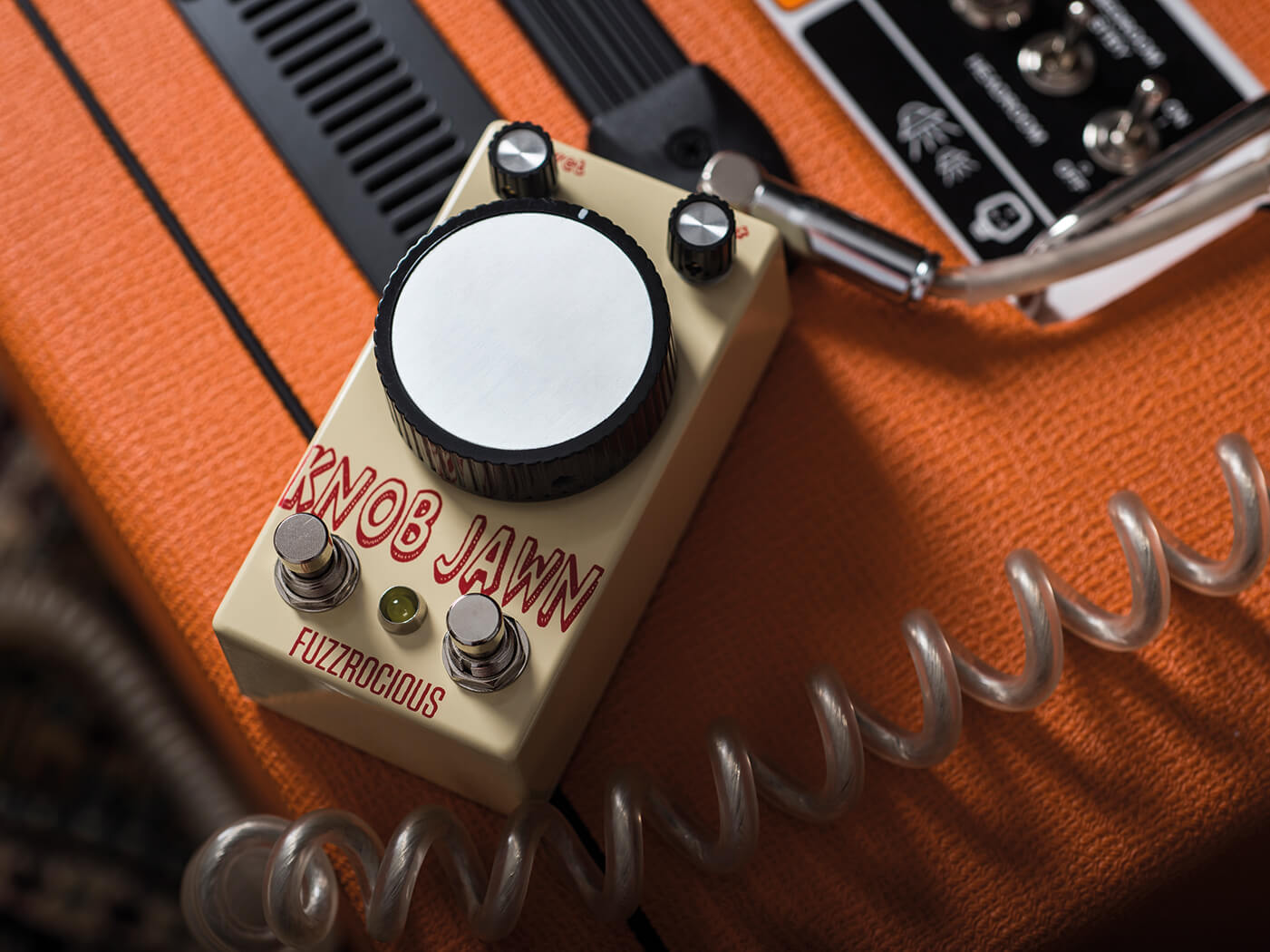 An ingenious and creative octave pedal for the quality-minded sonic hooligan.

Ryan Ratajski of Fuzzrocious pedals has a reputation for high quality, hand-wired sonic mayhem, and NAMM 2019 heralded the arrival of his latest stompbox design – an original take on the octave-pedal theme. There is a palpable sense of relief when our research reveals that the word “jawn” is Philadelphian slang for “an object, person, place or thing,” a fact which enables us to adroitly sidestep double entendres and objectively evaluate this massive knob.

Like all Fuzzrocious pedals we have seen, the Knob Jawn runs exclusively from a direct power supply (nine-volt DC 2.1mm centre-negative adaptor) for ecological reasons, and feels sturdy and well made. The layout of the pedal is clear and well labelled with dry:wet and -/+ knobs in the top left- and right-hand corners respectively.

There are two footswitches, a standard on/off toggle and a Momentary switch on the left-hand side, more of which later. The main knob from which the pedal takes its name is a blend control which allows the user to move seamlessly from a full analogue to a full digital signal, and all points in between.

With the pedal set 100 per cent wet, we start off with the Knob Jawn’s digital voice (knob fully to the right) and experiment with the -/+ control. It should be noted that this blends in either an octave below or an octave above rather than any other notes in between, and our initial experiments reveal a clear octave response (both above and below) that tracks our note’s vibrato and bends very well. This is a good digital octave sound, but the Knob Jawn is capable of so much more… 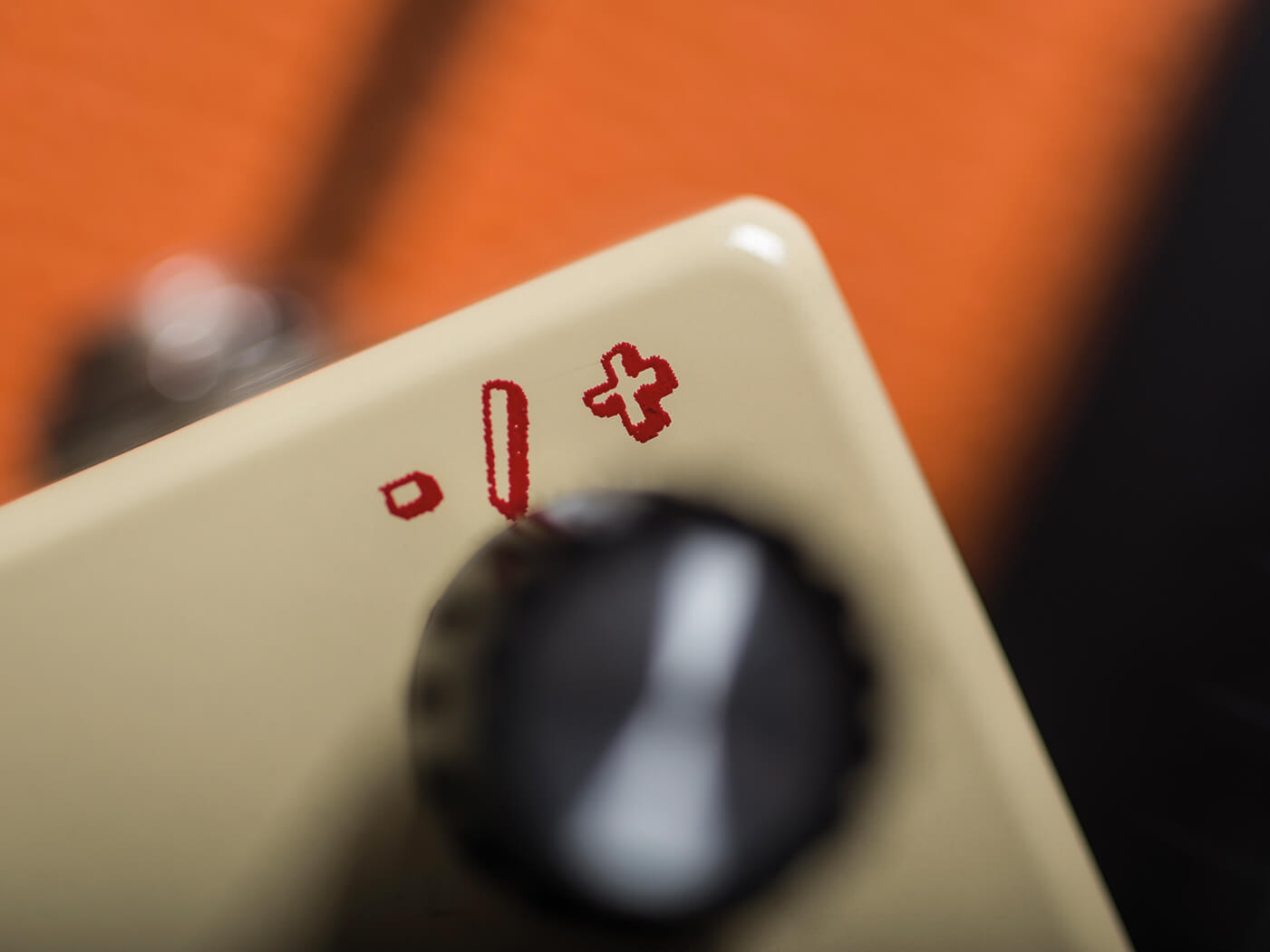 Dressing to the left, we unleash myriad wonderful, glitchy textures not unlike those to be found when playing chords through an original Whammy pedal. Vintage Nintendo-style beeps and squeals are there in abundance with the Knob Jawn set to an octave up, and as we blend in a lower octave we discover a rich seam of deep, crunchy lunacy which can be rescued from complete incoherence (should you wish) by adding more dry signal with the dry:wet knob. Going full analogue also adds an invigorating shot of distortion to the mix.

It’s in the combination of the dry:wet control and the main analogue/digital knob that we find the most potential. Even subtle tweaks are capable of engendering new and intriguing textures. Our top three are immediately christened “Alien Flatulence”, “Polyamorous Rhino Cult” and “Boiling Denim”. These are, of course, onomatopoeic.

Not one for the Dumble-hungry blues hound, the Fuzzrocious Knob Jawn will unapologetically ruin your tone in very creative and beautiful ways, especially in combination with other effects such as delay and fuzz. If you want to make music you have never heard before then this intuitive and refreshing approach to the octave harmoniser could play a starring role. 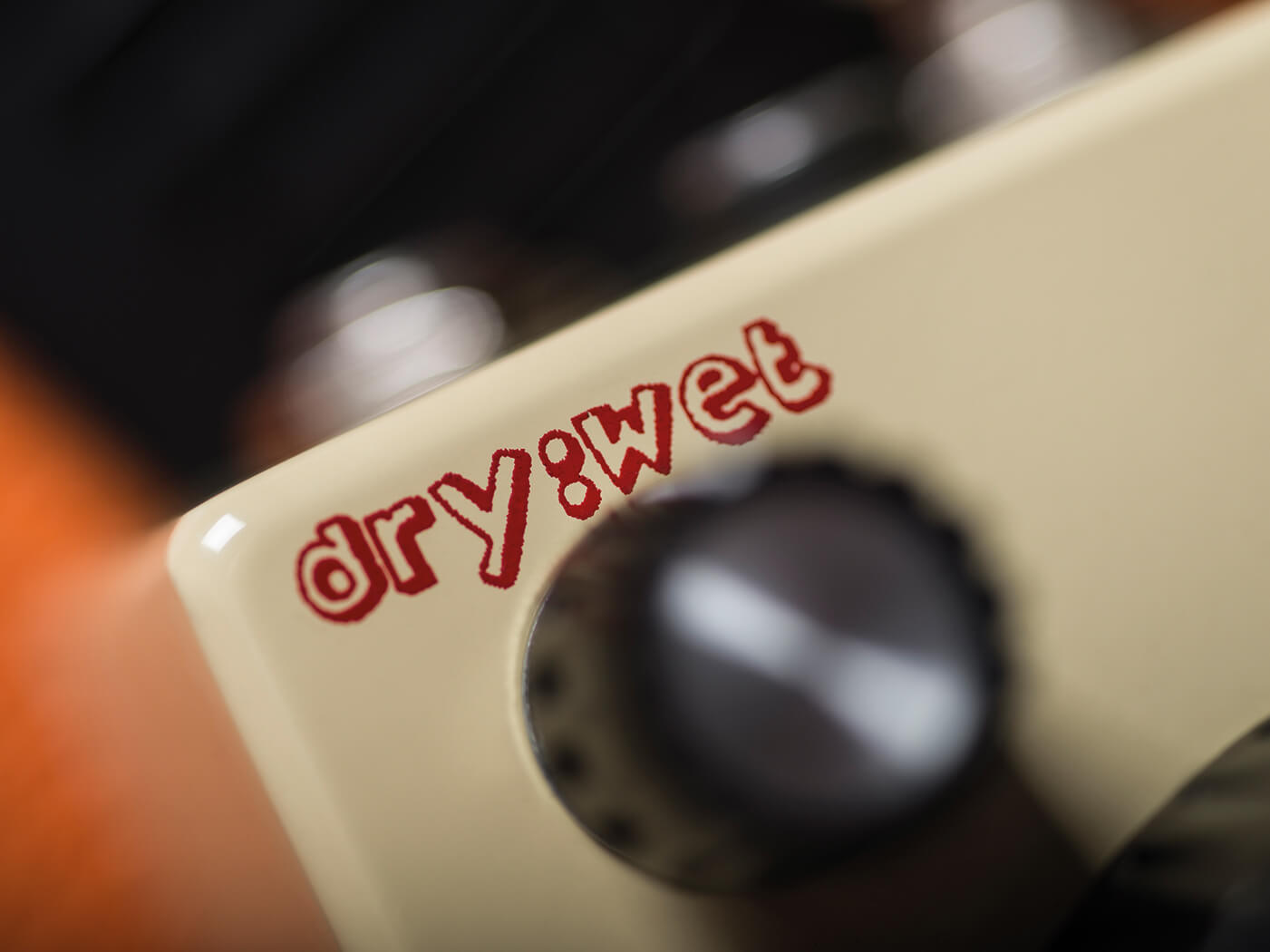