This valve-powered dual overdrive lets you hog all the Marshall-style gain for yourself – or share it with a friend. So is it twice as tasty as the average dirt pedal? 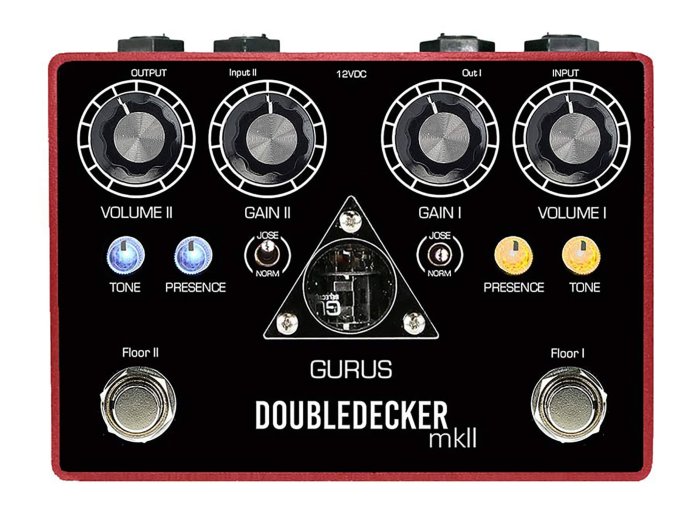 Marshall amps, more than any other, defined the sound of rock. But they also defined the sound of puffing, panting and, “Oof, I don’t know how much more of this my back can take”. Thus the rise of the MIAB (Marshall in a box) pedal: all the rasping crunch, none of the chiropractor referrals.

But the DoubleDecker MkII from Gurus, an offshoot of the Foxgear brand, goes one better than most: aside from being powered by a real valve, it’s actually two Marshalls in a box, and you can engage each on its own, run one into the other, and even use their independent inputs and outputs to feed separate rigs.

Add to that a toggle switch on each channel to engage Jose mode – based on the mods carried out in the 1980s by Jose Arredondo for the likes of Steve Vai, James Hetfield and (probably) EVH – and that £300-plus price tag starts to look quite reasonable.

It’s an unusual build, with the glassy black control panel sitting inside a sandpaper-textured red shell. A triangle of clear acrylic in the centre lets you check that the ECC83 valve is actually working (the stated operating voltage is 150-300v), and the little tone and presence knobs are lit from within: amber on channel one, blue on two. The extra clipping of the two channels’ Jose modes comes courtesy of germanium diodes and LEDs, respectively. 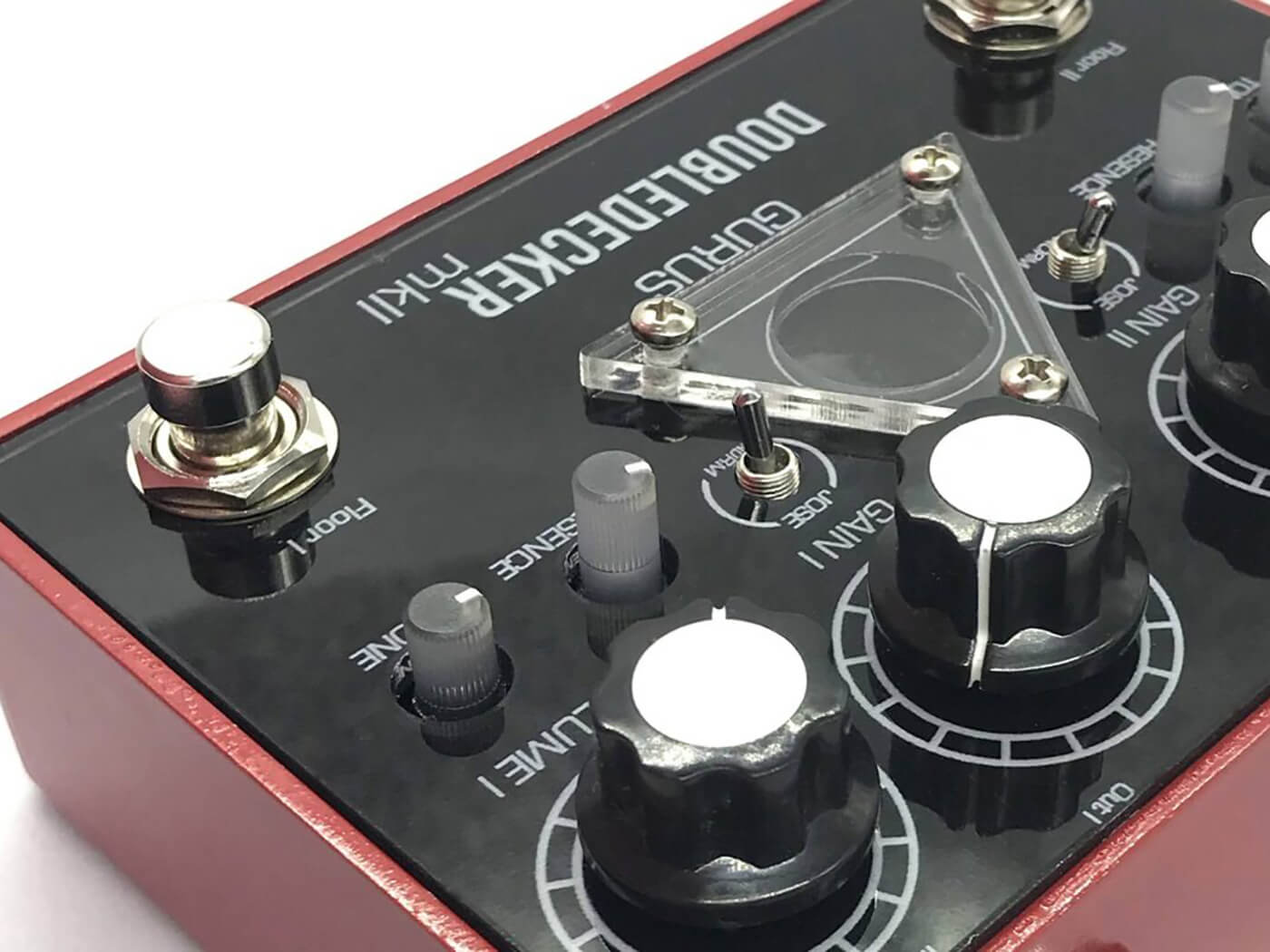 We’re here for the noise. But first we need to find our way around the DoubleDecker MkII’s connectivity options. They are, in a word, comprehensive.

The starting point is to plug a guitar in at the far right and an amp at the far left. That’s your standard dual-MIAB setup. You can also change the circuit order simply by switching sides, so that channel two runs into channel one, and even patch other pedals between the two sides of this one.

Using both outputs in a two-amp rig, the first will take the overdrive from channel one while the second will take both, allowing for numerous flavours of stereo dirt controlled via the two footswitches. That might be more applicable than the final option of treating it as two separate pedals for two guitars and two amps, if only because of the inevitable arguments over whose board to put it on. 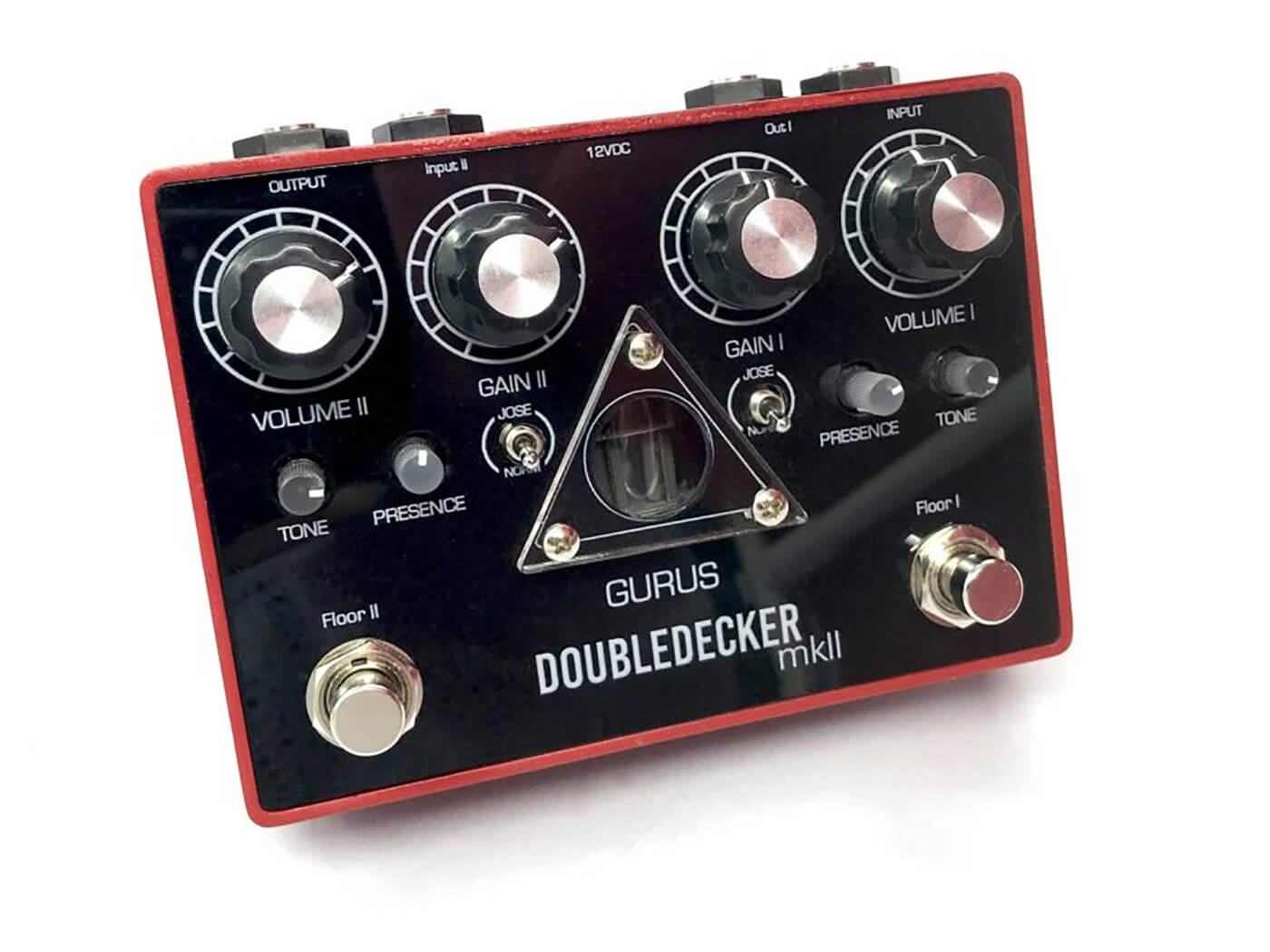 Basically with the DoubleDecker MkII you can do just about everything that you could with two pedals but with the added benefit of a single enclosure and power supply. Most importantly, the unit is capable of producing a variety of fine Marshall-style tones.
In Normal mode, the core voicing of both channels is about the same, delivering fresh, zingy low-gain crunch on the right and a meatier version of Plexi drive on the left. In both cases we’re dealing with an archetypal MIAB sound, albeit one that favours an open and edgy feel over tidily compressed smoothness.

Flip channel one into Jose mode and the output level drops dramatically; once we’ve cranked the volume knob to compensate, we hear a similar tone but with more gain and a touch less midrange clonk. When we hit the Jose switch on channel two, what happens is broadly similar, trading in some lower-mids solidity for extra saturation, with the addition of being able to see the flickering red glow of the clipping LEDs through the valve window. This is where the really high-gain stuff resides.

Engaging both circuits together is best saved for special occasions: it’s mighty powerful but brings with it an awful lot of background noise. A gate might be advisable here. Still, even if you never feel the need to deploy both sides at once, the DoubleDecker MkII packs more Marshall goodness than you might have thought possible from such a compact box. 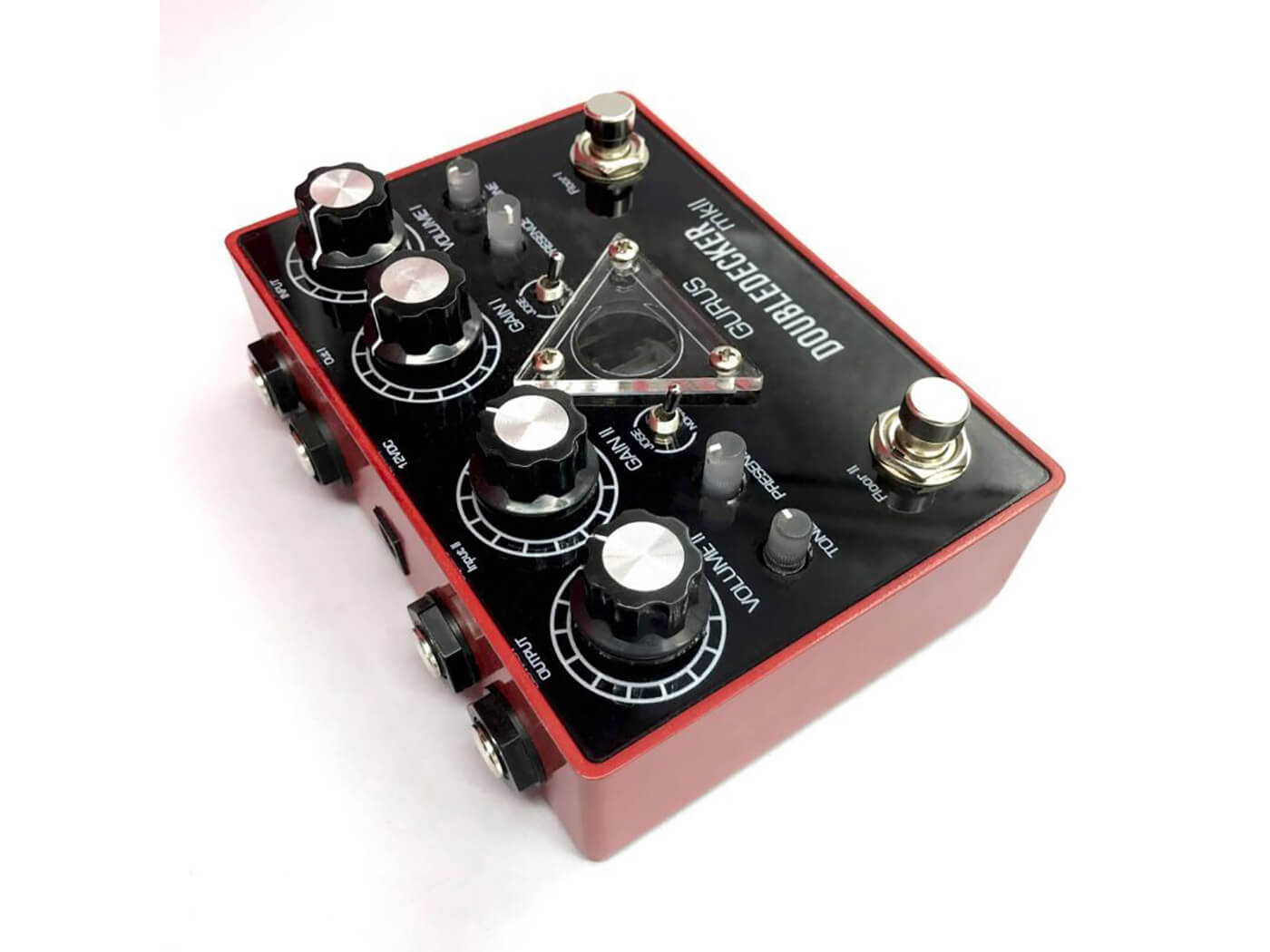