This high-end pedal combines classic Uni-Vibe modulation with digital reverb, which might seem like a strange idea… until you hear it. 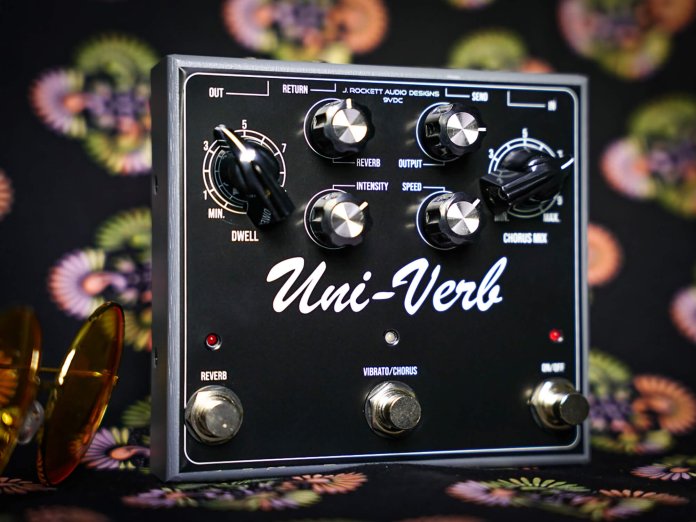 It’s perfectly feasible that J Rockett decided to put a Uni-Vibe effect and a digital spring reverb in the same pedal purely because they thought it would sound nice. But isn’t it just possible that, on some level, they really did it for the pun?

Either way, Uni-Verb is a doozy of a product name – and this hybrid device reckons it has the tones to knock two pedals off your board… which is just as well given its uncompromising price.

The format is precisely the same as that of J Rockett’s Clockwork Echo: a wide enclosure with three footswitches, four little knobs in the middle and two bigger ones near the edges, with all the sockets along the top. But this time the steel casing is grey, just like an original Shin-ei Uni-Vibe, with a black control panel and the name in that familiar italic script. 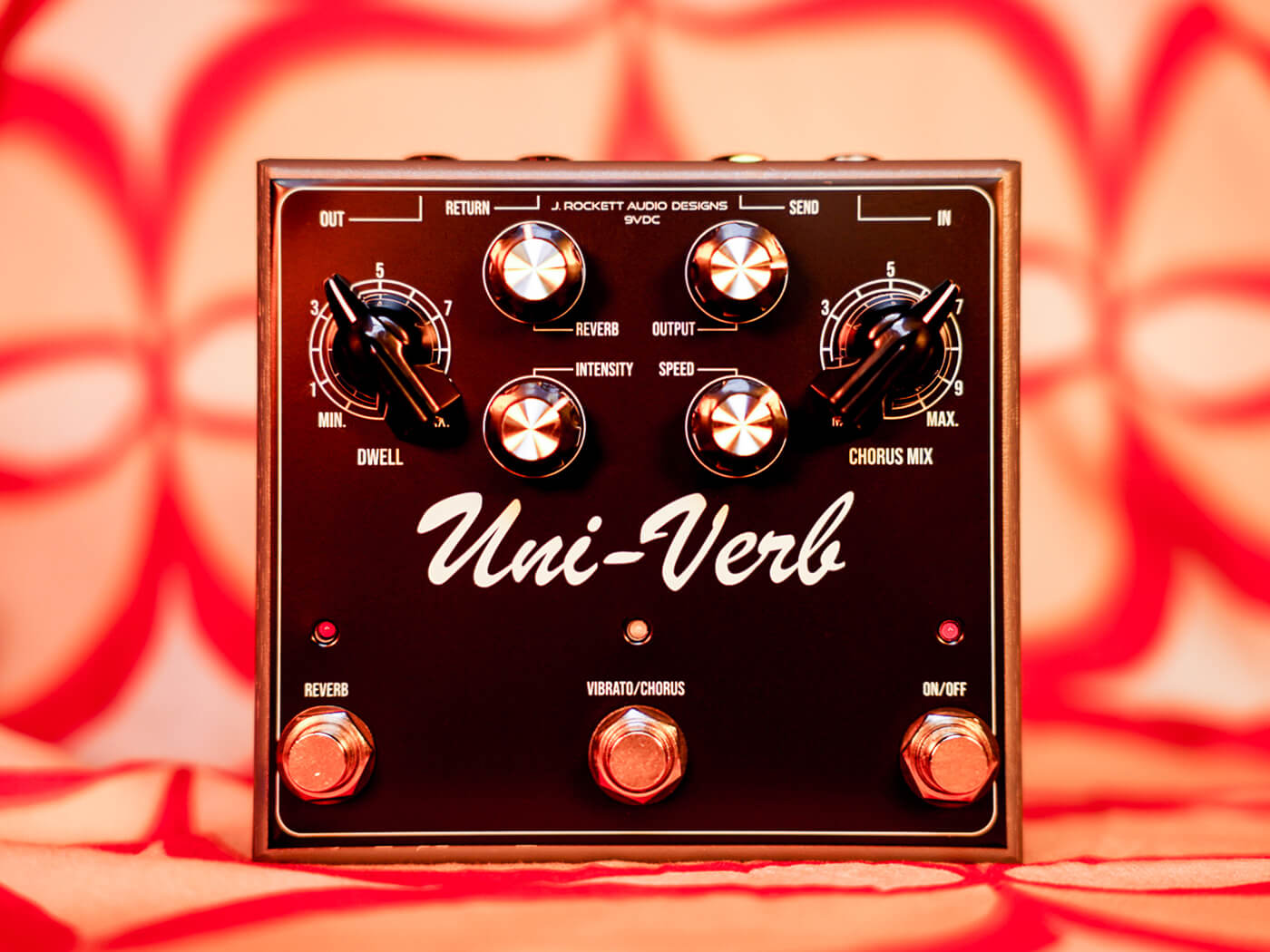 There are two important things to note about the way the vibe and reverb effects are arranged: firstly, each has its own bypass footswitch so you can use either one without the other; and secondly, there’s a built-in loop between the two – so if you’re also using fuzz or overdrive you can keep the vibe at the front of your chain and the ’verb at the end.

The third footswitch is the same ‘chorus/vibrato’ selector found on most pedals of this type, letting you flip between the full phasey Uni-Vibe effect and something more like pitch vibrato. Beyond that, the vibe circuit has controls for intensity, speed, output level and mix (for adjusting the wet/dry blend in chorus mode), while the reverb gets separate level and dwell knobs.

This unit works on a standard 9-volt power supply, bumped up internally to a vintage-correct 24 volts. So is it a proper optical vibe? J Rockett’s press release doesn’t make this clear, but take out the four side screws for a peek inside and you’ll soon spot that distinctive arrangement of four LDRs huddled around a bulb like cowboys gazing into a campfire. That’s the stuff! 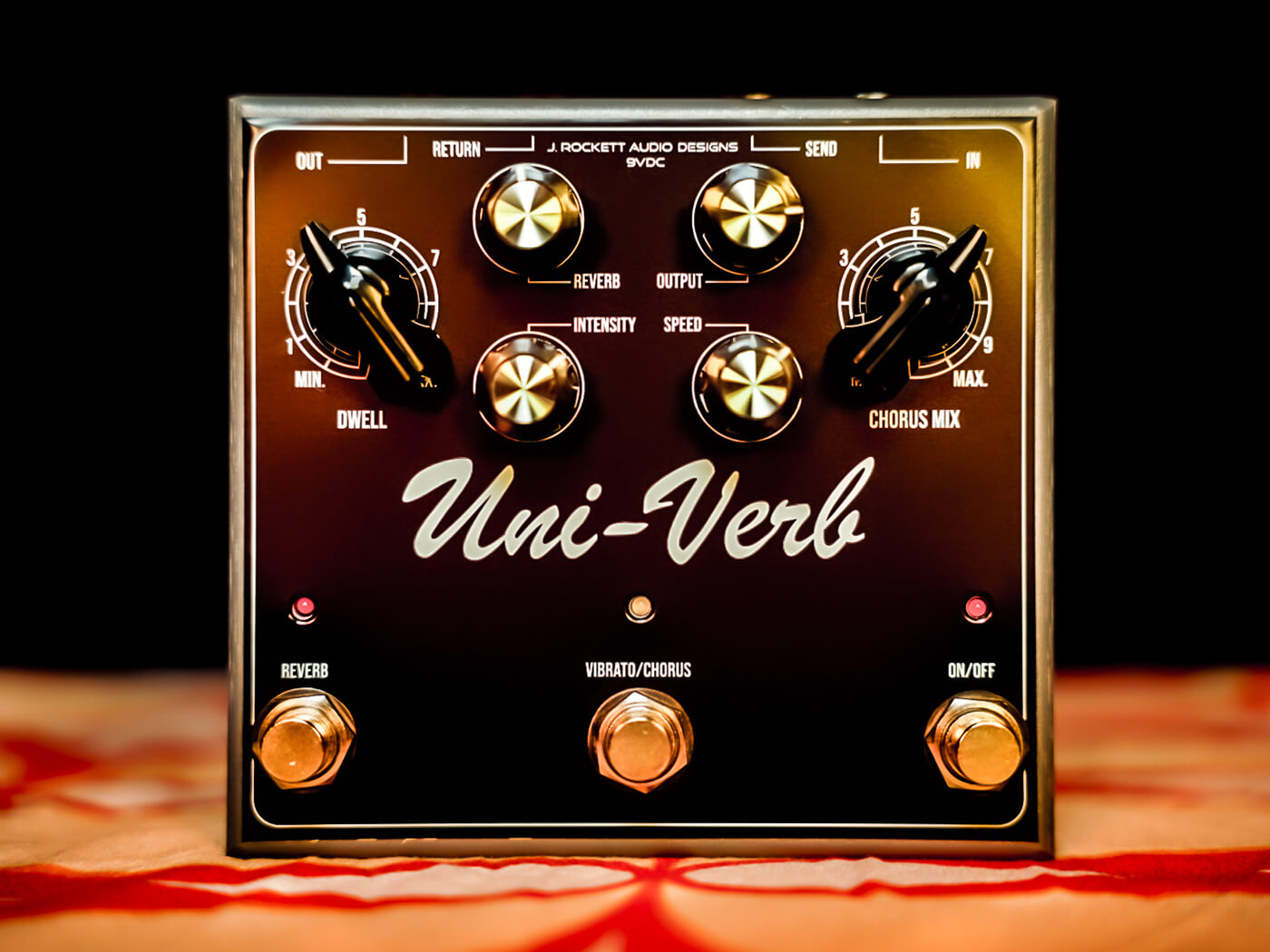 The good news is that the vibe half of the Uni-Verb has a generous speed range and an overall tonality that matches up well to the bypass signal. The even better news is that it’s delicious.

In chorus mode with intensity and mix both set high, it’s as deep and throbby as you could ever want it, with that peculiar asymmetry to the phase-shifting modulation that you can hear in Uni-Vibe tracks going all the way back to Hendrix and Robin Trower. Naturally the addition of fuzz brings different results depending on whether it goes before or after the vibe, but both are valid options and it’s nice to have that choice. 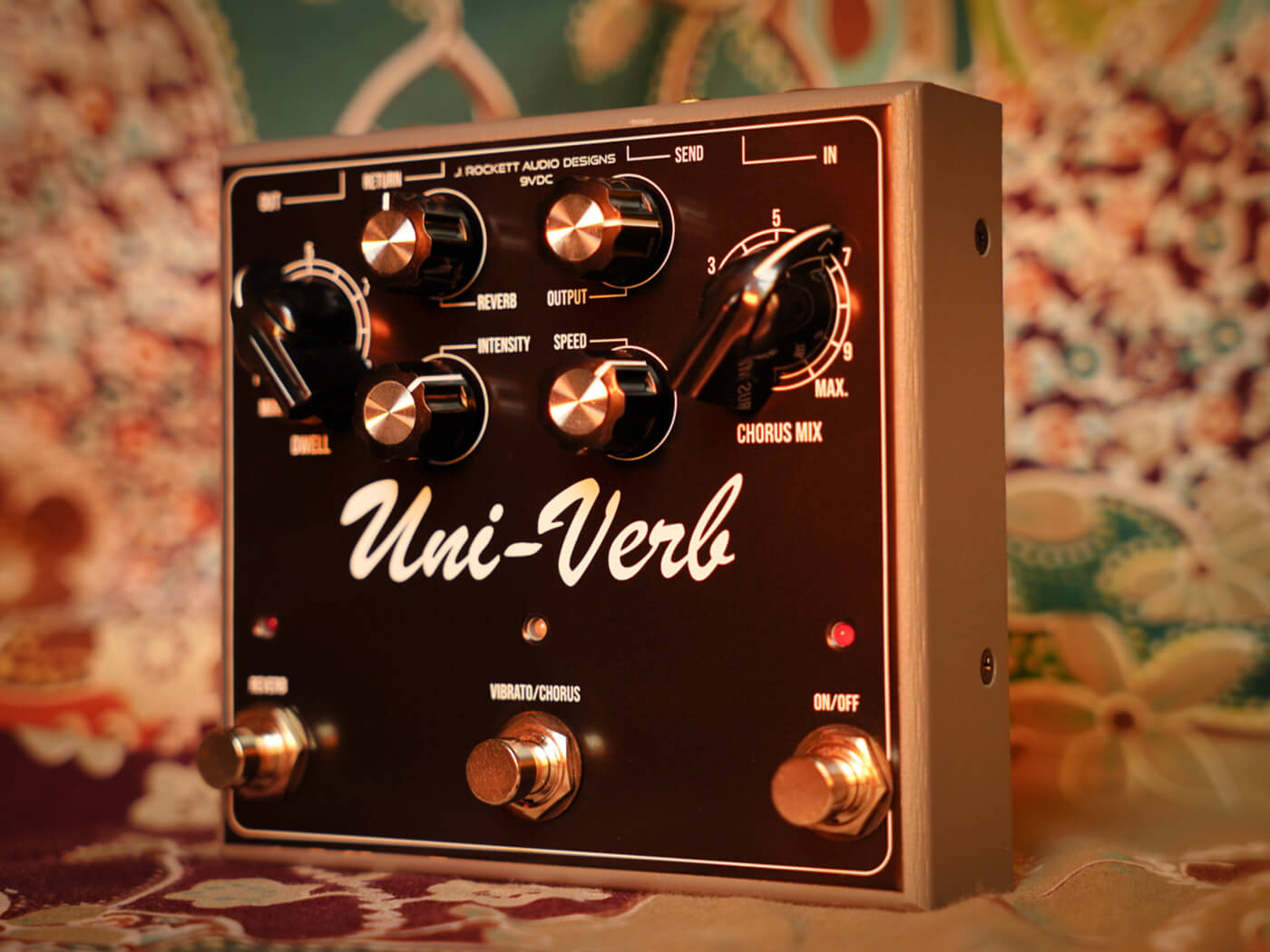 The reverb aims for realistic springiness and hits the bullseye, albeit with the clarity-boosting addition of a substantial pre-delay. It’s big and bouncy, with a hint of drip, and the dwell control – though it’s nominally there to let you adjust the length of the decay – seems to have more of an effect on shaping the low-end density of the reverb.

What we really like about this pedal, though, is how it works as a textural sweetener at relatively restrained settings – in either chorus or vibrato mode. If you’re looking for a one-way ticket to 1969, the Uni-Verb will serve you well; but if your priority is giving clean chords and arpeggios some movement and depth, you might find this unique pedal to be a lot more modern than it looks. 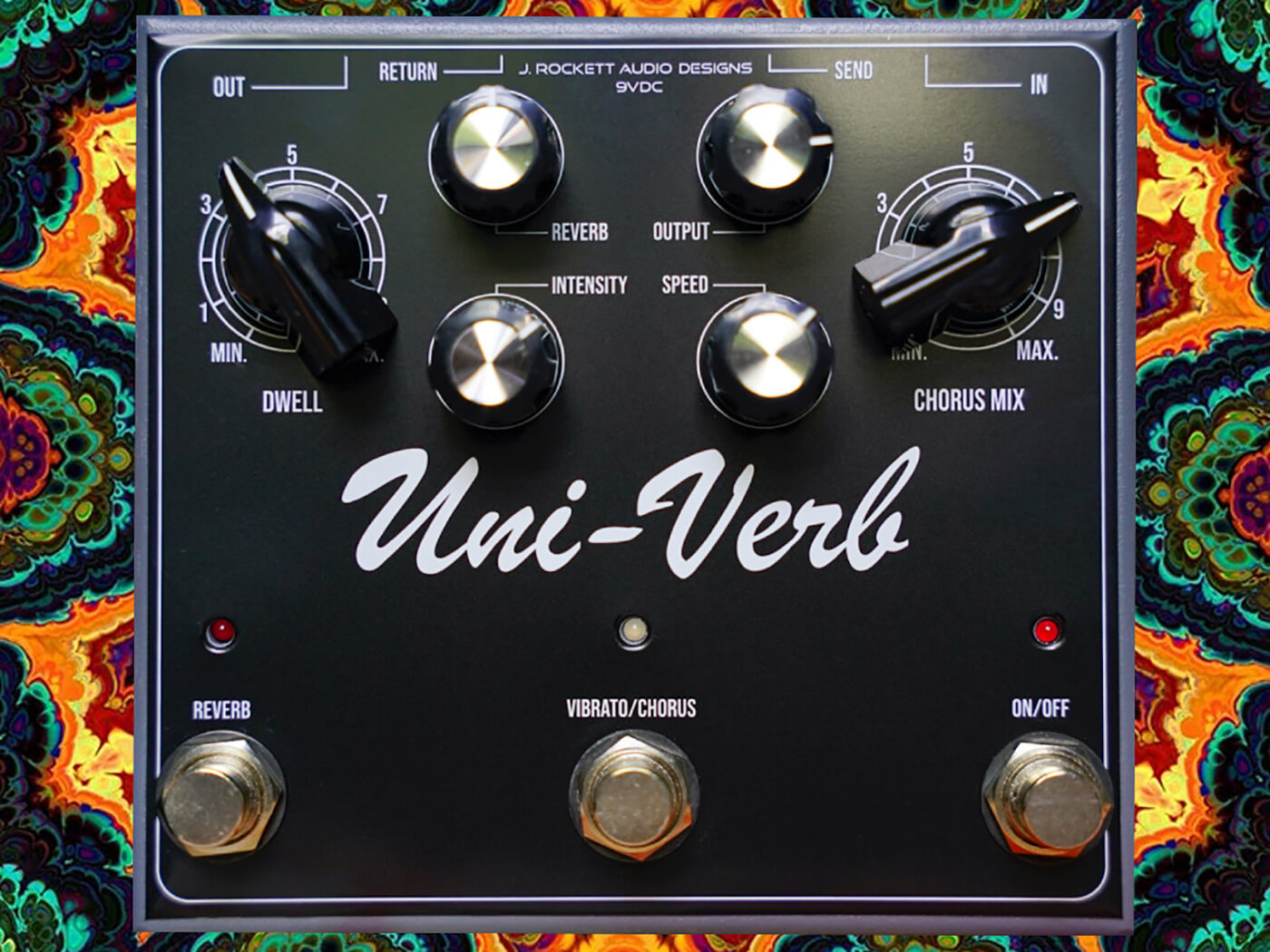