That Pedal Show’s Mick and Dan team up with Robert Keeley to create their dream drive pedal. Ed Oleszko stacks the deck… 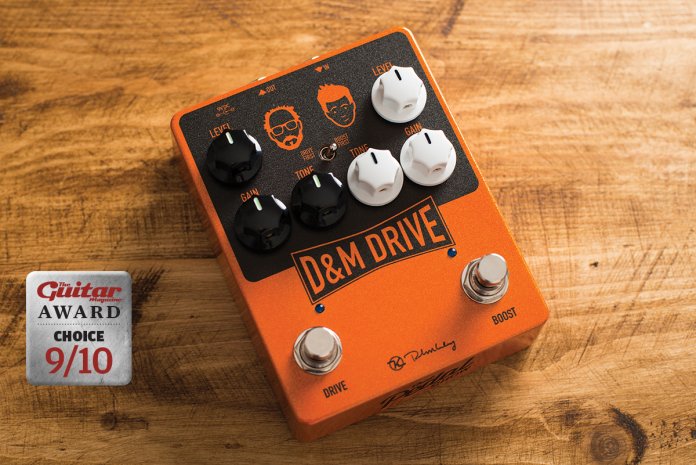 For those gear heads who haven’t yet caught an episode of That Pedal Show on YouTube, stop reading and rejoice losing the next few days/weeks catching up with some of the funniest yet most informative guitar nerd content committed to the internet.

The D&M drive is a recent addition to the ever-expanding Keeley Engineering pedal roster, designed in collaboration with That Pedal Show hosts and tone connoisseurs Daniel Steinhardt and Mick Taylor.

This smart, compact dual-pedal finished in sparkly ‘candy apple orange’ promises to cover the full gamut of drive tones from clean boosts to endless sustaining rock lead tones. Both sides of the pedal can be switched independently, or run into each other in either order, so let’s plug a Strat, a Tele and a PAF-equipped Les Paul into a range of valve amps, fire up those famous blue LEDs and see how the D&M drive stacks up.

D&M Drive in use
Starting with the ‘Mick’-inspired ‘boost’ channel, anyone expecting a midrange bluesy boost and touch- sensitive mild overdrive tones has come to the right place.

Winding up the gain up rewards you with a sensitive dynamic overdrive, a quick pick attack and uncompressed feel. Combined with a slight attenuation of both the low end and top end, it delivers a hugely addictive, vocal, mid-heavy tone. Boosting an already overdriven American tweed amp with a Les Paul rewards you perfect voice for country tinged Americana riffs and vintage-voiced Southern lead tones.

Switching to the Dan-inspired ‘drive’ channel, again there is a hefty level hike on tap, combined with a versatile range of rich, valve-like overdriven tones. Running a Telecaster into a clean, high-headroom valve amp with the pedal’s drive control set low and the volume high gives a sweet, neutral EQ boost, softer under the fingers than the boost side yet equally musical and inspiring. Winding up the gain control and returning to the Les Paul quite simply unleashes a beast named ‘rock’ that dwells inside this pedal!

Running it into a valve amp on the edge of breakup gives a lead tone to die for. It’s dynamic, with a smooth pick attack and flattering sustain that simultaneously retains your guitars voice while enhancing it with a harmonically rich overdrive that feels fantastically liquid under the fingertips.

Unexpected amounts of thick, warm distortion await, yet notes in complex chords still ring out clearly and turning down your guitar’s controls or picking lighter gives a clearer feel, which is great for alt-rock, modern blues riffs and singing solos.

Turning the gain above noon and boosting the carefully voiced tone control to about two o’clock unleashes a voice that’s pure sleaze-rock. Perfectly EQ’d for a huge 90s riff tone, simply wind up the gain further for tight, heavy-gain tones. It’s ideal for Foo Fighters riffs or even alternative metal.

Placed after the drive side, the boost channel gives a great volume boost for solo passages, cutting some low end muddiness and boosting the exact midrange frequencies needed to push your solo through a busy band mix. 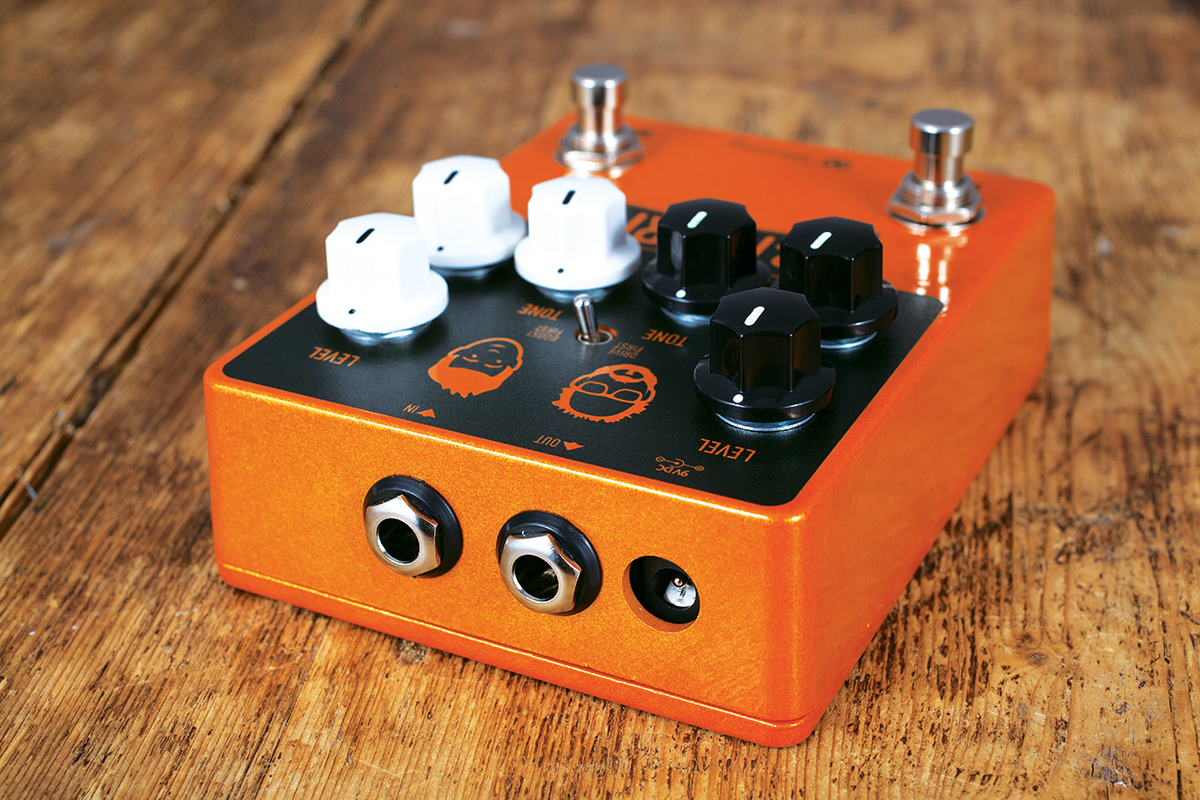 While some dual pedals give you little more than twin variations on a theme, the Keeley D&M drive’s two sides offer distinctly versatile and hugely useful personalities. Some dirt pedals really excel at low-gain boost or transparent overdrive, others at being a midrange boost for an already cooking amp.

Others still function best as a high-gain distortion into a clean, high-headroom amp. Between the two sides of this pedal, the D&M drive pulls off the rare trick of absolutely nailing all of the above, whatever your gain needs. It also works well with a wide variety of guitars and amps, and all in a compact and lightweight orange package so bright you’ll never loose it on stage – indeed, the knobs even glow in the dark!

With some clever switching and the use of TRS cables, both pedal sides can even be switched and used independently via a pedal switching system such as TheGigRig’s G2 (no surprise as Mr Steinhardt is the man behind the high-end switching system company).

The downsides? Given that this is such a versatile pedal full of outstanding tones that could conceivably be the only drive pedal a player would need for a gig or jam session, it’s a shame that it requires a nine-volt PSU and can’t be battery powered.

The position of that 9V input might also cause problems with the angled jack plugs on some patch cables. We’d also like to see some sort of internal presence control on the boost side for those players who like to control the sparkling high frequencies of their boosted tones.

Nevertheless, this is a hugely versatile and useful boost/OD/distortion pedal worthy of space on anyone’s pedalboard. 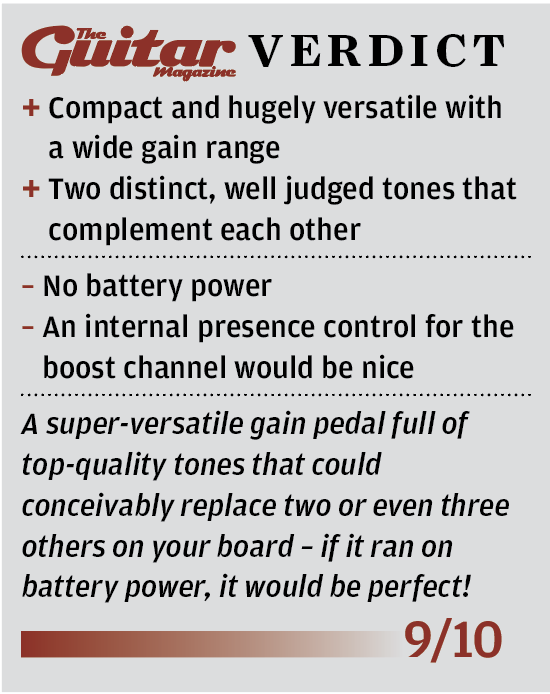