Can you turn a Telecaster into a Gretsch via a pedal? This tiny digital stompbox may have the answer. 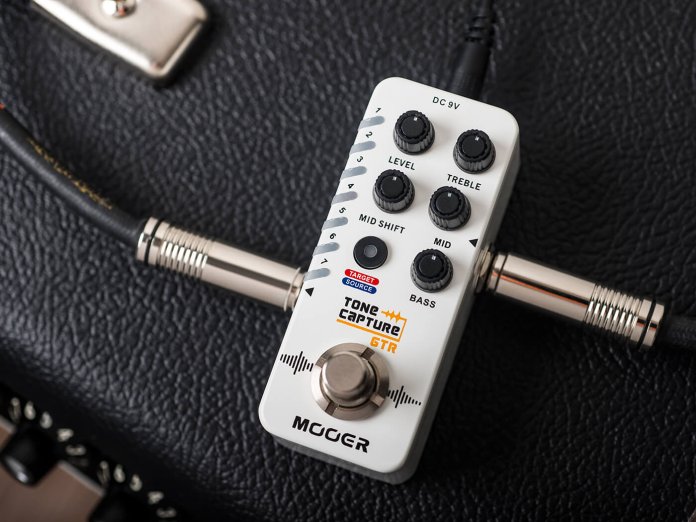 It’s hard to believe that it’s been a decade since Mooer first exploded onto the pedal scene with a series of Lilliputian stompers offering abundantly useable tones despite their tiny size and keen price-point. Mooer has earned a reputation for pushing the boundaries with its range of sophisticated digital pedals and the Tone Capture GTR is no exception.

Mooer encourages us to imagine a world in which the tonal personalities of any guitar in your collection can be accurately mapped and subsequently reproduced using a single instrument. Gretsch too bulky for the gig? Don’t want to lug an acoustic with you just for one number? A few seconds channelling the instrument in question’s voice through the Tone Capture GTR is enough, Mooer suggests, to capture everything necessary to store and recreate those tones for use at your convenience.

Big talk indeed. In order to fully test the Tone Capture GTR we assemble a posse of electric and electro-acoustic ‘target’ instruments with a Telecaster as our ‘source’ guitar. 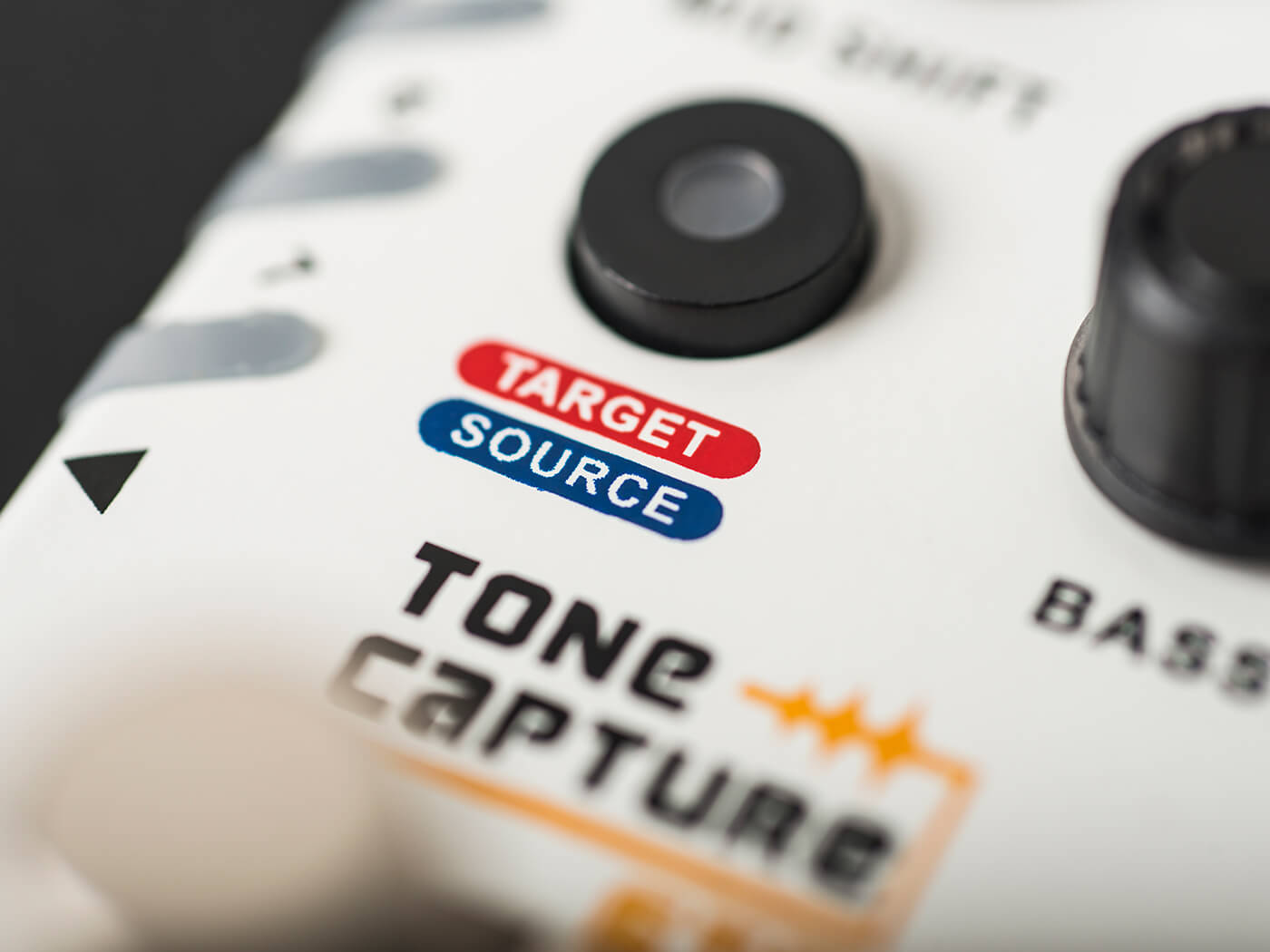 A Gretsch White Falcon’s neck-position Filter’Tron is our first target sound. Plugging into the pedal we press and hold the footswitch – the pedal flashes to indicate ‘Target Acquisition Mode’. Yes, really.

Tapping the footswitch again begins the target-sampling routine and one by one the lights flash on indicating that the pedal is making the requisite calculations as you strum and play up and down the neck. It’s a process eerily like saving your thumbprint into your phone.

With the tone of the Gretsch captured we use a similar process to program the Tele as our ‘source’ guitar. Mooer recommends playing something similar on both source and target instruments. Having successfully completed the procedure we prepare ourselves to bask in the glory of a Telecaster which speaks fluent Gretsch.

The results aren’t bad. Not spot on, but there’s a recognisable voice which, when sitting in a mix or coaxed into shape with the Tone Capture GTR’s powerful EQ, does get the point across. 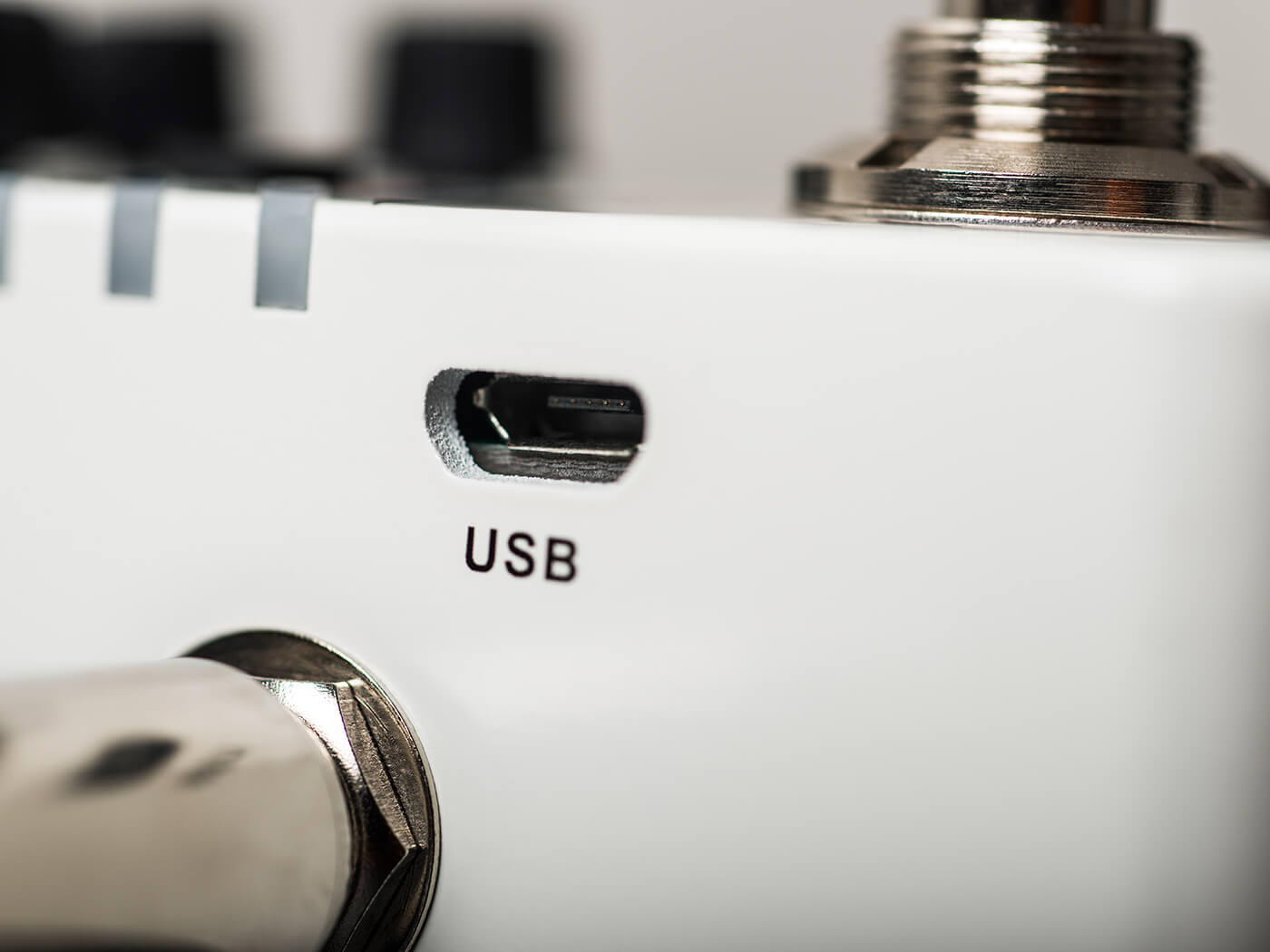 We immediately set about filling the Tone Capture GTR’s memory banks (of which there are seven) with a list of instruments we can’t always be convinced to bring to gigs. This includes a Yamaha Silent nylon string (disturbingly accurate results), a Kostal Modified Dreadnought with a K+K Pickup (a little tubby and bland when modelled) and a grumpy Teisco which never stays in tune (now it does!) but sounds really good!

It’s tempting to imagine an afternoon well-spent harvesting the souls of instruments in the posh end of your local guitar shop with an artfully sleeved Tone Capture GTR. However, while the sonic results are more accurate and musical than those yielded by a first-generation Line 6 Variax, for instance, they still fall short of the real thing. In addition, there is no way to select memory banks with the footswitch so it’s unlikely you’ll be changing voices that often during a song. That said, there is real potential for creative exploration here…

How to find the right music manager to further your career