This MOSFET drive pedal aims to bring the noise without messing up your core tone – and it’s got a clever little secret weapon. 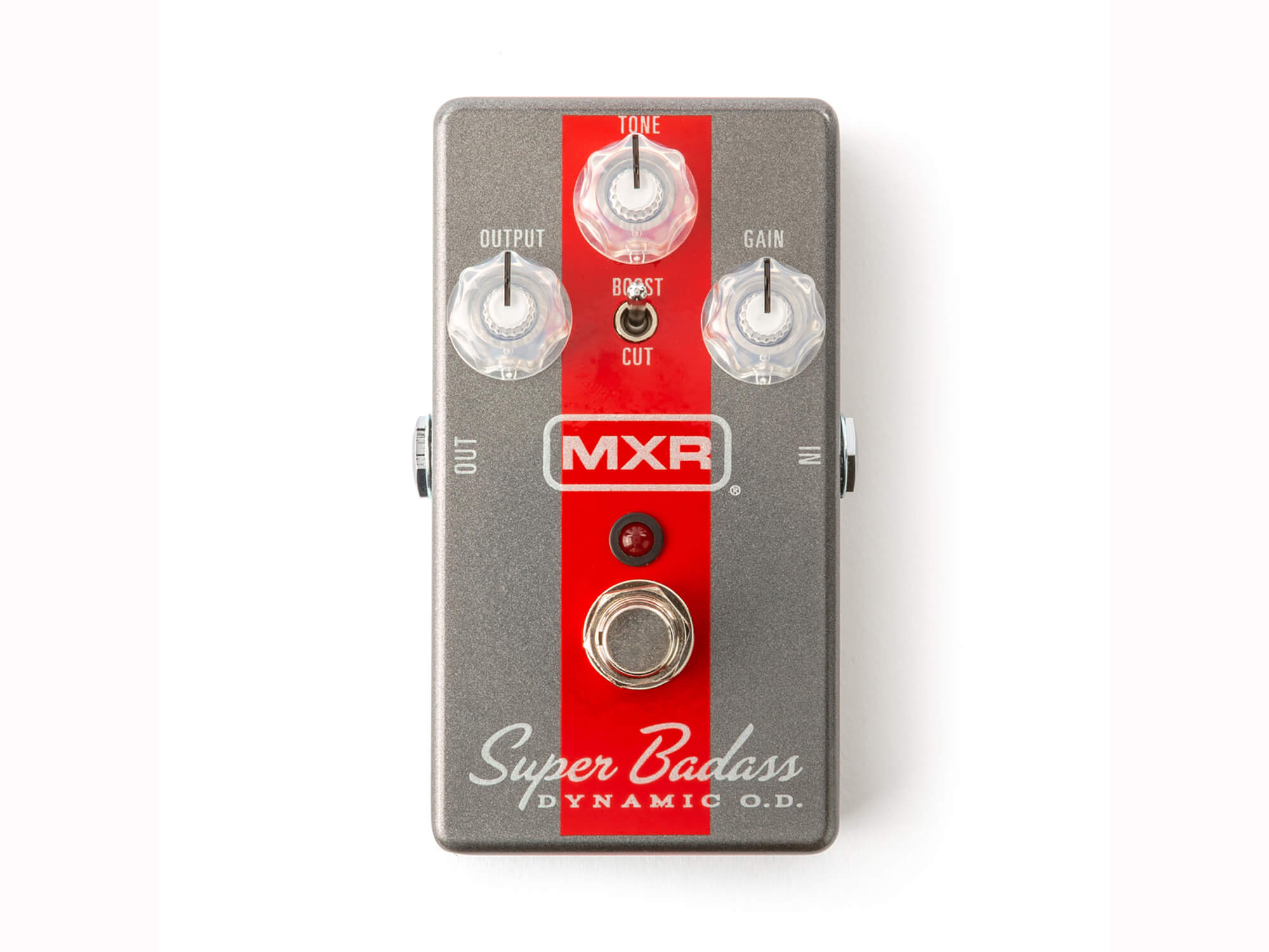 Nothing fancy, but a rock-solid option for fans of amp-like overdrive.

Pushed out into the shadow of the headline-grabbing Duke Of Tone, the Super Badass Dynamic OD is a slightly cheaper option but appears to be a variation on the same broad theme of transparent-ish drive and clean boost. The main difference, aside from its terminally frumpy red-on-grey enclosure design, is that this is a MOSFET-based circuit.

It’s the fifth entry in the Badass series, a slightly nebulous entity that sits somewhere between MXR’s standard and Custom Shop ranges. All five Badass pedals have been based on overdrive, distortion or fuzz, and in this case we’re promised smooth, dynamically responsive drive with a wide gain range that’s especially suited to pushing an already-cranked amp.

The control layout covers tone, gain and output level – yep, the usual – but the smart bonus feature here is a toggle switch in the centre for boosting or cutting the edginess of the midrange. On paper, that looks like a potentially handy tool for keeping things balanced when switching between single-coil pickups and humbuckers. 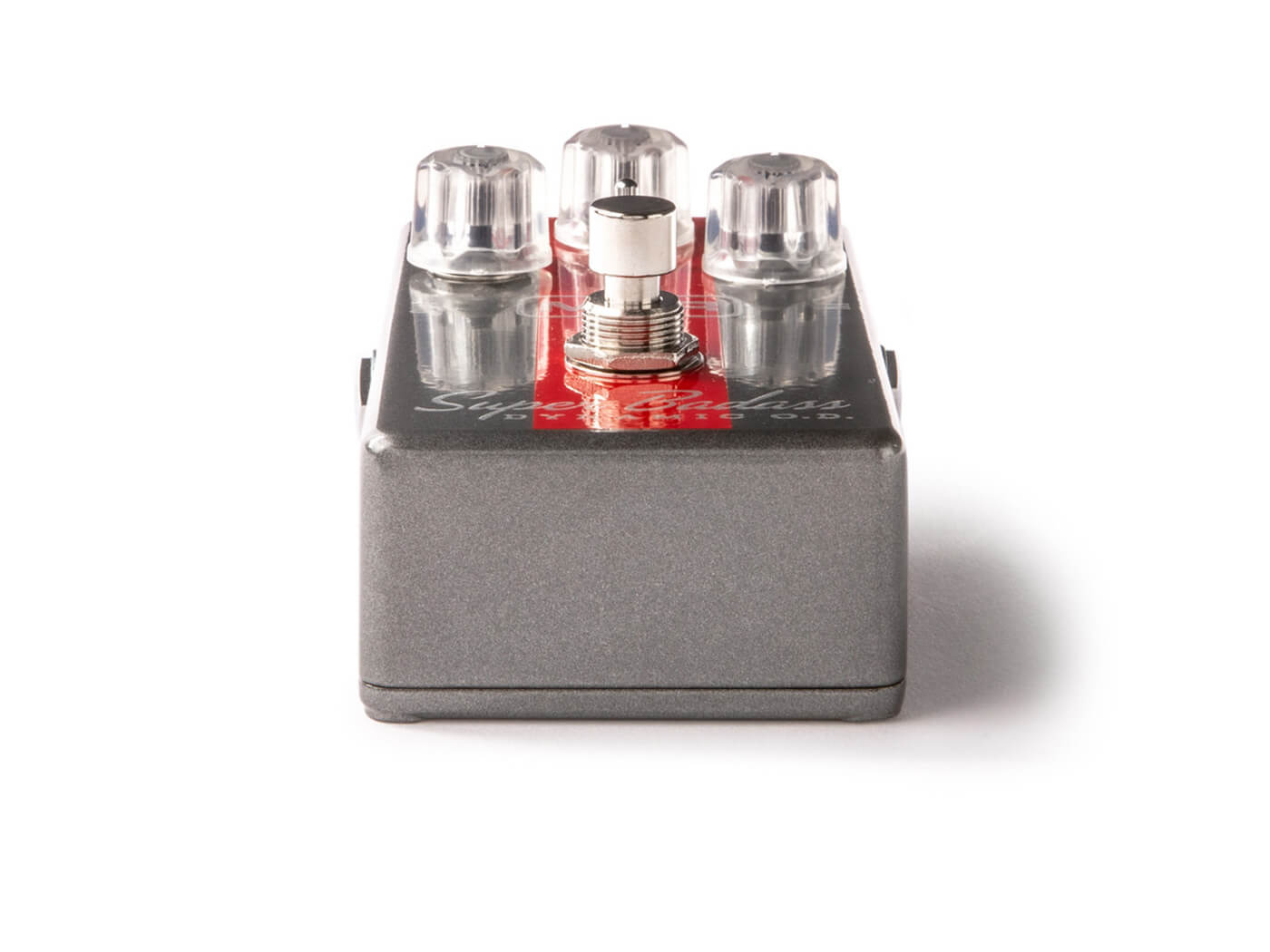 We’ll start with a clean amp, because we’re all civilised people here… but even with the Dynamic OD’s gain knob all the way down at zero, it doesn’t stay clean for long. There’s enough boost available from that output knob to give our front end a real shunt into the crunch zone.

With the toggle switch down it’s more or less uncoloured, but if you want to add a pleasingly crisp edge you just need to flip it to boost mode – or have a play with the tone control, which offers worthwhile sounds all the way from minimum to maximum.

But clean boosting is just an appetiser… and we only need to turn the gain up to around 9 o’clock to summon the main course. In pure EQ terms this is something close to transparent overdrive, but even with the switch set to ‘cut’ it feels a little more raw and feisty than some of the type. At times its combination of tight bass and fresh treble is actually somewhat Rat-like.

As a general rule, down for single-coils and up for humbuckers works well; but even on a Telecaster’s bridge pickup we find ourselves engaging the boost to bring a little extra clarity when the gain is maxed out, otherwise things can start to feel fuzzily congested. Like a Rat, this pedal has a lot of distortion on tap.

As promised, it does work especially well running into an amp that’s already on the edge – and it stacks beautifully with other overdrives. It also lives up to its touch-sensitive billing, responding to softer picking and changes to the guitar’s volume knob just as if you were plugged straight into a hot and sweaty amp.

It may not be the Duke Of Tone – maybe a Baronet Of Tone at best – but if you like your overdrive natural yet aggressive, this MXR will get the job done in super, badass and dynamic style. 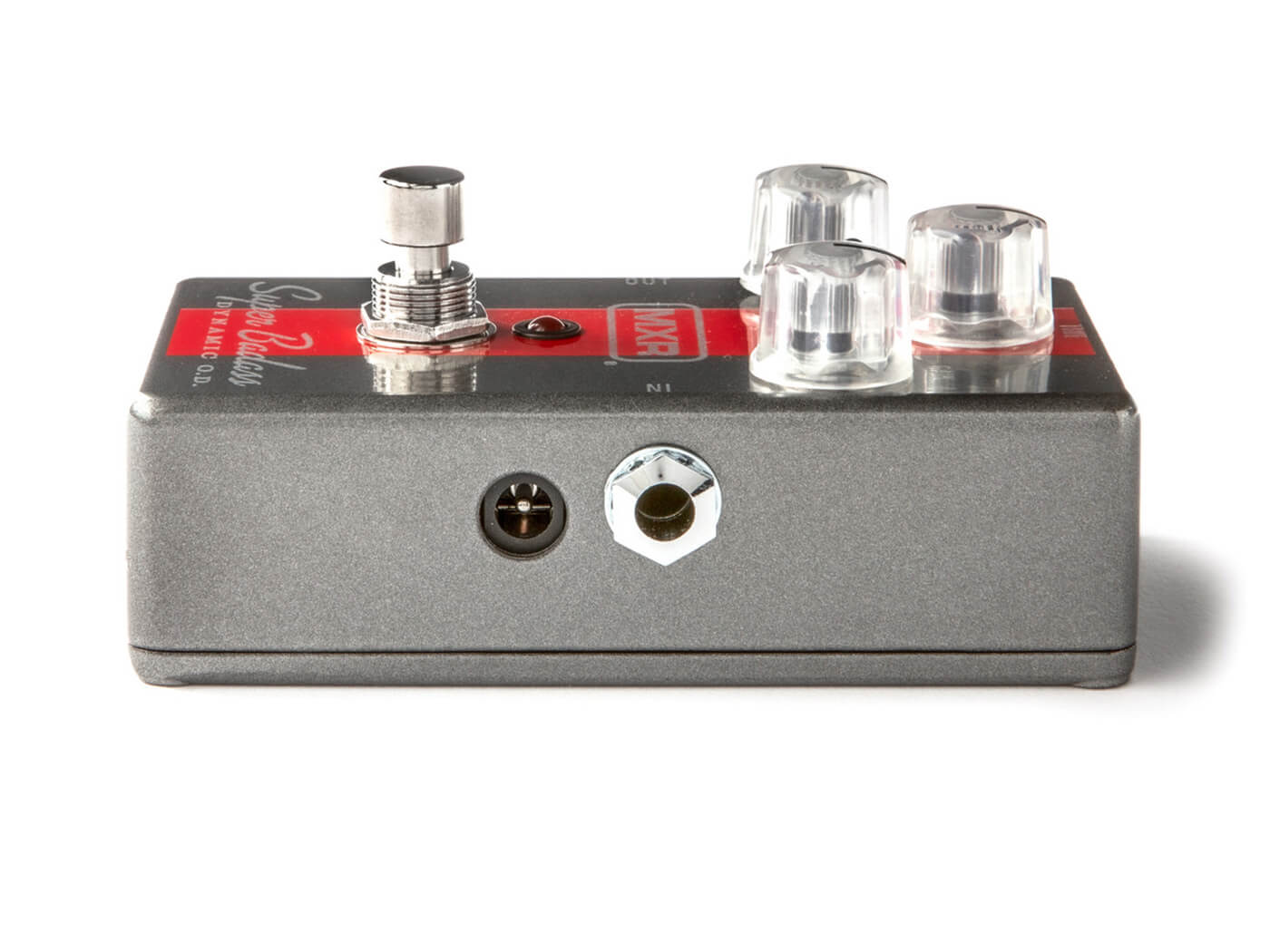