No need to vent your frustrations here – Neo Instruments has created a pedalboard-friendly version of its superlative Ventilator rotary speaker simulator, available in two Leslie-inspired flavours. 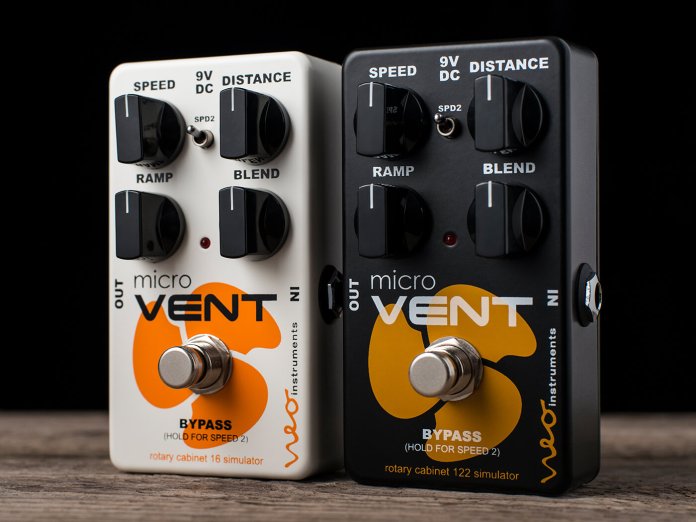 If Donald Leslie had ever come up with a micro version of the rotary speaker he invented in about 1940, it’d still have been as big as a toaster – and probably would have sounded like one too. Luckily for Neo Instruments, minimising things is a lot easier when you do it digitally.

Neo launched its Ventilator pedal in 2011, into what was then a distinctly uncrowded field of Leslie simulators. These days, there are many to choose from, but the Ventilator II and slightly smaller Mini Vent II are widely regarded as the best of the bunch. The arrival of the compact Micro Vent, then, is big news for fans of the woozy wobble.

Leslie’s crackpot invention was intended for use with Hammond organs but later put to, arguably, more interesting use by a string of guitar bands from The Beatles onwards. It uses two separate rotating parts: a horn at the top for the high frequencies and a drum for the low-end stuff coming from the main driver. Thanks to the Doppler effect and the fact that the two motors are not always spinning at the same speed, this creates a uniquely rich and fruity mix of vibrato and tremolo plus, as we’ll see later, elements of pretty much every other kind of modulation. 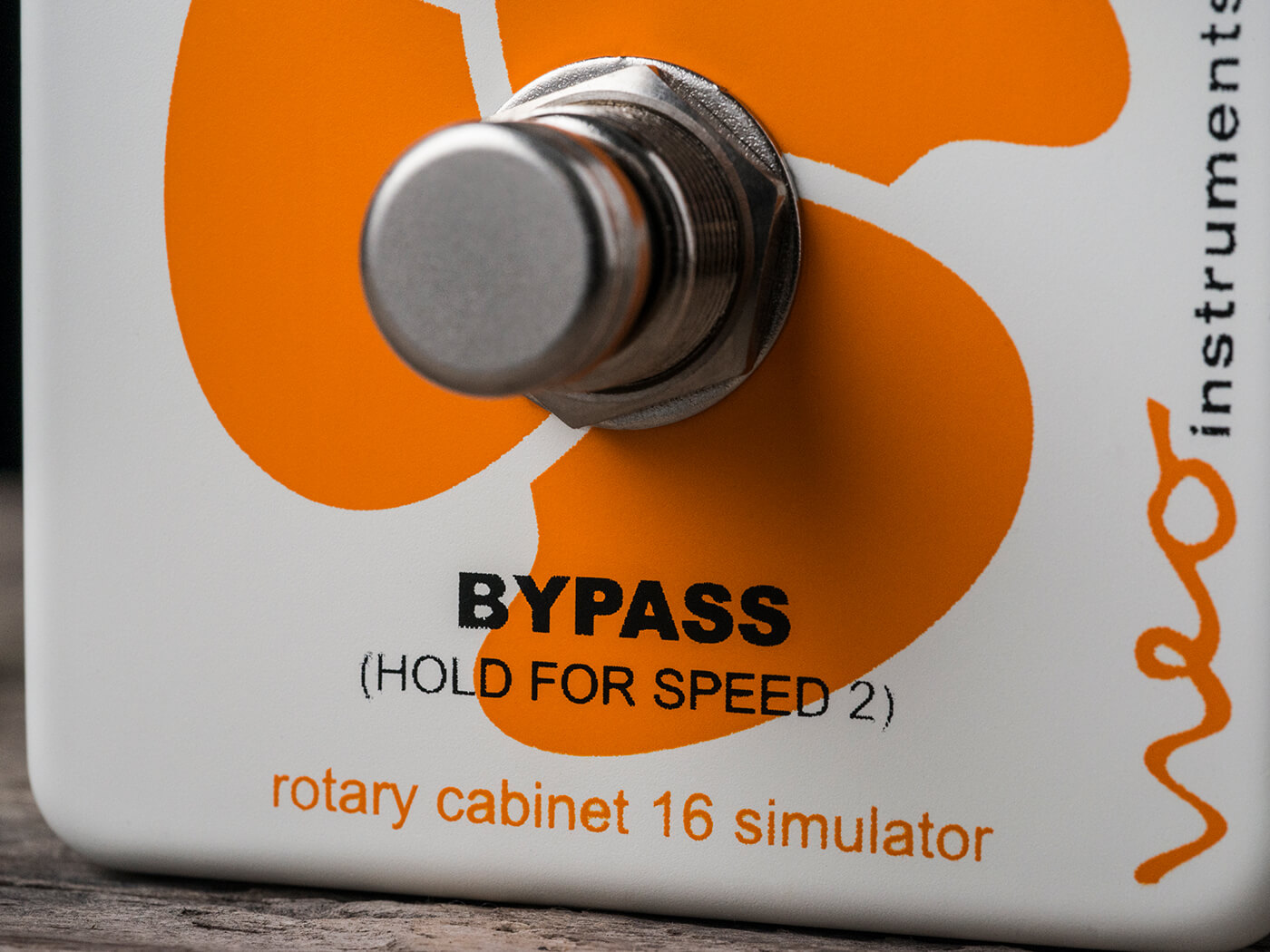 It’s a wondrous sound but those old cabinets are big – there’s a whole amp in there, not just the speaker system – so the appeal of capturing the Leslie swirl in stompbox form is clear. The game’s been afoot since the 1960s, when the Shin-ei Uni-Vibe tried to do so with analogue circuitry but ended up creating another classic effect type by mistake.

Neo’s flagship Ventilator II is modelled on the Leslie 122, complete with independent drum and horn circuits plus onboard overdrive, adjustable fast/slow ramping and stereo outputs. The Mini Vent II manages to retain most of the same functionality within its narrower two-footswitch box but going fully compact brings inevitable compromises: the Micro Vents are mono, with no drive option, and you can only adjust one of the rotation speeds – the second, activated by holding down the bypass footswitch, is fixed at fast, slow or stop.

So how come there are two of these things? Probably because of a big-hatted Texan with the letters SRV on his pickguard. While the black 122 model is built around the same algorithm as Neo’s bigger units, the white pedal is based on a different original source: the Leslie 16. Also known as the Fender Vibratone (CBS bought both companies in 1965), this is a later, simpler rotary speaker with no horn. It’s the one Stevie Ray used and that, in some circles, makes it as holy as the Pope’s favourite aftershave.

There are no other differences between these two German-made devices. Both have controls for rotation speed, microphone distance, ramping rate and effect/bypass blend, plus a toggle switch for selecting that preset secondary speed. As on the larger models, there are also some global settings you can tweak, including true or buffered bypass and a variety of alternative footswitch modes. Accessing these functions might seem fiddly but you just have to plug in the power with the footswitch held down and wait for the blinking LED (and well-translated manual) to guide you. 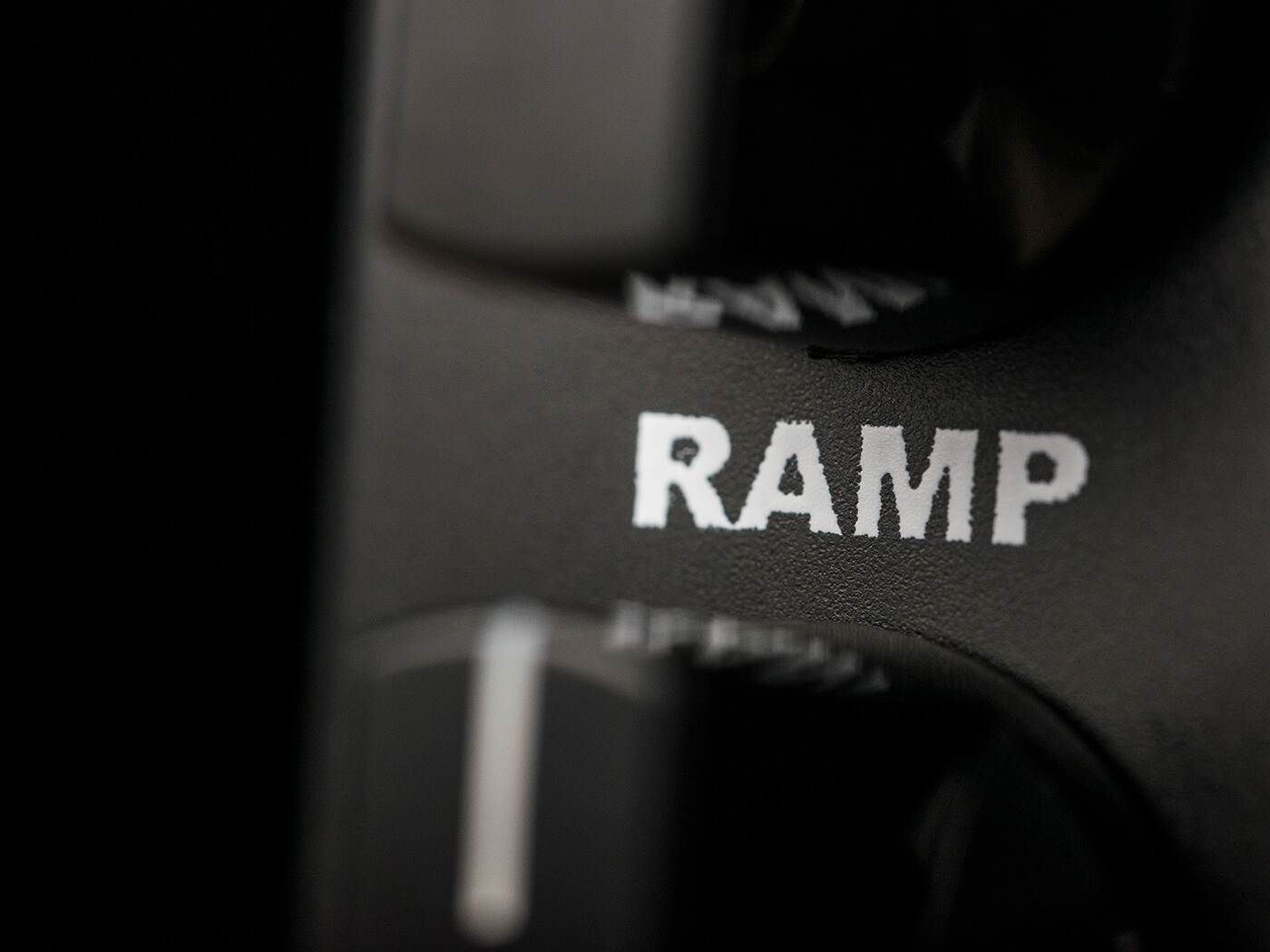 Comparing these pedals to an original Leslie cabinet would be nice but then, so would comparing every Tele we review to a 1950 Broadcaster. In truth, the most useful reference point here is probably the Neo Instruments Ventilator II – and, luckily, we have one of those to hand.

It doesn’t take long to get a rough sonic match-up between the Micro Vent 122 and its three-switch daddy. At faster settings, we’re plunged into a warm bath of sweet, throbbing modulation, deep but delicate, complex but clear. It’s a familiar sound – Cream’s brilliant Badge riff being perhaps the most obvious example – and one you can’t touch with chorus, vibrato or even this season’s must-stomp effect, harmonic tremolo.

Then we hold down the footswitch to slow the motors down and they respond – almost immediately or over a few seconds, depending on where the ramp knob is set – by morphing into something more like a phaser, with a hint of flanger-like metallic whine. Fast and slow are two quite different but equally usable effects, and the transitional sounds when shifting between them are arguably even better. 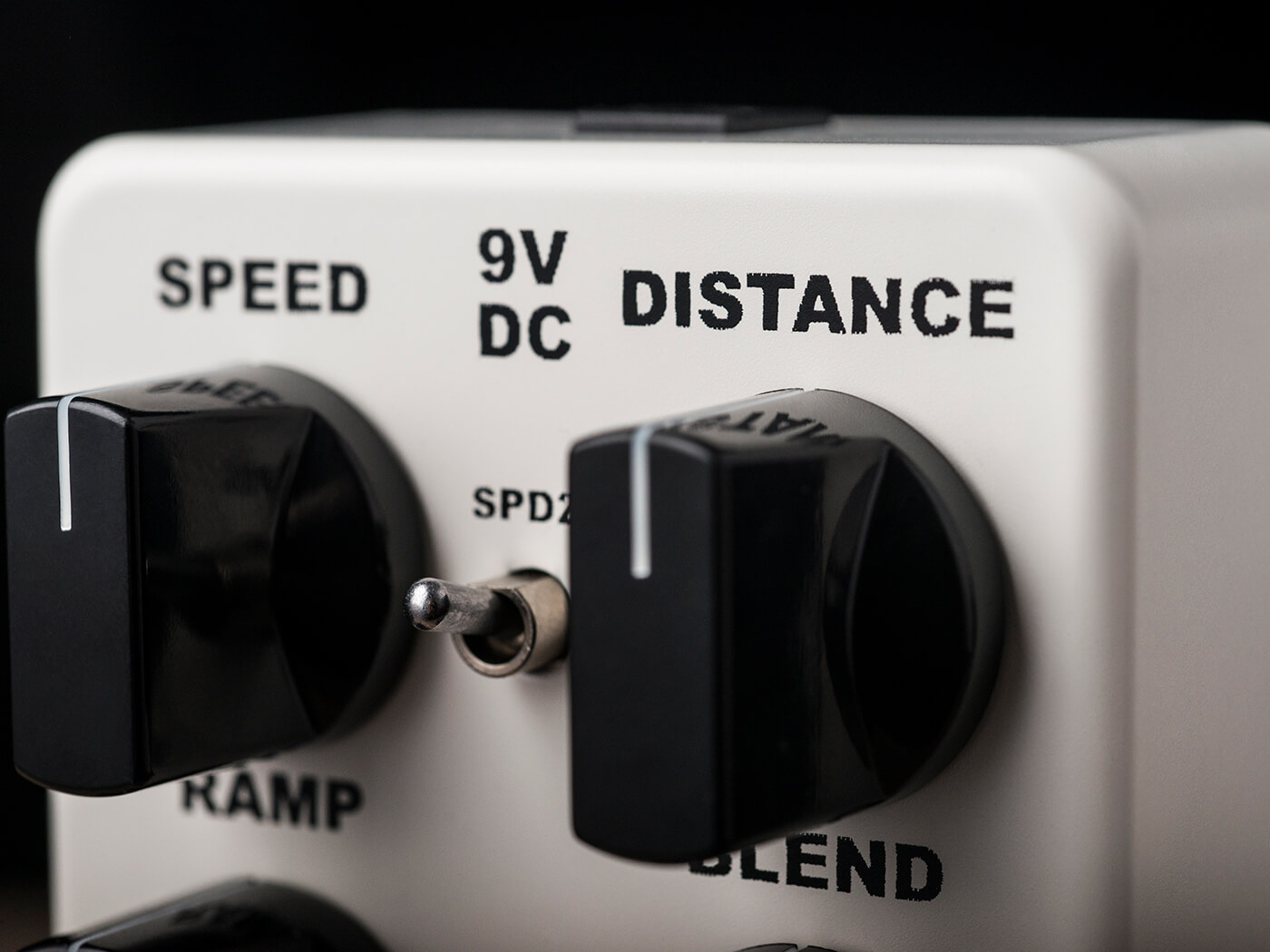 It’s much the same story with the Micro Vent 16 – imagine the same basic tone, but more transparent and less aggressive in the midrange, and somewhat mellower. This is especially true if you dial back the blend control – a feature common to both of these pedals, but absent from the Ventilator II.

Dizzyingly good stuff, then? Mostly – there are a few issues. Firstly, the maximum rotation speed of both pedals is slightly lower than that of the bigger units, which means they can’t do the really quivery stuff that sounds so beautiful with clean picking high up the neck.

Secondly, there are a couple of changes you can make to the global settings that are so useful – buffered bypass for pop-free switching, and speed-selection that latches after one second so you don’t have to keep your foot on it – that we wish they’d been made the factory defaults. That only takes a minute to fix, though.

Finally, and not so easily fixed, there’s the price. For this kind of money you might well expect both sounds in a single unit, ideally with a mix control, rather than having to choose between them. Maybe, now that Neo has proved how good it is at shrinking things, we’ll get that with the Nano Vent?