We’re all abuzz about the newest member of the Beetronics hive, a JFET overdrive whose meaty tones and wide gain range belie its tiny dimensions. 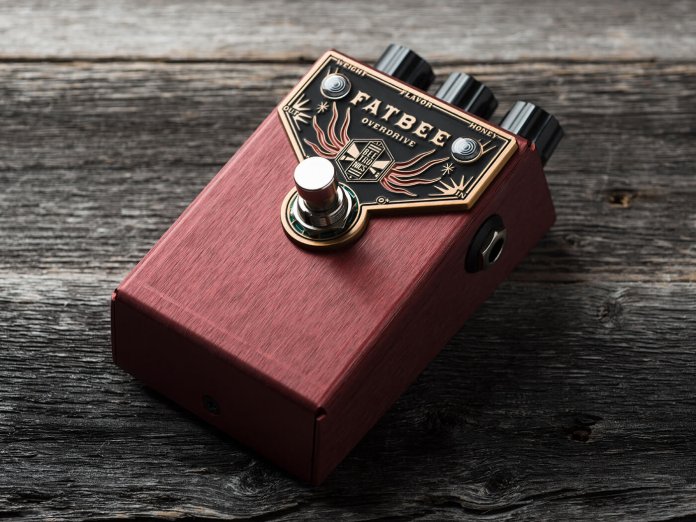 Bees are small but Beetronics pedals are big. To redress this metaphysical imbalance of the cosmos, the Californian company has launched its Babee series of scaled-down stompers, starting with a JFET overdrive, the Fatbee.

We’re promised is the same thick honeyed drive we’ve come to know and love from such pedals as the Overhive and Royal Jelly but in a format that’s less likely to spark protests from the other occupants of your pedalboard. It’s not properly miniature but it’s smaller than a standard Boss compact and, despite the metal enclosure, feels almost weightless. 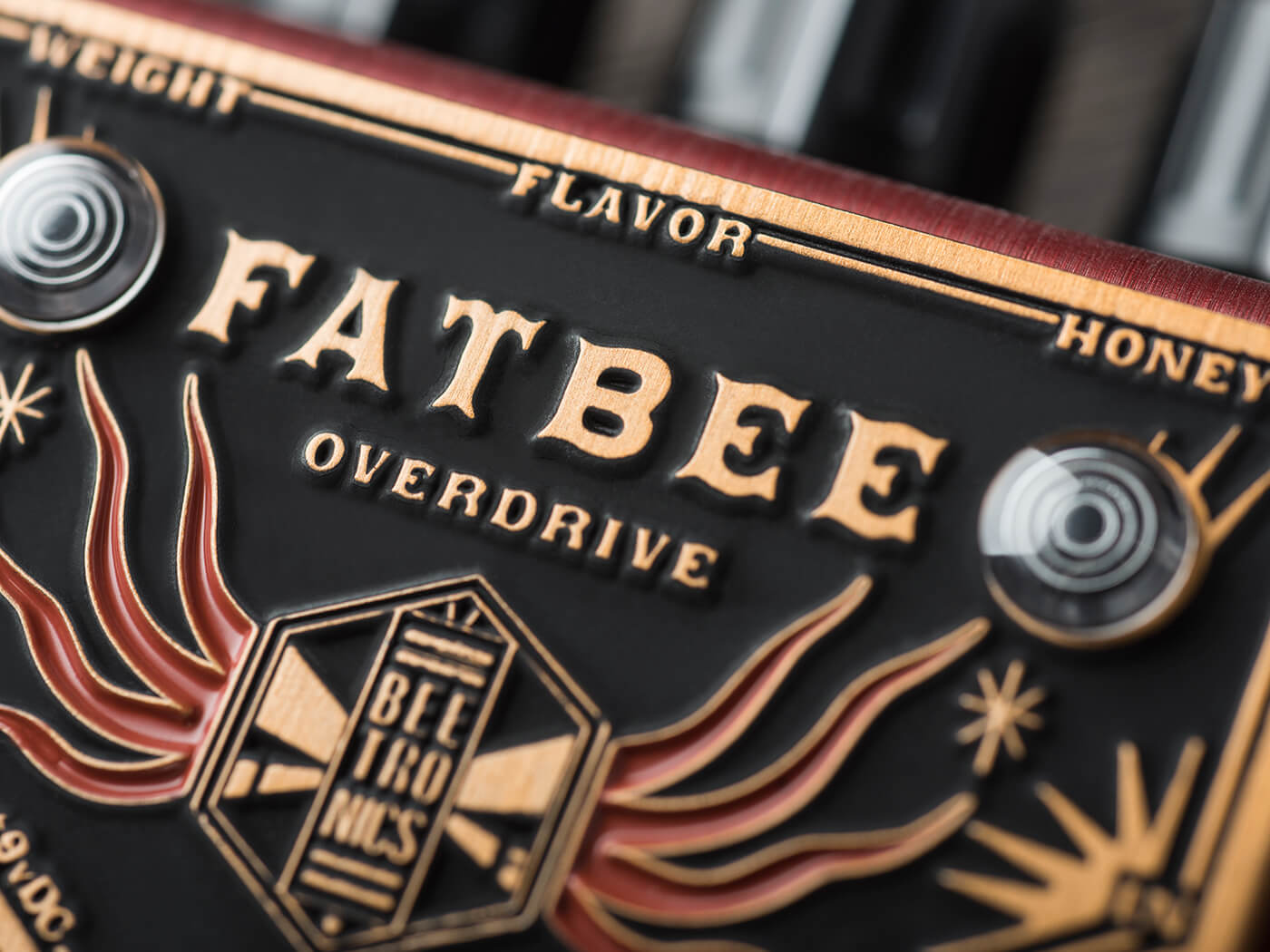 One thing that hasn’t been lost in the shrinking process is Beetronics’ distinctive visual style. That crimson brushed-aluminium finish radiates class, while the top panel – which extends neatly around the central footswitch – is a masterclass in steampunk charm. There’s a nod to the legendary Maestro Fuzz-Tone too, in the overall form of the pedal: a foot-friendly wedge whose controls are safely stowed along the top.

Those controls have the brand’s usual sweet names but the stripped-back nature of the Fatbee means there are no extra features here, just output level, tone and gain. Fair enough, though it’s a shame the knobs are ridged; the way they catch the light can make it tough to see the white marker.

We’ve no such worries about the way Beetronics has expressed its signature quirkiness on the inside of the pedal, however – the main circuit board is shaped like an apian BB King. Well, with those initials, he was asking for it. 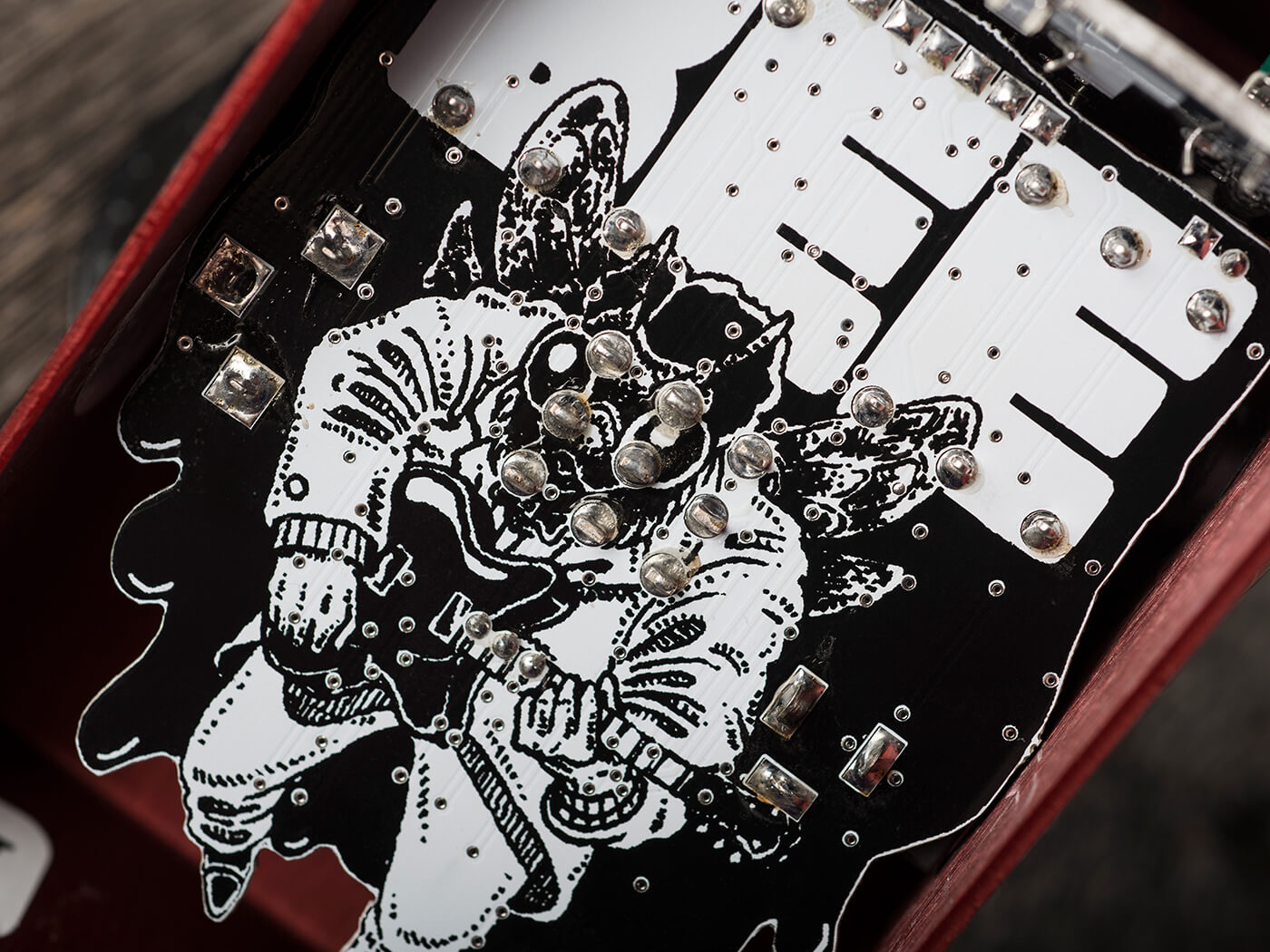 The basic voice of this unit is more or less transparent, except for a gentle softening of the top end and a throaty thickening of the lower mids. With the honey dial held back at about 10 o’clock, it produces a sweet low-gain overdrive with just enough bite to stop humbuckers getting mushy. 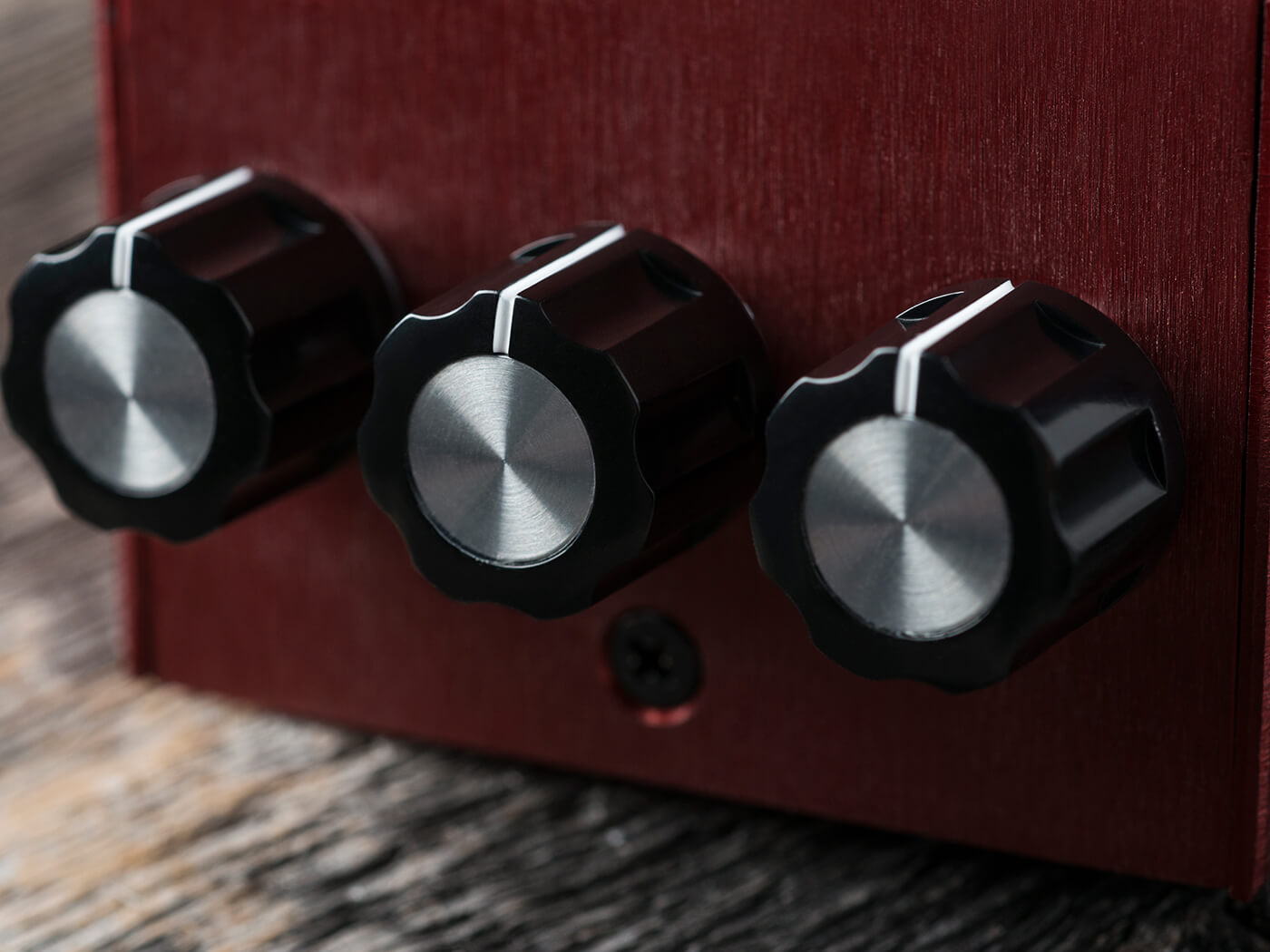 When cranking it up towards maximum gain, the drive doesn’t quite reach crazy splat-fuzz levels but instead gets warm and sticky, like a bathtub full of treacle, with very little ‘air’ but plenty of midrange bark to let choppy power chords cut through. The tone knob responds almost like an amp’s presence control, ranging from extra spiky at the top of its range to smooth – but not unusably muffled – near the bottom.

Our only real reservation about this little rascal is its price. At launch, there was talk of the Babee range being affordable as well as compact but the Fatbee has flown in at just below £200. Bit of a buzzkill, that. But if you like your overdrive chunky and are more worried about square inches than spare cash, this unit gets a solid Bee-plus. 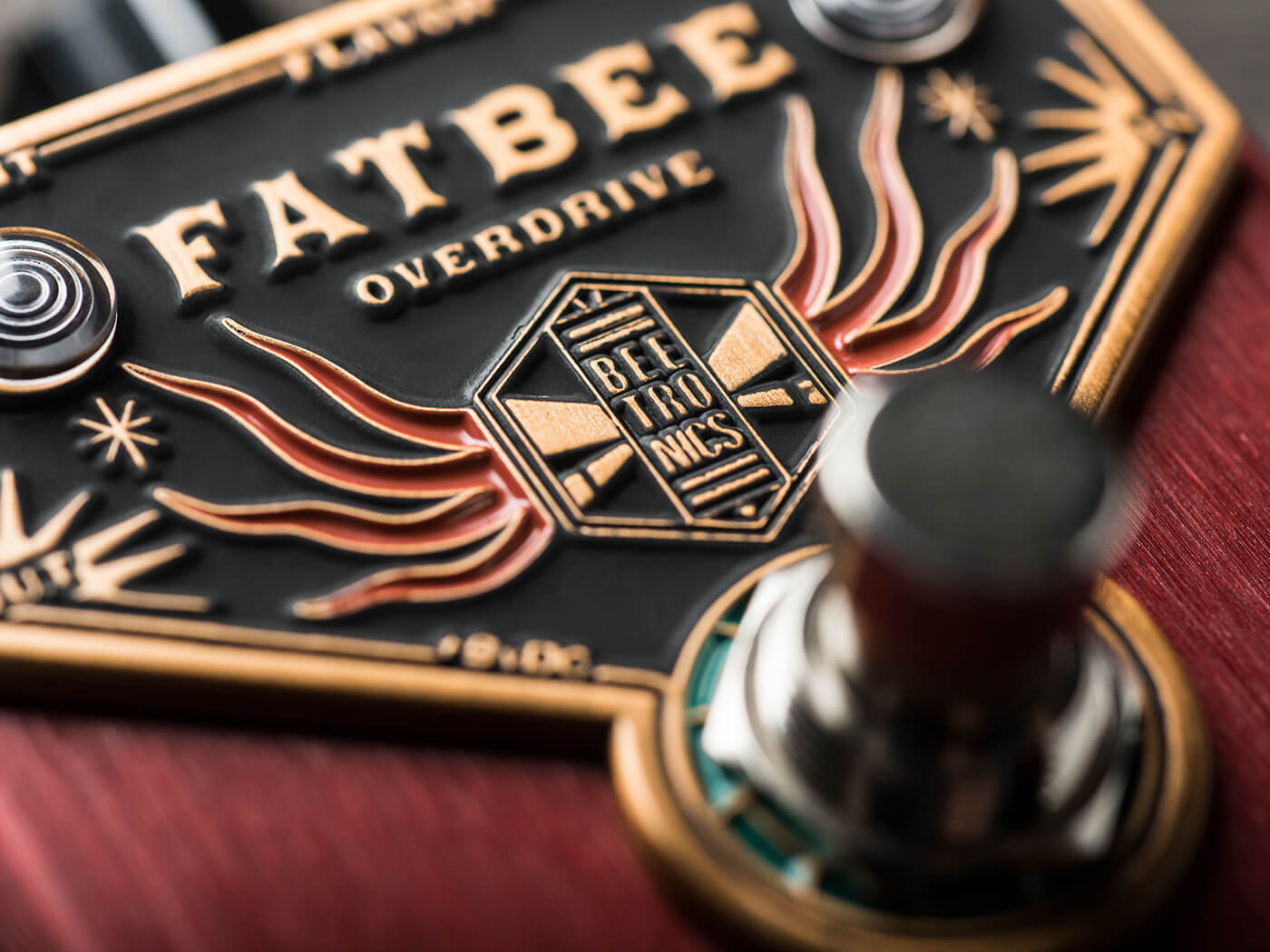