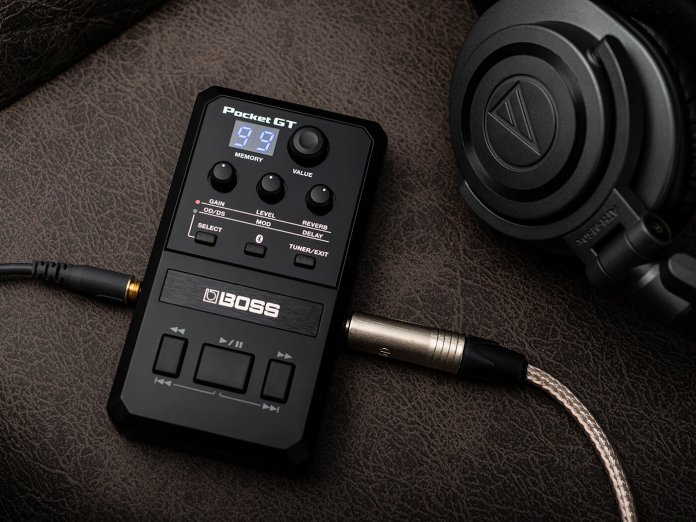 It’s part of the Boss GT range and it fits in a pocket, so it might not have taken a visionary genius to come up with the idea of calling it the Boss Pocket GT – but this titchy guitar gadget is a smarter device than its dimensions suggest.

Bluetooth connectivity gives the Pocket GT two special skills: firstly, the ability to load and edit virtually unlimited effects and amp sounds from the Boss Tone Studio app, just like its full-size siblings; and secondly, wireless streaming of videos from a smartphone or tablet so you can play along.

Remote video controls take up a large chunk of the front of the unit (and there’s even a YouTube logo on the box), but don’t go thinking this is purely a strum-along tool for noobs. In fact, you don’t even need a separate device to make use of its key features: plug in a guitar at one end and some headphones at the other, and you can spend the evening scrolling through the 99 onboard presets like a kid in a sonic sweetshop. 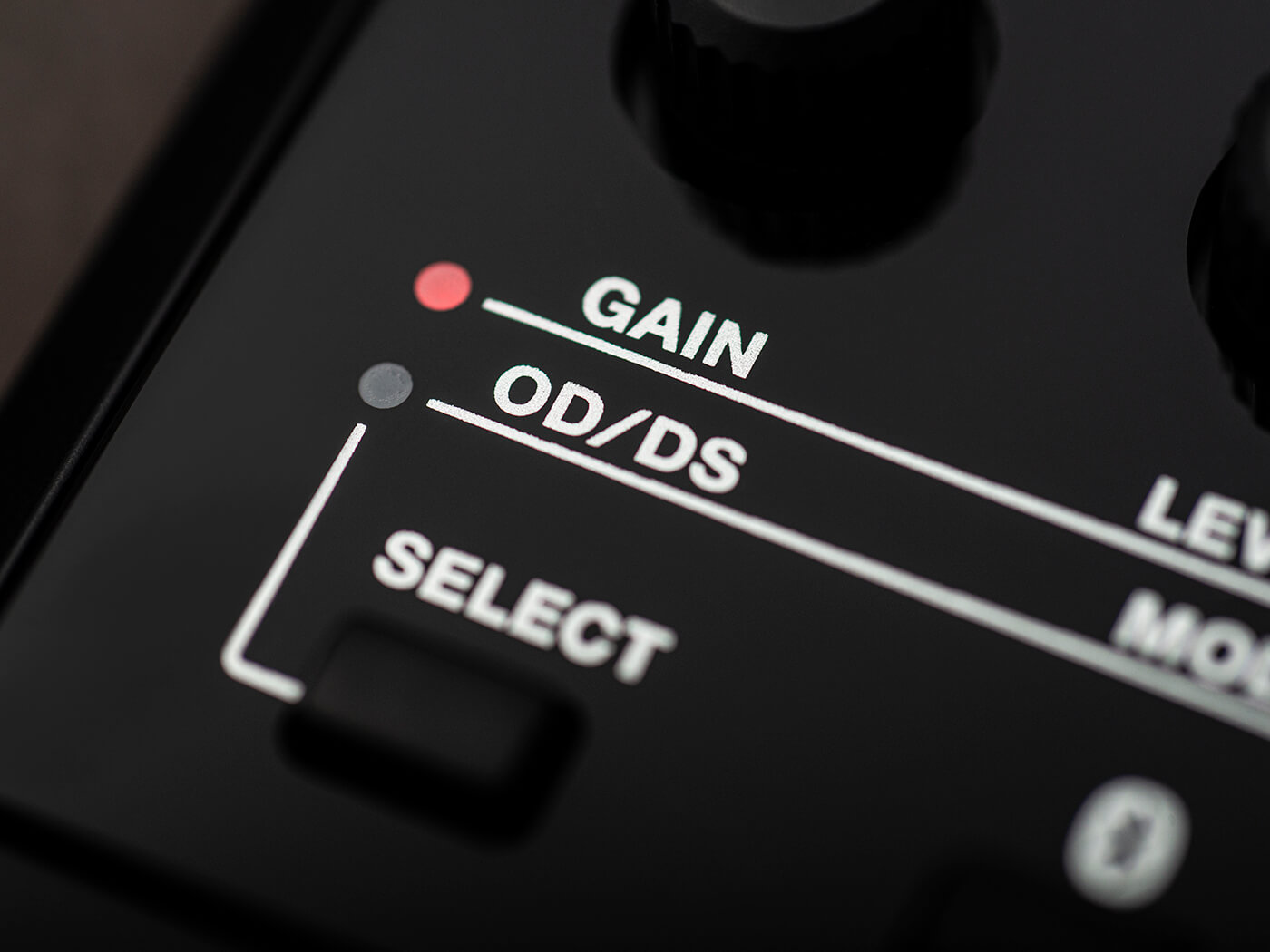 Navigation is dead simple, courtesy of a basic LED display and a ‘value’ wheel for browsing through the presets. Once you’ve found one you like, you then have the option of turning to the three dials below for limited control over six elements of the sound: amp gain, amp level, reverb, overdrive/distortion, modulation and delay. To unlock more parameters than that you’ll need to hit the Bluetooth button and spark up the Boss Tone Studio app.

There’s a rudimentary tuner onboard, and the battery should last around four hours of use before needing a recharge via the included microUSB cable. 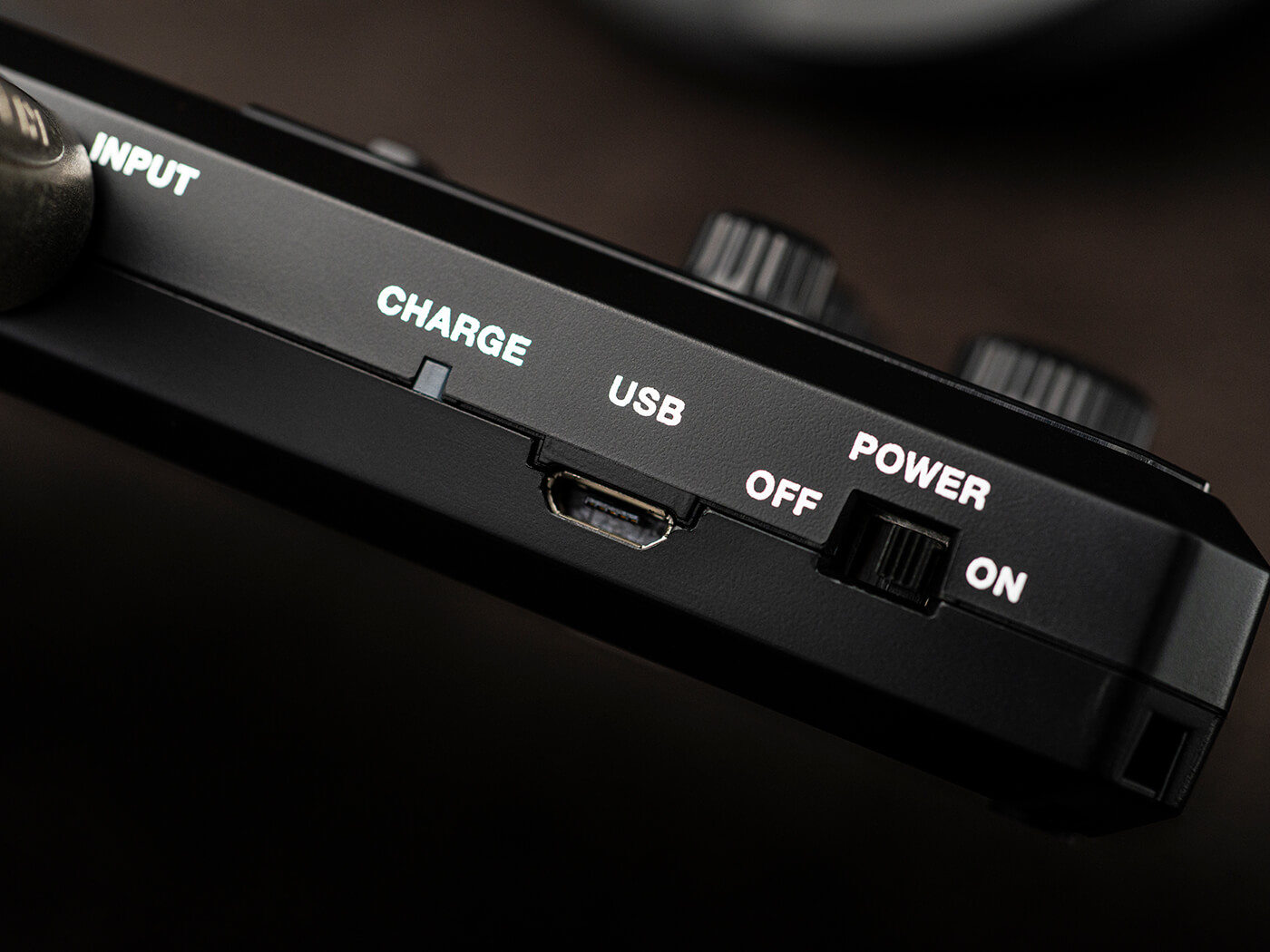 There’s really not much to say about the Pocket GT as a standalone device for practising in silence. Trying out and tweaking sounds is an idle pleasure, and the quality of those sounds is no different to what you’d get from any other Boss GT or Katana source: that is, leaning towards stadium rock but hugely varied and generally pretty good.

Where things get fiddly is in the realm of Bluetooth, because there are two separate connections involved – audio for streaming and MIDI for the app – and you have to make sure the latter is disconnected before trying to pair up the former, which can be a right faff.

Once you’re in, though, it’s no trouble to balance the levels of guitar and video, and there’s even a semi-effective ‘centre cancel’ switch that removes selected midrange frequencies from the streaming source to make extra space for your playing. We couldn’t get the forward/backward skip buttons to work with either iOS or Android, but that just left us wondering why they’re there anyway: if you’re playing along with a video, why not just use the controls of the screen you’re sitting right in front of?

This part of the Pocket GT has a whiff of gimmickry, hardly helped by the plasticky and not especially robust feel of the unit itself; but that shouldn’t detract from the simple brilliance of its core functions. 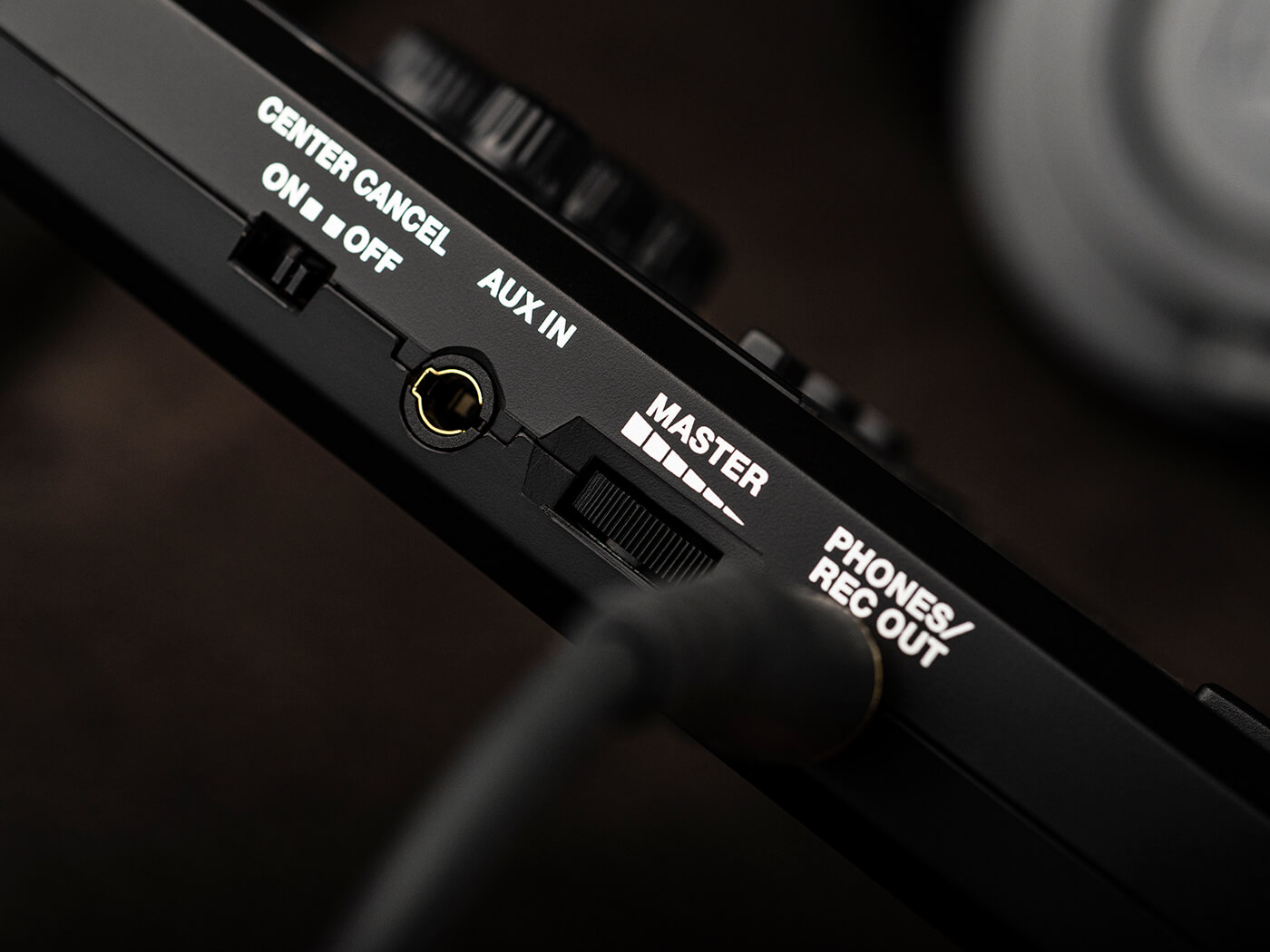