Is this achingly hip reverb unit with flying faders an extravagant gimmick or the must-have stompbox of 2021? 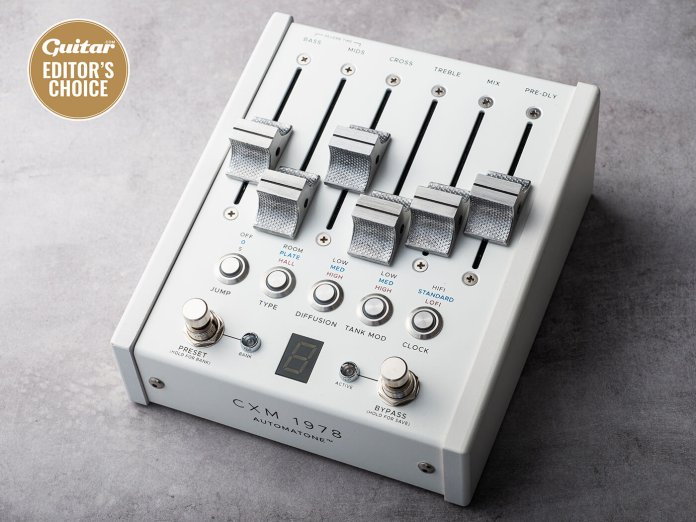 Chase Bliss Audio has been at the bleeding edge of effects pedal innovation in recent years, and 2020 saw the release of perhaps its most ambitious and striking unit to date, the Preamp MKII. A collaboration between Chase Bliss and Benson Amps, the debut Automatone pedal blended the DNA of the Benson Preamp with fuzz, resonant parametric mids from the now-discontinued Chase Bliss Condor, MIDI control, programmability and motorised faders that move automatically as you cycle through presets. For Automatone pedal number two, Chase Bliss has attempted something even more impressive and teamed up with Meris for the CXM 1978, a “modern take on vintage studio reverb.”

Why 1978? Well it’s no coincidence that 1978 was the year the legendary Lexicon 224 appeared on the scene. Designed as a space-saving modern replacement for the analogue plate, chamber and spring reverbs of the past, the 224 wasn’t the first digital reverb unit but it was the most popular with professionals, soon featuring on countless hit records and remaining a studio staple to this day. 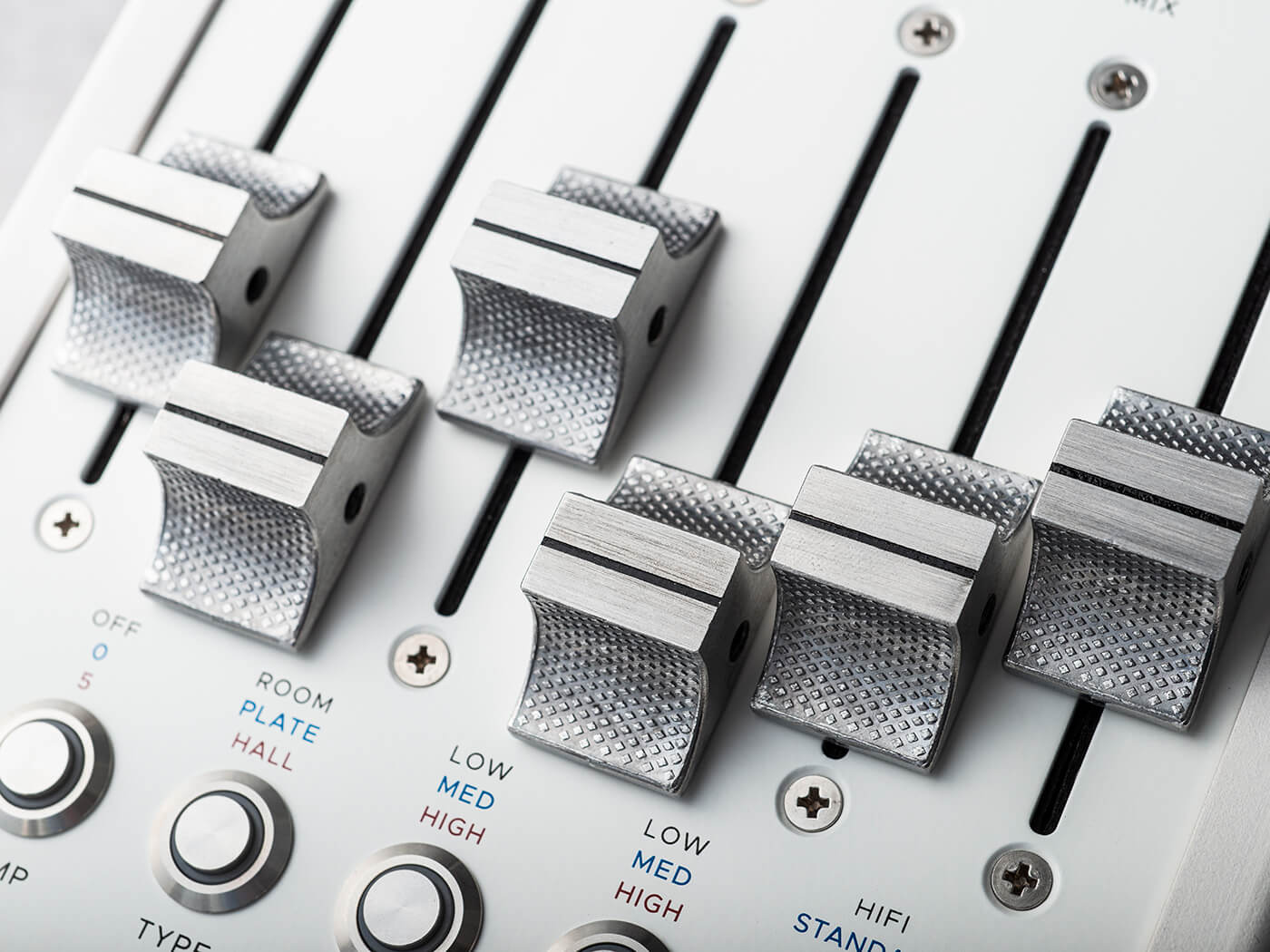 Although the heart of the Lexicon 224 is a large rack unit, its LARC controller is a white wedge-shaped remote-control box equipped with six faders. Sound familiar? However, as anyone who has used an original 224 or a modern plugin emulation will tell you, the learning curve can be rather steep. It is, therefore, with more than a little trepidation that we approach the CXM 1978, but we needn’t have worried.

There isn’t a traditional pedal potentiometer in sight, but each of the aforementioned sextet of flying faders reacts individually to either preset changes, expression pedal control, control voltage and MIDI. Switch presets and the reassuringly substantial faders will move to recall the saved position of each parameter, providing an instant visual reference and forming the basis of an intuitive user interface that’s much easier to grasp than the unit that inspired it. 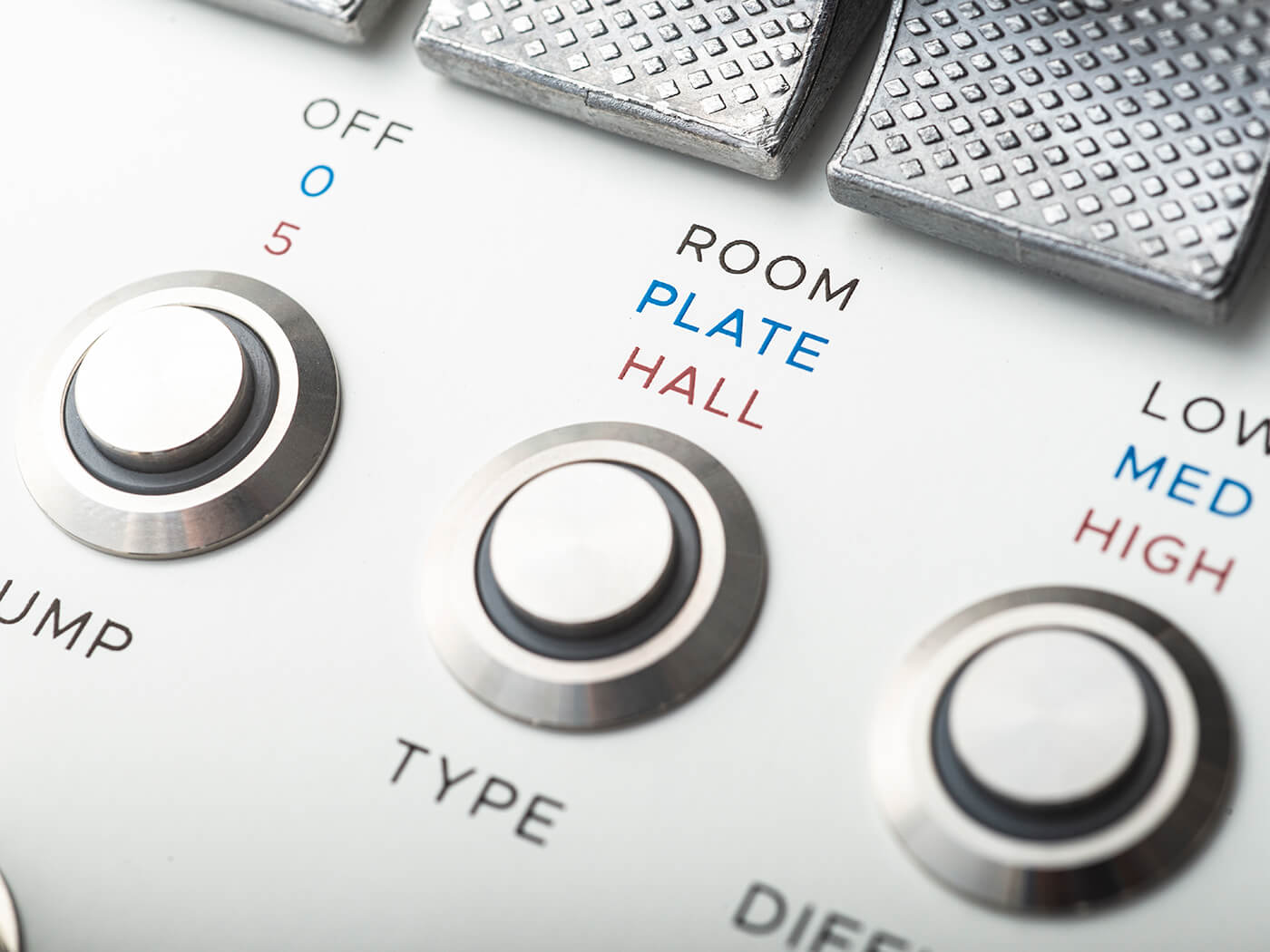 The first four faders are labelled bass, mids, cross and treble and they combine to shape the size and tone of the reverberations. The cross fader acts as a moveable frequency splitter by setting the crossover point of the bass (0-362Hz) and middle (362-1700Hz) faders, while the treble control darkens the reflections.

Pre-delay sets the delay time before the onset of the reverb in conjunction with the arcade-style ‘clock’ button below it, which defines the reverb fidelity and length of the pre-delay. Each of the three reverb fidelity settings has a unique tonal character and response, from 48kHz/32-bit input resolution in hifi mode, 24kKz/16-bit for authentic late 1970s tones in standard mode and a lo-fi mode in which the higher the pre-delay, the more the sound quality falls apart, delivering gritty, filtered reverb textures.

When it comes to the other arcade buttons, ‘jump’ lets you skip to a favourite preset and ‘type’ toggles between room, hall and plate ’verbs. ‘Diffusion’ sets the smearing of the initial note attack and, depending on the type of reverb selected, offers additional features such as “a sparse mode that surrounds the attack with a cloud of soft delay taps” when set to low diffusion in hall mode. Finally ‘tank mod’ does what it says on the tin and sets the amount of modulation in the CXM’s virtual reverb tank.

Our initial uncertainty lasts about as long as it takes to read this sentence, and with ease we’re soon creating everything from studio-grade room and plate reverbs worthy of any mix, to crunchy lo-fidelity slapbacks, dark hall pads and immersive ambient washes. It’s endlessly creative.

While pulling off that rare trick of sounding simultaneously fresh yet reassuringly familiar, the audio quality of CXM’s reverbs is stunning. Controlling the decay of frequency bands has a vivid effect on both the feel and the sense of space that surrounds your playing. And while it’s excellent in front of a single guitar amplifier in mono mode, we strongly recommend hooking up a pair of amps and experiencing this unit in stereo. We’ve simply never heard such rich depth and three-dimensional realism from a pedal reverb. 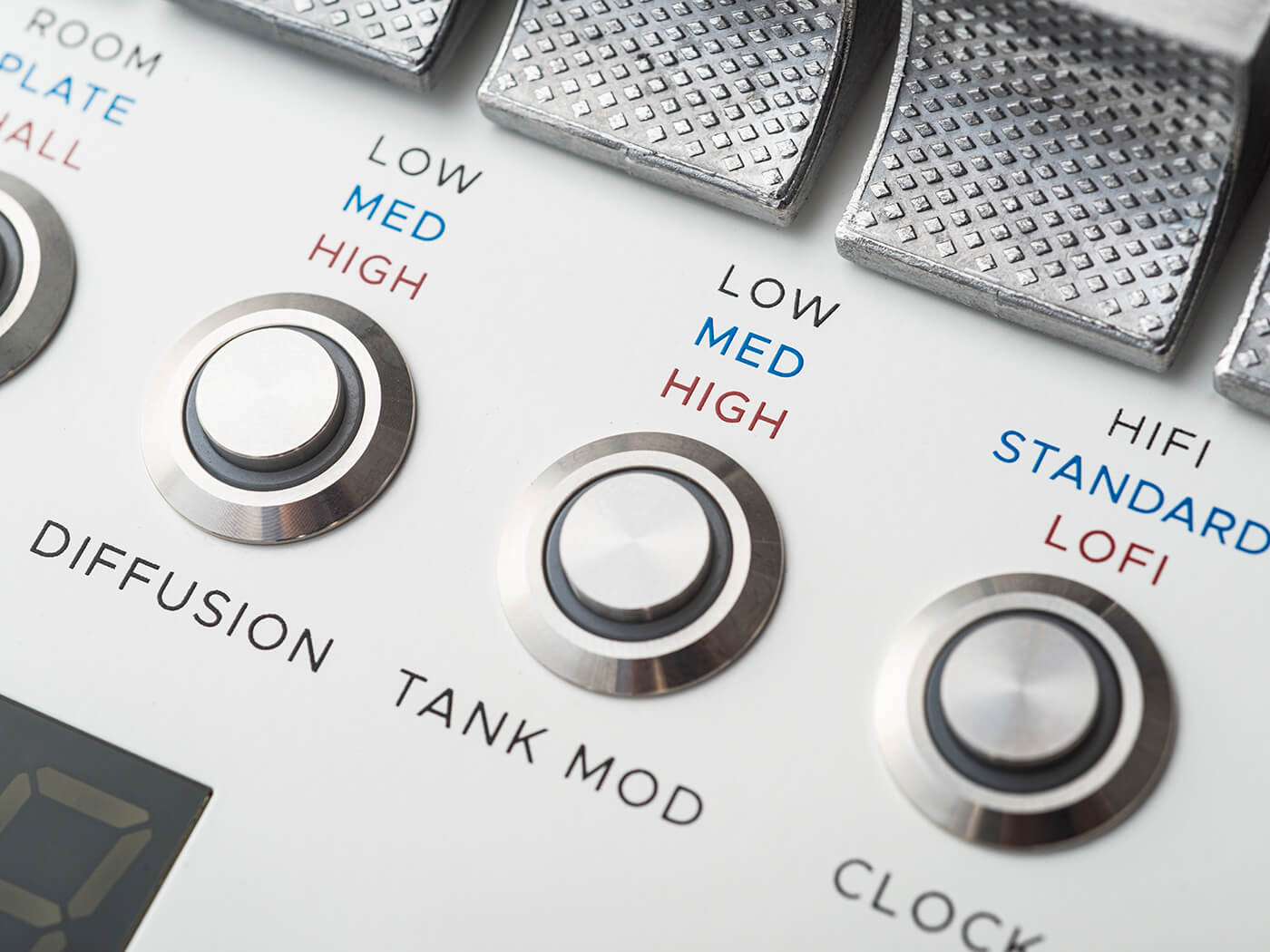 Plug in an expression pedal and it gets even better. Setting up global expression control over the reverb mix level is simple and very effective but you can get even more creative by morphing between vastly different fader positions between toe and heel down settings – with plenty of uncharted territory in the points between those extremes.

Innovation rarely comes cheap, and neither do moving parts and bespoke enclosures, but there’s no denying that the CXM represents a hefty investment. However, as well as the default unbalanced instrument level, it can be switched to balanced line level, transforming the unit into a powerful outboard processor in the studio and upping the value-for-money quotient considerably. 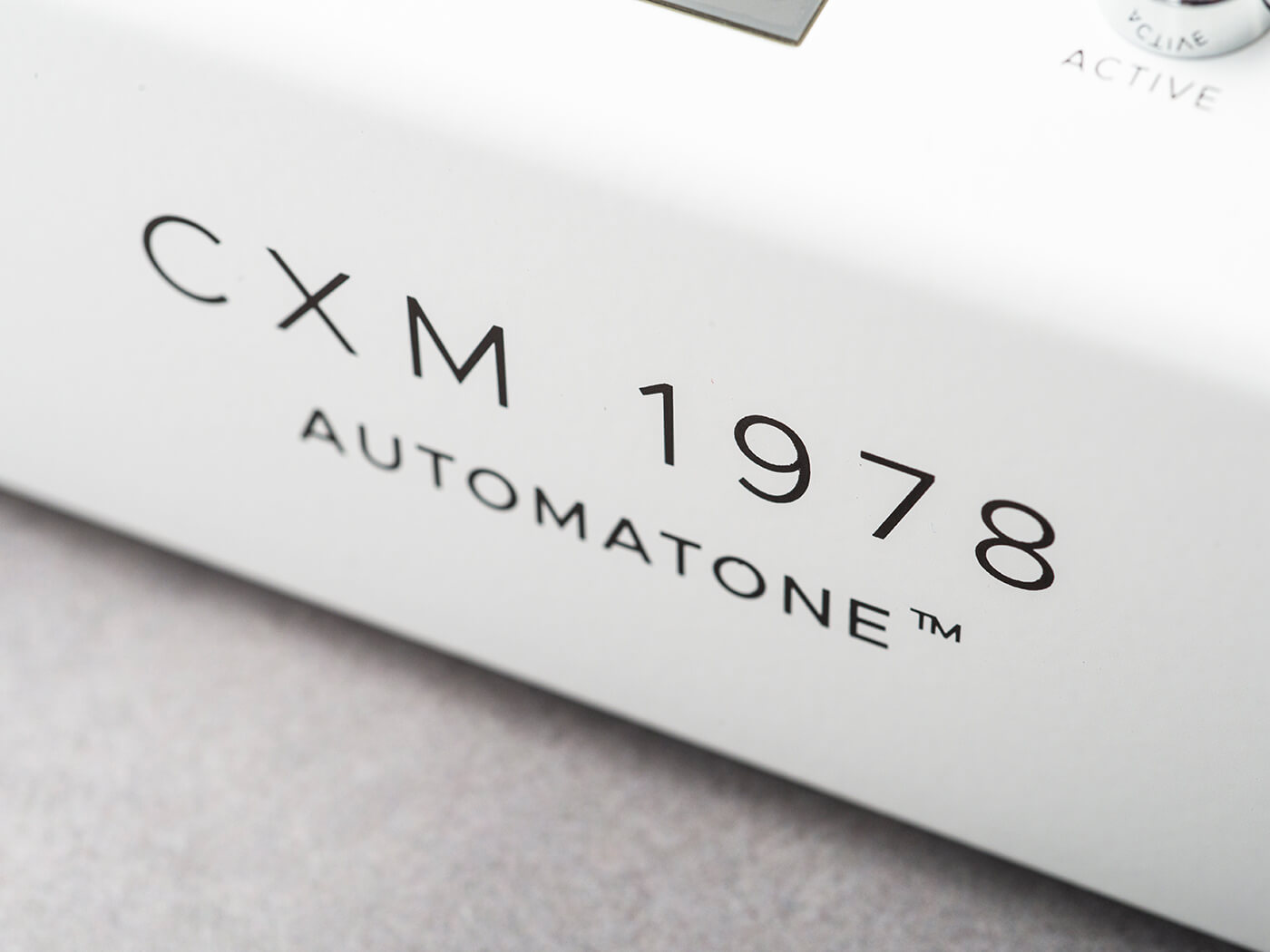 If you are thinking of splashing out on a CXM for your pedalboard and are worried about the durability of the faders, Chase Bliss claims to have tested them rigorously in real-world conditions and the company is also developing a removable cover for the fader section to keep it safe from clumsy boots.

While this unit takes inspiration from the revered Lexicon 224, it’s far from a mere clone, and Chase Bliss and Meris are to be applauded for elevating the humble reverb pedal concept to a whole new level of tonal excellence and creative potential. 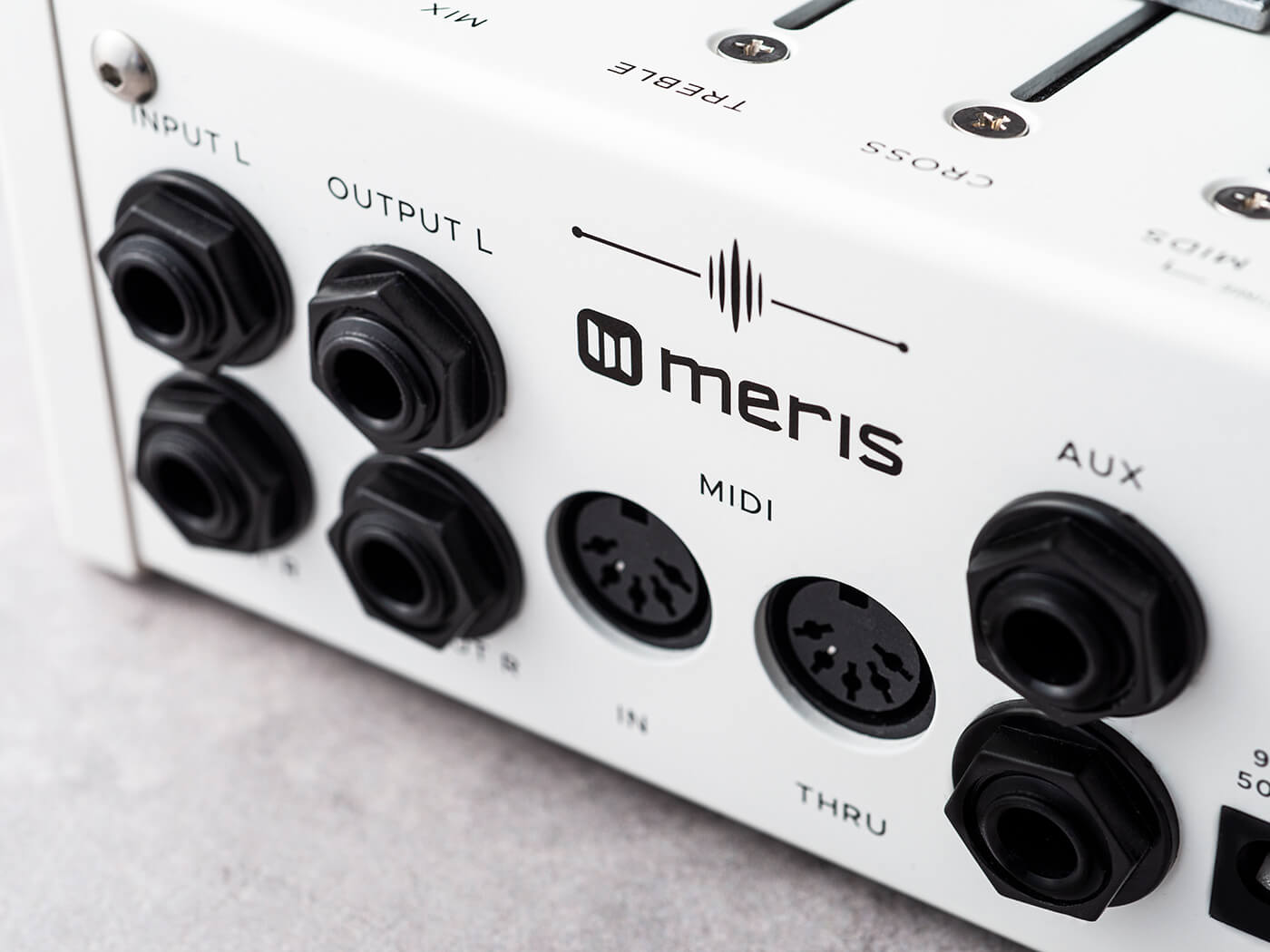