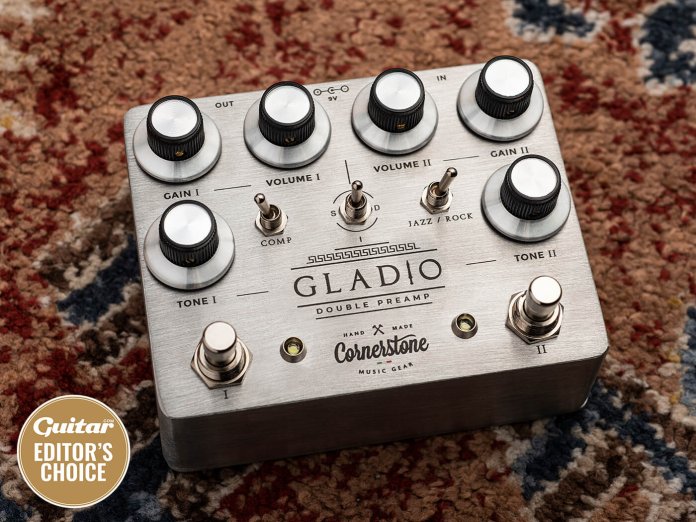 Established in 2014, Cornerstone Music Gear is a family owned business in which Italian husband and wife team Emilio and Linda Massari design, test and produce each pedal by hand to exacting standards. Taking its name from the short, double-edged sword wielded by the foot soldiers of Ancient Rome, the Gladio is a dual overdrive that’s every bit the precision-crafted item you’d expect when considering Emilio’s background in aerospace engineering.

With an existing pedal range that includes the Antique overdrive and the Zefiro optical compressor, Emilio set his sights on capturing his favourite Alexander Dumble amplifier tones in a pedal. But defining ‘Dumble tone’ isn’t as easy as you may think. SRV’s dynamic Steel String Singer sound is pretty distant from the smooth, mid-rich crunch of Robben Ford’s Overdrive Special. And though we’ve all heard the records, how many of us have actually played through a real Dumble and know what that feels like? 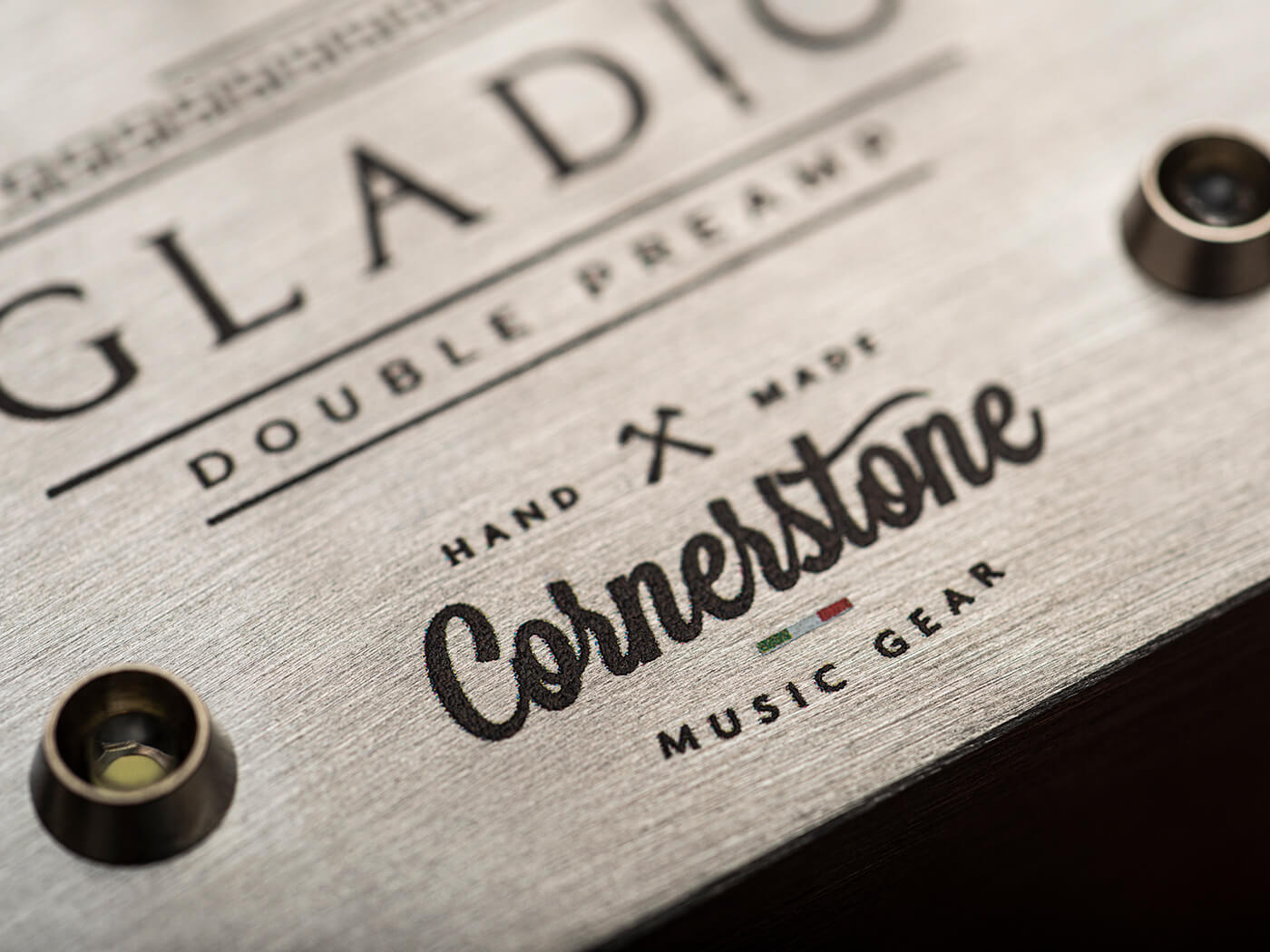 Emilio notes, “Dumble amps were made on order and tweaked to each artist’s needs; this is why Santana, Eric Johnson, Robben Ford and  SRV had totally different sounds. For this reason, it doesn’t make sense to think in terms of ‘Dumble in a box’. The only thing the makes sense is to refer to songs. Therefore, I decided to design the pedal inspired by two specific songs: Cannonball Shuffle (Robben Ford) for channel one, and Elemental Journey (Sonny Landreth) for channel two.” 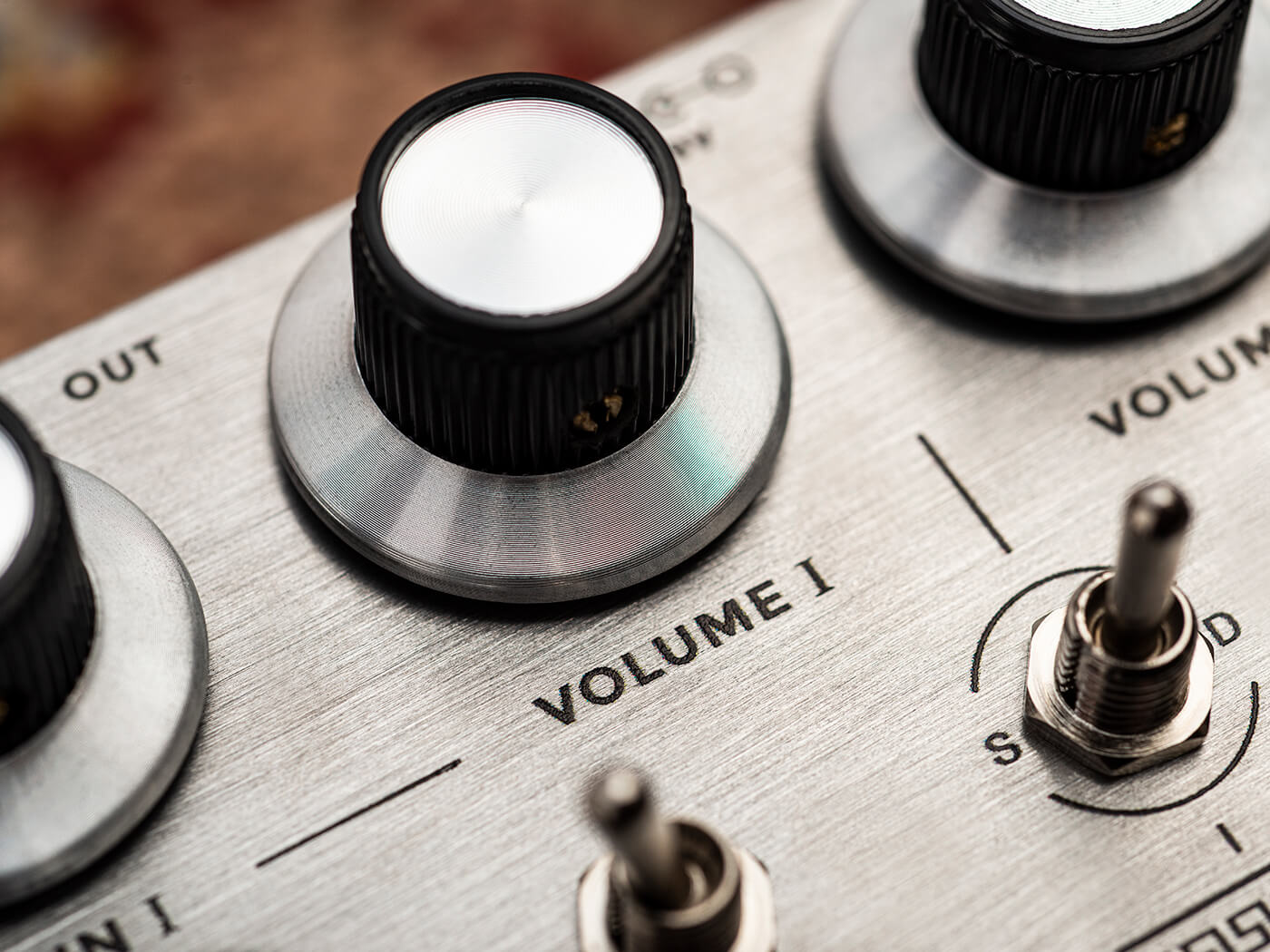 We test the Gladio with a Strat and a Goldtop through the mighty Two-Rock Bloomfield – one of our favourite modern takes on the ‘D’ sound – and also an old tweed Deluxe for contrast. Emilio recommends starting with a clean tone, so running a Strat into the Two-Rock set clean, we stomp on side one of the Gladio and we’re immediately struck both by the audacious weight of the tone, and the sheer gain and headroom available on tap.

Lower gain settings give us beautiful, blooming edge-of-breakup tones with a bold and immediate attack. There’s smooth soft clipping, huge sustain and dazzling, amp-like touch response. Up the gain you are rewarded with focused, articulate lead tones that simply roar from the speakers but flip the ‘comp’ switch if you’re seeking lower headroom and a smoother ride. 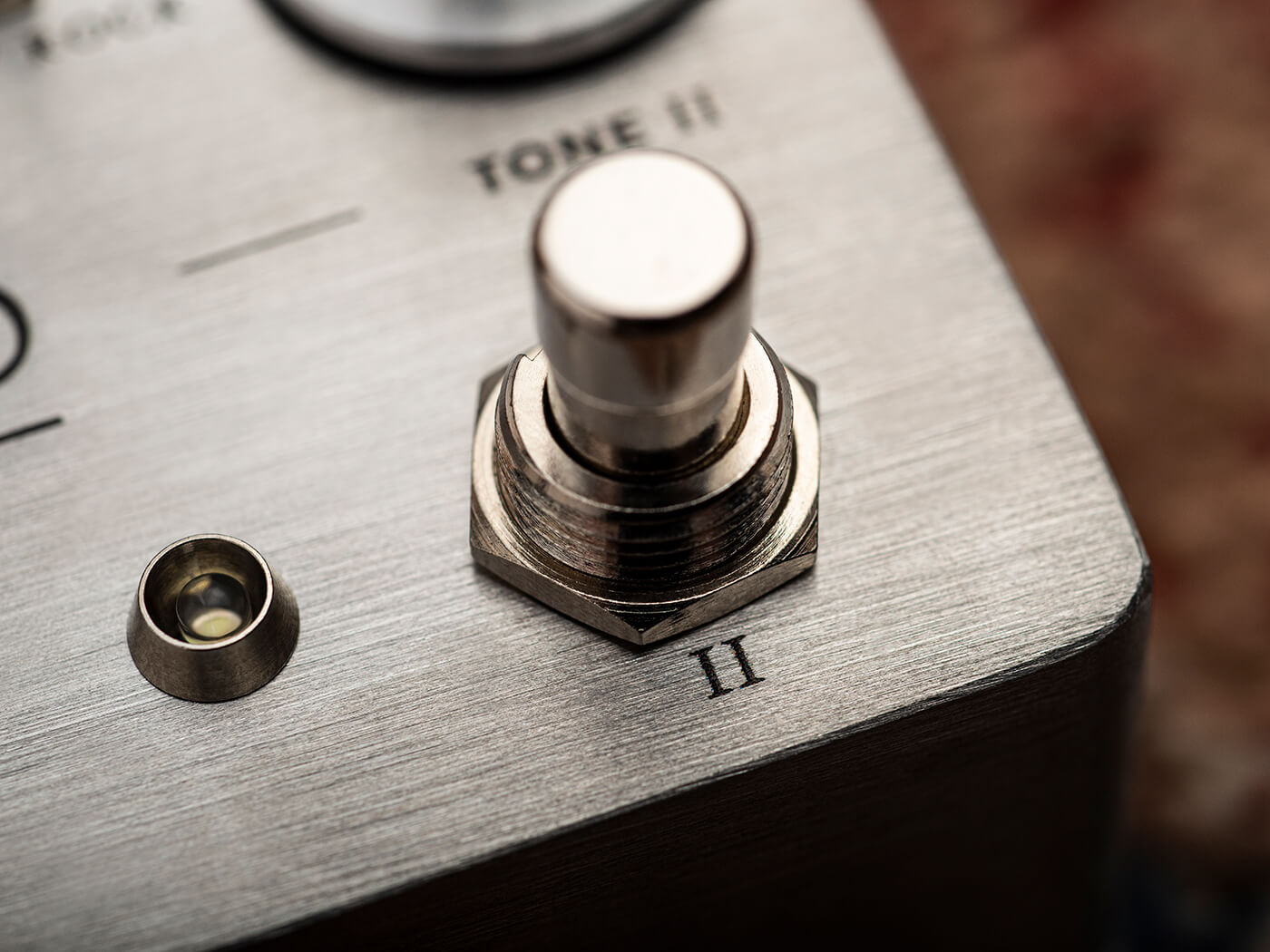 Switching to the smaller tweed amp, the tones are no less impressive and the P-90s in our Goldtop enjoy side two’s more aggressive hard clipping. The ‘jazz/rock’ switch changes the midrange voice, with the rock position particularly excelling for American-voiced slide that verges on fuzz. Switch to double mode and stack both drives to transform a vintage combo into a colossal multi-channel monster, capable of handling just about any genre.

Do you get the message that we like it yet? It’s not cheap – well, it is compared to an actual Dumble – but the Gladio’s huge, eloquent tones, precise note attack, effortless sustain and uncanny, Klon-like ability to make every amp and guitar you use with it sound bigger, clearer and better cannot fail to impress. When all this is combined with its seriously impressive build quality, we’re well and truly smitten.