Combining compression, boost and a powerful EQ section, could this unassuming grey box from Croatia be the ultimate tone-enhancer? 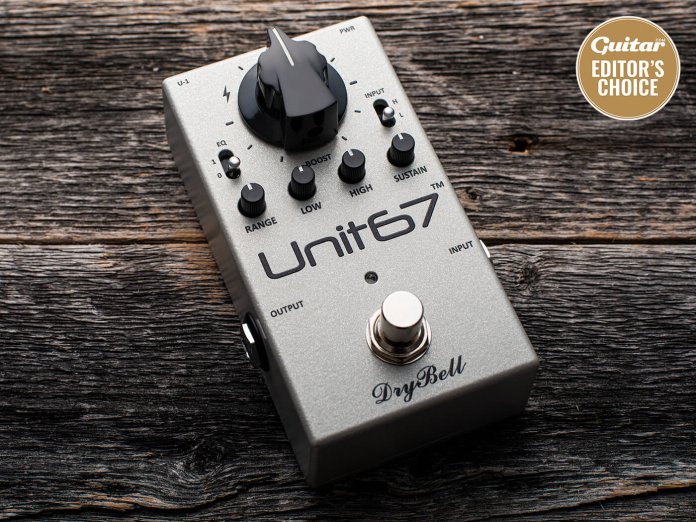 If you like your compressors simple, you might well find the array of controls across the top of the DryBell Unit67 intimidating… but there’s really no need to worry. In terms of compression, this Croatian-made pedal is a one-knob job. In fact, strictly speaking, it’s even less than that.

The thing is, what you’re also getting here is a booster and switchable EQ section, with the promise of Rangemaster-style upper-midrange shunting as well as less coloured boosts of up to 22.4dB. That’s what most of the controls are for – the only knob that affects the FET compressor is the one marked sustain, and all that’s actually doing is changing the blend between dry and squished signals.

Based on the same UA 1176 studio compressor that inspired Origin Effects’ Cali76 range of stompboxes, DryBell’s version takes things much further with these extra tone-shaping elements. The one full-size knob is for boost level; to its left is a toggle switch for bypassing the EQ section, which comprises mini-knobs to cut or boost the low and high frequencies plus that Rangemaster-summoning midrange control (which can also be cut as well as boosted). 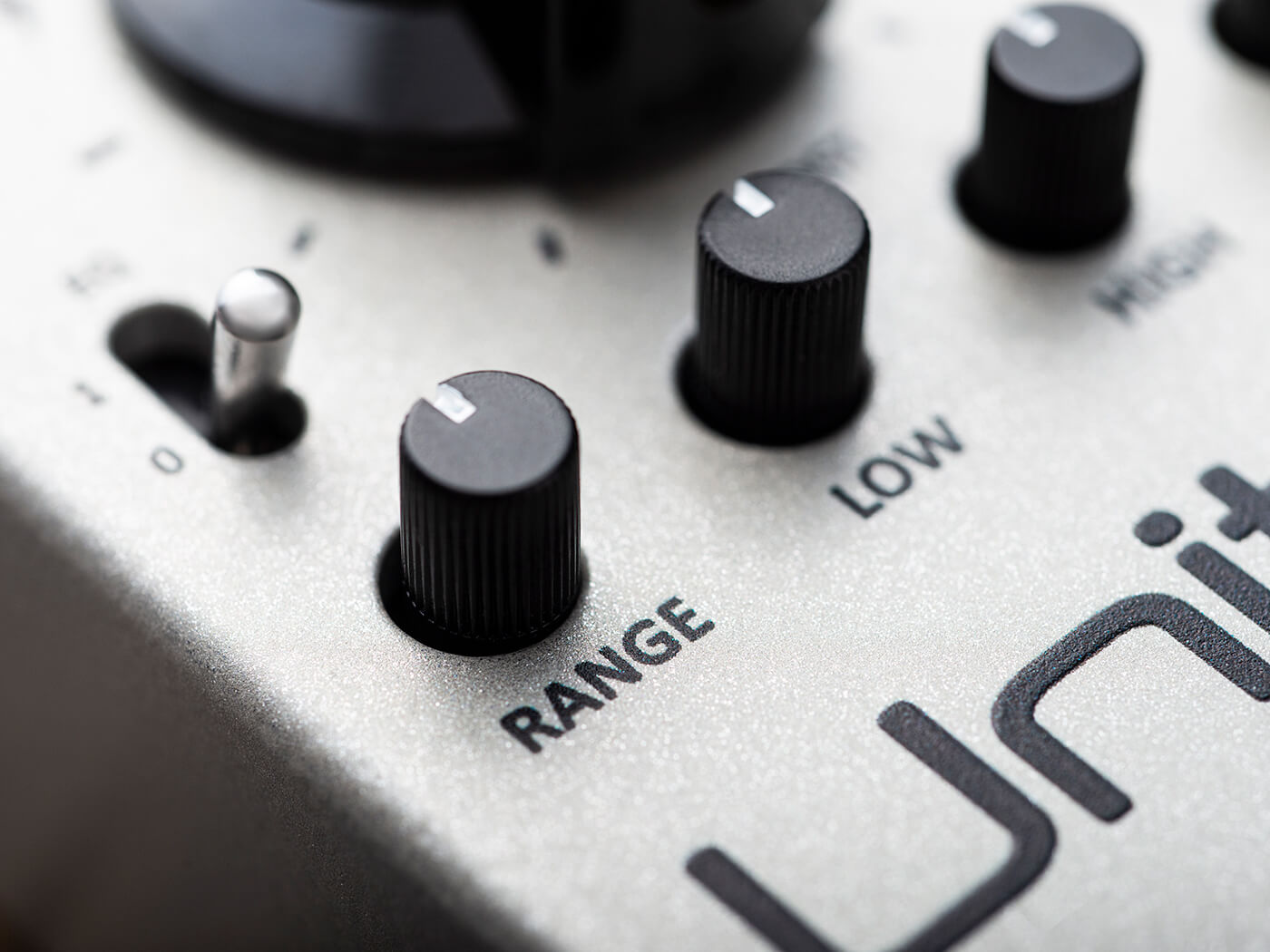 The compressor, then, has all its key variables fixed at the factory, but there is one way to tweak its input gain and threshold: the high/low input switch at the top-right, which has been included to create some extra headroom for extra-beefy pickups.

We refuse to let go of the idea that this is primarily a compressor, so we’ll begin our testing with the tone controls bypassed and the boost knob pointing at the lightning flash that represents unity gain.

With sustain set to maximum, this is not one of those subtle compressors where you find yourself glancing furtively at the LED to check it’s on. Strummed chords have their transients ruthlessly crushed, replaced by seemingly eternal sustain, while single notes are sweetly thickened and get just a hint of a thump to the attack. 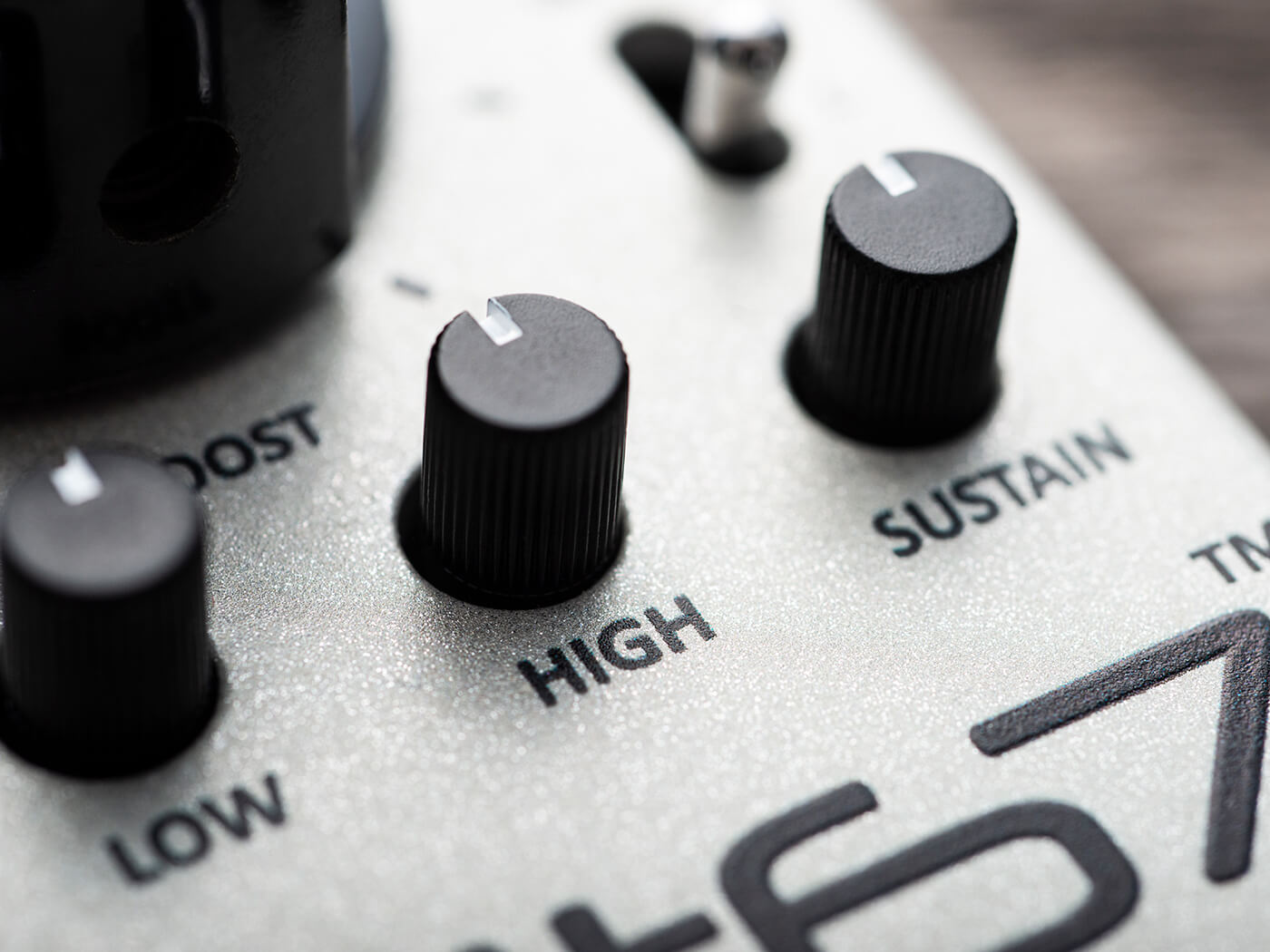 For spiky single-coils this could be just the job, but we find ourselves pining for lost treble content – and luckily, at least some of it is easily recovered by dialling down the blend to halfway, which also makes the compression feel a lot more restrained and natural.

To really shape our newly smoothed-out tone, though, we need to wake up the EQ section. As with DryBell’s wondrous Marshall-and-Rangemaster-in-a-box pedal, The Engine, there’s bags of power available at both ends of the frequency spectrum but the midrange control is the real star. It goes from a gently glassy scoop at one end of the dial to full-on honky rage at the other; used as part of a three-way tonestack, this opens up all sorts of voicing options for the boost.

This last part of the circuit is described as a ‘semi-clean’ boost – it starts out as an uncoloured level-lifter but begins to roll off a little top and bottom beyond one o’clock to keep things tight and focused. There’s no arguing with the results: like every other aspect of this small but undeniably pricey unit, it does exactly what it’s supposed to do with supreme assurance. 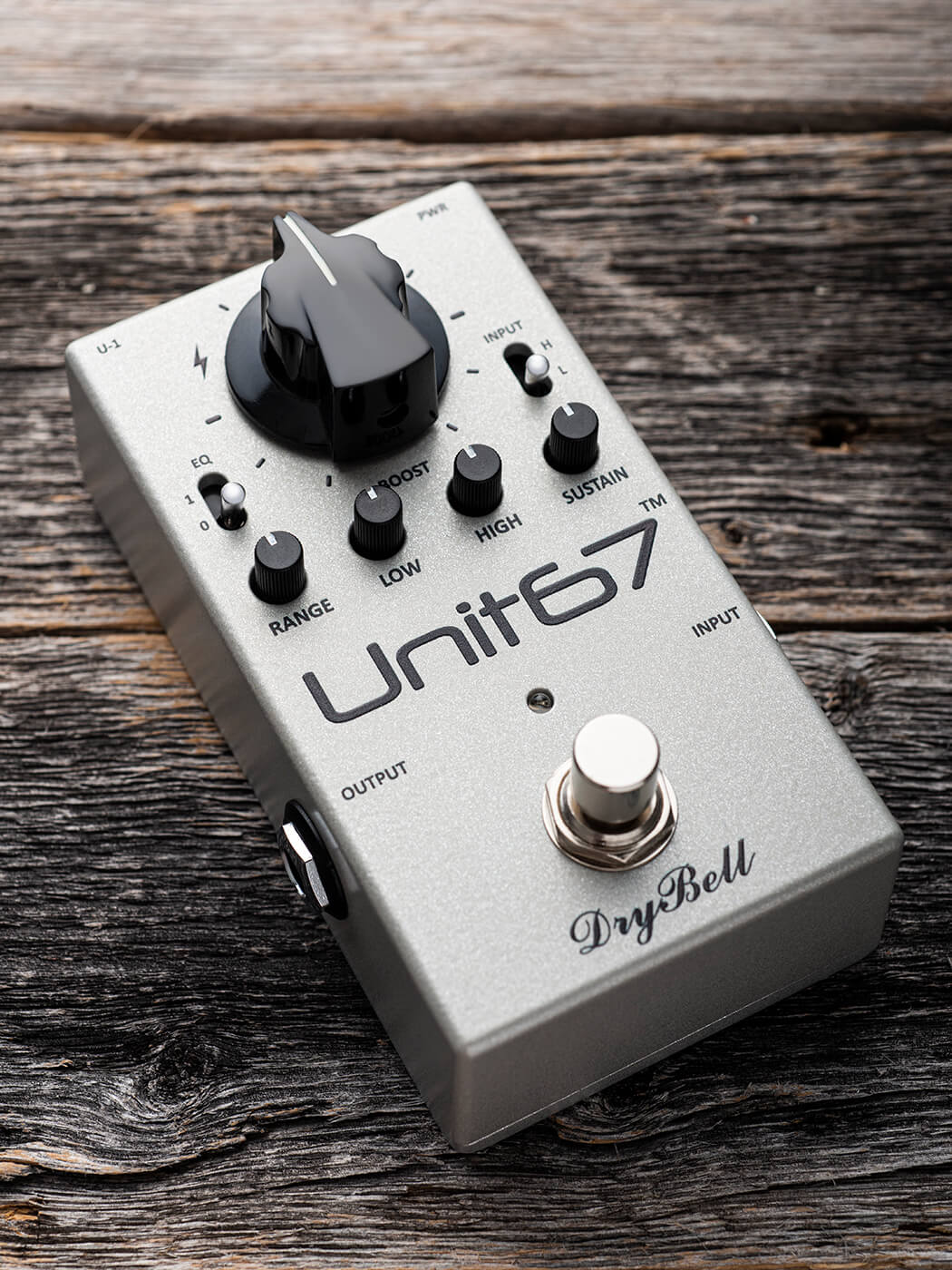