We like Electro-Harmonix pedals best when they’re a bit extreme… so how about a furious filth-generator with radical tone-sculpting options and a digital delay with 16-minute looping? 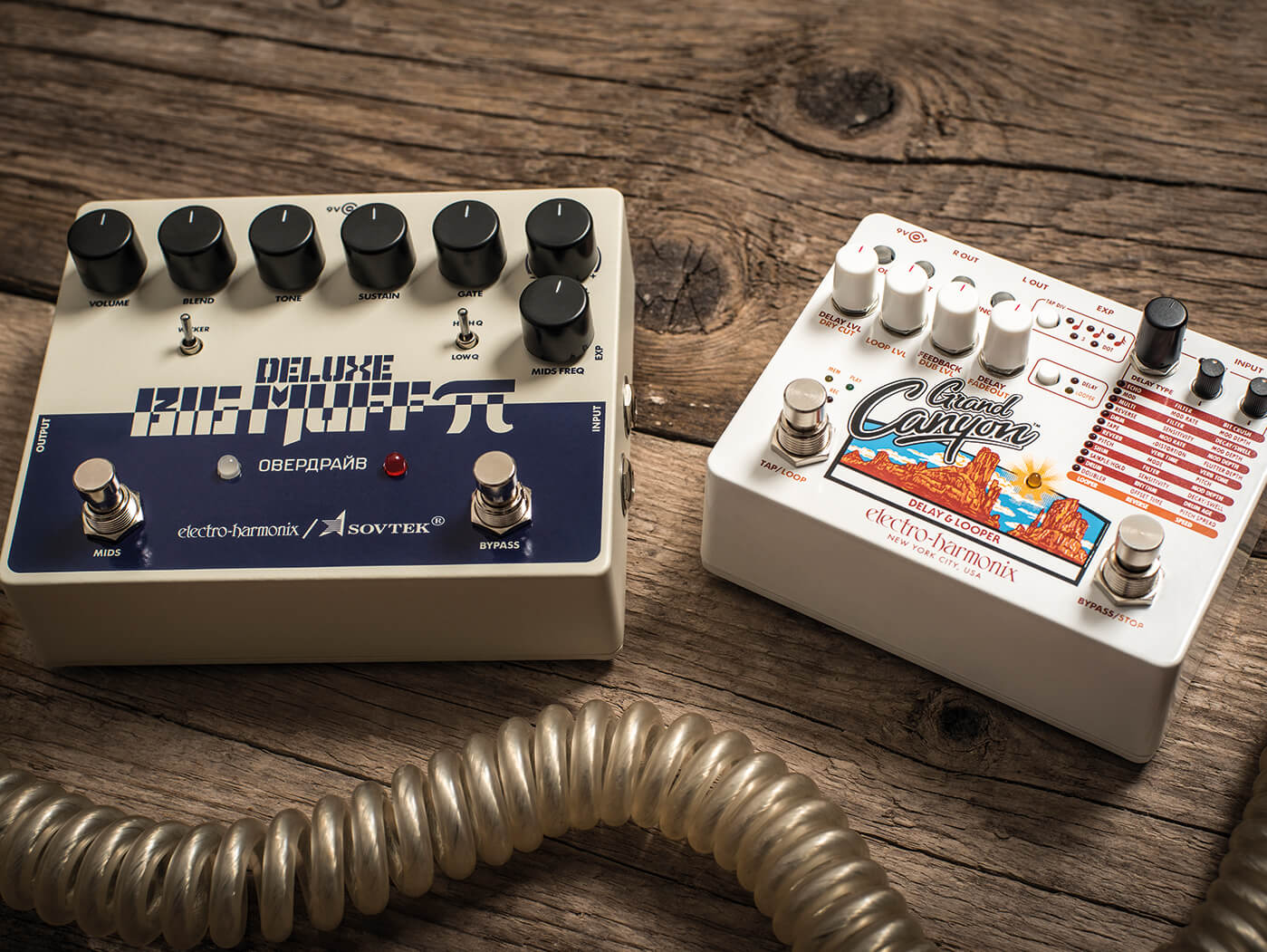 Some of us are old and deaf enough to remember when Electro-Harmonix was an underdog, known for its crazy-haired boss and small range of quirky pedals. Although Mike Matthews grows ever more hirsute, you’d be pushing it to call today’s EHX operation an indie. This underdog is threatening to take over the yard.

EHX has embraced digital processing, while continuing to expand on its unique analogue heritage, and the result is a product list that now takes half a day to scroll through. Here are two of the latest additions: a multi-mode digital delay and looper, and yet another variant on the legendary Big Muff Pi.

Muff culture is a world unto itself, going back to 1969 and almost 20 different versions in the current range. This one is based on the Russian-made ‘Civil War’ Big Muff of the early 90s, so nicknamed because of its blue/grey colour scheme. Mind you, this isn’t the grey of a Confederate soldier’s uniform – more like the beige-y hue of the corridors in a Moscow tower block.

While the Civil War model predates the more famous green Russian Muffs, it’s known for the same sound: less sweet and more snarly than its American cousins. As you can probably tell by all the extra knobs, though, this is no mere reissue. It’s a Russian-voiced equivalent to the black Deluxe Big Muff Pi, with the same footswitchable mids circuit, only the boost option here is for treble instead of bass and the attack control is replaced by a simple bypass-blending dial. 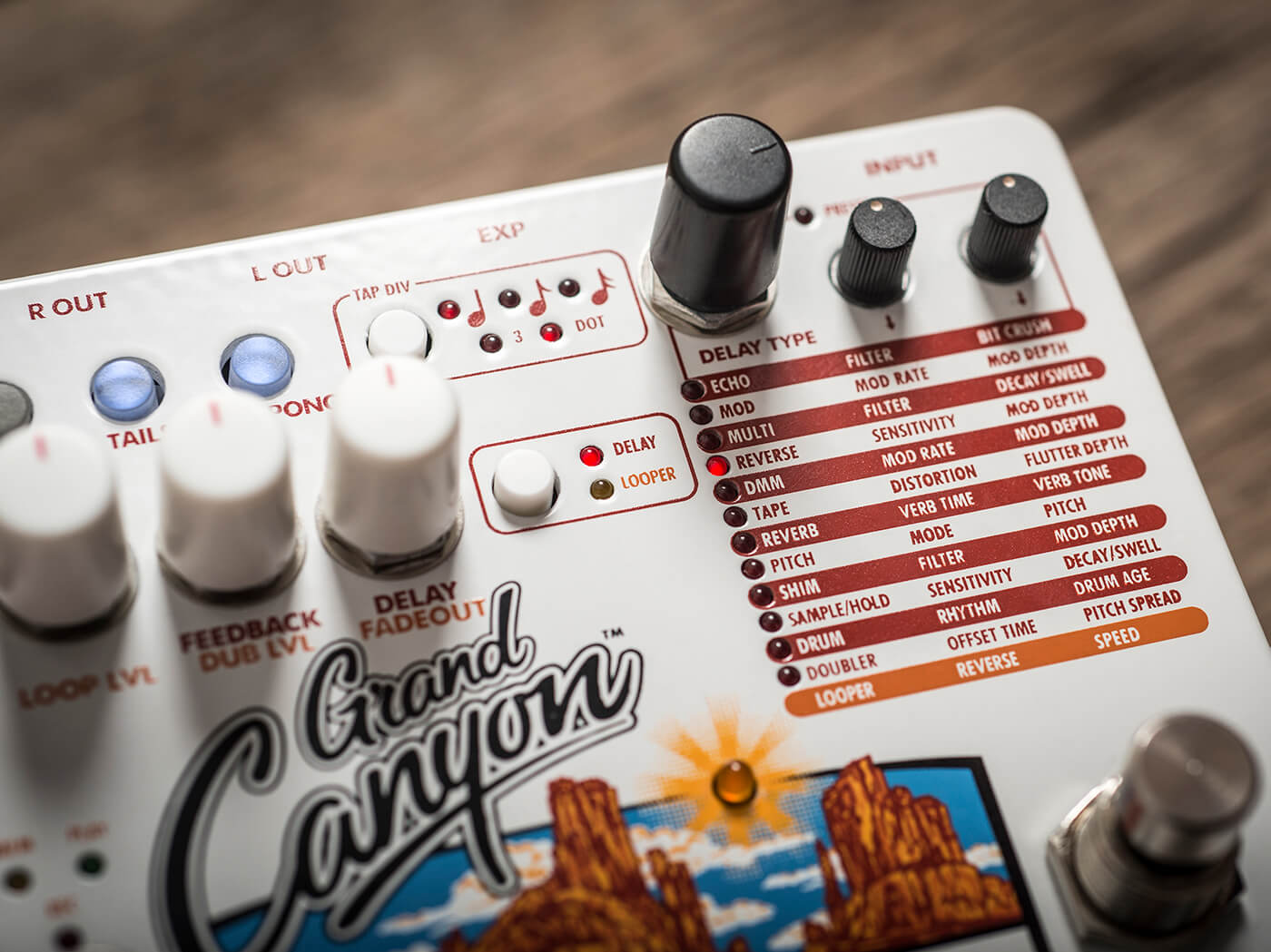 The story behind the Grand Canyon is more straightforward. Well, when you already have a pedal called the Canyon, how many meetings does it take to come up with a name for a slightly bigger version? It remains a digital delay with various modes to flip between, including a looper, and up to three seconds of delay; but while this is still a small unit, EHX has crammed in a preposterous amount of functionality.

Most crucially, you can record loops with delay applied rather than having to select one or the other. You also get stereo outputs with a ping-pong option and a couple of extra delay models (drum and doubler), while increased parameter control means ‘octave’ now becomes a more flexible ‘pitch’ mode. Plus the maximum loop time goes up from 62 seconds to a frightening 16 minutes.

Has anyone ever used a Muff with the sustain control set below 10 o’clock? It feels like driving a Jaguar up the M1 in third gear… and you’ll forgive us if we don’t stay in the slow lane very long, because this really is a roaring beast of a stompbox. No matter how many variants there may be, we always expect the same core quality from any pedal bearing that pi symbol: ultra-smooth, ultra-rich distortion on an absolutely massive scale. And the Sovtek Deluxe Big Muff Pi delivers. 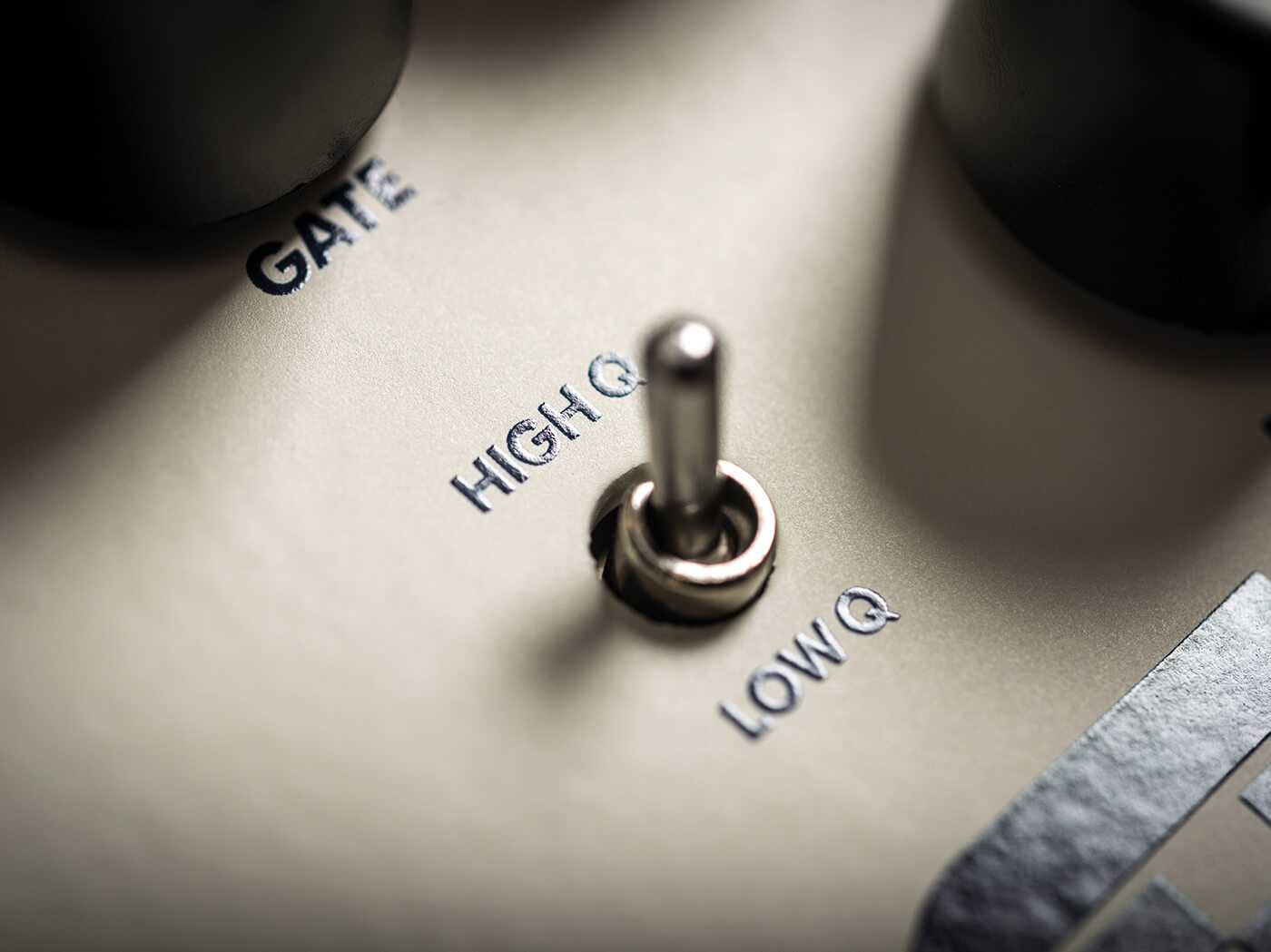 The difference in tonality between this and a standard silver Muff is quite stark. After the the syrupy boop-boop of the ‘classic’ pedal, the Sovtek’s Russian accent barks out with a whole lot more grind. Yet while it’s more aggressive, it’s no less addictively easy on the ear – and that remains the case when we start messing with those extra controls.

Stomp on the mids switch and the controls on the right will now let you cut or boost pretty much any midrange frequencies you fancy. Here’s where an expression pedal comes in spectacularly handy: with mids boosted, you’ve effectively got a fuzzy wah with adjustable voicing; with mids cut, the effect is more phaser-like and arguably even cooler. Cleverly, plugging in an expression pedal doesn’t take the mids frequency control right out of the circuit – it now sets the upper limit of the sweep, which is hugely useful. 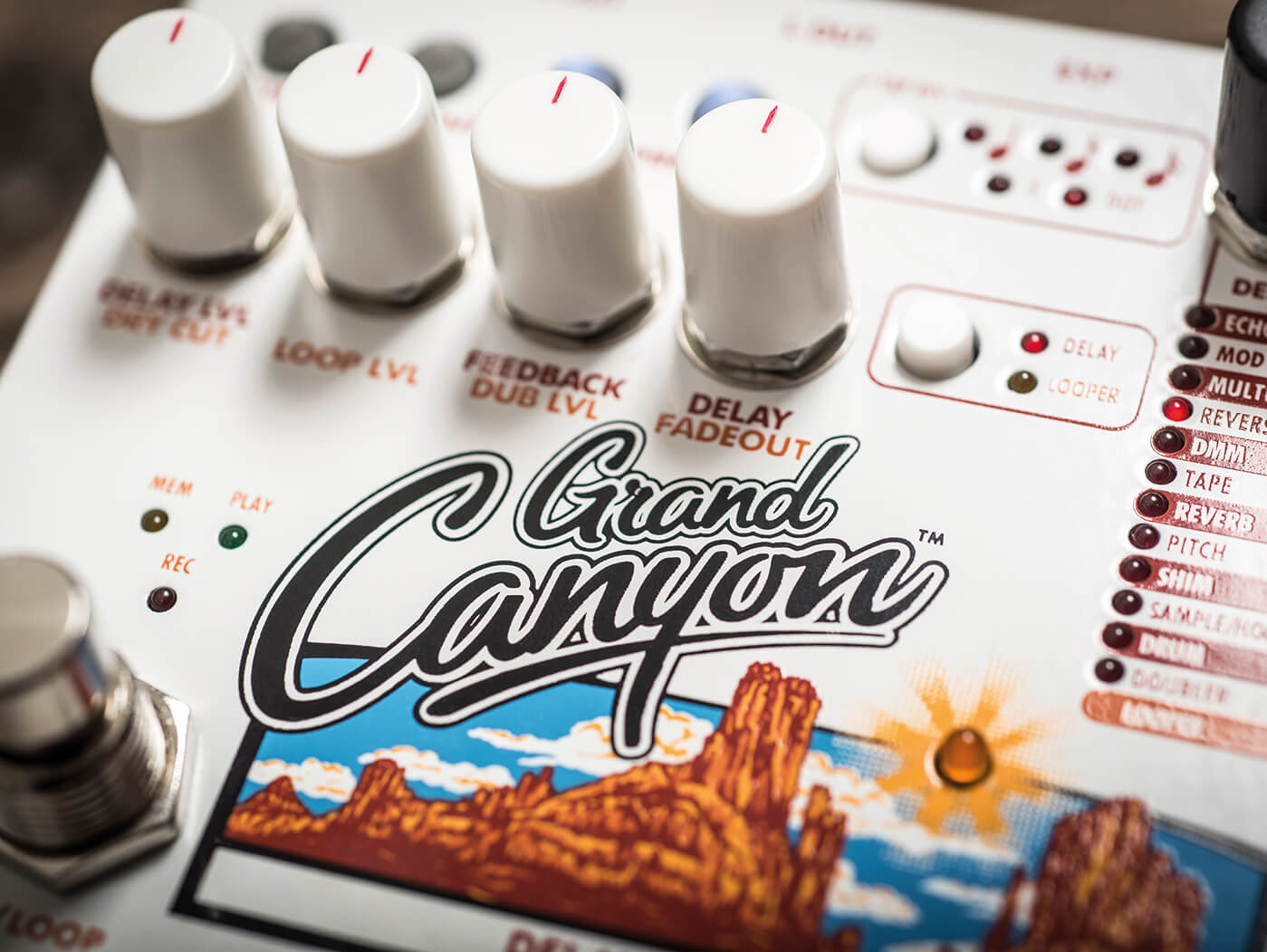 After a quick break to let the tinnitus subside, we turn to the Grand Canyon. With its 12 delay modes plus looper, each with its own parameters adjusted by the two mini knobs at top-right, this is one complex little unit. Getting started is easy enough, though: use the big black knob to flip between modes and the white dials on the left for control of the basics.

The quality of these delays is just as good as we’ve come to expect in 2019. ‘Tape’ does the wobbly thing in fine style, ‘reverse’ makes a decent stab at responding to your playing to avoid glitchy cutoffs and ‘DMM’ sounds a lot like a real Deluxe Memory Man, but without the scratchy noises. The Echorec-inspired multi-head drum setting is a worthy addition, while the pitch and shimmer modes are suitably ethereal, especially in stereo.

Setting up a new loop is also simple, and it’s nice to know you’re pretty much never going to run out of recording time. But it’s round about now that we realise we’ve drifted into the more complex capabilities of this device: editable presets, programmable expression-pedal settings, multi-function buttons and footswitches and a ‘hidden’ secondary mode that only applies to the pitch and drum delays. It’s impressive that EHX’s designers have managed to squeeze so many features into such a pedalboard-friendly enclosure; but the multi-function controls can get confusing, the knobs and buttons are tiny and cramped, and the text on the right-hand panel can only be read by wasps. It’s a fun-packed pedal alright, but maybe a larger format and even an LCD screen would have made this Canyon easier to cross. 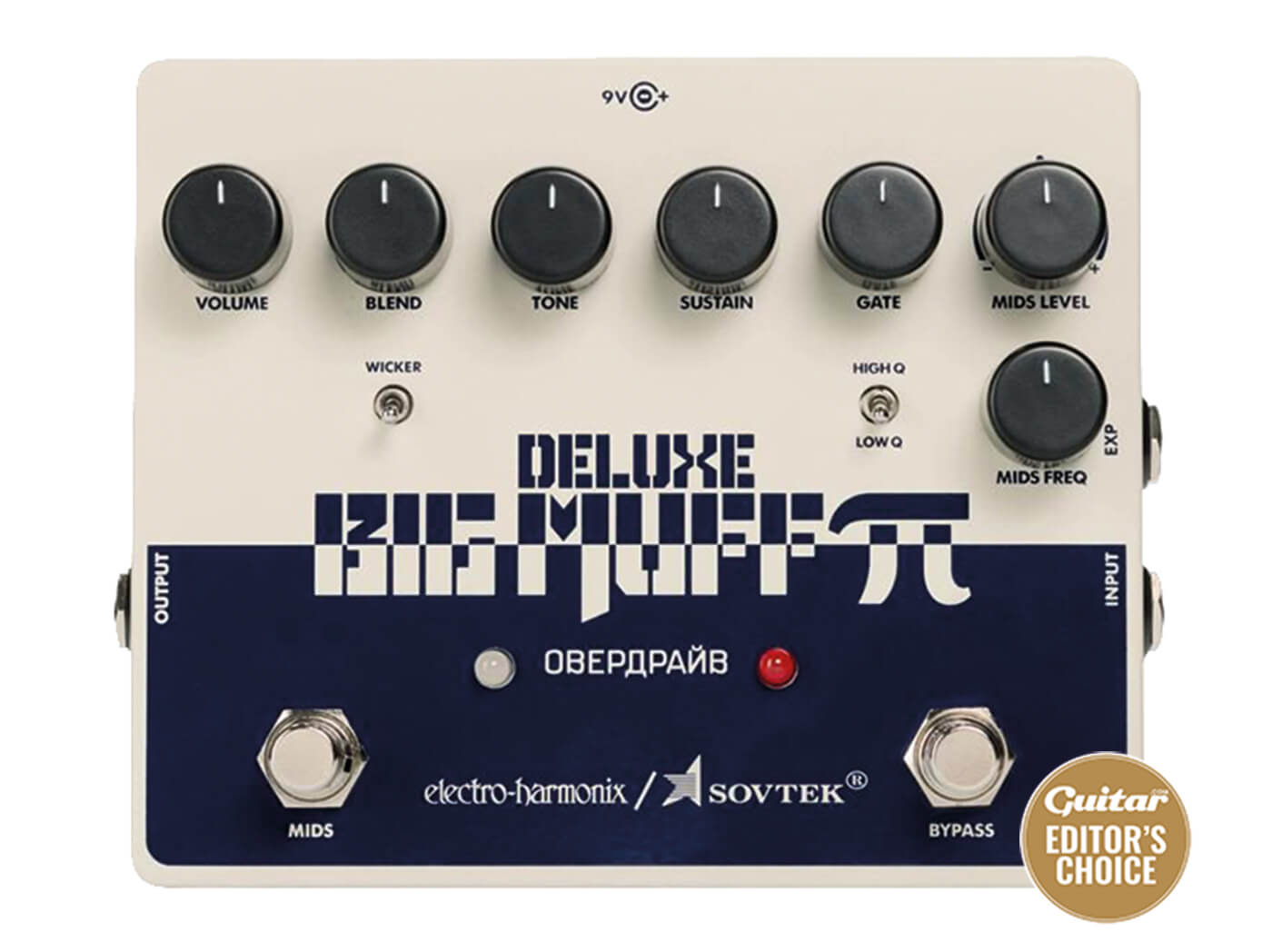 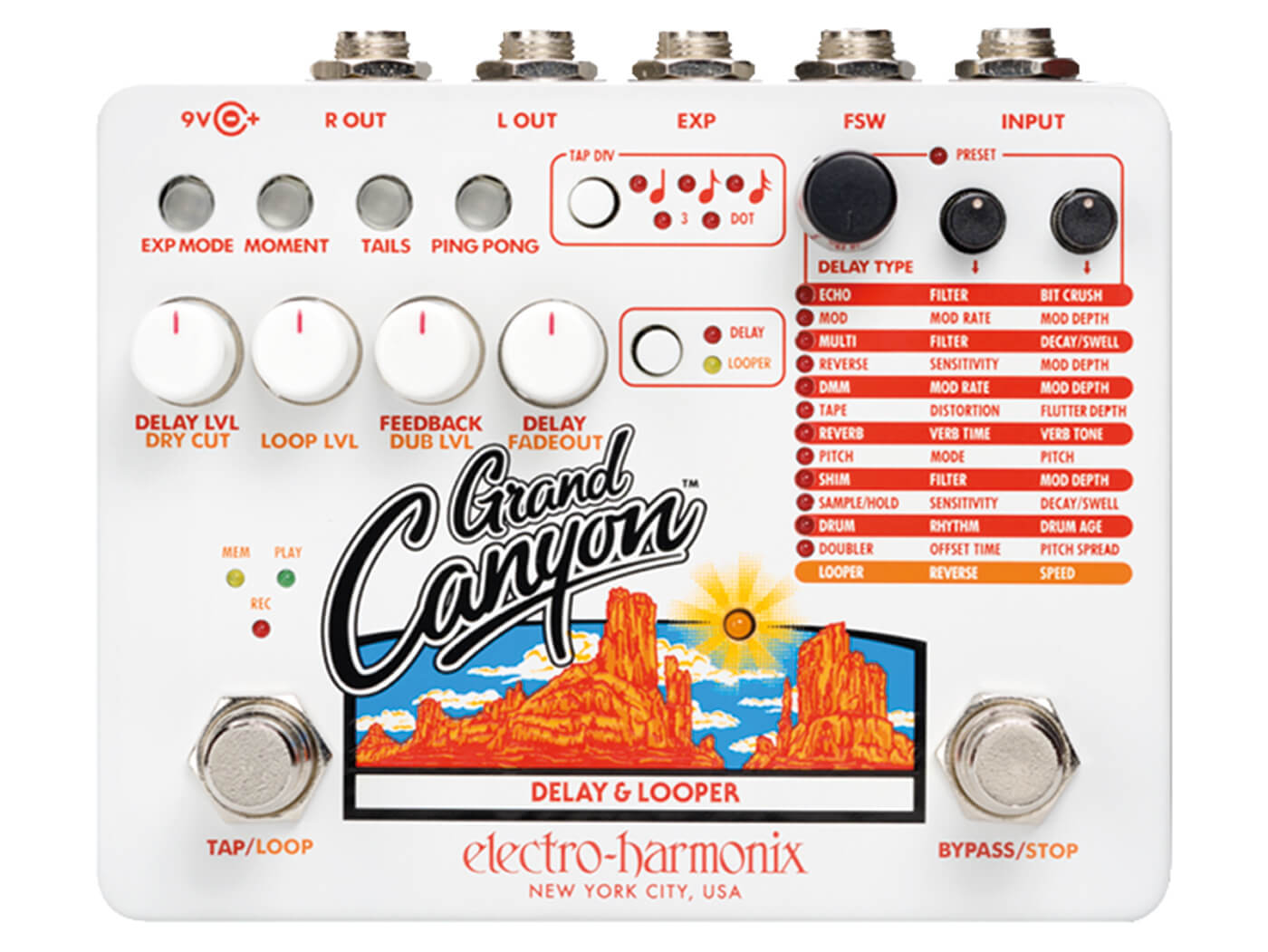