We take a look at the Fender Reflecting Pool, MTG:LA, Trapper, Compugilist, Smolder & Pour Over. 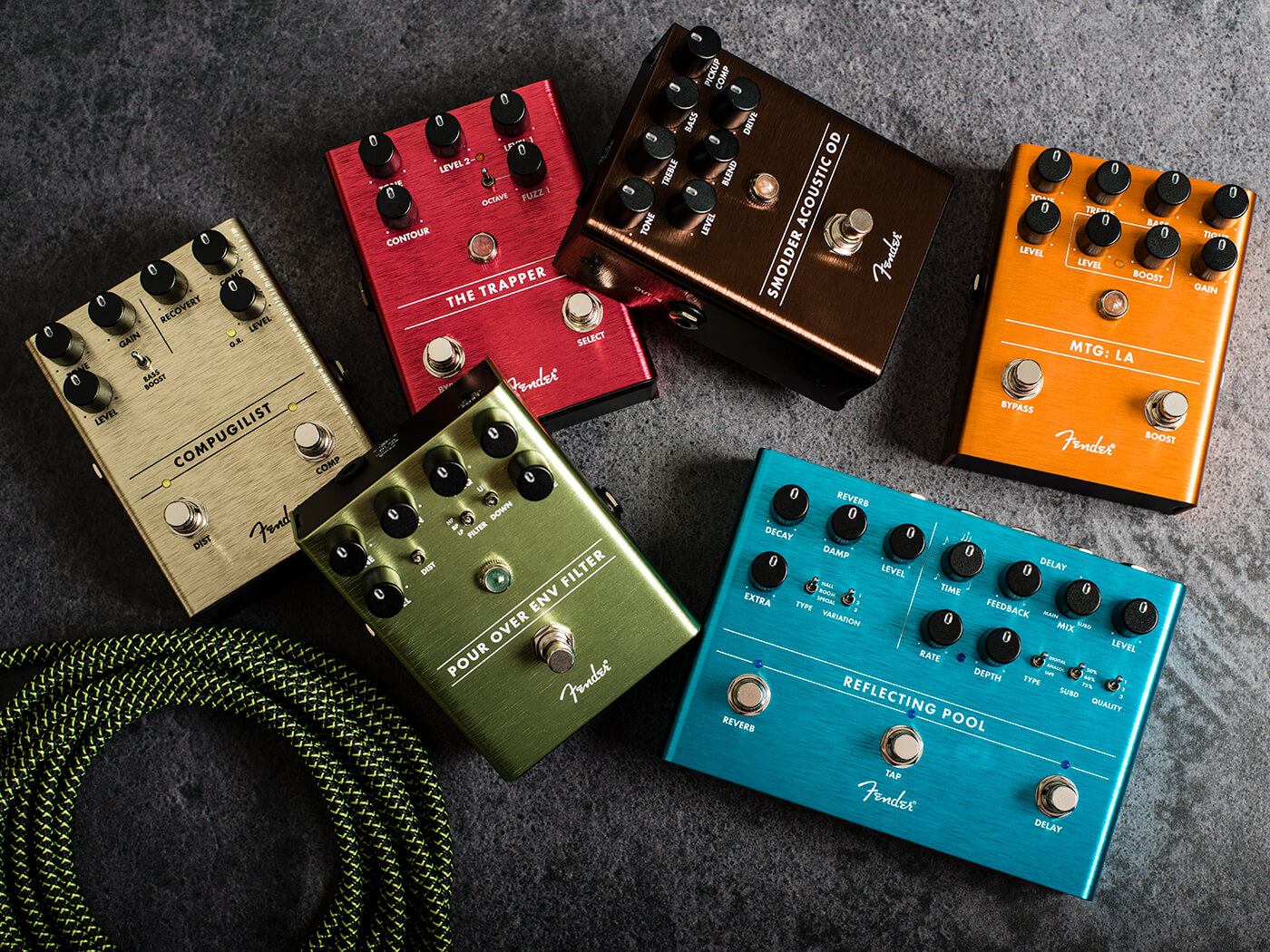 It’s two years since Fender surprised many at the 2018 NAMM show by announcing a bold new approach to the business of effects pedals – namely, making seriously good ones. That launch line-up of six stompboxes has now grown to 21, and the latest batch is as diverse in function as they are in the colours of their brushed metal enclosures.

The real eye-catcher here is the suitably aquatic-looking Reflecting Pool, a combined delay and reverb pedal with the kind of multi-mode digital flexibility familiar to fans of Strymon and Line 6. This is the first of the new Fender pedals to break the £200 barrier, which makes it a bit of a big deal… but that’s not to say we’re any less intrigued by the other five.

In a contrasting jacket of fiery orange sits the MTG: LA, a variant of the valve-powered MTG Tube Distortion with a more American sound than the Marshall-leaning original. Then there’s the Trapper, a dual fuzz with some octave and gating tricks; and the Compugilist, whose name makes a lot more sense once you realise it’s a two-in-one pedal based on the Bends compressor and Pugilist distortion. 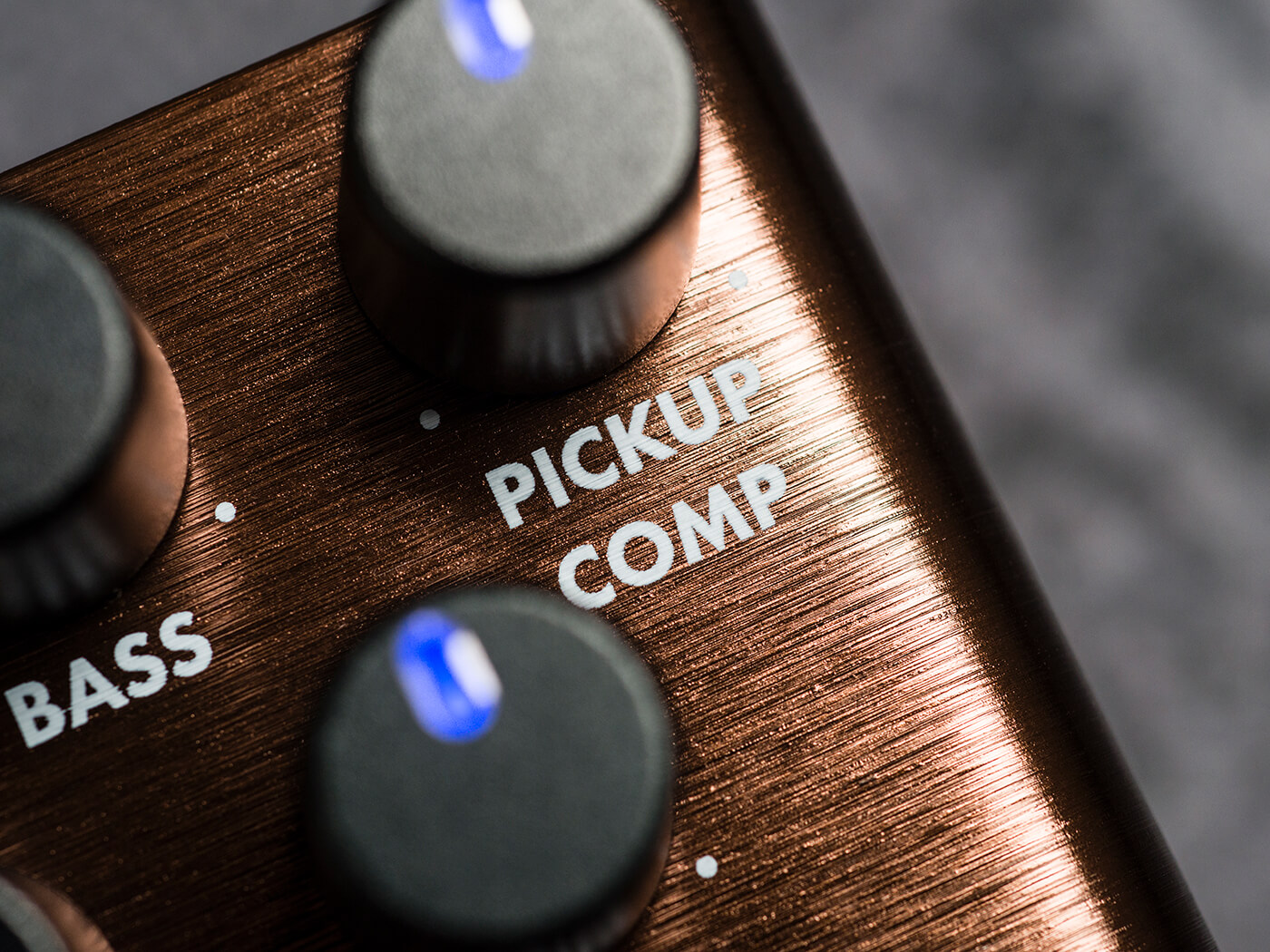 Next we come to the oddball of the bunch, the Smolder Acoustic OD. Yep, it’s an overdrive for acoustic instruments, complete with a ‘compensation’ dial to tame zingy piezo pickups and cab simulation for plugging directly into stage PAs. That just leaves the Pour Over, a multi-mode envelope filter with switchable onboard distortion.

As ever we get tiny LED position markers that can be turned off via a switch on the back panel if you’re a real fun-hater, and Fender’s ingenious flip-open battery compartment in all those pedals that don’t require mains power – that is, all but the Reflecting Pool, whose digital processing would slurp a PP3 dry in minutes, and the MTG: LA, whose subminiature valve is similarly thirsty.

There’s a lot to get through, so let’s strip down to our sunburst Speedos and plunge straight into the Pool. It is, in a word, deep. In all there are nine reverbs to choose from: three halls, three rooms and three ‘special’ models – an octave-up shimmer, a reverse/gated option and one with modulation. All work in stereo for ultimate immersion, but they’re plenty big enough through a single amp.

Those two toggle switches cover a lot of sonic ground, with help from the treble-taming ‘damp’ control; as long as you’re not after old-school spring effects, it’s hard to think of a reverb sound that isn’t available here. The halls are huge, and for anything less than a full-on ambient wash you’ll need to keep the level and decay time low in this mode; but if you do want sheer scale – and especially if you have two amps handy – shimmer offers some bewitchingly intergalactic textures. 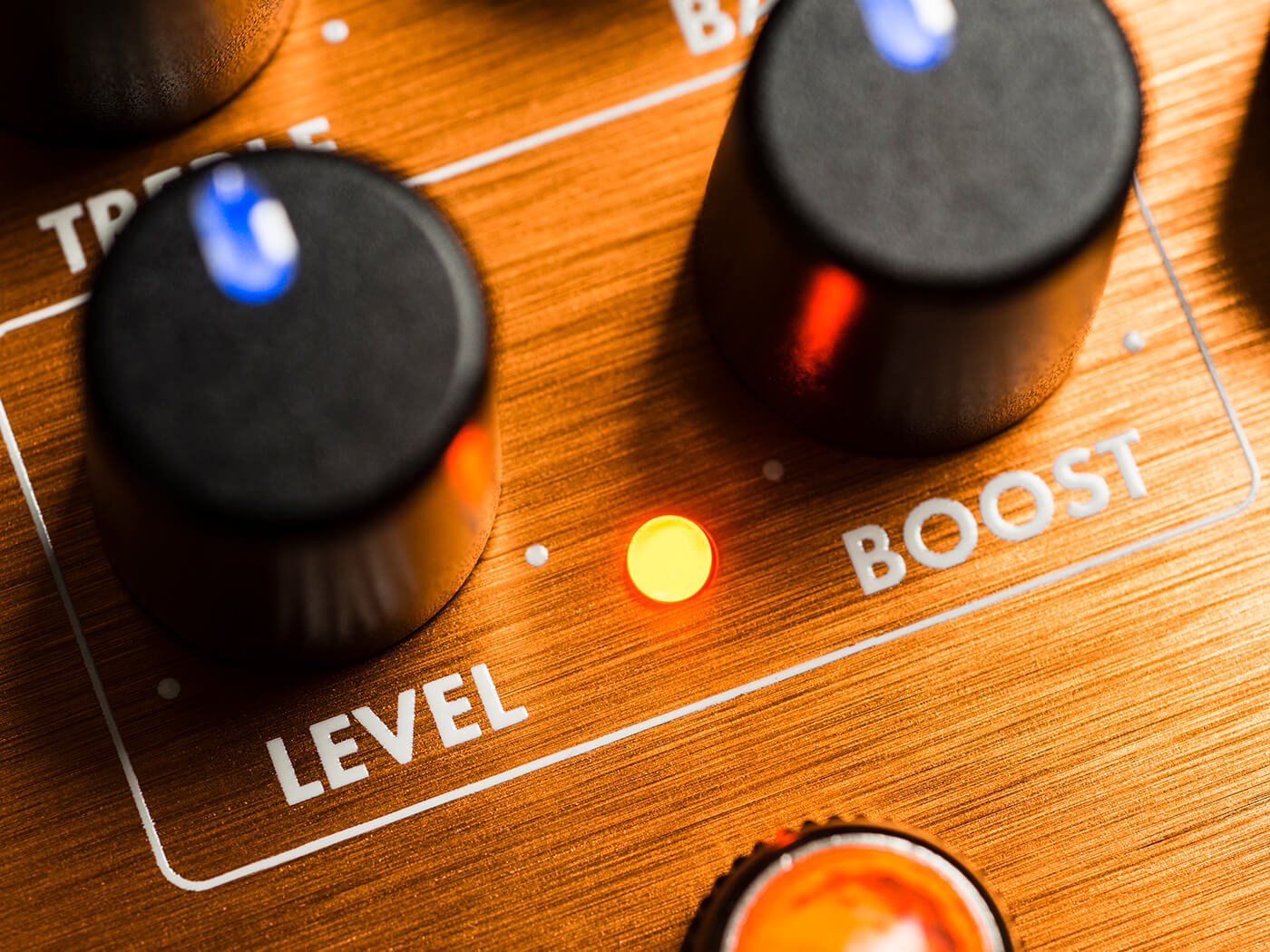 The Reflecting Pool’s delays are mono, so there’s no ping-pong option, but you can still get creative with subdivisions for trippy multi-head effects. The modulation is subtle and natural as long as you keep the depth shy of halfway, while the three delay modes – digital, analogue and tape – offer a decent palette of styles. There’s nothing here with the warmth of, say, the Catalinbread Echorec, but the ‘quality’ switch does allow a certain amount of control over the tonality of the repeats within each mode.

One thing you can’t control with this unit, alas, is the background hiss. It’s a little louder than we’ve become used to (the best digital pedals are virtually noise-free these days), and if you set the bypass switch to ‘trails’ it stays there even when the pedal is switched off. Not a big issue for live use, maybe, but it could be a concern for some in the studio.

Like the first MTG, the ‘LA’ version uses a tiny 6205 valve running at 150 volts and has been designed in collaboration with famed amp boffin Bruce Egnater. On the surface, the two units look almost identical – with the same footswitchable boost and the same ‘tight’ control for stopping things getting flubby – but here the mids control has been replaced by one marked simply ‘tone’, adding more fine-tuning power over the edginess of the distortion. 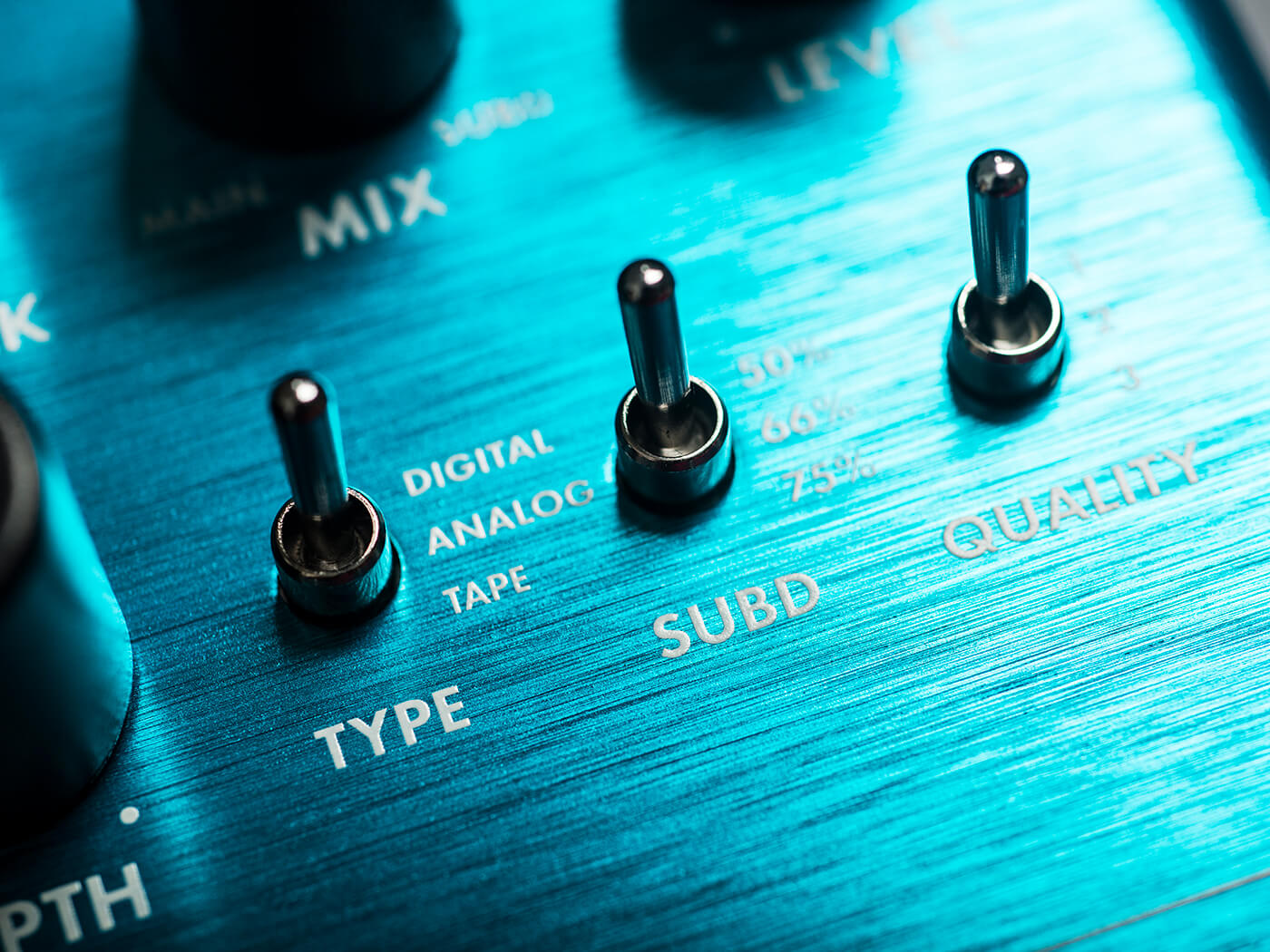 What certainly hasn’t changed is the amount of gain on tap – this is one feisty little box – but it feels less snarly and more gurgly this time. The tightness control doesn’t make a big difference to the audible low-end content but does seem to open up a bit more headroom as you crank it; even so, this is a chunky-sounding distortion that generally gets on better with single-coil pickups. Its best sound is arguably with guitar volume backed off a few notches, for a more transparent fluffy-edged tone.

The Trapper is a funny one. This isn’t the first fuzzbox of the new Fender stompbox generation – we gave the Pelt a 9/10 review last year – but this time there are two different circuits to flip between, plus the added option of an octave-up effect… so in theory it should be at least twice as much fun. In practice, however, things don’t pan out quite as well as that.

We certainly don’t have any issues with the first circuit: it’s a classic silicon fuzz, throwing out a thick sheet of noise that can be tailored to cover all sorts of extremes using the tone and midrange contour controls. The octave sounds pretty cool as well, as long as you don’t mind things taking a turn for the lo-fi. 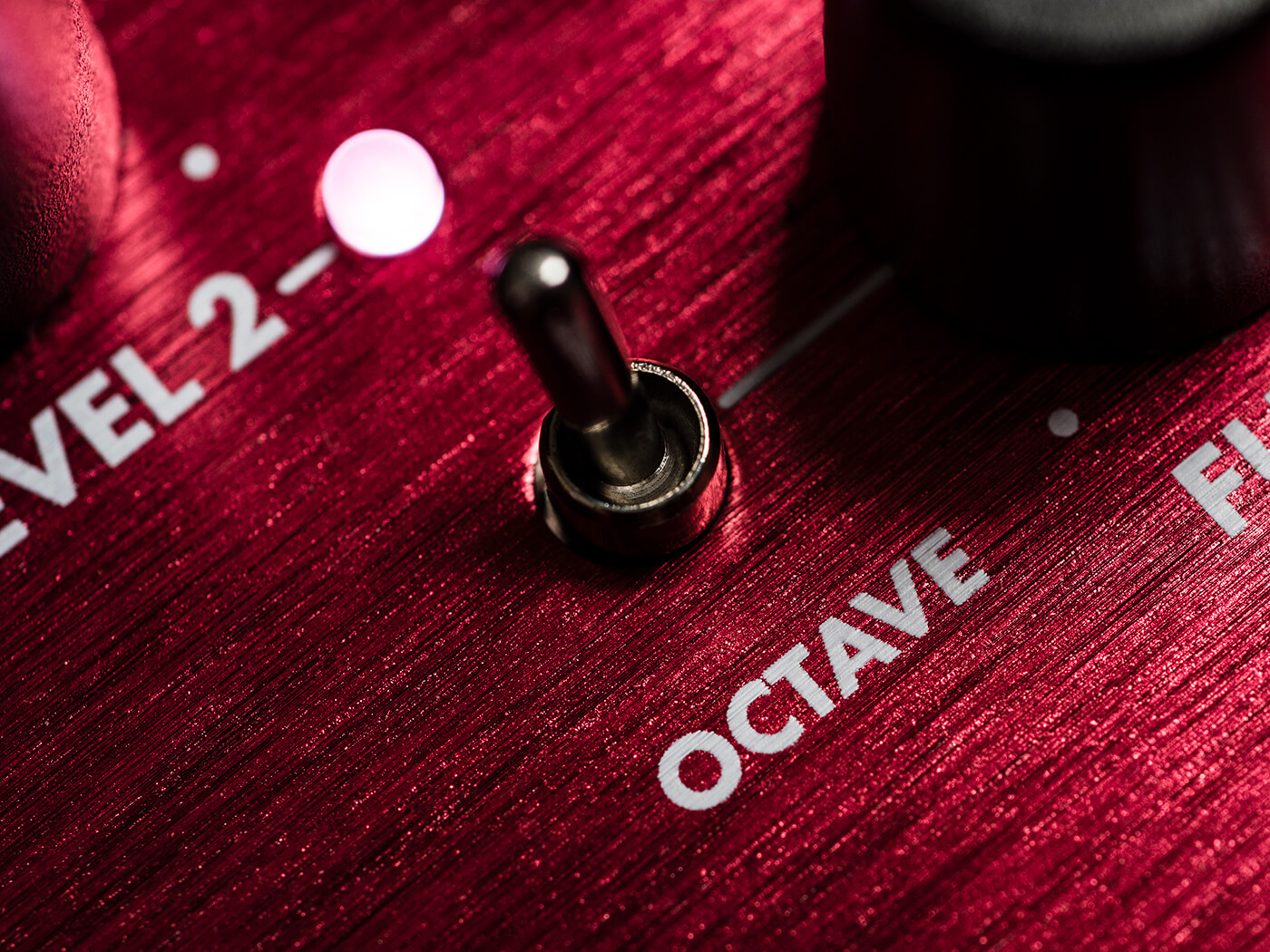 Switch to the second circuit and you get, in a sense, more of the same – the texture of the fuzz is equally smooth – but now it’s fixed at a very high gain level, making this something of a nuclear option. What’s more, there’s a gate in operation on this side of the pedal, also fixed, which can create some cool glitchy effects as it clamps down on sustained notes but can also be annoying.

Let’s clear our heads with a more straightforward offering. We liked the original Pugilist distortion and we also liked the Bends compressor, so what can possibly go wrong when the two of them decide to set up home together in a single pedal? Not much, as it turns out.

It’s compressor into distortion, with no option to switch the order around, but independent footswitches a good two inches apart mean it’s easy enough to engage either side of the Compugilist without waking the other. Most importantly, nothing important has got lost in the process of turning two into one. 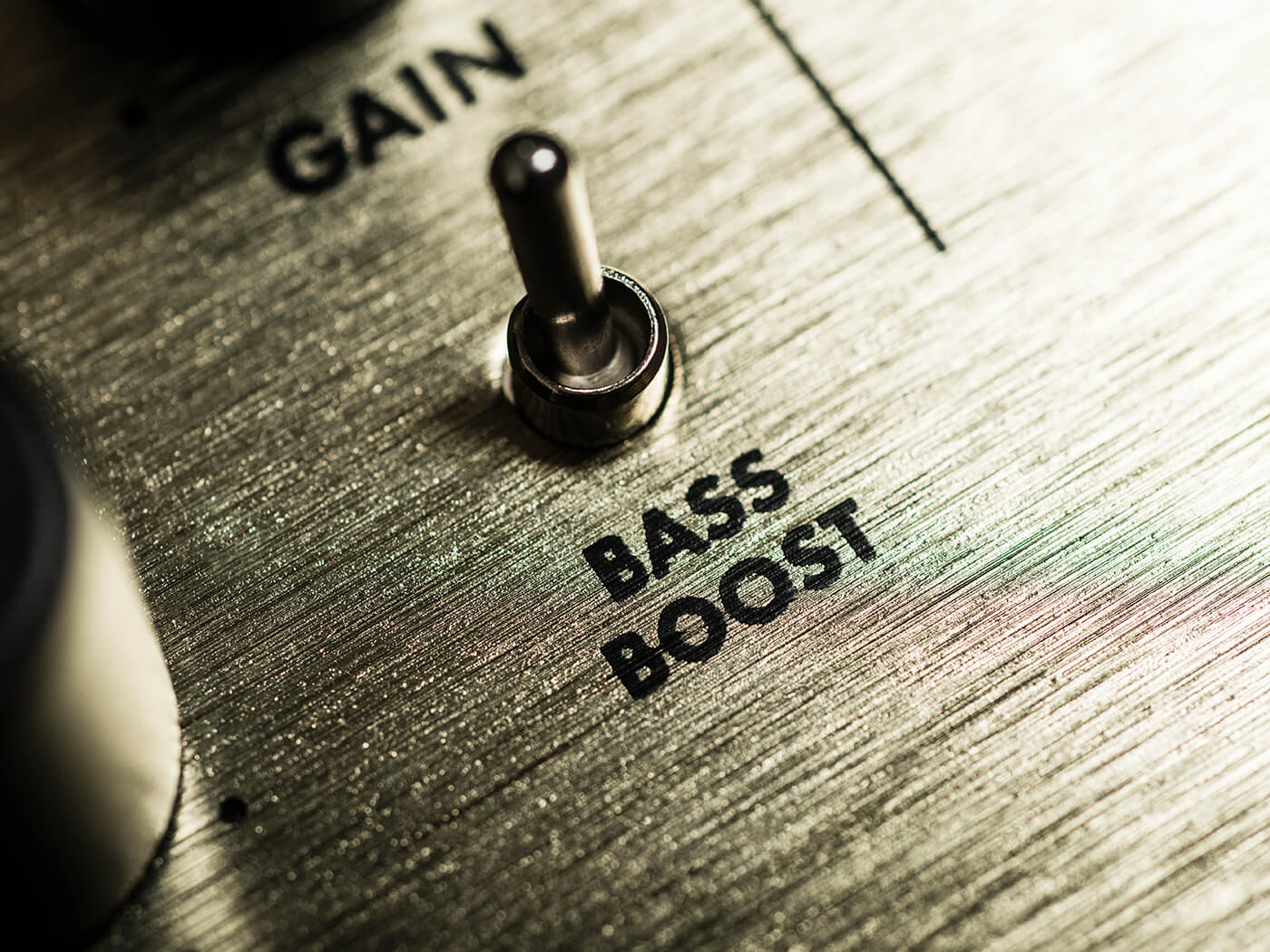 The compressor isn’t doing anything remarkable, and there are better options if you want flexibility rather than simplicity, but as long as you go easy with the ‘comp’ dial it’ll do a sterling job of taming your loose transients and adding a bit of excitement to clean chords.

The distortion does a fair bit of compressing on its own, along with its principal role of dipping your tone in an acid bath of raucous Rat-like snarl. Whether these two effects really belong together is another matter; but if you’re in the market for one of each, this could be a nifty way to save a few quid and some pedalboard space.

Now, could you also be in the market for an acoustic overdrive? Plenty of players have dabbled in distorted acoustics, but we’re struggling to think of another pedal designed for that specific purpose. This one is voiced to be sympathetic to acoustic pickups, and unsympathetic to screeching feedback, while its analogue cabinet simulation allows it to be DI’d to a PA or recording interface rather than forcing you to wrestle with an amp.

To be fair, it does the job, adding drive without also adding the usual ear-stabbing howls, and the controls are sensitively judged for filtering out unmusical high frequencies. Its appeal will undoubtedly be niche, but thankfully the blend dial allows you to retain the twinkly attack of your clean sound with the fuzzy stuff mostly just filling out the background. It seems a shame to say it, but that’s probably the best way to use this unit. 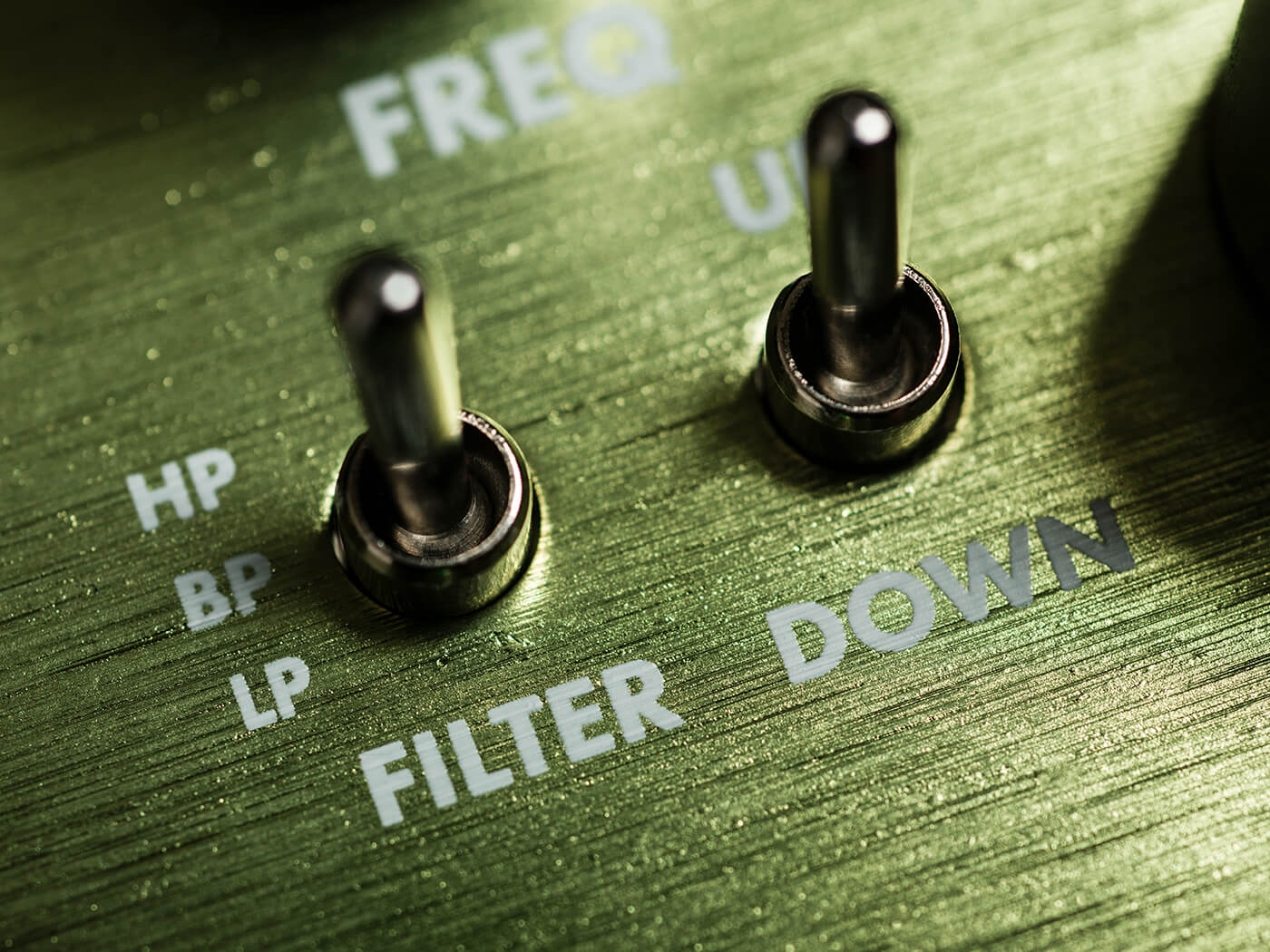 The last of our six pedals presents no such head-scratchery. It’s an envelope-following filter and it sounds exactly as it should. Setting up a basic auto-wah sound is easy enough, but the Pour Over has more knobs and switches than most pedals of its type and scores highly for versatility. Tweaking the frequency, Q and drive to colour the response of the filter is intuitive enough, while the switchable distortion has its own tone and gain knobs and can get pretty gnarly by itself.

There’s not much more to say about that one. It’s solid, functional and flexible, which makes it a pretty good snapshot of the whole Fender pedal range as we enter 2020. We’ve a feeling there’ll be more than 21 of them by 2021.