Don’t be fooled by the artwork: these stylish little booster pedals hail from Canada. But do they have godlike tone to match their mythological names? 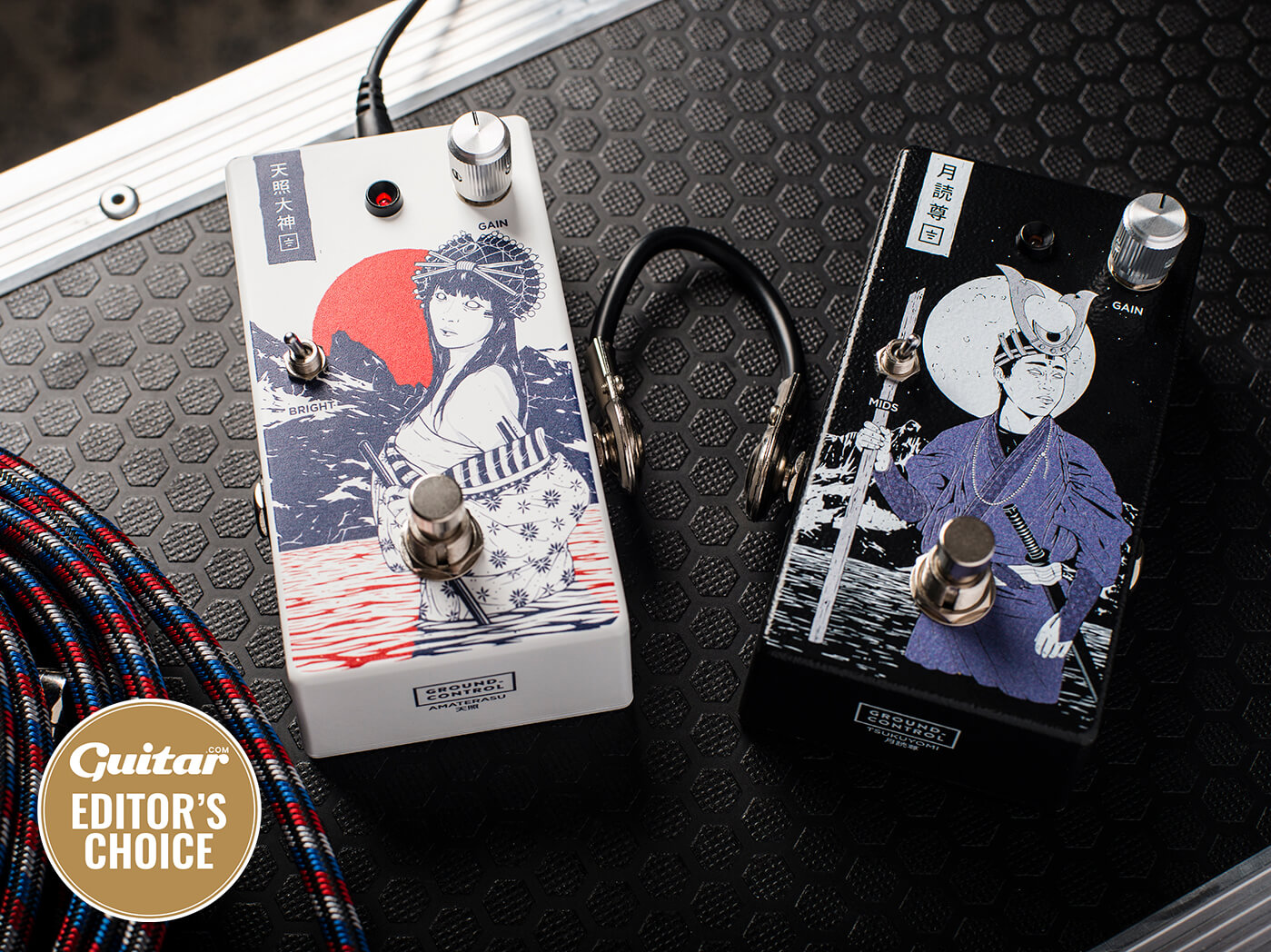 Say hello to Tsukuyomi, the Shinto god of the moon, and his sister Amaterasu, goddess of the sun. They make for a delectable design statement, but they’re a long way from home – because while Japan might make you think of stompbox innovators such as Boss and Maxon, Ground Control Audio is as Canadian as a moose playing ice hockey in a Mountie hat.

Made in Montreal, both of these compact stompers are JFET-based boosters offering up to 20dB of gain; the moody black Tsukuyomi (note the moon in the background) also offers a switchable 12dB midrange kick, while the sunny white Amaterasu lets you notch up the treble by the same amount.

In both cases, a shiny little gain knob and a toggle switch for engaging the frequency-specific boost are the only controls. What are those specific frequencies? They’re listed as 880Hz to 1kHz for the Tsukuyomi, and everything above 3.2kHz for the Amaterasu.

Both units are mains-powered only, which seems odd when you consider how little current they must need. But this is something we’re seeing more and more often, for a variety of reasons – it might be time for battery diehards to stop grumbling, buy a good power supply and move on.

The Tsukuyomi is a booster that starts at zero, so with gain at minimum and the extra mids stage out of the circuit we get something very close to the bypass sound. All that’s added is a sliver of extra sparkle, with maybe a hint of hi-fi scooping to the midrange.

That remains the case as we start cranking that single knob: it’s a broadly transparent boost, but with just enough edge to help shy pickups cut through. More importantly, there’s loads of gain to play with, and it works just as well pushing a clean tone into crunch as driving an already cooking one into screeching solo mode.

Then we flip the mids-boost switch. How well this works is somewhat dependent on the amp you’re using, but it can be a supremely effective tone-sweetener. EQ-wise, it’s somewhere between a Tube Screamer and a Rangemaster, but what it actually sounds like is flipping from a ceramic speaker to a really nice alnico one. In combination with the sustain-enhancing effect of the clean boost, that makes it perfect for sweetly twangy mid-gain solos, especially with single coils.

The Amaterasu is based on the same front-end circuit, so everything we said about the Tsukuyomi in ‘neutral’ mode applies equally here – with maybe just a touch less freshness in the top end. The difference when we engage the extra treble boost, however, is – aptly enough – night and day.

There’s a certain amount of flexibility in how much full-range boost you choose to mix with the trebly stuff, but in truth, we’d like more – because this thing is vicious. Working on a combination of dark pickups and dark amp, it might be just the zing-bringer you need, but most of the time we find ourselves asking – between winces – what we wouldn’t give for a second toggle switch marked ‘Not quite so ear-splitting’.

We’re impressed by both of these little boxes… but unless you’re crying out for pure treble, the Tsukuyomi is by far the more likeable option.