Harmonic and amplitude tremolo combine in a stompbox designed in partnership with That Pedal Show. 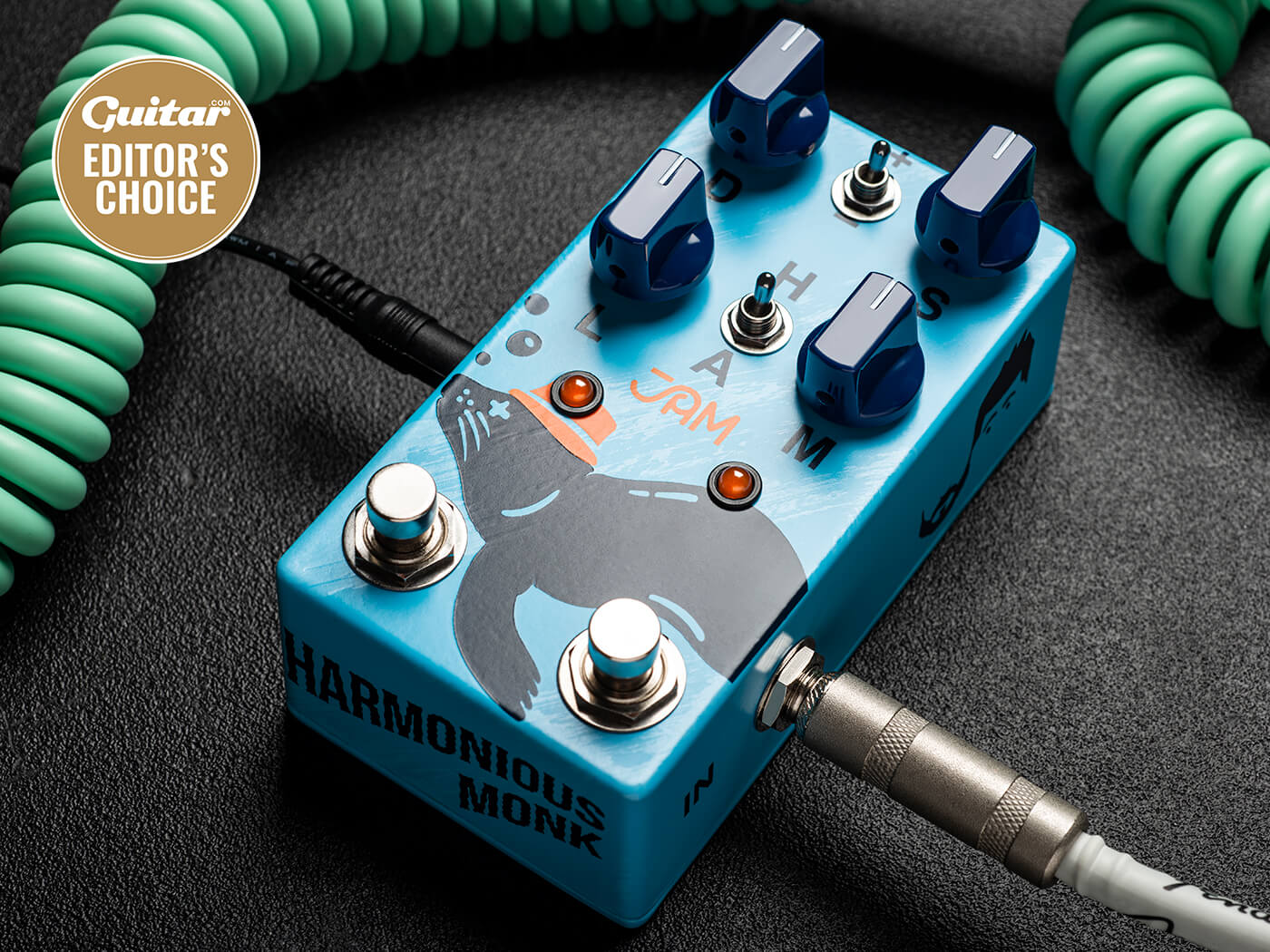 One great tremolo sound would be enough, but two seals the deal.

Following a successful collaboration with Robert Keeley that spawned the mega-selling D&M Drive, That Pedal Show’s Mick Taylor and Dan Steinhardt have hooked up with Athens-based JAM Pedals to create a tremolo unit with two modes: harmonic and amplitude.

Most of us will have used amplitude tremolo effects at some point, and its manipulation of signal volume at varying depths and rates has contributed to some of the most atmospheric guitar tones of all time. Harmonic tremolo will likely be less familiar. It’s rarely heard outside of Fender’s early 1960s brown Super, Pro and Concert amp circuits and is a more complex proposition, traditionally achieved by first splitting the signal into separate treble and bass frequencies, modulating and panning between them and mixing the two signals back together. The result is woozy, psychedelic and utterly addictive, and its resurgence in recent times is no doubt thanks to exponents such as Blake Mills, Joey Landreth and Ariel Posen. 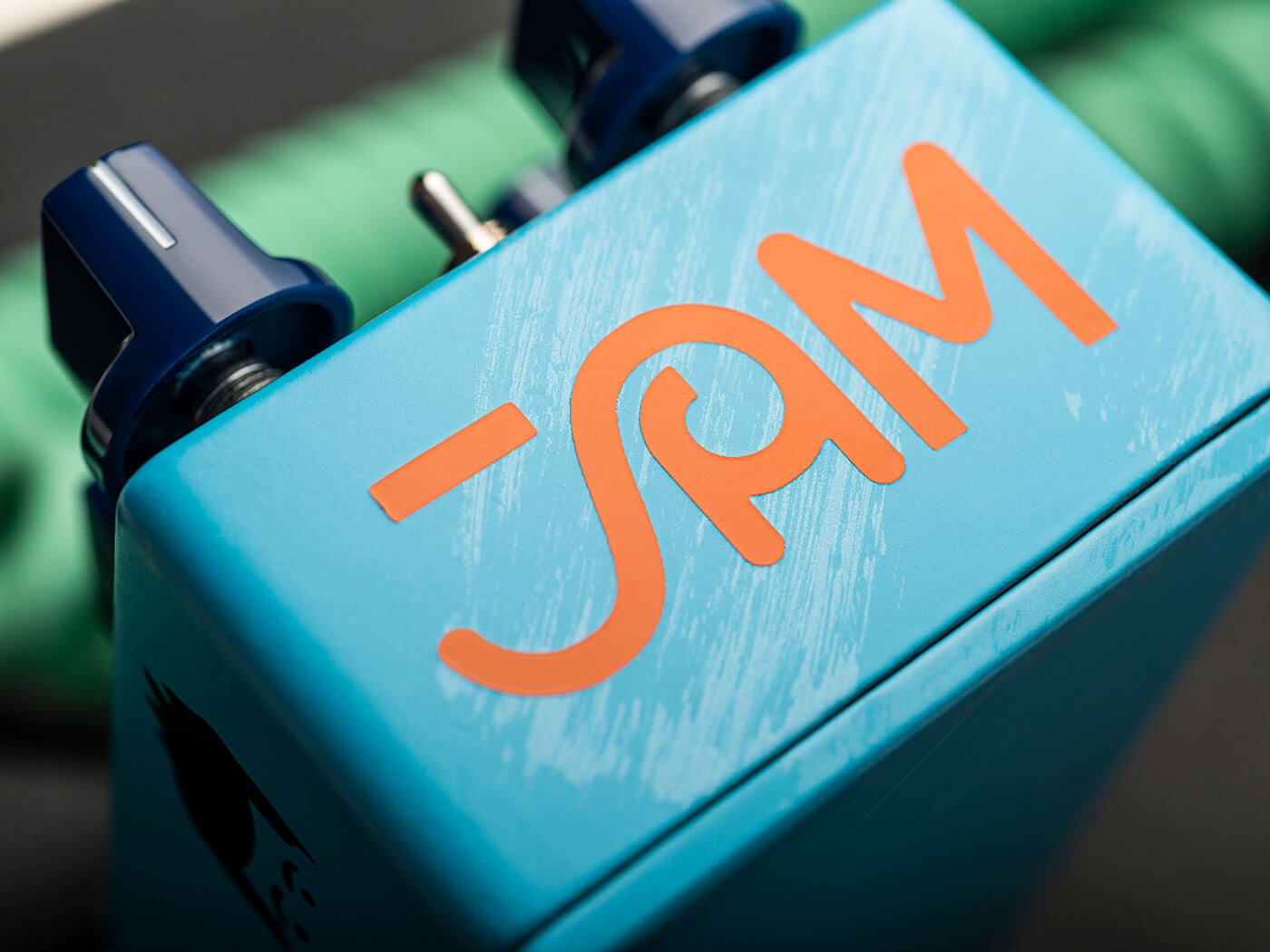 Like most JAM units, the Harmonious Monk will certainly stand out on your pedalboard, but the frivolity ends there. Input from seasoned pedal experts is immediately apparent in the comprehensive and intuitive feature set, which includes true-bypass switching, controls for depth, speed, level and mix, and switches for intense or subtle LFO settings and amplitude or harmonic modes. Despite its compact size, the ’Monk even packs a second footswitch for instant speed doubling and internal three-band EQ trimmers. Crucially for those adopting a wet/dry rig, the output and input are in phase. 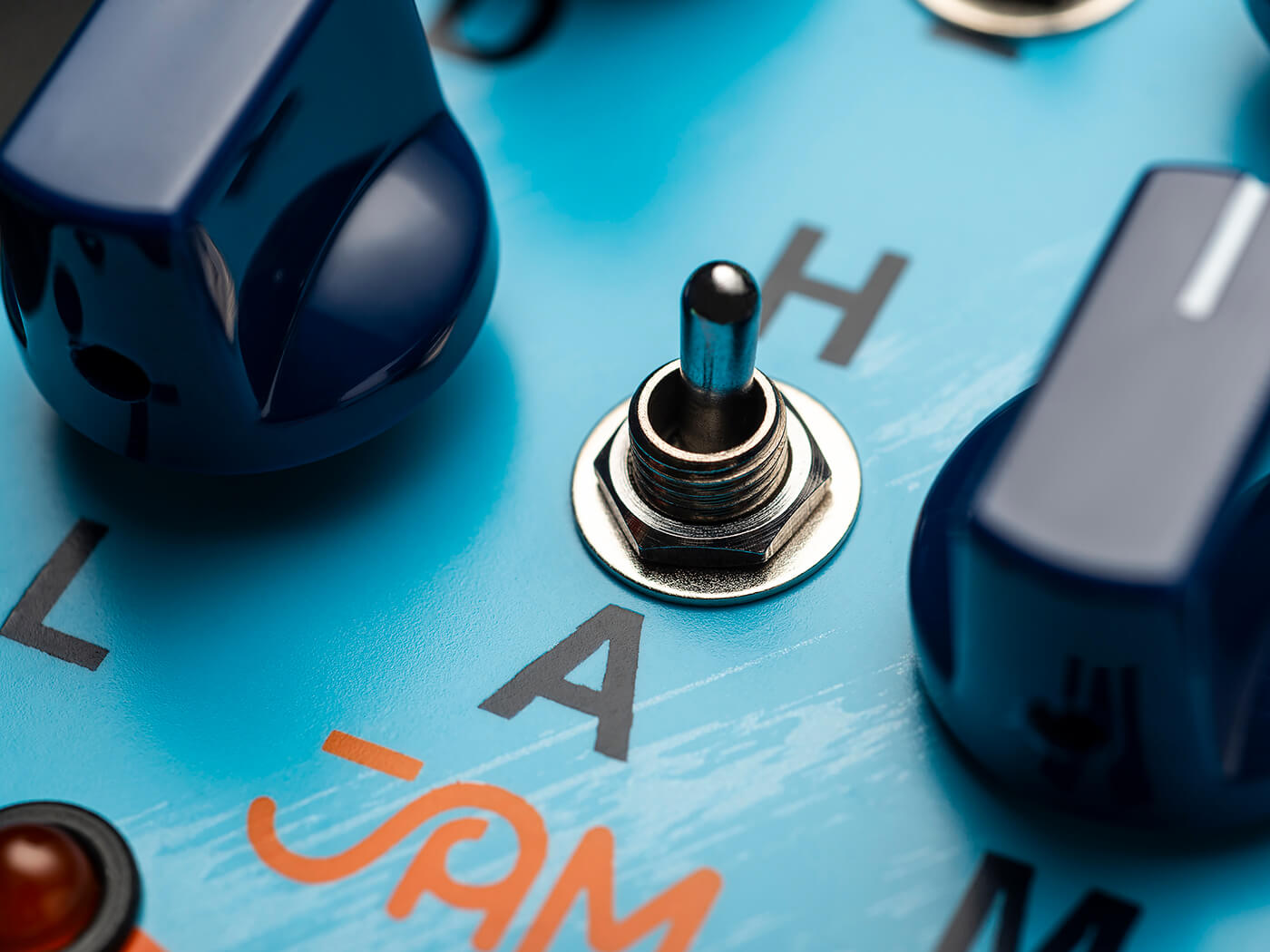 Plugging in with an old Strat, the all-analogue signal path and well-sorted circuit is immediately apparent thanks to a distinct lack of background noise. In the subtle setting, the amplitude tremolo provides a gorgeous rounded waveform that very much reminds us of our tweed Vibrolux’s bias tremolo tones. Switching to the intense setting there’s all the rich and choppy black-panel tremolo you could want.

Having both depth and mix controls proves incredibly useful, allowing exactly the right amount of intensity to be dialled in, at all speed settings. This enables the ’Monk to integrate gloriously and seamlessly with your core tone, be it clean or overdriven. We’ve already found our new favourite tremolo pedal, but there’s more… 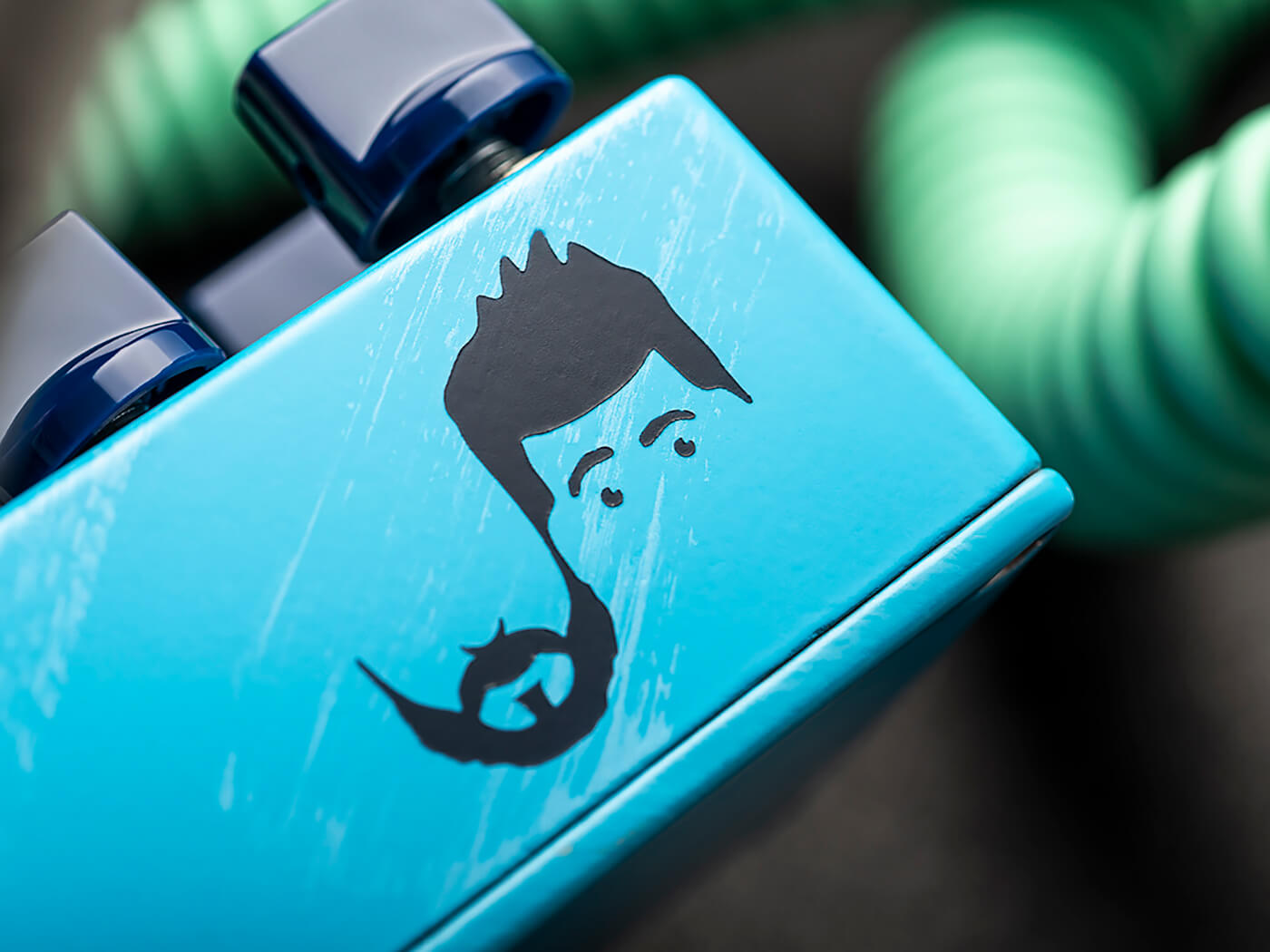 Switching to the harmonic mode gives chords and lead lines a beautiful deep throb that’s rich in phasey movement and gives the aural impression of watery vibrato, despite no actual pitch manipulation occurring. Whether subtle or extreme, it’s all our favourite bits of vibe, rotary speaker, vibrato and phaser effects rolled up into a unique and beautiful modulation texture. There are hours of hypnotic modulated bliss to be found here.

Although we wish it had the option to connect an expression pedal for on-the-fly speed control, the lush swirl of the harmonic mode alone is worth the price of admission. Throw in the very versatile-sounding amplitude tremolo tones as a bonus and the Harmonious Monk is surely all the wobble you need to set you on the path to righteous tonal nirvana. 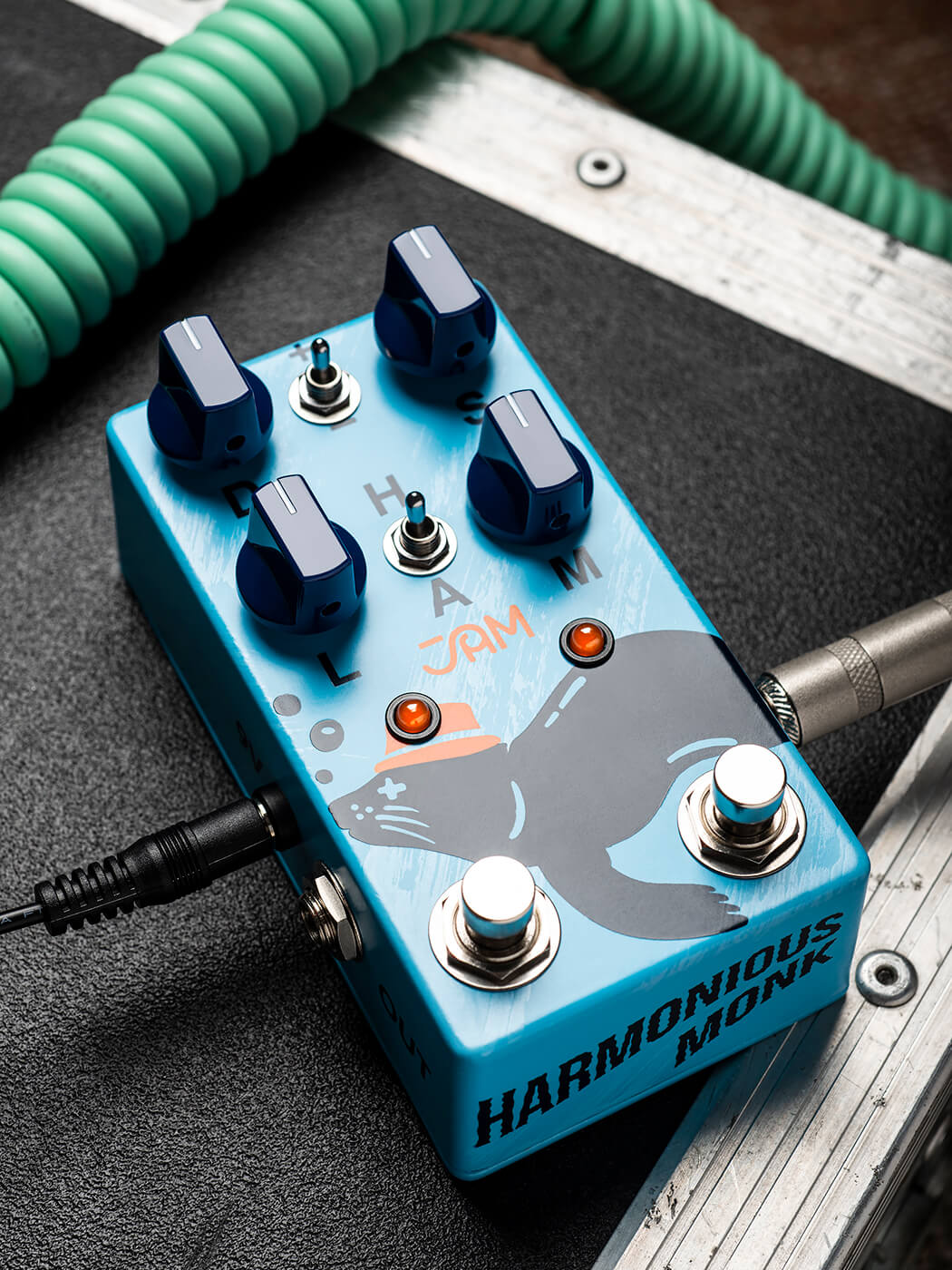