JHS pays tribute to the biggest milestones in fuzz history with remakes of four classic stompers – but they’re not quite as faithful as they seem. 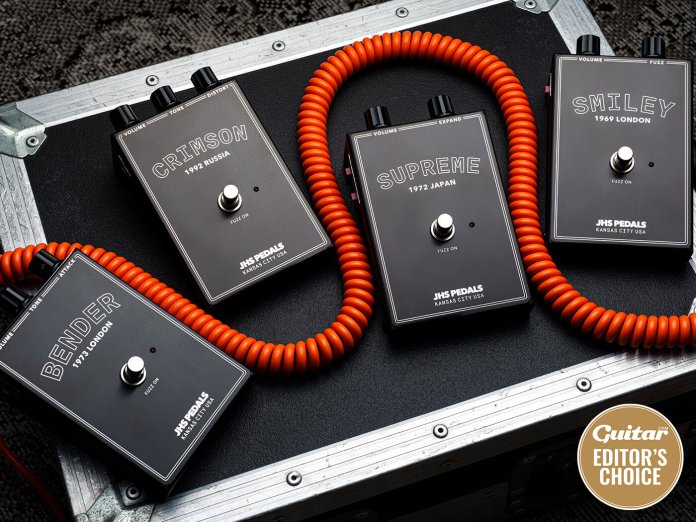 When he’s not flooding YouTube with funny demos, stompbox history lessons and the occasional musical theatre production, JHS main man Josh Scott does still actually design pedals. The Legends Of Fuzz Series comprises four of them, and they’re something of a departure for the brand.

Giving more than just a nod to the most important pedals in the evolution of filth, this is a quartet of retro revivals built with varying degrees of historical accuracy based on units in Josh’s own collection: a 1969 Arbiter Fuzz Face, a 1972 Univox Super-Fuzz, a 1973 Sola Sound Tone Bender MkIII and an ultra-rare 1992 Sovtek Red Army Overdrive, one of the very first Russian-made Big Muffs.

Rather than styling each of the models individually, JHS has dressed the range in a matching look borrowed from a stompbox that’s way older than any of them: the revolutionary wedge that was the 1962 Maestro Fuzz-Tone FZ-1. That means the control knobs are on the top edge, along with the jack sockets – handy for avoiding accidental kicks, not so handy for reading settings. 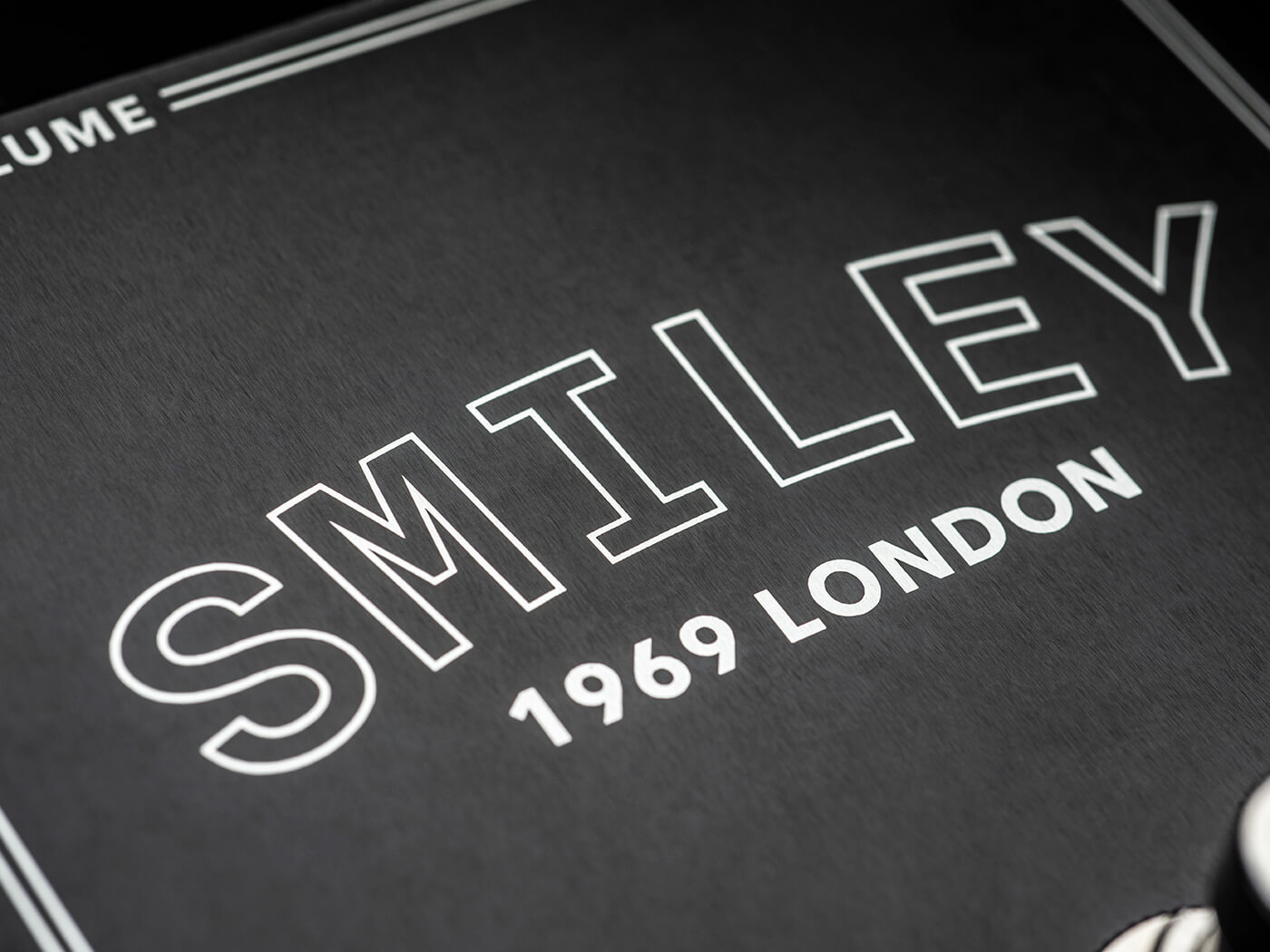 You have the option of vintage-correct PP3 battery power instead of using your usual mains adapter, which brings us to a fun feature of that wedge design: access to the inside comes via loosening two of the four side-mounted screws and flipping the unit open like the mouth of a robot whale. It’s hard to say how mechanically robust this system is, but it’s not likely to be used often enough for wear to be an issue.

We’ve already noted that these are not supposed to be 100 per cent accurate clones. They’re built with modern PCBs for a start, while for reliability, the Bender uses ‘carefully chosen’ silicon instead of germanium transistors. Perhaps most significantly, each pedal has an added push-button switch on the side – actually the Supreme has two – for extra tonal options.

Given that Josh Scott’s latest sideline is writing a column for Guitar.com, these things had better be good or it could get a little awkward… 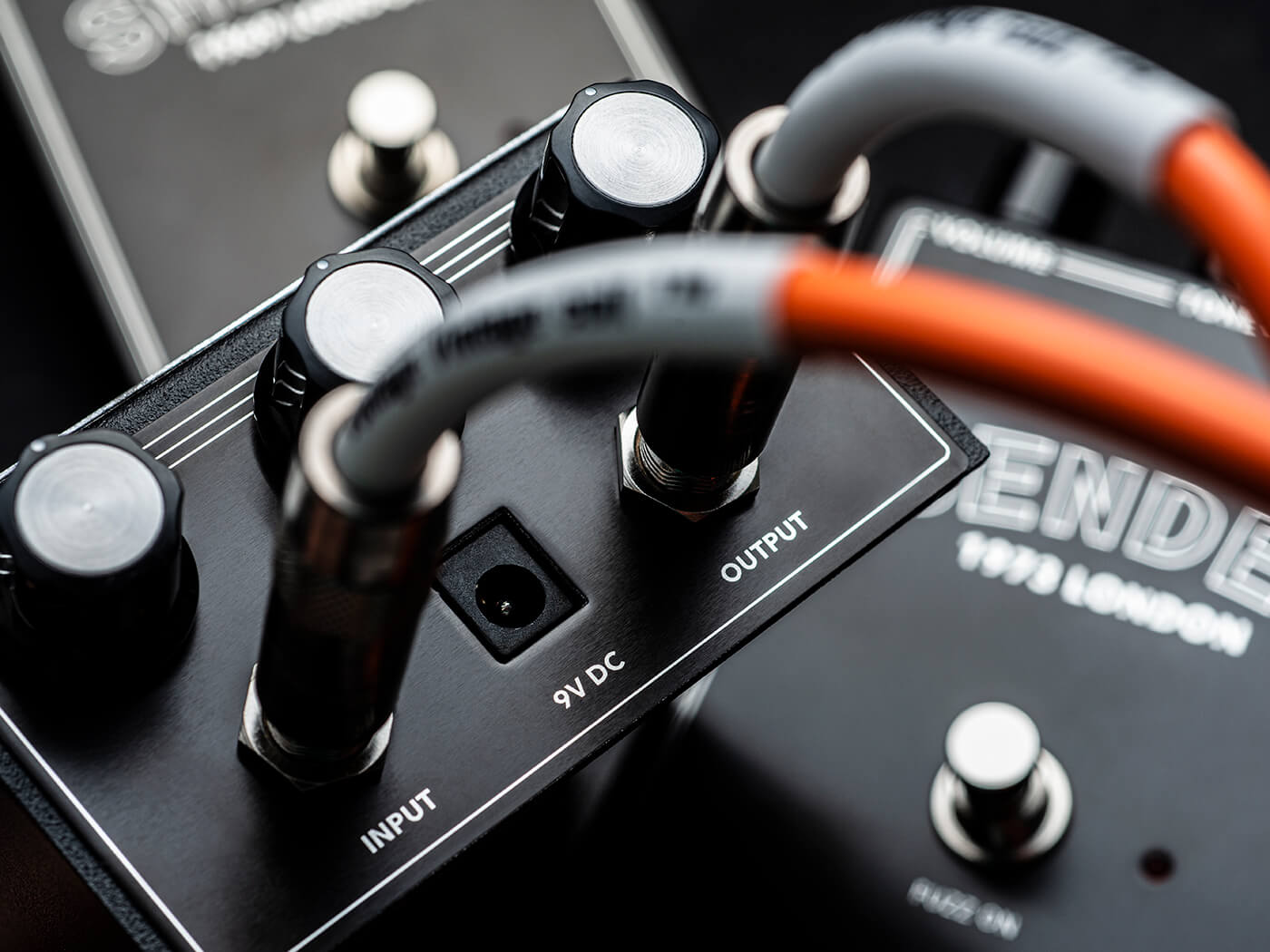 The first Fuzz Faces were based on germanium transistors, and some purists will always rue the switch to silicon as the moment civilisation effectively ended, but let’s not worry about that. After all, Hendrix didn’t seem to mind. The Smiley, then, is claimed to be a ‘sonically faithful recreation’ of an early silicon Fuzz Face.

There’s nothing in the sound of this unit that leads us to question that claim. Its core sound is fat and fluffy, with loads of boopy sustain and a dramatic softening of the high-frequency transients. Simple chords ring out with gurgly grandeur and it sounds just as good running through a clean amp as through an already crunchy one.

A nudge back on the guitar’s volume brings a much cleaner and leaner sound, just as it should, although this doesn’t work so well when the fuzz control is cranked for maximum splat. And one more vintage-correct feature: pull that guitar volume right down to zero and the circuit responds with a sudden upturn in hiss, squeal and random blasts of Spanish talk radio. It’s strangely reassuring. 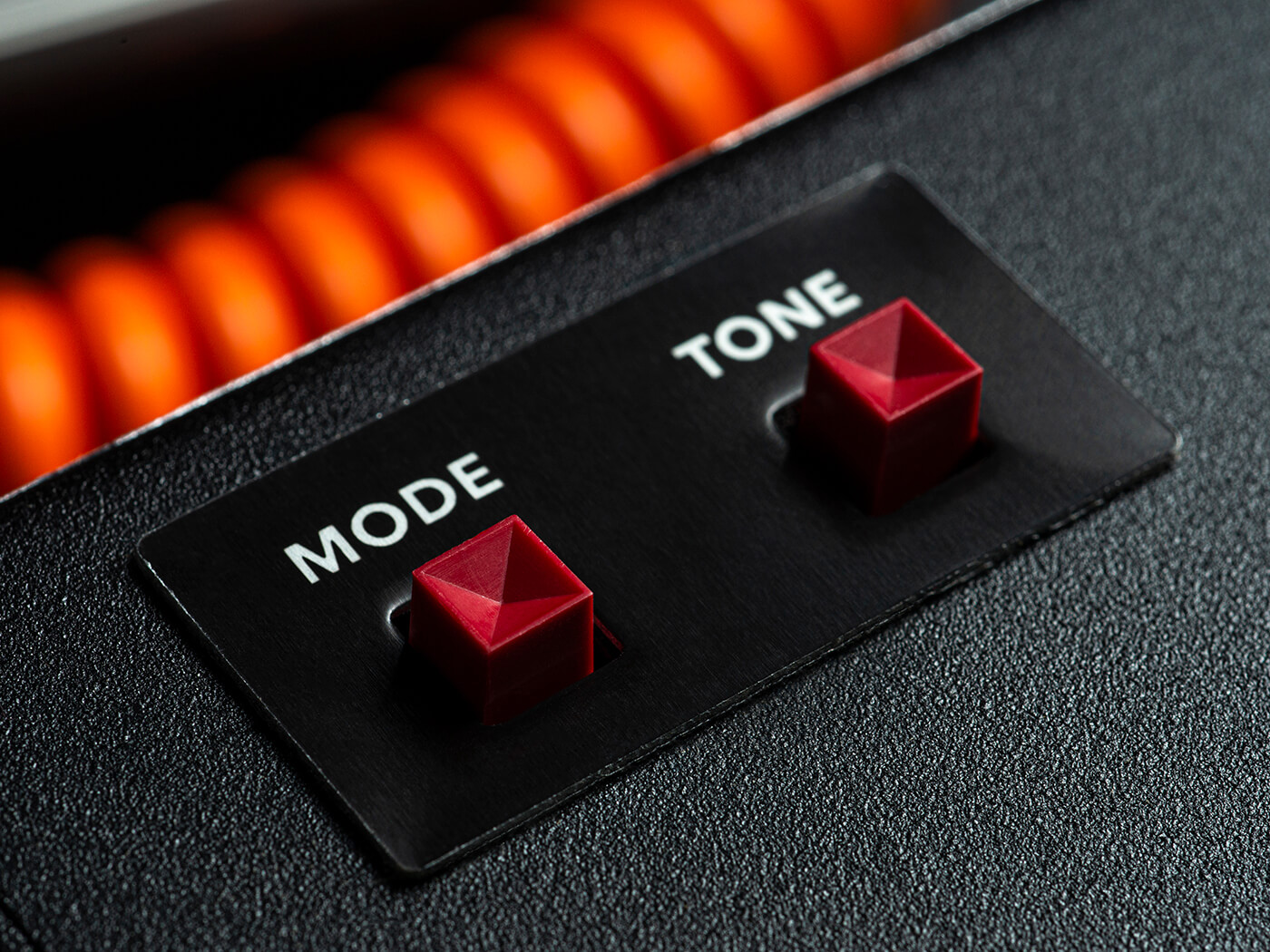 We’re not quite so charmed by the mode switch, which is something of a blunt instrument in terms of voltage-starved gating effects: it can be cool when used in moderation but it would be nice to have some control over just how brutally it chops down on decaying notes.

Next up is the Supreme, which we’re told is an exact replica of Josh’s favourite Super-Fuzz. Originating in Japan, this is an octave fuzz in the style of the Roger Mayer Octavia; the JHS version adds mid-cut and mid-boost options to the Univox circuit via those side-mounted push-buttons.

This pedal swaps the Smiley’s mellow EQ profile for something much more raspy, with an up-octave effect that’s mostly textural but certainly plays its part in upping the anarchy quotient. The gain range runs from fuzzy-but-tight to downright chaotic.

The buttons add real value to this one. ‘Tone’ is the nuclear option, scooping all the woodiness out of the sound for something much more mean and contemporary. ‘Mode’ has very little effect on its own but, with the other circuit mod already activated, is a useful way of bringing back some midrange punch without compromising on the nastiness. 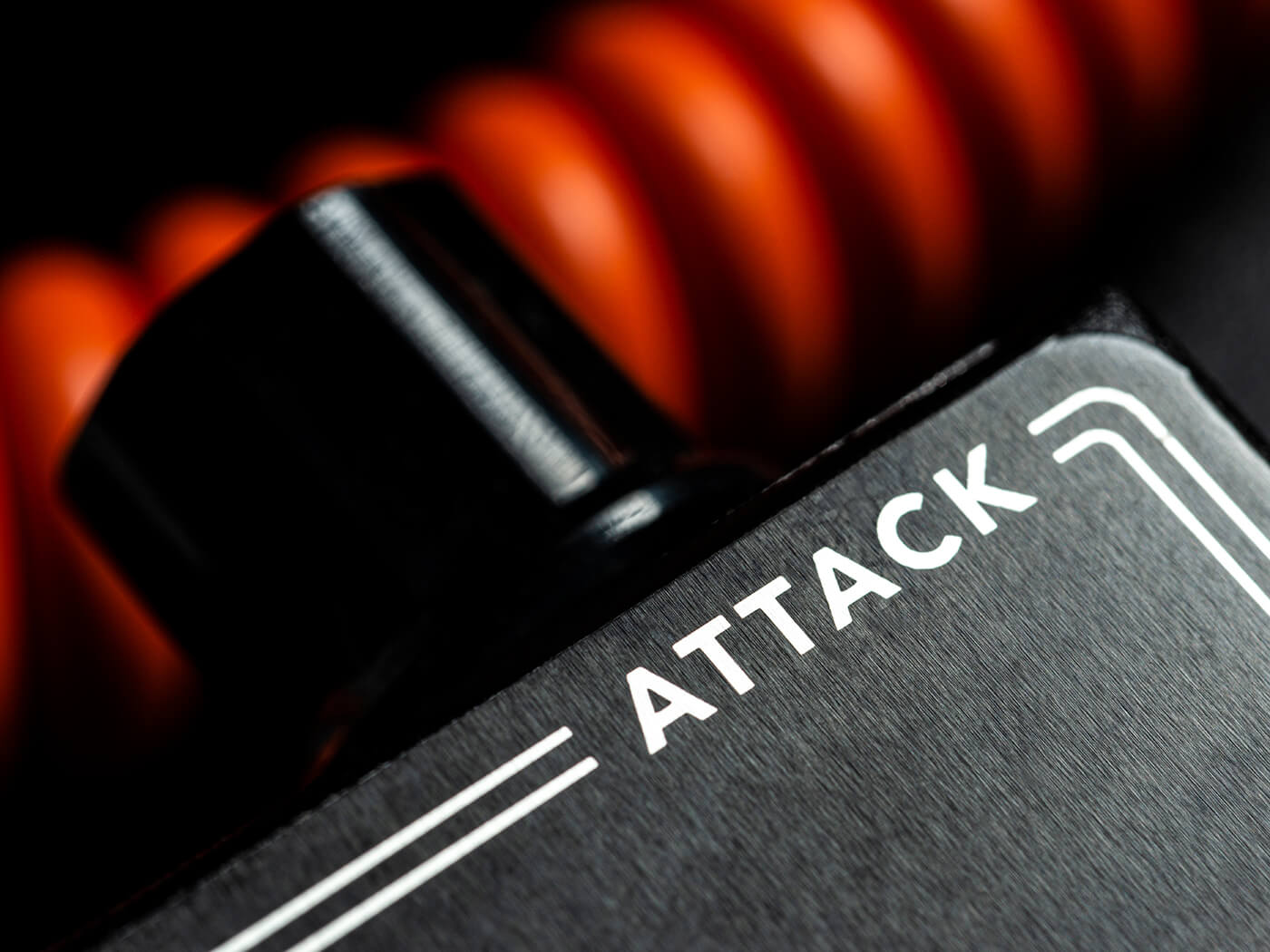 Now we come to the Bender – and it might just be our favourite. A lot of Tone Bender fanatics seem to prefer the earlier versions, but even with silicon transistors this is a hell of an advert for the MkIII (which was the first to get a tone control). It’s a lot more solid in tone than the Smiley, with just as much charm in its thick-grained fuzz but no danger of falling into woolliness.

Best of all, this is a deceptively versatile pedal. It’s powerful but manageable with the ‘attack’ (fuzz) control maxed out, and every bit as likeable at minimum; the tone control doesn’t add much pure treble but allows you to colour the midrange as you want it; and the red button gives just a little extra bite to the upper mids. It can even cool down to a decent low-gain overdrive sound with the guitar volume backed off.

And finally it’s Big Muff time. Our only real issue with this unit is that it hardly needs to exist: just about every variant of this legendary pedal has already been revived by one boutique maker or another, prompting Electro-Harmonix to dramatically up its own Muff game in recent years. How unique can this one be?

Well, it definitely sounds like a Russian Big Muff. That is to say it’s massive and creamy and sustains like a whole string section, not just a violin, but does so with a barking ferocity that’s distinctly un-American. So far, so familiar… but there is a flutey clarity to the top end that makes our reissue ‘Civil War’ Muff sound ever so slightly crude in comparison. Again the mode button adds some midrange punch, but there are no real surprises here – like all the pedals in this series, it’s a respectful tribute from a true fuzz geek. 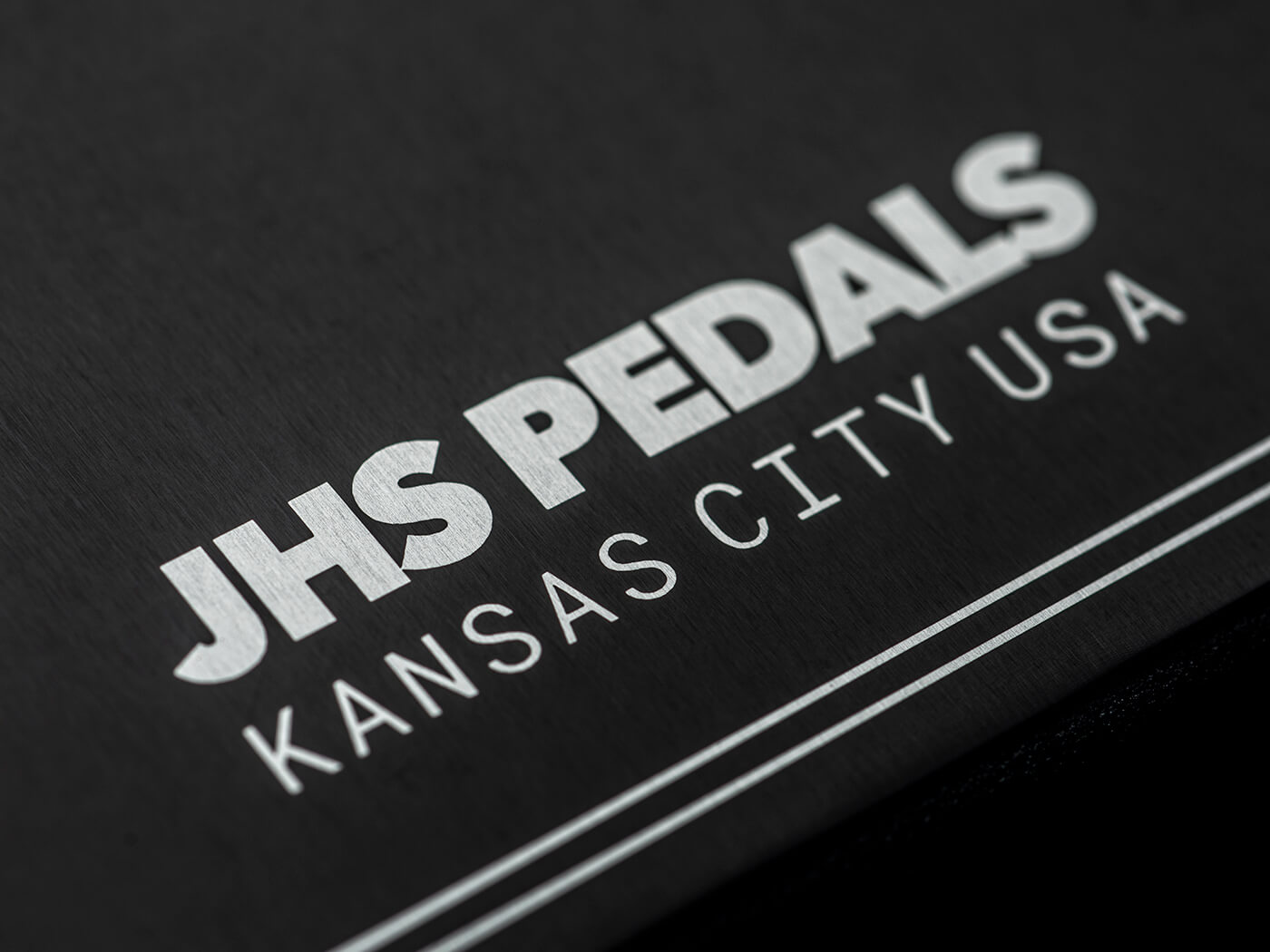