If you thought TC’s TonePrint tech for loading new sounds via your guitar was ingenious, prepare to be blown away by the twist in its latest delay and reverb. 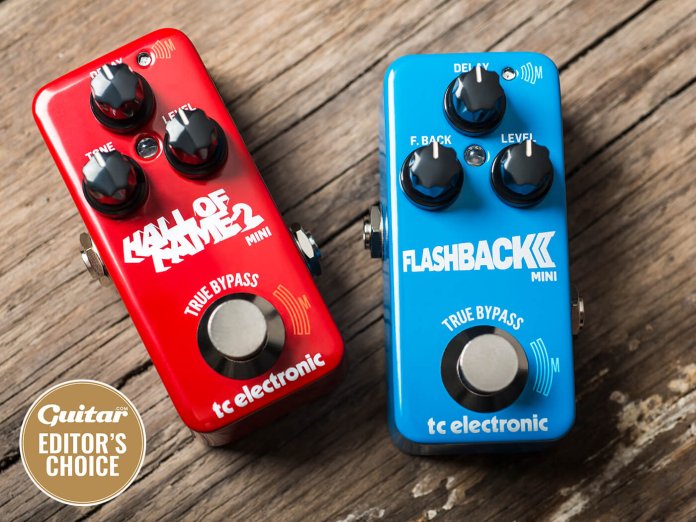 For decades, technological progress has been driven by the demand to make things smaller. But what happens when you reach optimum smallness? Do you just keep going, until you’re making gadgets so tiny they can only be operated by trained cockroaches? No – you keep things the same size and make them cleverer instead.

TC Electronic has clearly reached this point with its titchiest delay and reverb pedals. There’d be no sense in shrinking the Flashback Mini and Hall Of Fame Mini even more, or they’d become practically unstompable. So TC decided to look for a way of getting more functionality into the same compact space… and found its answer within the humble footswitch.

The Flashback 2 Mini and Hall of Fame 2 Mini look a lot like their predecessors, and use the same TonePrint tech for installing new sounds through your guitar’s pickup; what’s new here is the Mash function that turns each unit’s bypass footswitch into a sort of secret expression pedal.

The clue, if you look really closely, is in the 1mm-thick ring of rubber around the neck of each switch – just enough to offer some resistance when you stomp and then, instead of lifting off, press down harder. Now, you may be thinking an expression pedal with only a millimetre’s travel isn’t going to be much fun to use. Well, frankly, so are we – but you have to admit it’s intriguing, and we’ll find out how well it works soon enough.
But before we quite literally press on, let’s step back to see the whole picture – because even if you don’t use the Mash feature, there’s a whole lot of delay and reverb artfulness going on here.

The basics are as they were before: these are three-knob boxes that will work quite normally for those who don’t want to explore beyond the usual parameters. Each comes loaded with a standard sound of its type… but to stick with that would be like going to a luxury breakfast buffet and only eating the muesli.

By now there are dozens of delay and reverb sounds in the TonePrint arsenal – some of them designed by well-known players, some by TC’s own tweakers – and most of them are available for these pedals. The TonePrint smartphone app will take you through the process of loading a new sound by blasting its sound-encoded data into a pickup; it’s slightly bonkers but supremely simple, and you can audition sounds quickly and without faff. 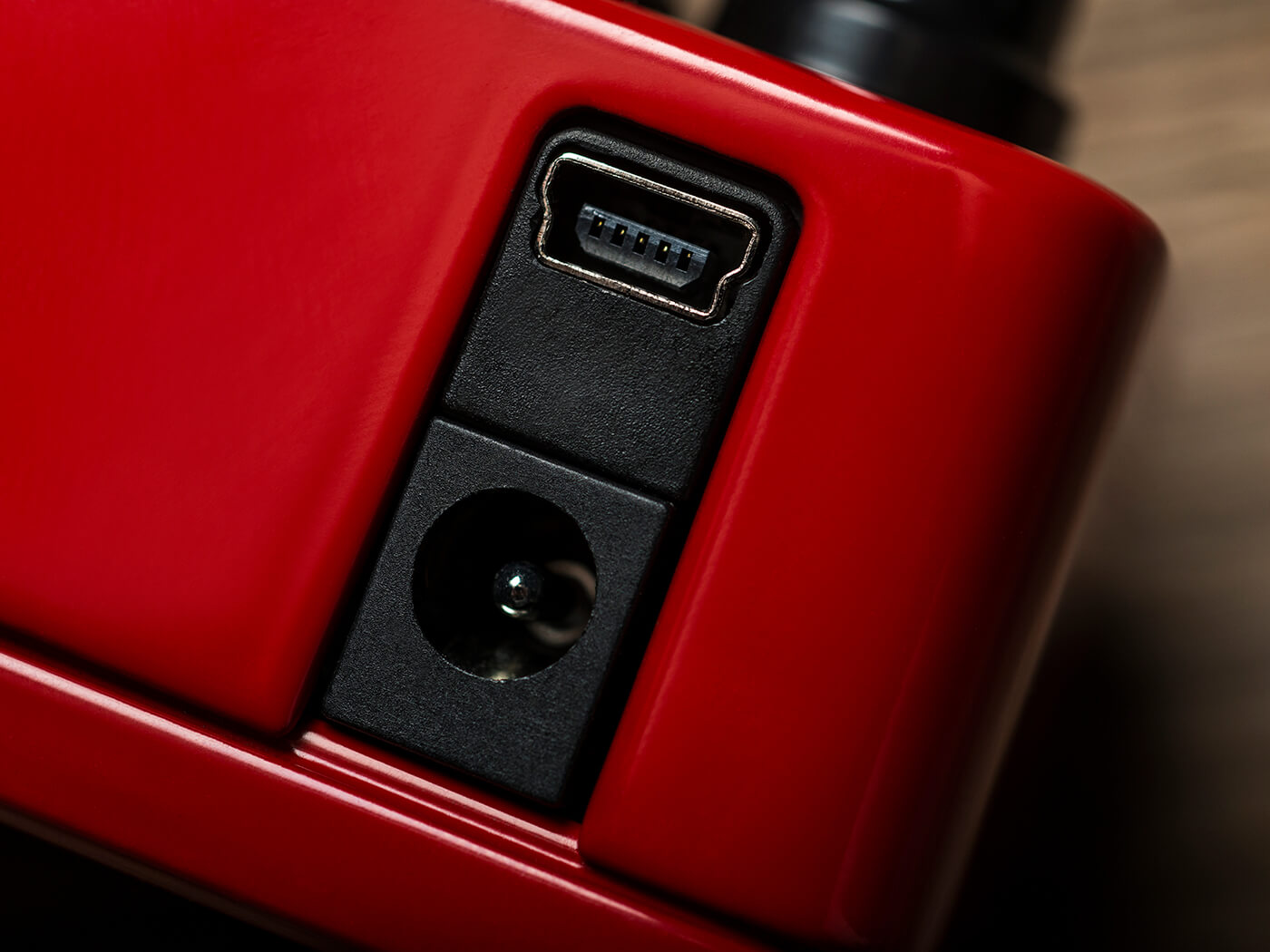 In fact, if you happen to have a USB Mini-B cable (yes, the really old kind – and you don’t get one in the box), you can load up the PC/Mac version of the app instead and hear each sound as soon as you click on its name. Better still, you can edit sounds – and the degree of tone-sculpting power available here is virtually limitless. With both pedals you can spend hours adjusting the tonal quality of the decay, the character of the modulation, the amount of octave-up shimmer and much more.

Niftily, different variables can even be assigned to the Mash function – up to three of them at once. So, for example, pushing down on the Flashback 2 Mini’s footswitch could make the feedback run into self-oscillation while the vibrato also gets faster and the bass roll-off becomes more pronounced. And, because there’s no such thing as too much control, you can map those response curves manually on a colour-coded graph. 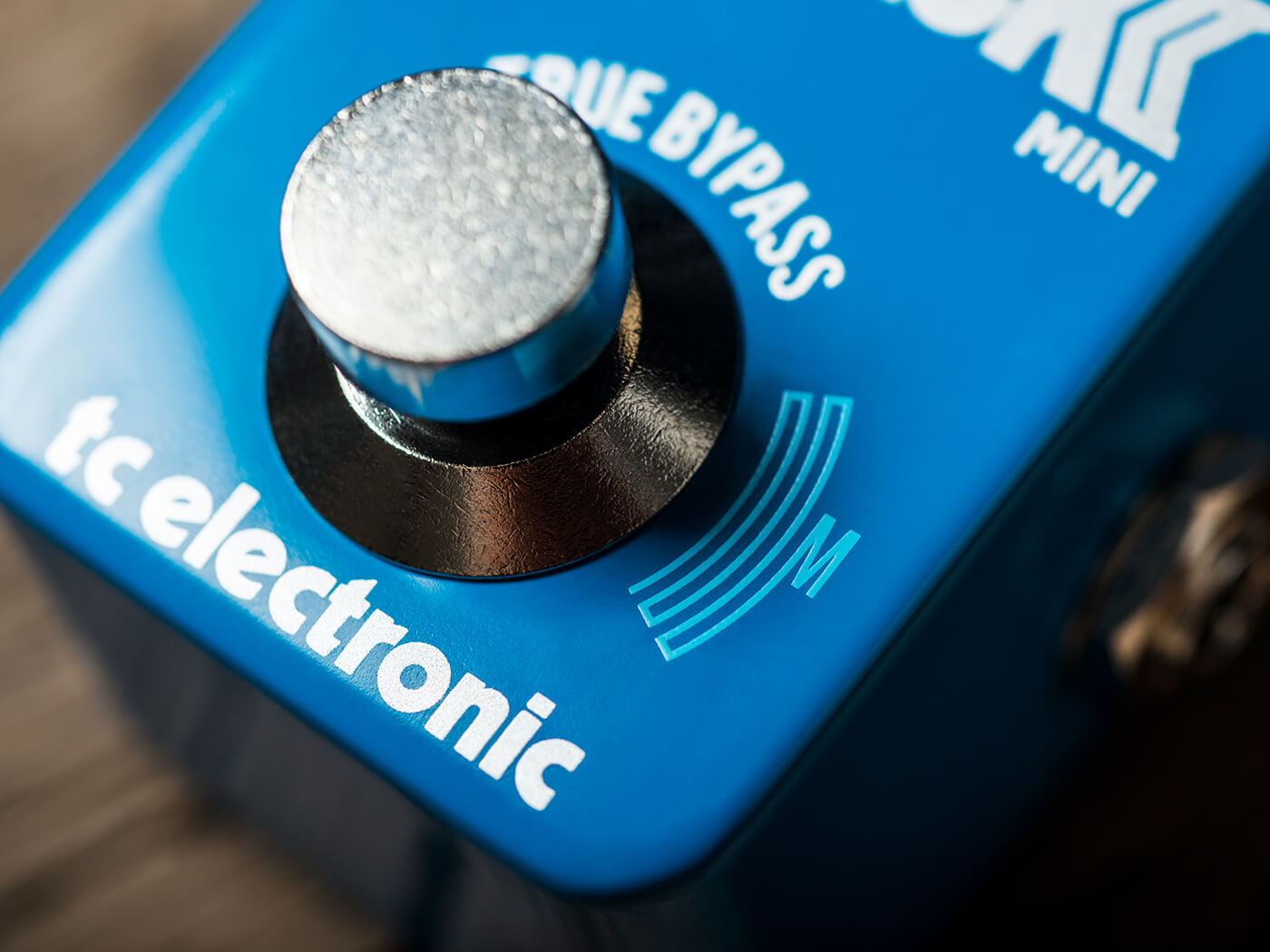 The fact that you can change just about everything in these pedals presents a novel challenge for the reviewer. You want to know what they sound like? Well, it depends what you make them sound like…

At least we can start with the factory settings – solid stuff in both cases, with plenty of creative potential and no complaints about sound quality or background noise. If you just want a workhorse digital delay and/or reverb with a pedalboard-friendly footprint, these will sort you right out.

As for the TonePrints, if anything there are too many – how many flavours of slapback delay or cathedral reverb does anyone really need? – but at least you’ll never run out of options. The Flashback’s murky tape echoes are particularly good, and the ability to add chorus, vibrato or even flanging to the repeats makes this a great pedal for texture-mongers. The Hall Of Fame, meanwhile, excels at those shimmer effects, with plenty of variations for those who prefer their ethereal shrieks on the subtle side. 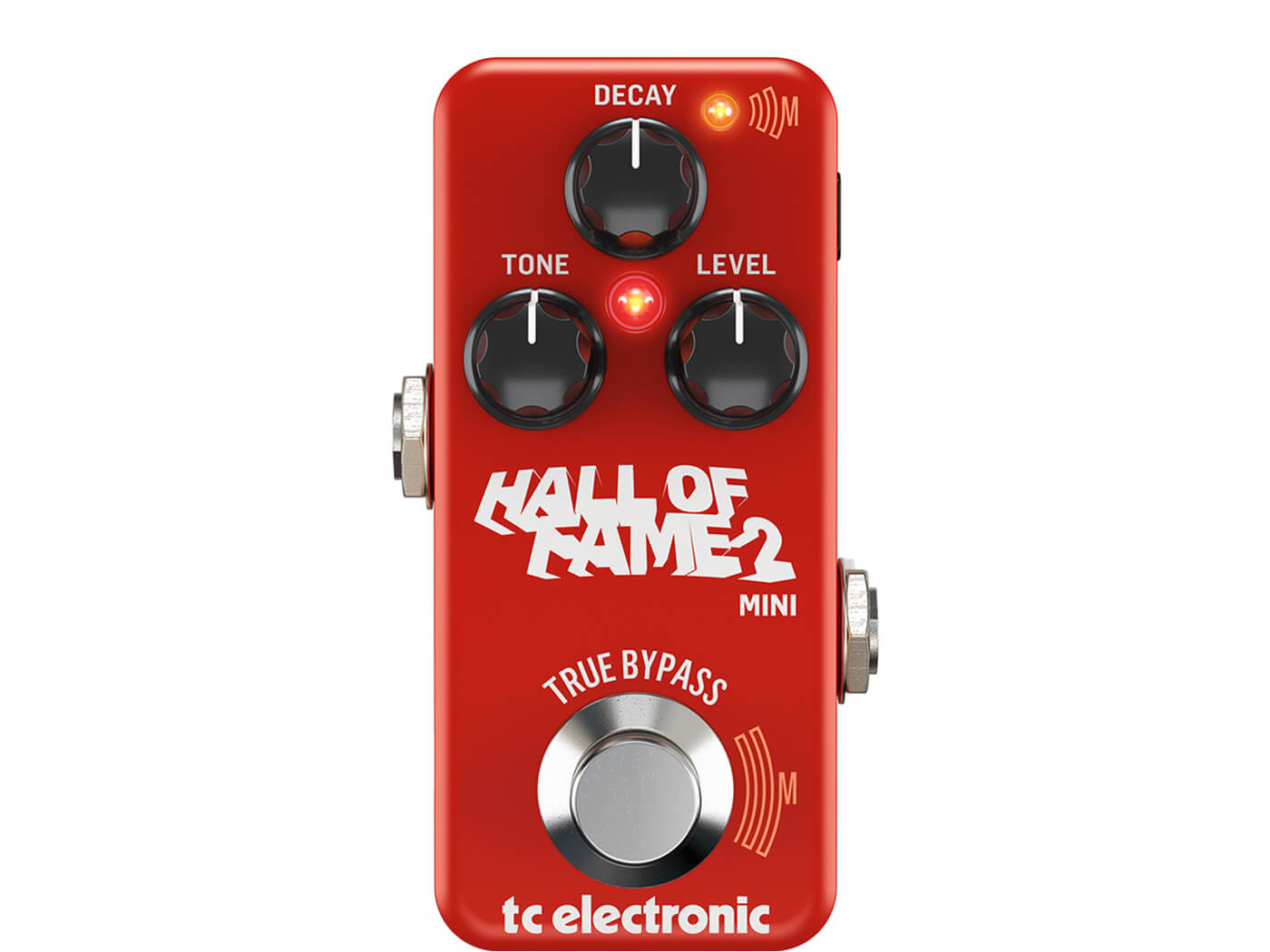 There are a couple of things to flag up about TonePrint, though. One, you can only edit the TC templates, not the artist sounds, and the editing option is only available when connected via USB. And two, at time of writing, the Android version of the app hasn’t yet been updated to work with these new models.

All of which brings us to the Mash thing. There’s a whiff of over-engineering about this, and a lot of people will surely never find a use for it, but we have to say that on balance it’s an unexpected winner.

What TC has done here is to combine two existing ideas – Apple’s Force Touch pressure-sensitive phone screens and EarthQuaker Devices’ Flexi-Switch latching/non-latching footswitches – to create a gig-friendly shortcut to controlled chaos. Like the aptly-named Havoc switch on the Caroline Kilobyte delay, which sends that pedal into maximum feedback for as long as you hold it down, Mash lets you flip seamlessly between normal and extreme versions of your chosen setting.

It is a little tricky to control, especially for those of us who favour a soft-soled slipper in the studio, but it is quite satisfying to hear the Flashback’s repeats swell ever more insistently as you squeeze down on it. Would a simple switch with Leslie-style ramping between two fixed settings have been just as effective in most situations? Probably, and easier to use too… but hey, let’s not stand in the way of progress. 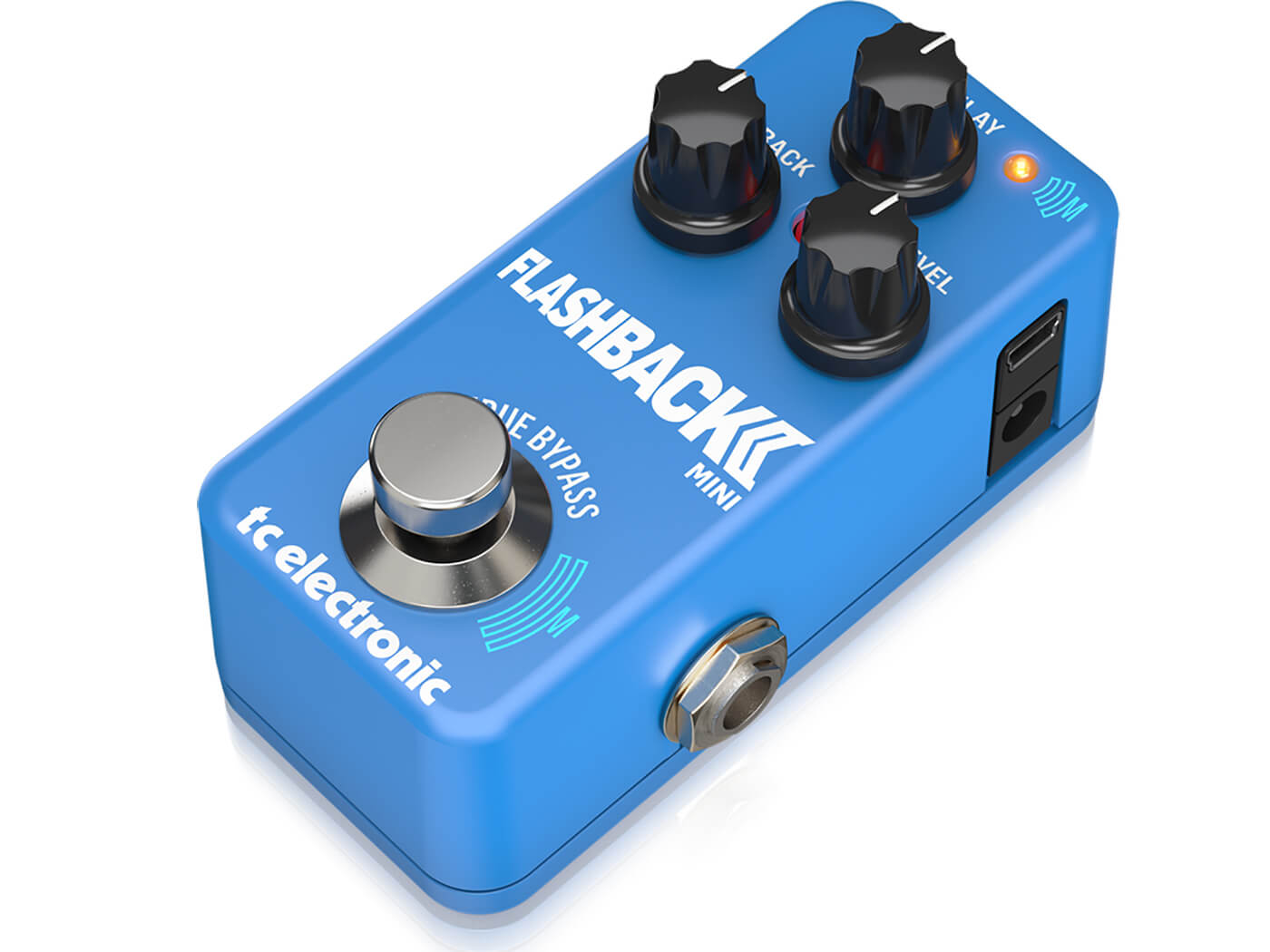