Another vintage brand is back from the dead – but these boutique-style stompboxes have little in common with the Teisco guitars of the 1960s. 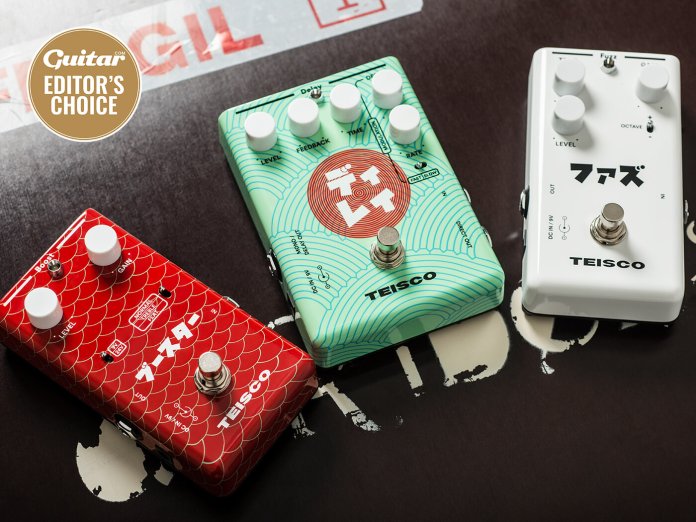 Danelectro, Hagström, Supro, Magnatone, Kay… you don’t need to be a ‘classic’ name to get the retro relaunch treatment. And that’s certainly true of Teisco, originally a Japanese maker known mostly for cheap 60s guitars, popular with garage-rockers, that some would say were more fun to look at than they were to actually play.

Hold on, though. The three products on test today are not Japanese, not budget items and – as you’ve probably clocked – not guitars. Dammit, they don’t even look old! But what these distinctively styled Teisco stompboxes – a silicon octave fuzz, a multi-mode FET booster and an analogue delay with modulation – do appear to have is something of their forefathers’ bold and quirky spirit.

They’re weighty, zinc-shelled units, with a uniquely low-slung form factor and softly curved edges that make them positively cuddly compared to conventional compact pedals. The baseplates have a textured finish that’s supposedly better for Velcro grip and the rubber feet at each corner can be prised out with a fingernail to reveal the screws that hold them together. Now that’s cool… although those feet might be easy to mislay, and if you are one of the few players still using batteries to power your stompboxes, changing them isn’t the swiftest operation.

The ‘bold and quirky’ thing isn’t just extended to the enclosure designs. Look closely and you’ll notice miniature toggle switches that make it clear serious thought has gone into these devices. That’s especially true of the Boost, which has two switches: a three-way for changing the EQ response and a two-way for upping the internal voltage from nine to 24 volts – a cheeky bid to go one up on the voltage-doubling Keeley Katana, perhaps?

In the case of the Fuzz, the chief inspiration is the notoriously abrasive Foxx Tone Machine and the switch is to engage the upper octave. On the Delay, it’s the modulation speed that’s switchable – but there is also a rate control, which suggests we could be in for something a bit more involved than just a gentle background wobble.

Now, a couple of points of order before we dive in. The company behind the Teisco revival is Singapore-based BandLab Technologies, whose portfolio also includes Heritage Guitars, the reborn Harmony brand… plus Guitar.com and Guitar Magazine. We mention that in the name of full disclosure, but let’s be clear: we know you’re counting on our impartial judgement, and if these things are less than stellar, we’ll say so.

Fuzz comes first, naturally, and it quickly becomes obvious that this one is every bit as savage as a rabid Foxx. Leaving the octave effect switched off for now, we get a thick, almost synth-like fuzz that’s really up in your face in the midrange. This isn’t a good sound for complex chords, but for stoner-rock riffs and boopy single-note lines, it’s mighty entertaining.

Then we start messing with the tone control. This offers huge scope for tone-shaping and all of it really is usable, from smooth (but not mushy) at zero to snarly (but not spiky) at full. The gain knob also covers a lot of ground in terms of sheer saturation, though there aren’t really any half measures available here – and that’s doubly true in octave mode, which tracks better than some and creates the most gloriously evil noise imaginable when you hit a powerchord.

After that blistering start, it’s hard to get excited about a mere booster – but this is an extremely good one. Why are there separate gain and level controls, when all it’s supposed to do is make things louder? Here, pushing the signal at different stages of the circuit does have an effect on the scale of what comes out and it’s worth having a play with the relative levels.

Flipping to 24 volts makes the tone a little bolder, but it’s the EQ switch that really makes this pedal. ‘Flat’ is what you need for a completely clean boost, lifting the whole frequency range equally, but for something more zingy you have a choice between ‘normal’ and ‘treble’. The former rolls off a little bass, allowing for a huge gain boost without any flubbage, while the latter also adds some Rangemaster-style bite. In truth, we’d be happy with either of these settings, so to have both is a luxury.

Delay is the one effect where this brand name does have at least a sliver of history: there were a couple of Kawai-made Teisco tape echoes in the 70s, and an analogue delay unit in the early 80s. This green machine is something quite different, though… and quite bonkers.

Actually, that’s not entirely fair: with both modulation controls minimised, it’s a perfectly nice analogue delay, with lightly tremulous repeats that get gradually darker and more fragile – but don’t lose bottom end – as they decay. This can sound especially dreamy if you switch on another amp and use the pedal’s second output to split the signal into wet and dry components.

So far, so lush – but turn those depth and rate knobs anywhere past nine o’clock and you might be reaching for the seasickness tablets. This is proper pitch-bending vibrato, not just fluttery chorus, and as a delay effect it sounds… erm, challenging. It does, however, open the door to some quite spectacular self-oscillating sounds when you crank the feedback and start messing with the delay time. And when we say ‘spectacular’, we mean complex, ever-evolving patterns that make the ending of Karma Police sound tame.

To summarise, these are classy and cleverly designed pedals that do familiar jobs with unexpected style. We hope there’ll be more. 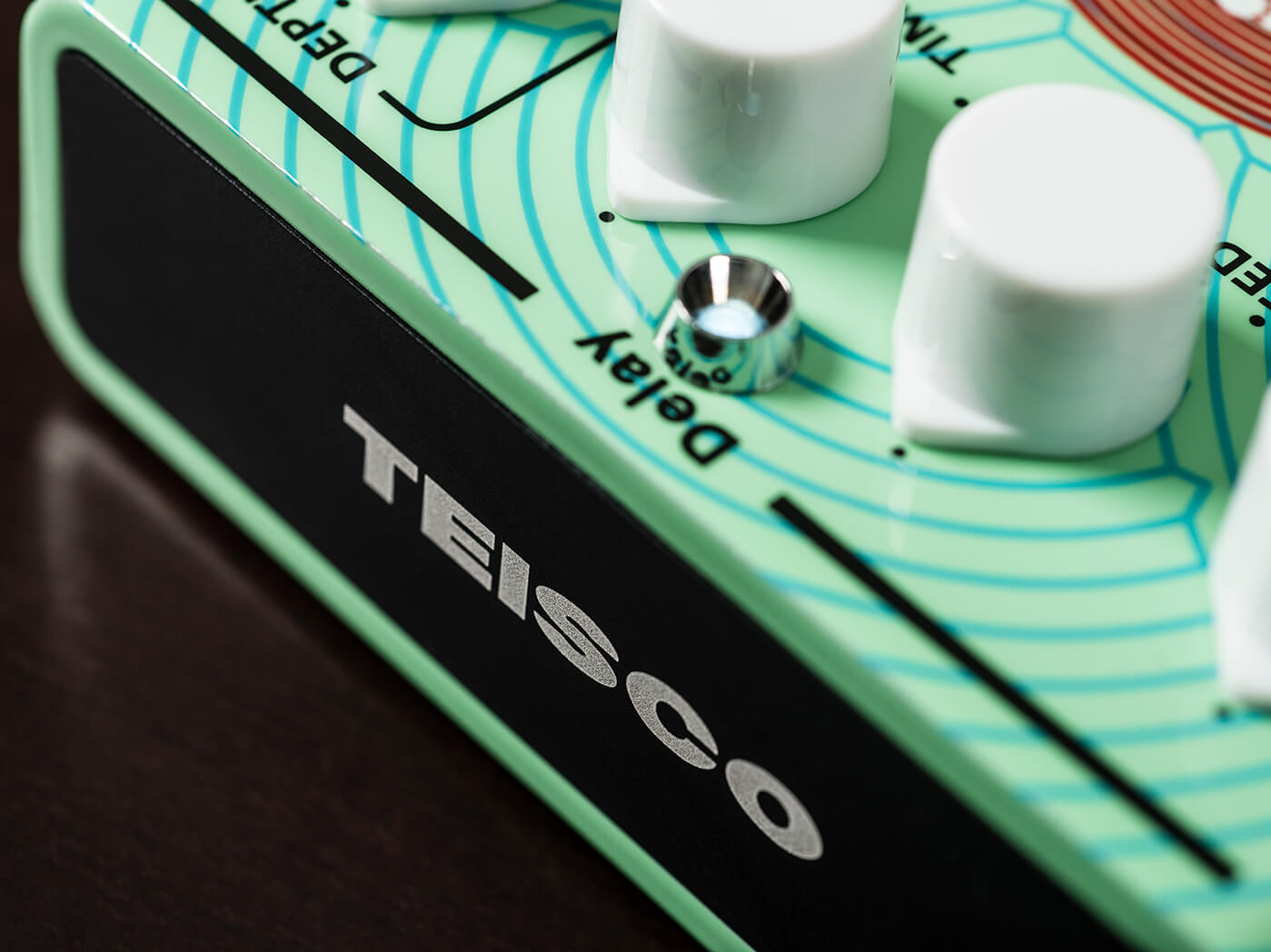 “I have three more records in the can” NOFX’s Fat Mike on why the band’s final tour is far from the end for the...