Two of the biggest brains in British pedal-building combine forces once again to create updated versions of a pair of legendary dirt machines. 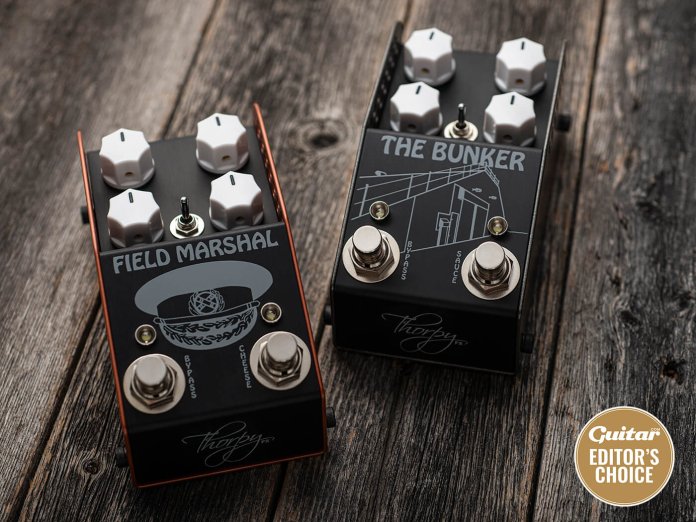 These two pedals represent the most exciting development yet in the ongoing collaboration between Adrian Thorpe, arguably the most respected name on the current UK stompbox scene, and Dan Coggins, the man who pretty much brought that scene into existence.

The pair have already worked together on a bunch of designs over the last couple of years, but this is the first time ThorpyFX has revisited Coggins’ near-mythical Lovetone effects of the late 1990s.

If you’re aware of the Lovetone legend – and you should be, because the list of famous players who’ve used these units ranges from Johnny Marr and The Edge to Kirk Hammett and Jimmy Page – then all you really need to know is that the Field Marshal is an updated version of the Big Cheese fuzz and The Bunker is based on the Brown Source overdrive.

Original examples of both are now ultra-rare and selling for daft money, while the Big Cheese recently earned the honour of a ‘faithful and extremely accurate recreation’ by JHS Pedals. So their rebirth in ThorpyFX form, with some interesting additions to both circuits, is potentially very good news indeed. 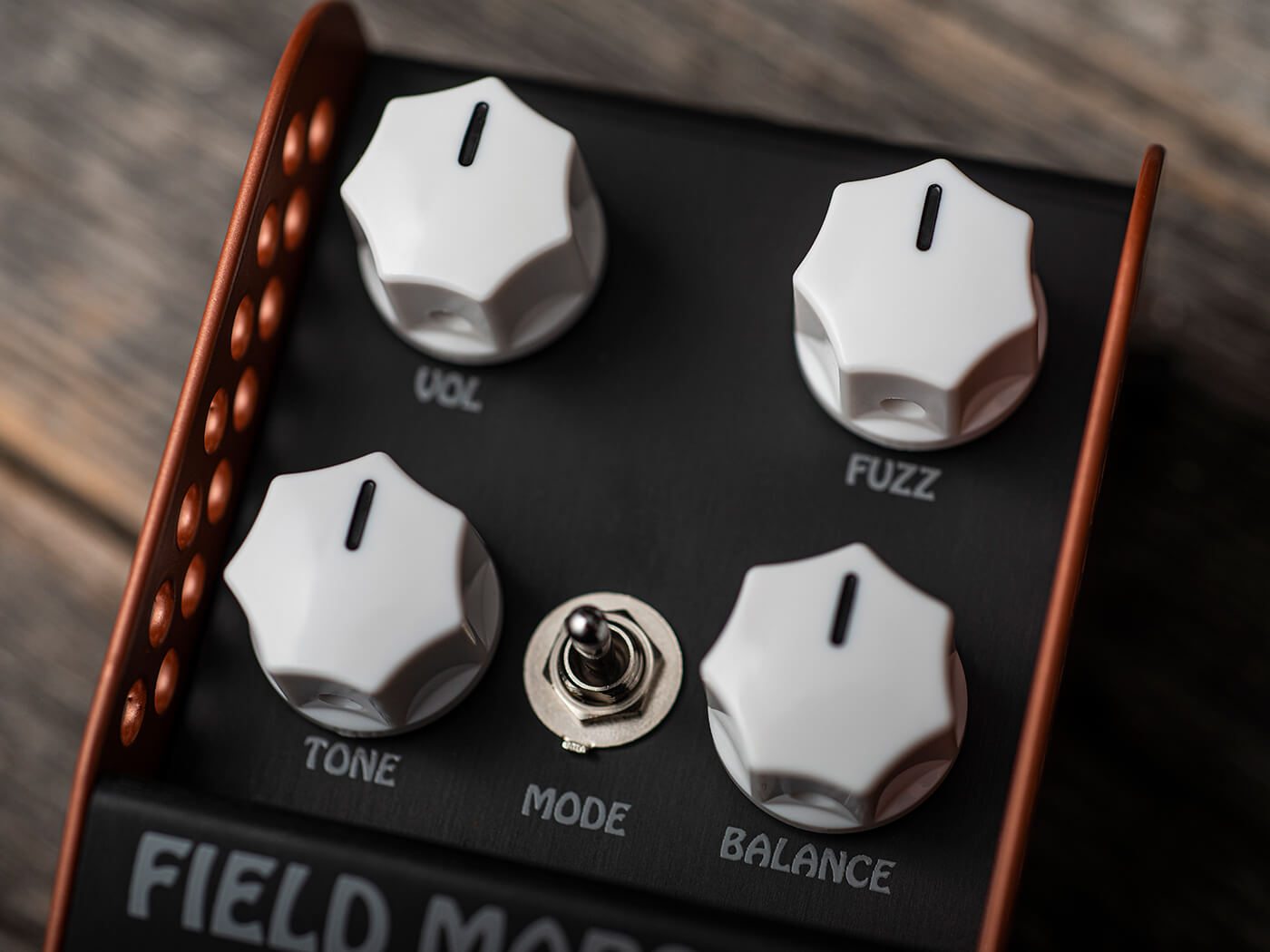 The Lovetone Big Cheese is a hulking great pedal that specialises in thick and throaty fuzz with an aggressive edge. Launched in 1995, the same year as the Z.Vex Fuzz Factory, this was one of the first modern stompers to offer a ‘voltage starvation’ gating effect – and we’re yet to hear another that does it quite so musically.

The Field Marshal nods to its predecessor in the orange finish of its metal ‘walls’, and we’re assured that in circuit terms this is basically the same pedal, only with more output and less noise. There is one obvious difference in terms of functionality, though: the four-way rotary tone switch has been replaced by a three-way toggle, with the fourth mode – tonestack bypass – now accessed via a second footswitch. This is effectively a built-in boost, and the balance control lets you adjust its output level.

Slightly confusingly, the pedal that doesn’t have ‘Marshal’ in its name is the one that’s supposed to sound like a Marshall. As a Plexi-style overdrive, The Bunker is coming into a much more crowded market than the Lovetone Brown Source ever did, but if class really is permanent then it certainly has the pedigree to compete. 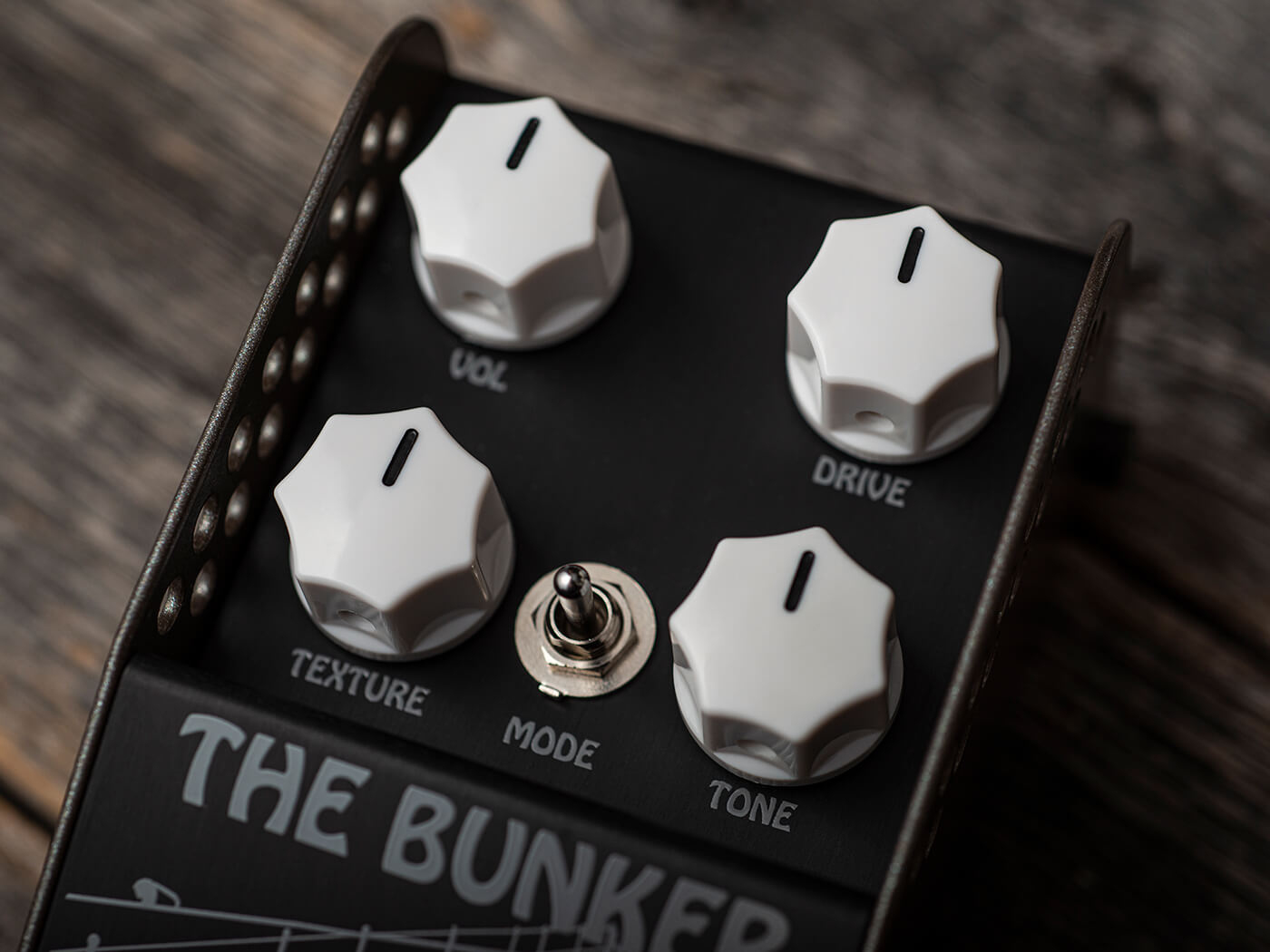 As with the Field Marshal, the original unit’s four-way tone selector has made way for a three-way toggle plus a second footswitch for bypass mode, but there’s no control for the boost level here: instead we get a knob marked ‘texture’. Intriguingly, this promises to change the ‘quality and layering of the clipping’ for different flavours of harmonic richness beyond the Brown Source’s original low-gain offering.

These are both beautifully made pieces of kit that feel almost indestructible. The pedals’ matt black finish is a striking and stylish differentiator from the rest of the range, with the added bonus of making the control-panel text much easier to read from a standing position than Thorpy’s regular combination of laser-etched typography and polished steel. It’s just a pity that, possibly for legal reasons, the pedals themselves bear no overt references to their Lovetone heritage. 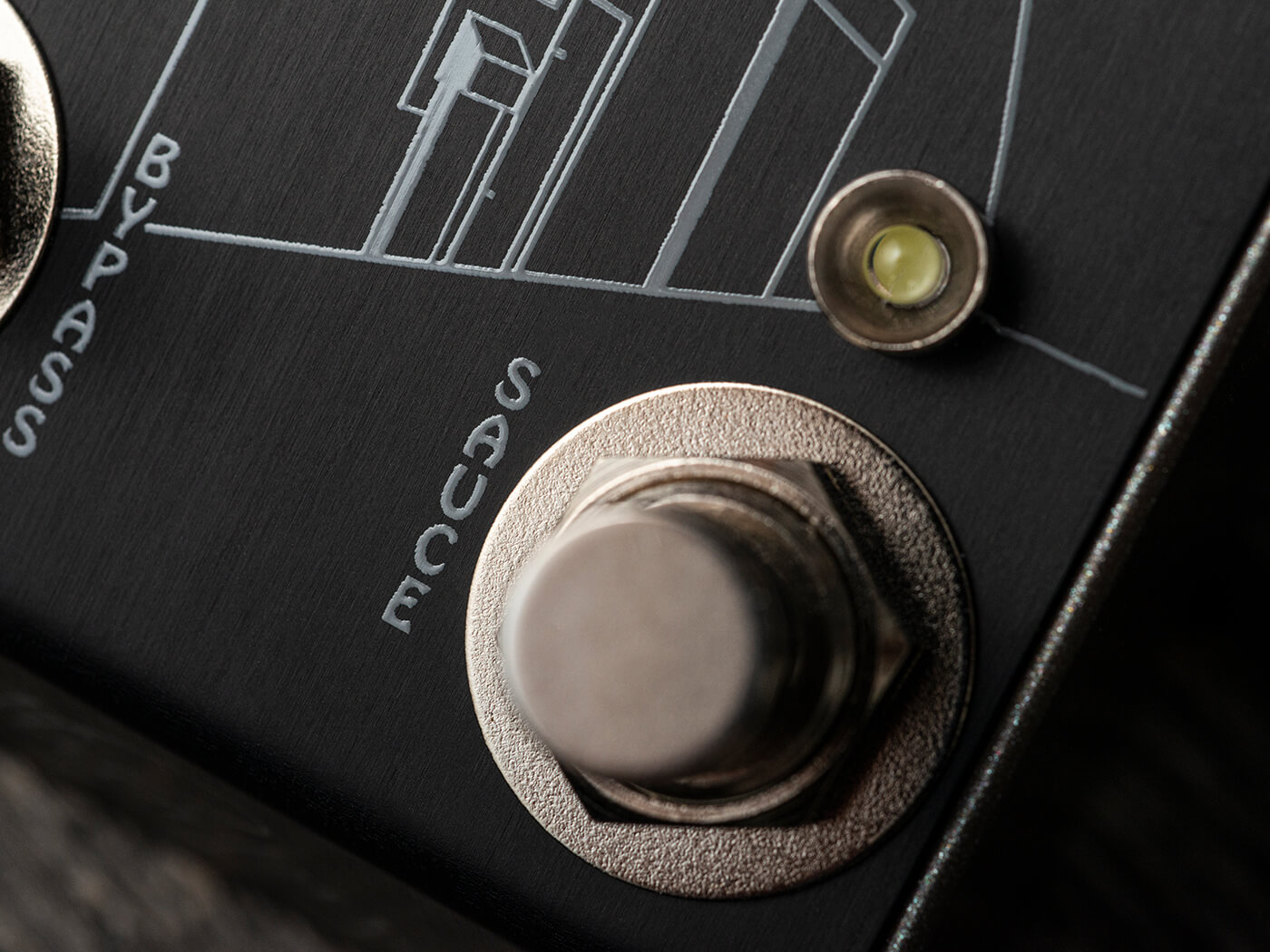 As it holds the highest rank in the Army, the Field Marshal naturally goes first. SG and clean-ish amp at the ready, we begin with all the knobs pointing roughly northwards, and the mode switch in the middle position for slightly scooped mids.

Although the manual describes this as a ‘supremely nasty’ fuzz, it would be wrong to think of it as a lo-fi rasper: there is a spittiness to the distortion but tonally it’s rich and full, with a gravelly roar to big chords that’s instantly seductive. Single notes have an elastic quality that hints at the squishy effects available in gated mode, and there are appealing sounds to be found all the way around the tone dial – plus clonky, British-voiced variants accessed by switching down to ‘mid boost’ mode.

The fuzz control can be maxed out for ultra-thickness and compression or pulled right back for a more open sound; and as with some vintage fuzzes, you can also lighten things up dramatically by dialling back the guitar’s volume control. Oh, and of course there’s the boost footswitch, which overrides both the tone control and the mode switch to release some midrange-thickening shunt. 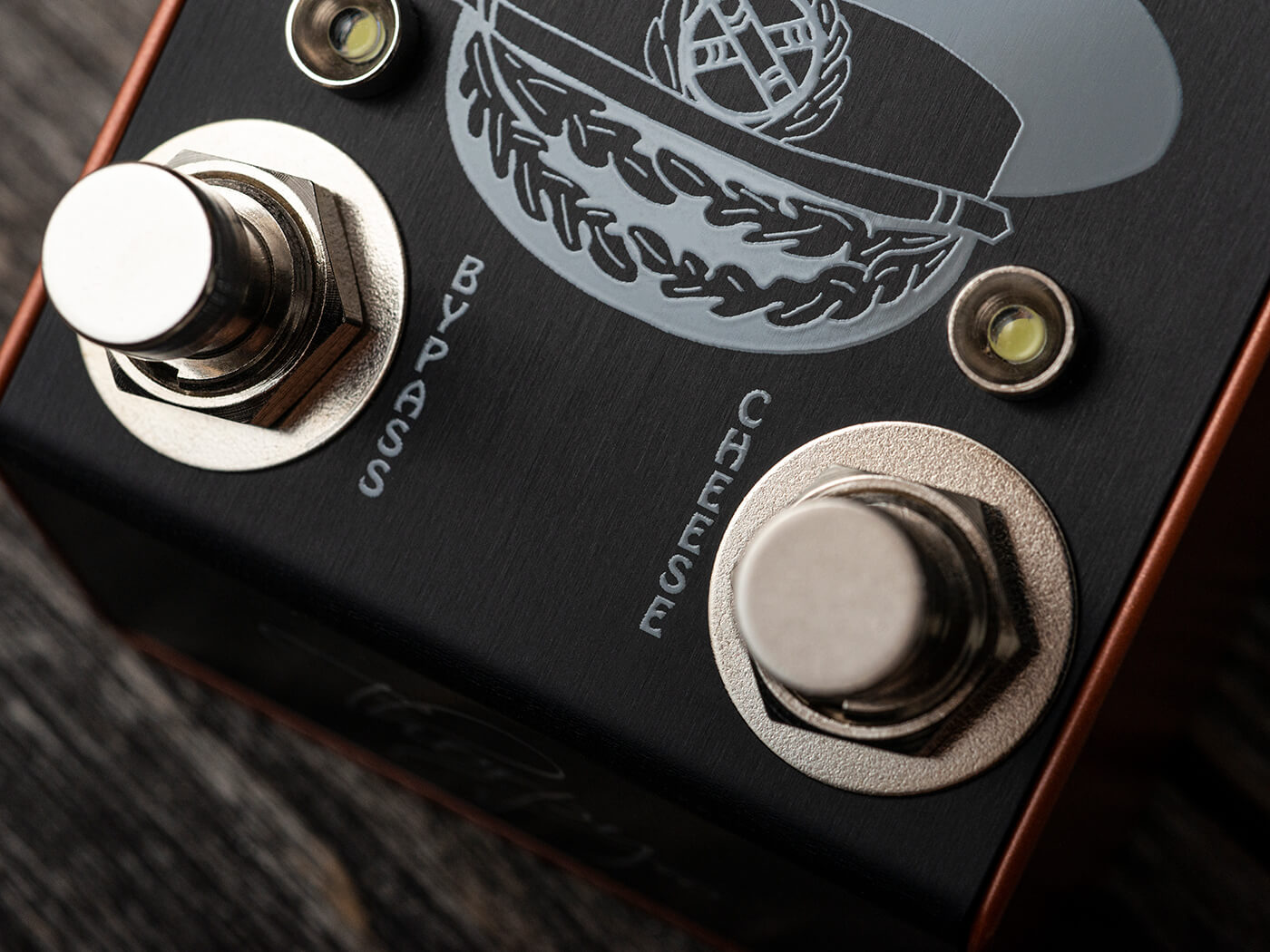 Finally, we flip up the switch for the gated stuff… and it’s bang-on. You’ll know exactly what to expect here if you’re familiar with the Big Cheese-driven Wilco classic /I’m The Man Who Loves You/. It isn’t about extreme glitchiness – with the fuzz knob acting as a threshold control, it’s possible to dial in just as much ‘pinch’ as you want, with no worries about abrupt cut-offs. That makes the Field Marshal easier to live with than some gated fuzzes, as well as being simply nicer-sounding than most.

We haven’t much space left to talk about The Bunker, but luckily this one is a simpler proposition: it’s just a really, really good ‘Marshall in a box’ pedal. Its core character is open and zingy in the top end but ruthlessly tight in the bass, with that oh-so-British snarling midrange very much to the fore – especially if you flip the toggle switch to the down position, which could almost be described as ‘cocked-wah mode’. 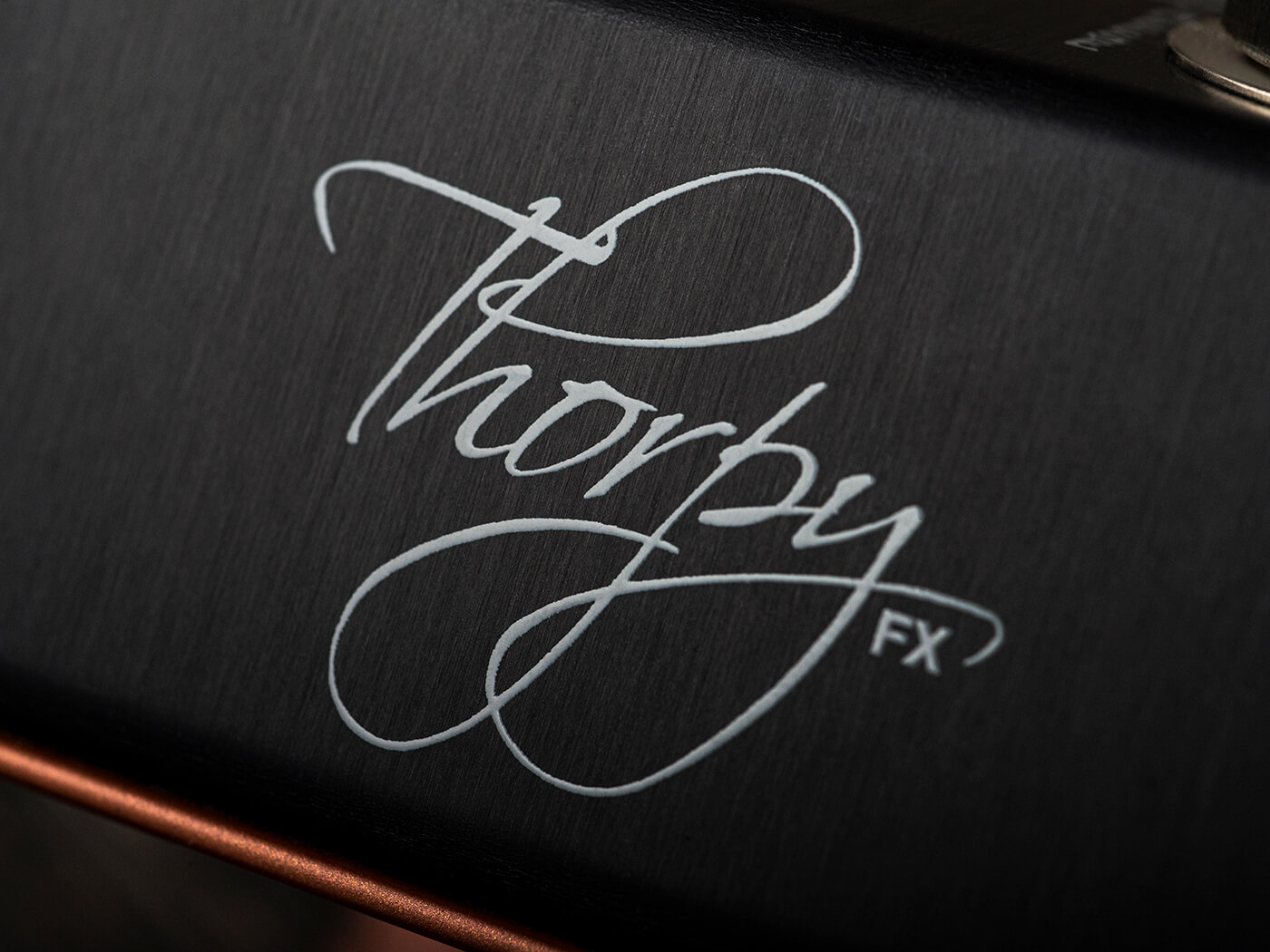 The middle position is generally best if you’re using humbuckers as it really ups the chiming presence, but it’s actually the new texture control that really sets this unit apart. Turning it anticlockwise brings an increase in chunkiness and saturation that’s quite different to what happens when you crank the drive. Between those two controls and the three treble modes, plus the standard tone knob and the nuclear option of the second footswitch, this is about as flexible and fine-tuneable as Plexi-type stompboxes get.

You can probably tell we’re quite keen on both of these pedals. Bear in mind, though, that the Big Cheese and Brown Source were by far the simplest, most restrained effects in the Lovetone range. If Adrian and Dan decide to go after some of the wilder stuff next, things could get scary. 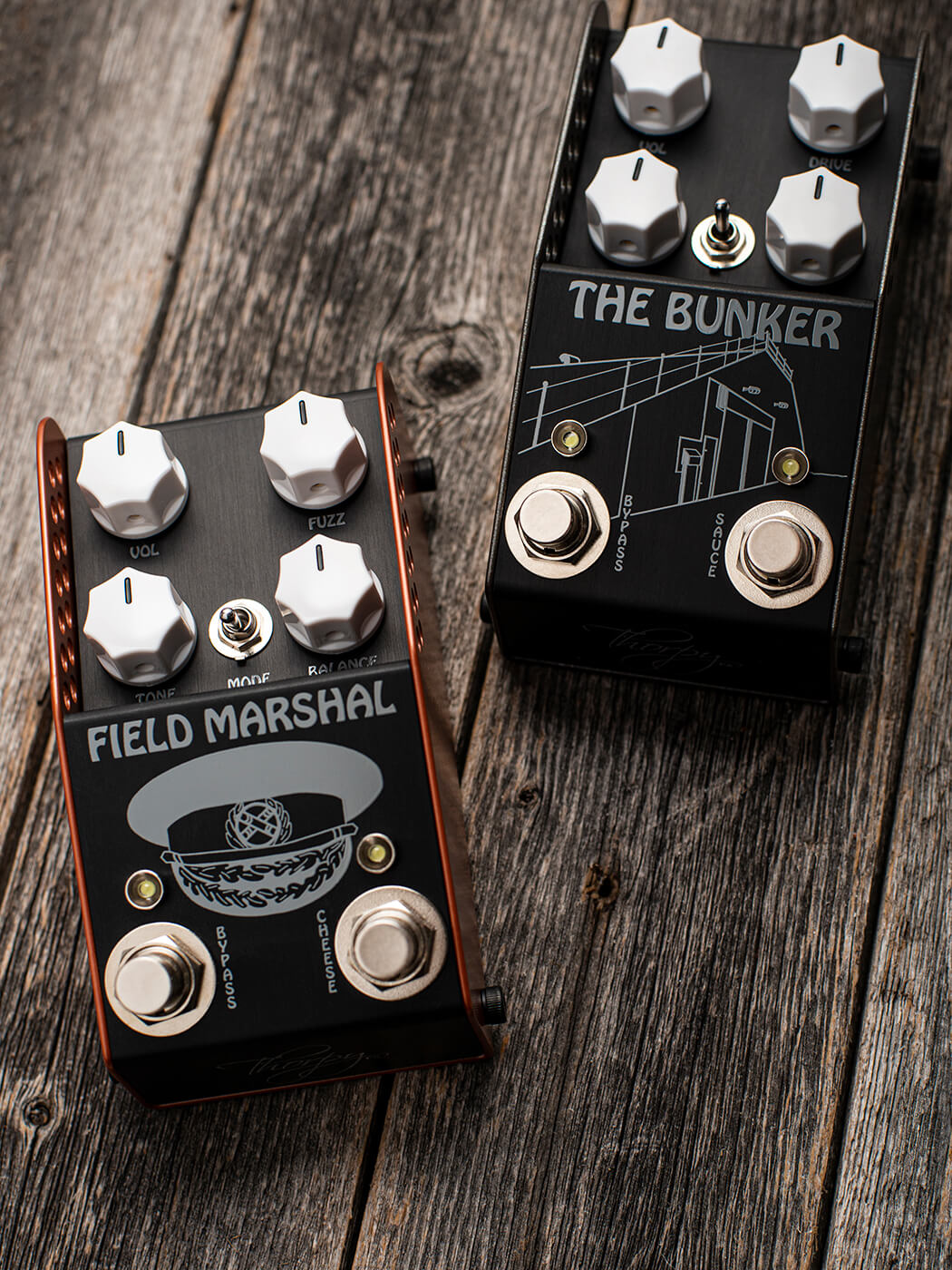