Gunning unapologetically for a certain little black box from California, Walrus’s first amp and cab sim refines the formula with some interesting tweaks. 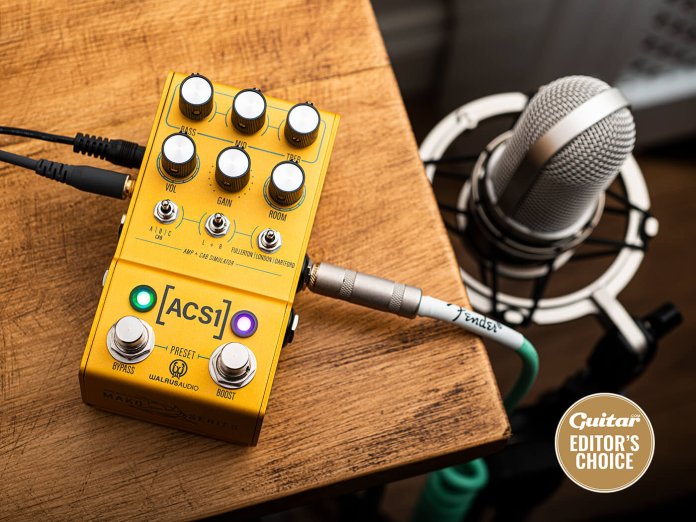 We like it when the Walrus Audio team are in a playful mood, marking out their own creative path and merrily adorning their pedals with evocative names and pictures of people in helmets. They’re not doing that here. With the ACS1, a digital amp and cab simulator, the Oklahomans appear to be taking a direct swipe at the Strymon Iridium – but can you blame them?

The arrival of the Iridium in late 2019 turned out to be a bit of an iPhone moment: it wasn’t the first device of its type, but it was the first to do its job with such clarity, simplicity and downright quality that it effectively created a whole new product category for itself. And the Walrus ACS1 is its first heavyweight competitor.

Like the Iridium, this is a compact solution for letting you do whatever you’d normally do with an amp, without an amp. The two obvious applications in these gig-free times are silent home recording and headphone practice, but the small format and standard 9V power requirement mean it’ll be at home on any pedalboard should you ever get the chance to play to a wider audience than your pets.

Also like the Iridium, the ACS1 is built around three vintage amp models – one mimicking the clean tones of a black-panel Fender combo, one the meaty crunch of an early Marshall, one the squishy crispness of a Vox – with a range of impulse responses emulating mic’d speaker cabinets. You only get six cabs here rather than the nine of the Strymon, but again you’re free to mix and match across models, and to load up any IRs you already own. 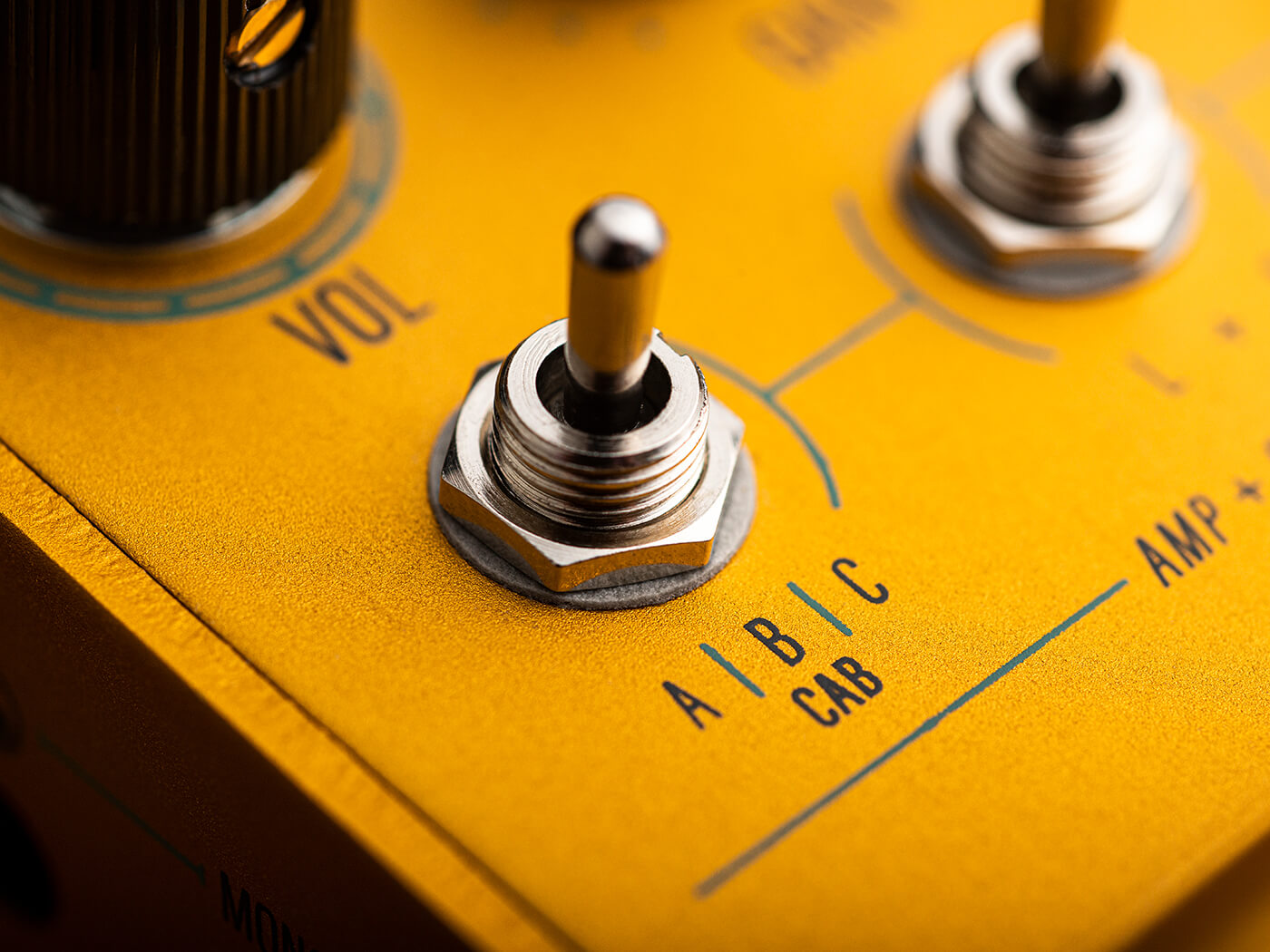 The control layout is so similar to that of the other pedal we’re almost embarrassed to describe it: the six knobs are bass, middle, treble, volume (‘level’ on the Iridium) and gain (‘drive’), plus ‘room’ for taking the artificial edge off with some natural-sounding reverb. Then you get a toggle switch for the three amp models and another for cab A, B or C.

But wait! There’s another little toggle switch marked ‘L + R’… and it’s important. Keep this in the middle position and you’ll get the same sound through both outputs; but flip it to either side and you’ll only be changing that half of the signal – which means you can put the same amp model through two different cabs at once, or build a stereo image with two totally different sounds. The stereo inputs mean you can even plug in two guitars at the same time, each running through its own independent amp and cab then on to its own recording channel.

Here’s where it gets a bit controversial, though. Having two channels but only one set of controls means this unit is reliant on editable presets, with three available through the footswitches or 128 via MIDI. As with the D1 delay and R1 reverb, there’s no manual mode where the dials are always pointing to their true positions.

That might put off some players who are being tempted away from their real amplifiers for the first time; let’s hope the ACS1’s tones are good enough to make up for it. 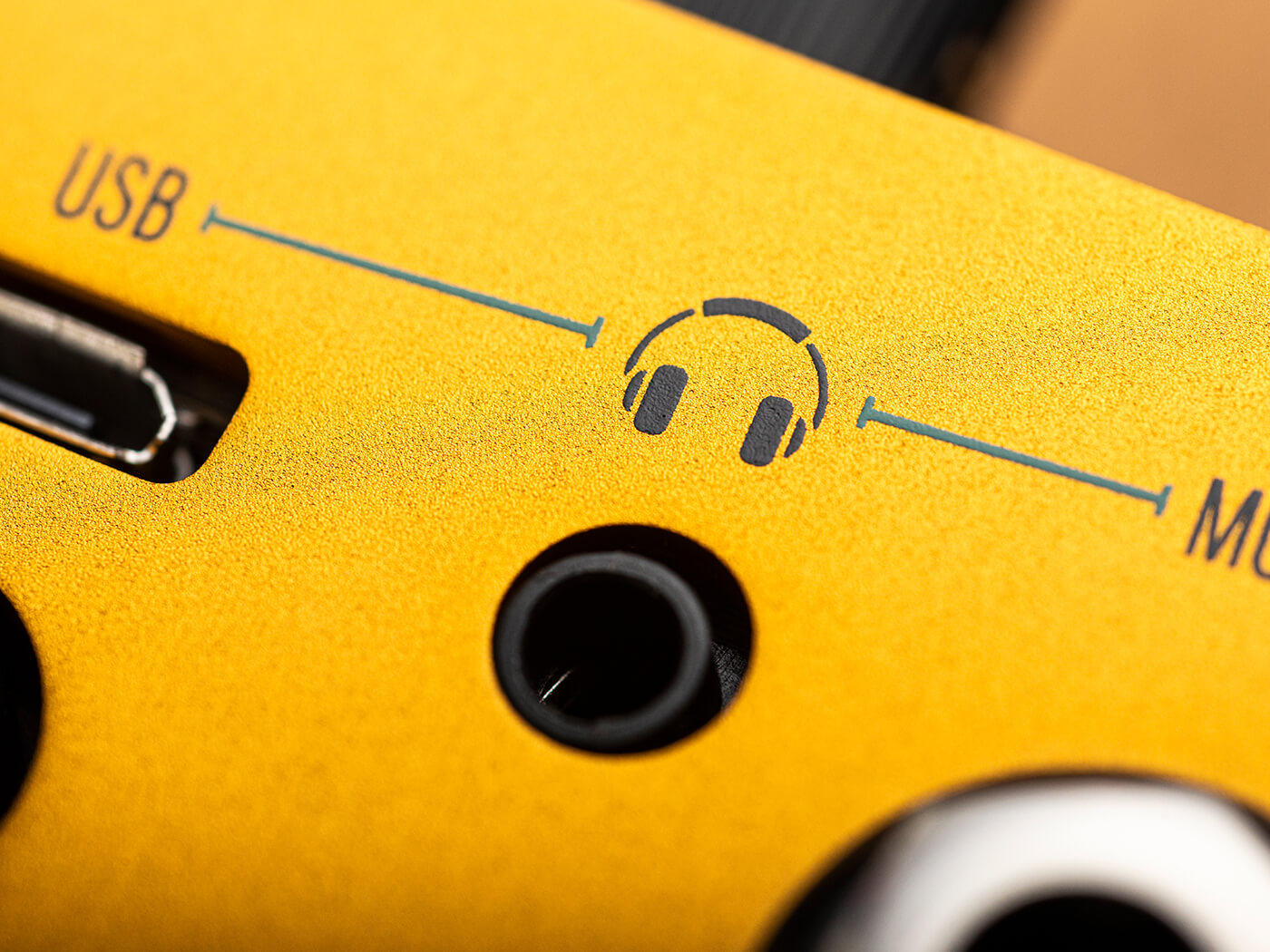 One thing to bear in mind when judging a device of this kind is that it’s not only emulating the sound of an amp and speaker, but also a carefully selected and placed microphone in a professional recording space. In theory, it shouldn’t just sound as good as what you’d get using traditional methods in the average home studio, but better.

Sparking up the pedal in mono mode, the first preset – based on a Fender Deluxe Reverb – twinkles from our monitors with instant prettiness. It sounds bang-on, with an openness to the mids and a roundness to the bass that makes Strymon’s effort sound ever so slightly flat in comparison.

That cab switch isn’t quite the same as the one on the Iridium: it’s universal, rather than calling up a different set of IRs for each amp model, so you’ll need to keep it on ‘A’ for the two Fender-matched cabs – the second being accessed by holding down the bypass footswitch. Your choice is between the standard 1×12 and the 4×10 of a Super Reverb, which offers the same basic sound but with a smoother, deeper voice. It’s no less lovely – and no less effective as a platform for dirt pedals.

Now we move from Fullerton to London, where Jim Marshall first built his 2×12 ‘Bluesbreaker’ combo. If that nickname already has you thinking about Clapton and the Beano album, the first thing to note is that you might struggle to get those high-powered lead tones without a little external help: the ACS1 has much less gain on tap than the average Marshall-in-a-box preamp – or indeed the Iridium. But the core tone is addictively fluffy, and a gentle shunt from a Tube Screamer is all it needs to properly sing. 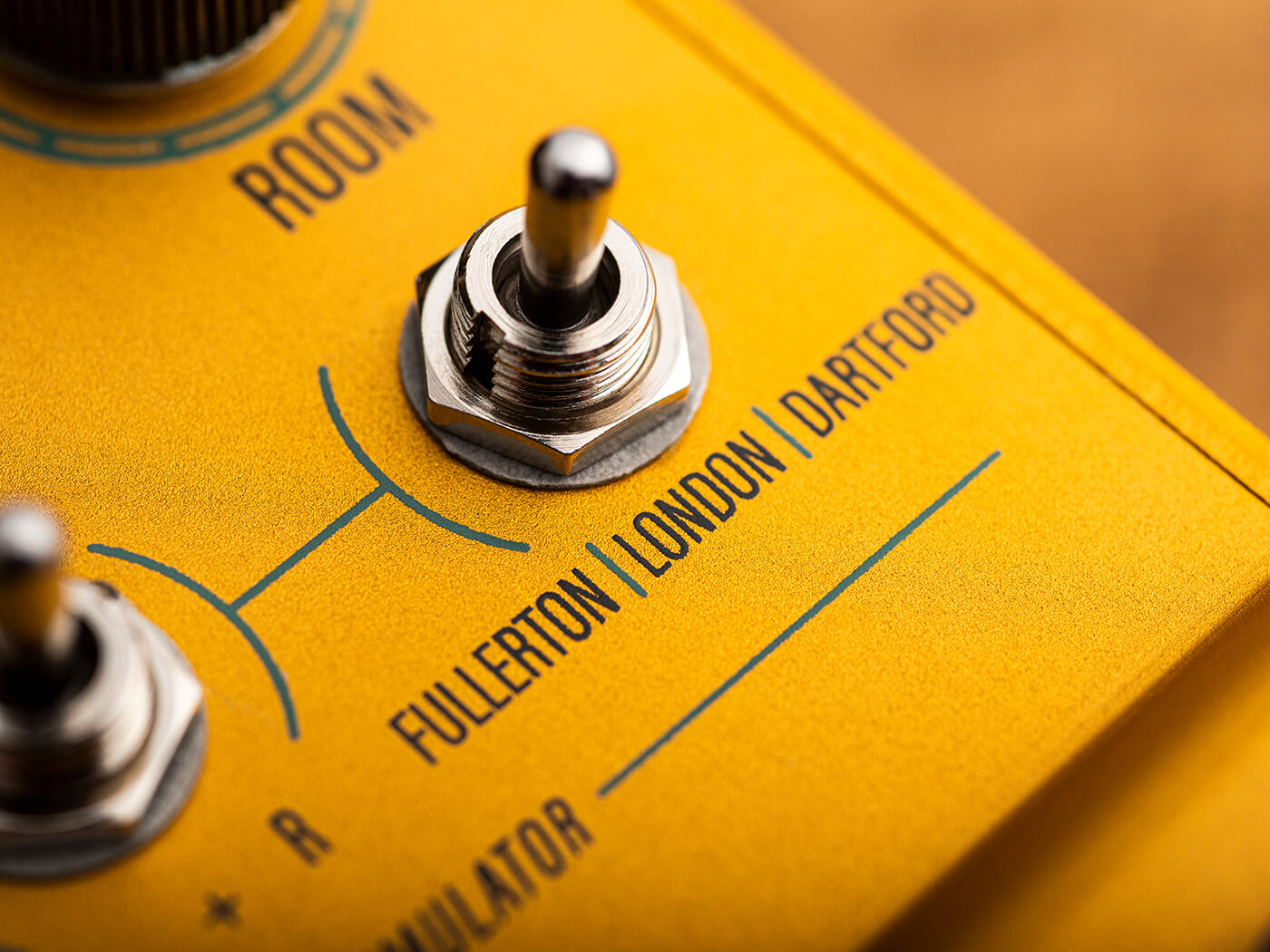 The onboard boost isn’t quite so helpful – this is just engaging a secondary volume and gain setting rather than adding anything extra – but it’s a handy feature to have anyway. Your cab choice here is Marshall or Two Rock, each bringing its own distinctive and lifelike character.

The appearance of the name ‘Dartford’ on a pedal of this prestige is sure to amuse anyone who’s ever been there, but the humble Kent town is the birthplace of the Vox AC30. Our initial impressions of this model were not good at all… but then came a major firmware upgrade, tightening up the bottom end and adding bags more zing at the top. Again it can’t compete with Strymon’s version for gain range, but it’s a close match in terms of pure tone, whether you select Blue speakers or Greenbacks.

Teaming an amp with a ‘wrong’ cab is a simple matter of flipping the left-hand switch into one of the other positions, and there are plenty of interesting options to explore. Likewise, sending different sounds to each of the two outputs opens up all manner of possibilities, and not just for stereo imaging: you might, for example, record a trebly sound on one channel and a much bassier version on the other, then finesse your tone in the mix by blending between the two.

You’ll need a microUSB data cable and the Chrome browser to use Walrus’s IR Manager, a simple tool for loading your own responses into the pedal. We had some fun with this – there are loads of freebies out there and anything in WAV format will work – but the solid quality of the factory presets pulled us back in the end. 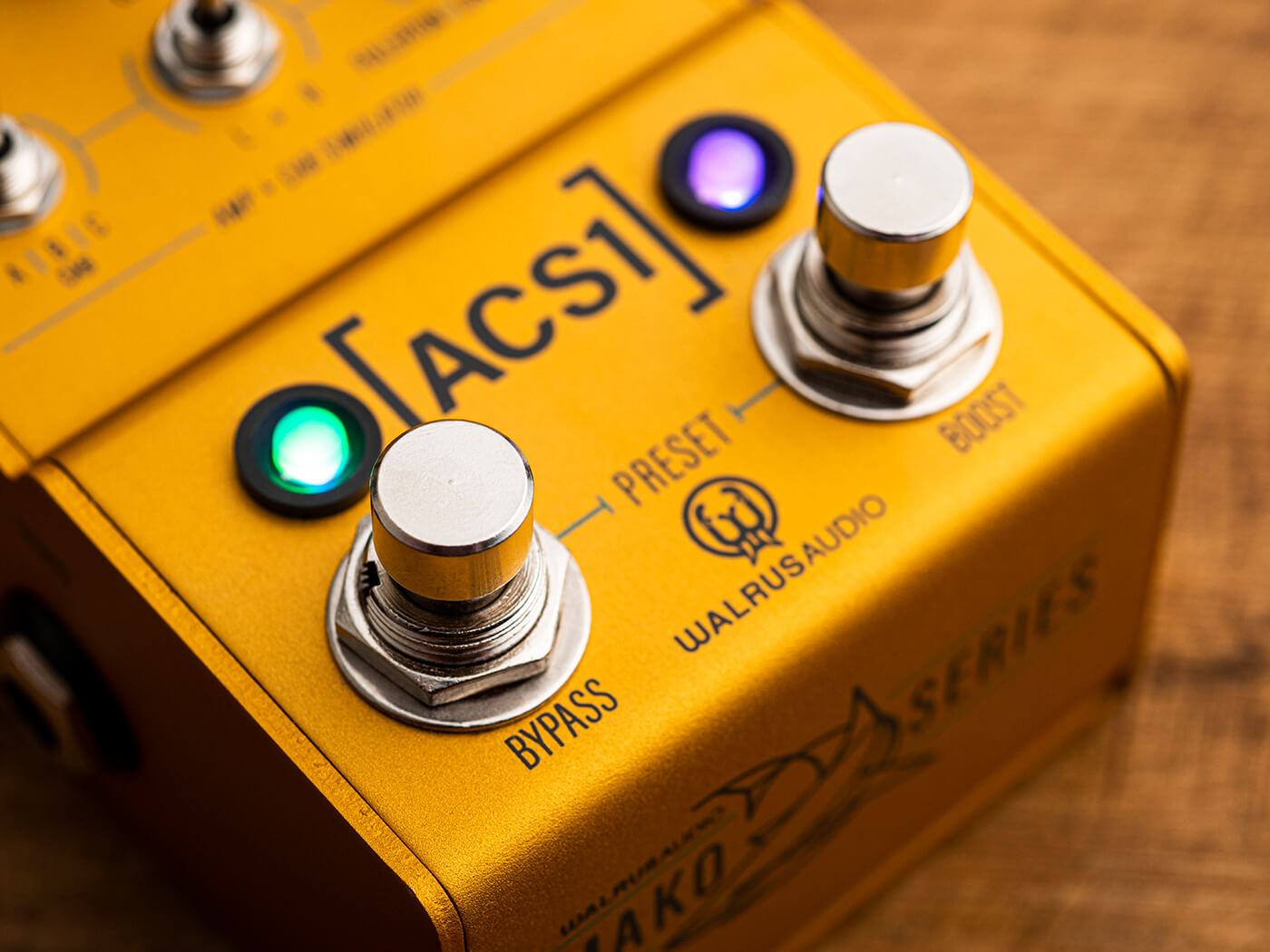 What’s missing? Well, some amp-style tremolo and reverb would have been nice, plus maybe an effects loop and the ability to output digital audio via USB. There’s also a nagging feeling that, in a more philosophical sense, Walrus could have done more to make this product stand apart from its obvious inspiration.

But the one thing really lacking here is the aforementioned manual option. Being tied to presets really is a drag at times – would it have been so hard to include a one-channel mode allowing you to control the device like a normal pedal with six knobs and two switches?

That iPhone-like simplicity is the one area where right now the ACS1 can’t compete with the Iridium. Even so, we suspect that for many people the sheer depth and purity of this unit’s clean sounds will be enough to give it an irresistible edge.