From an American brand known for its recording equipment comes an authentically hirsute take on one of the wildest fuzz boxes of the 1970s.

Guitar gear sales have been booming since the lockdown, so maybe this isn’t such a crazy time for Warm Audio – a Texas-based specialist in retro-flavoured microphones and studio outboard – to expand into the realm of stompboxes.

Very much sticking with the vintage vibe, its first pedals are a reborn Roland Jet Phaser and this, a tribute to one of the world’s feistiest octave fuzz boxes: the Foxx Tone Machine. Yes, there are some modern imitations of that 70s classic around already… but how many are covered in period-correct fluffy felt?

In cosmetic terms at least, Warm Audio hasn’t taken any half measures here. It’s not an exact replica like the ‘official’ reissue of a few years back – we’re pretty sure the Foxx was never available in this lovely tangerine colour for a start – but for better or worse, the overall form of the pedal is faithful to its inspiration: unfashionably wide, with the knobs along the front edge and the sockets the wrong way round on the back.

There are some concessions to modernity, however. The controls are more spaced out than on the original; and while it does still have a battery compartment, there’s also a 9V adapter input. You even get a tiny LED next to it, but that’s just to indicate power, not bypass status.

Build quality feels impeccable and Warm Audio has sourced some of the same Fairchild 2n3565 germanium transistors that powered the original Foxx, so we’re expecting a blast of uncompromising fuzz rage here. 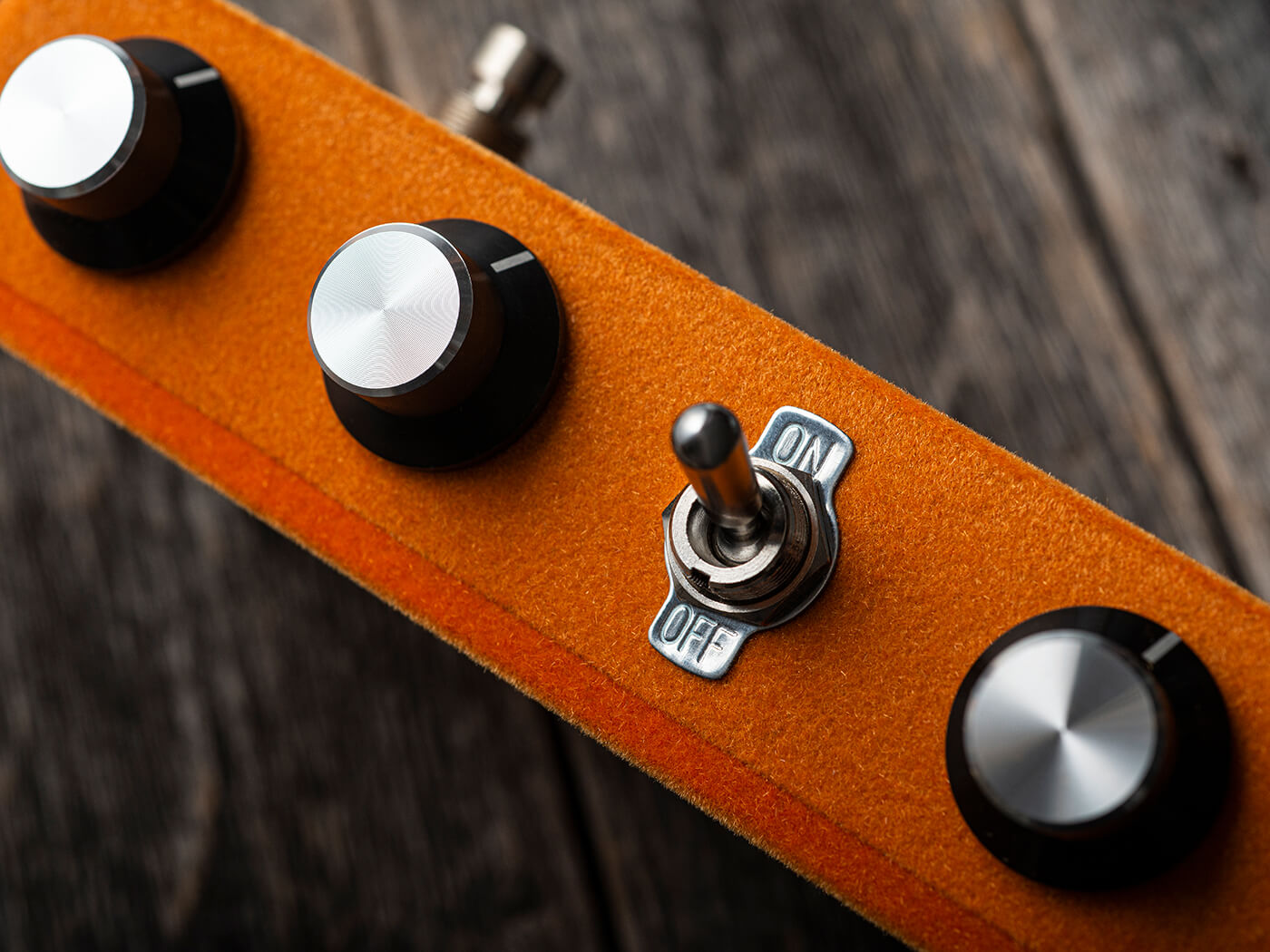 Even with the sustain knob shy of 10 o’clock it’s clear there’s nothing subtle about this pedal. It’s about as thick and syrupy as fuzz gets, with a real analogue synth-like texture to single notes that translates into a nuclear blast of sound when you start grandstanding with power chords.

In tone terms it’s actually fairly uncoloured: the mids don’t get unduly aggressive unless you really push the tone control, and the balance between whumping bass and fizzing treble is easy to manage. As for the gain range, there’s enough of it to make the sustain control worthwhile but not enough that it ever sounds anything less than rampant.

It’s only with the octave engaged that the Foxx’s notorious sonic savagery shows up. The upper octave itself is clearer than most, as long as you’re playing high up the neck and ideally on the neck pickup, but it’s just as much fun to use this as a textural feature – turning every low note into a vicious snarl and every chord into a snowstorm of discordant harmonic overload. A mild gating effect only adds to the drama.

A footswitch for the octave would have been nice… but then, there are lots of things Warm Audio could have done to make the Foxy Tone Box a better fit for modern pedalboards – the thing is, that’s really not the point. If you love the look as well as the sound of the Foxx – and fancy one that’s actually the colour of a fox – this is probably your new best option. 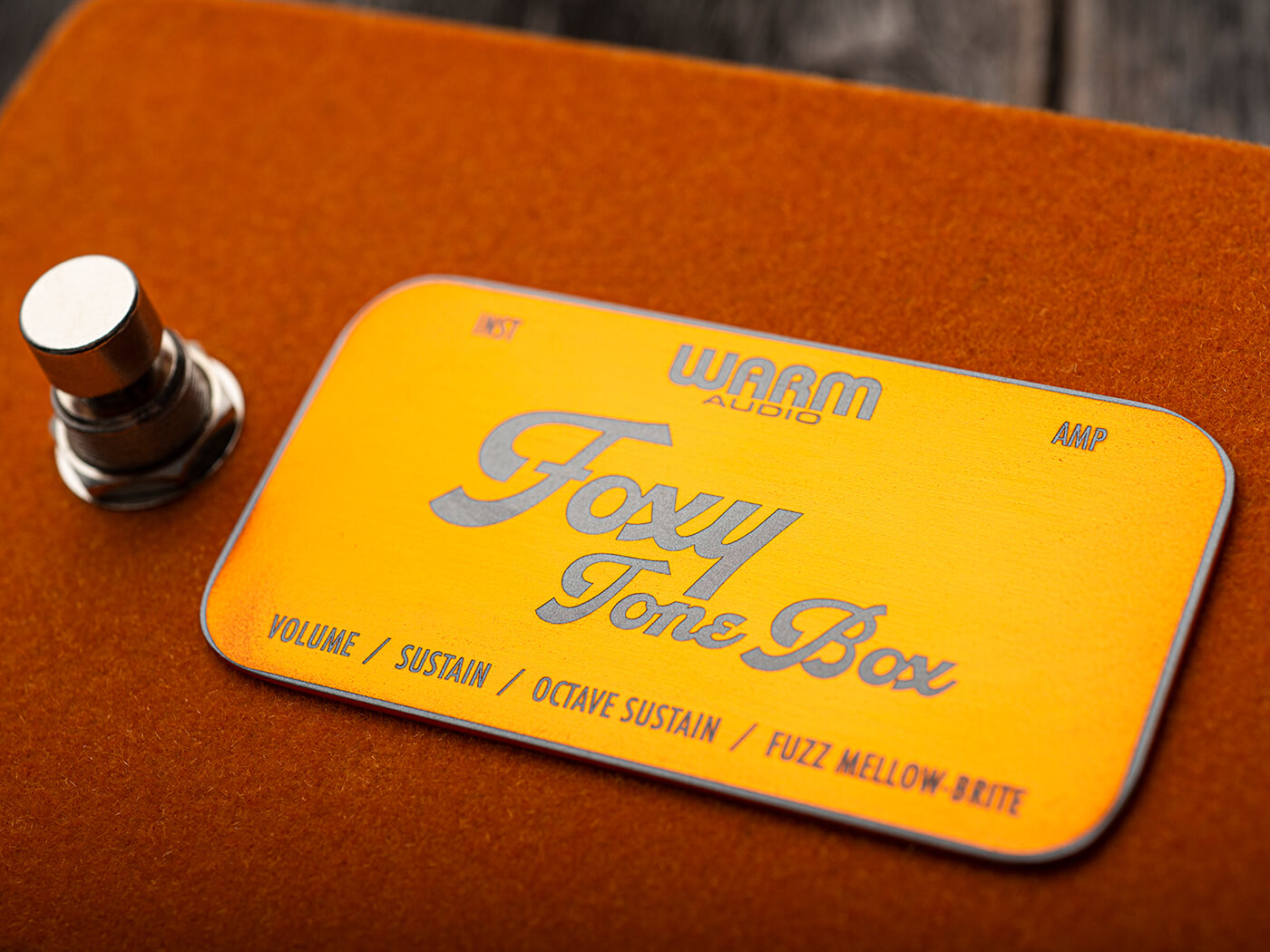