Rift Amplification EL34 review: a nifty little stompbox that gives you more than you need

Yes, Rift has made a stompbox… and this handwired Plexi-style EQ and boost pedal is everything you’d expect from one of the UK’s most respected amp builders.

It would have been easy for Rift Amplification to make its move into the stompbox world with a straightforward medium-gain overdrive in the Marshall-in-a-box mould… but the EL34 is not that pedal. Rift has decided to offer something more by offering something less.

Here’s the angle: the EL34 output valves that powered Marshall’s post-1966 Plexi heads were not only there to create distortion, and sometimes you might want to give your amplifier some of that famous British tone without necessarily making any roof tiles fall off. So Rift’s take on the formula is to focus on EQ rather than gain.

The idea is that you set the pedal’s output volume to match your bypass signal, then tweak the tone knob to dial in just as much of that classic raspy upper-midrange as you desire. But don’t worry if you think Marshall-esque tones without overdrive are like rhubarb crumble without custard: a separate boost circuit with its own gain control lets you add more crunch by stomping on a second footswitch.

It sounds simple – simple enough to make the £249 price look a little optimistic, perhaps – but a peek inside the enclosure will soon make clear where your money’s going: this is a fully handwired device with no circuit boards of any kind, the components linked either directly point-to-point or via a minimal skeleton of perpendicular fixed wires. It really is quite the work of art.

Add to that what we already know about Rift main man (and Guitar.com contributor) Chris Fantana’s ear for high-quality amplification, and you’ve got a unit that’s clearly aimed at the discerning tone-sniffer. 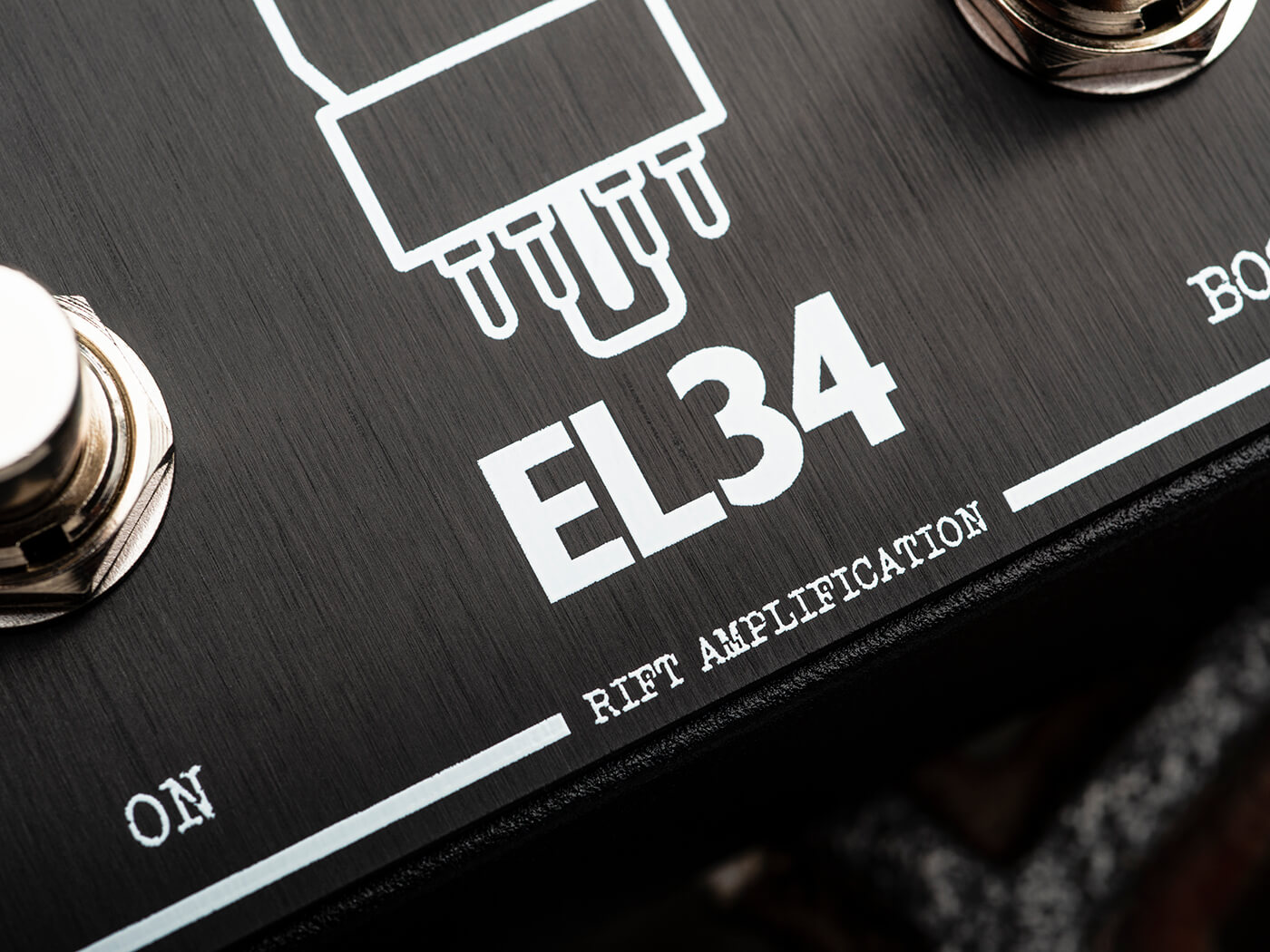 In theory you could run this pedal into any amp, but we’re guessing the most common scenario will be with American-voiced 6V6 and 6L6 types – enabling some instant Atlantic-hopping – so that’s how we’ll do most of our testing.

It takes no time at all to reach the conclusion that, in terms of pure voicing, Rift has absolutely nailed this. With the tone control at noon, our black-panel combo has its low-end bloom gently flattened out while its sweet midrange is corrupted by just the right amount of snarly attitude.

There’s still a little bit of bass cut even when we dial the tone back to around 10 o’clock, but the real entertainment comes when we wind it up instead, bringing on more and more oh-so-British bite without ever getting unpleasantly harsh. And the good news is, all of this is just as effective with an overdriven amp as it is with a clean one, allowing us to sharpen up those buttery tweed tones just like Jim Marshall’s engineers did when they tried to clone a 1959 Bassman and accidentally invented heavy rock instead.

Speaking of overdrive, the EL34’s own extra gain stage keeps things tasteful in terms of dirt levels – there’s no JCM800 fizz here – and emphasises the clonky mids to create a ‘second channel’ with plenty of cut for solos. It’s far from ambitious in terms of functionality, this pedal, but there’s no arguing with the restrained brilliance of its execution.