This signature effects pedal for The Aquabats guitarist Eaglebones Falconhawk offers a refined take on two classic dirtboxes in one blendable unit. 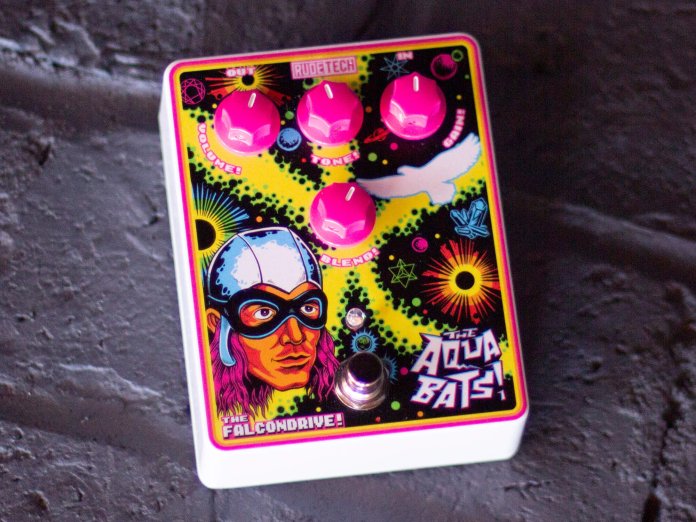 For nearly three decades, SoCal punk rock superheroes The Aquabats have run their own unconventional race. Blending high-energy guitar music with wacky costumes, relentless positivity and a heavy dollop of silliness might not be everyone’s cup of tea, but it’s brought the band legions of fans of all ages, six studio albums and an Emmy-winning kids’ TV show.

Funded through preorders on the band’s own crowdfunding site, Gloopy Industries, the Falcondrive! is the first ever Aquabats guitar product: a partnership between the band’s guitarist Ian Fowles, aka Eaglebones Falconhawk, and Jesse Rhew, founder of Tennessee boutique pedal builder RudeTech.

The aim of the Falcondrive! was simple enough: “I’ve taught a lot of lessons over the years and students always asked me what a good first pedal to buy was,” Fowles says. “I would suggest an overdrive or a distortion. So with the Falcondrive!, I thought it would be nice to have both effects in one pedal so that, no matter what guitar or amp you had, it could be useful. And I wanted it to be a professional-grade pedal built with even the beginner in mind.” 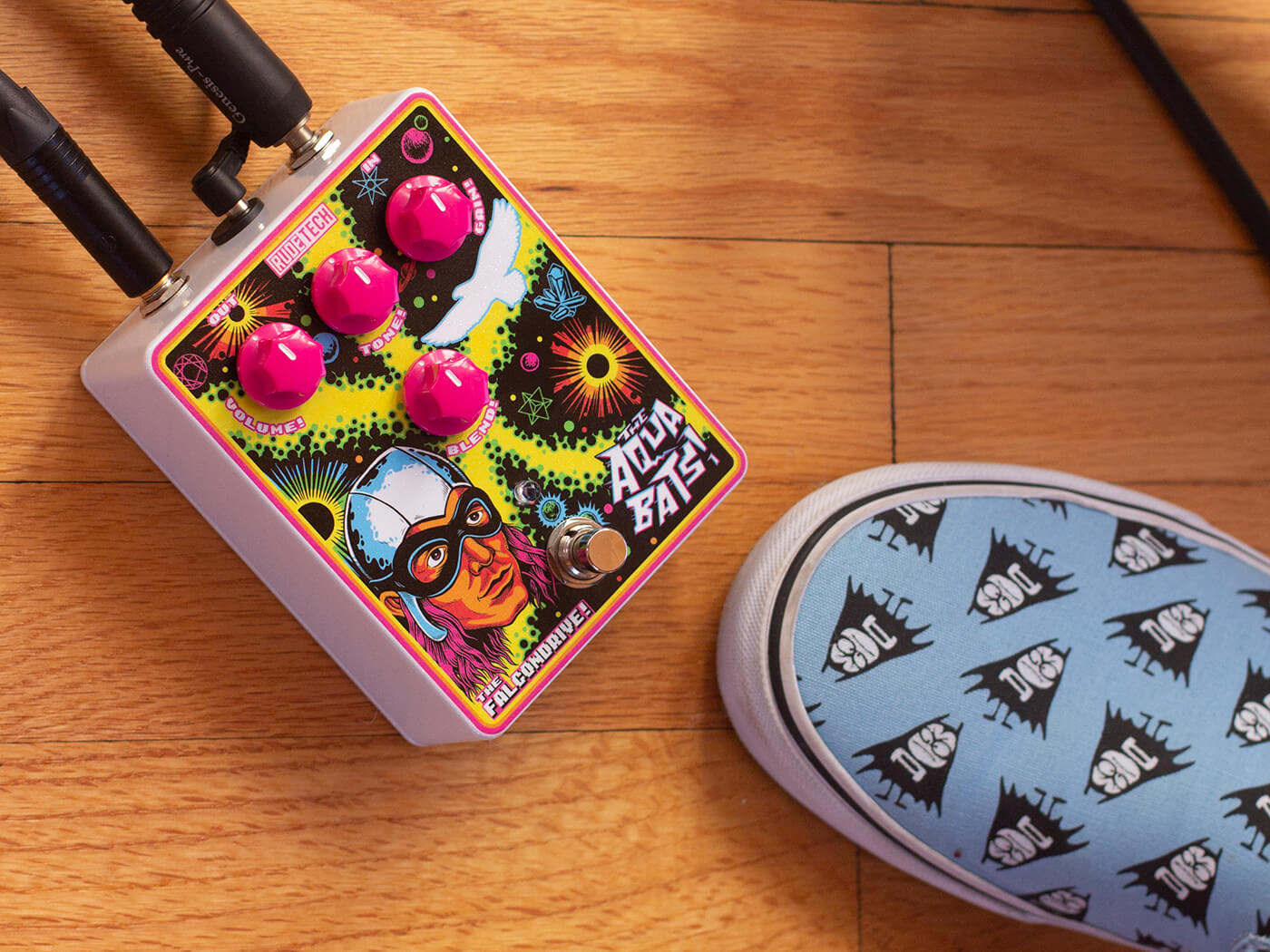 In practice, the Falcondrive! combines two of Fowles’ most trusted pedals in one box – the venerable Boss SD-1 and DS-1 – though both have been heavily tweaked and modded over the years to suit his tastes. It’s all wrapped up in a suitably eccentric sparkly powder-coated enclosure with livery from noted skateboard deck artist Thomas Fernandez adorning the top.

Add a pink LED and pink or orange knobs to the equation, and this is a stompbox that has absolutely zero interest in going under the radar. So let’s plug in and find out if it’s as loud as it looks… 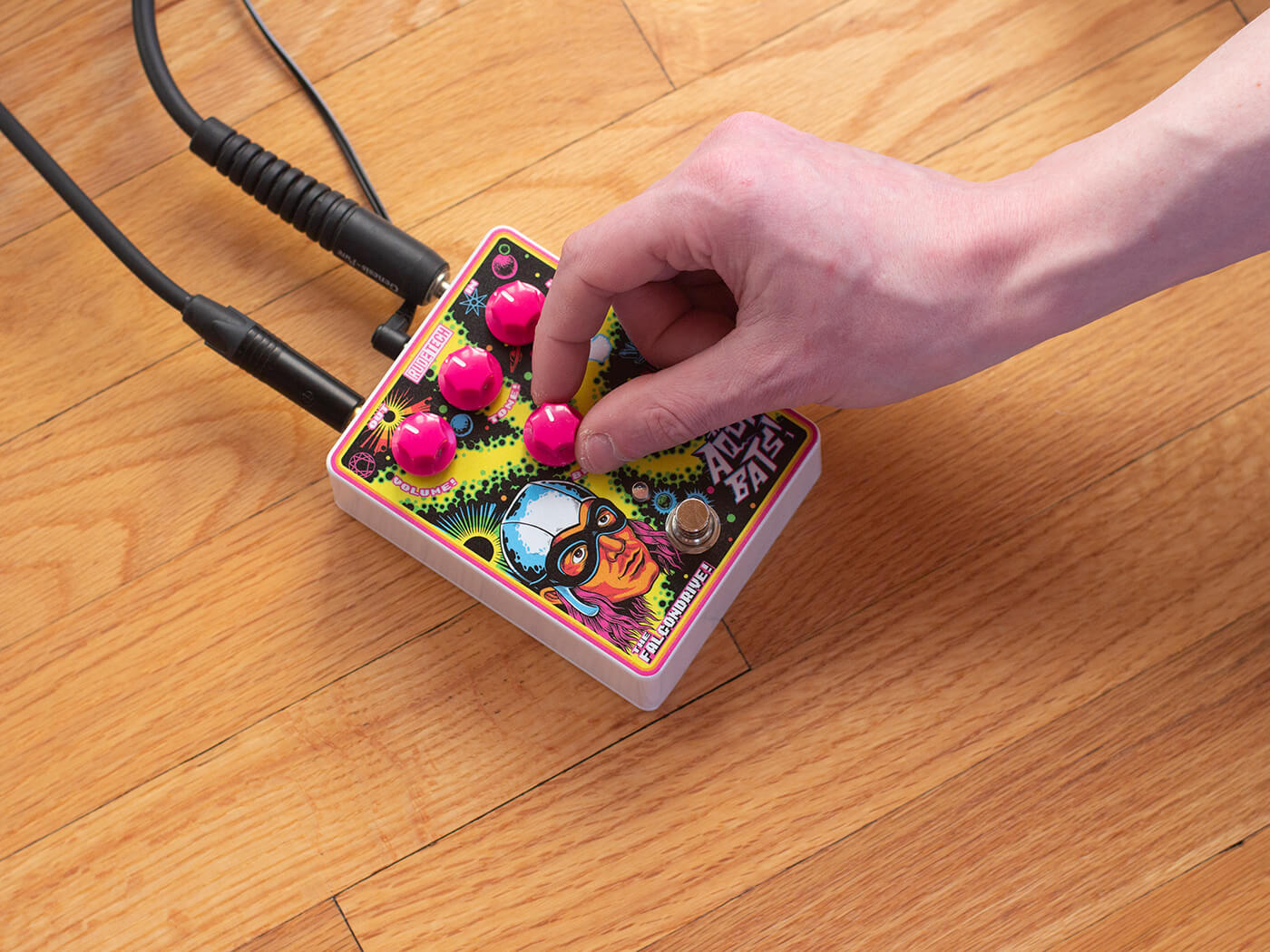 This is the first RudeTech pedal we’ve come across, but first impressions are very good upon removing it from its velvety bag. In his previous life, Rhew was an aerospace scientist who designed and supervised tests on rocket engines for a living, and unscrewing the back panel reveals the sort of meticulous and precise build quality you’d expect from someone more used to sending stuff into space.

The unit itself is straightforward in operation, as befits its stated aim of being a pro-level pedal that beginners can still use: you get a single footswitch and four knobs, three of which are the classic volume, tone and gain, plus a blend control.

Twist that blend all the way to the left and you get the reassuringly punchy overdrive of the modded SD-1, while to the right things get noticeably more metallic as we switch to the DS-1; all points along the sweep give you varying levels of each. 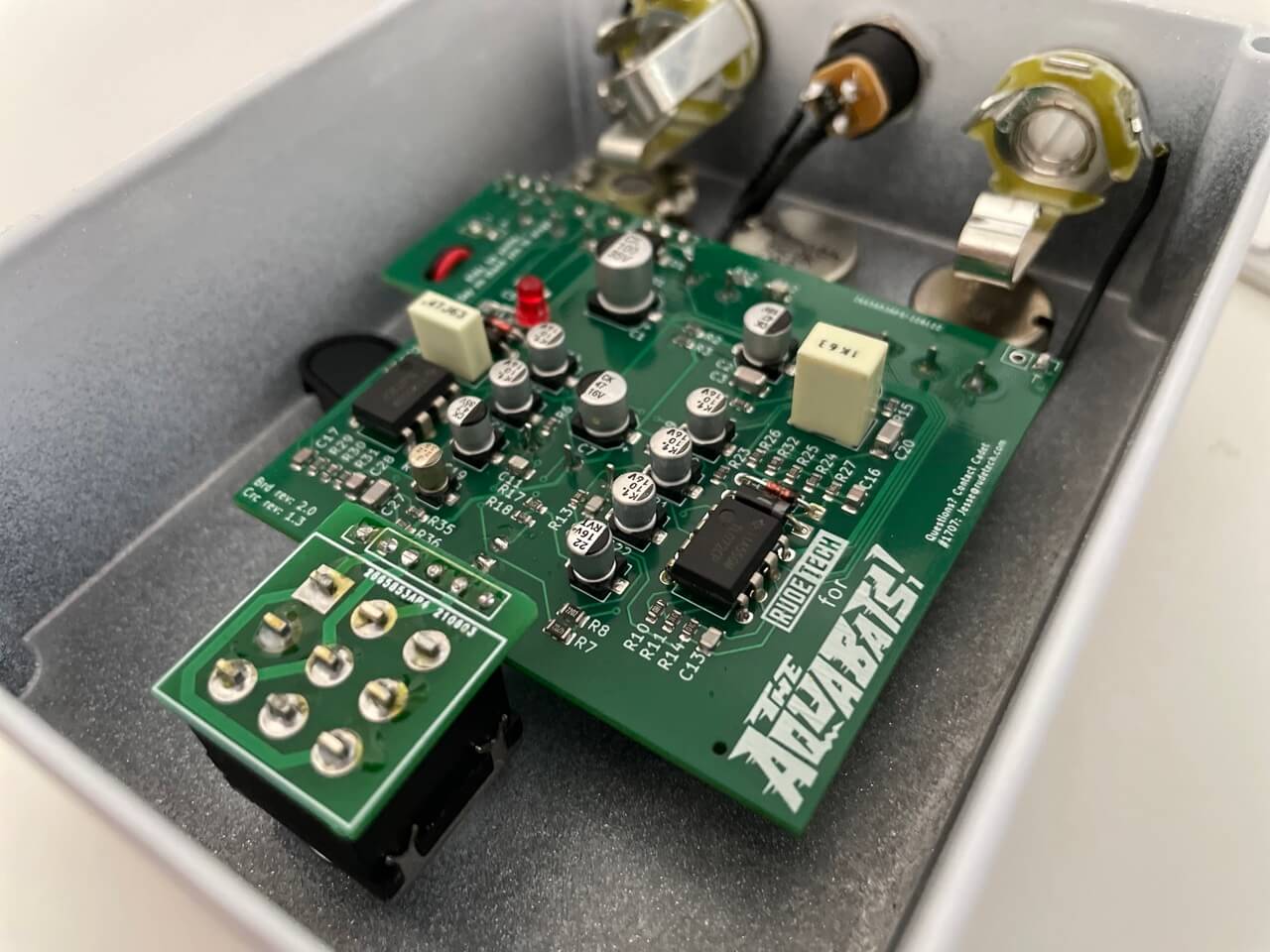 If you’re reading this, chances are you know what to expect with an SD-1 or a DS-1, but Fowles’ mods definitely add something different to the equation – there’s a more rounded and full bottom end to the EQ, making for a meatier tone that’s hard to switch off, especially with the wide array of variably dirty sounds on offer from the blend knob.

If we’re splitting hairs, it would be nice to have independent gain controls for each side, and maybe even independent footswitches, but that’s perhaps complicating matters beyond its stated aim of being an ideal first step into the world of boutique stompery for novices. It might not be the cheapest pedal with that in mind, but for two effects in one it’s still a good deal – and a fun time for all the family. 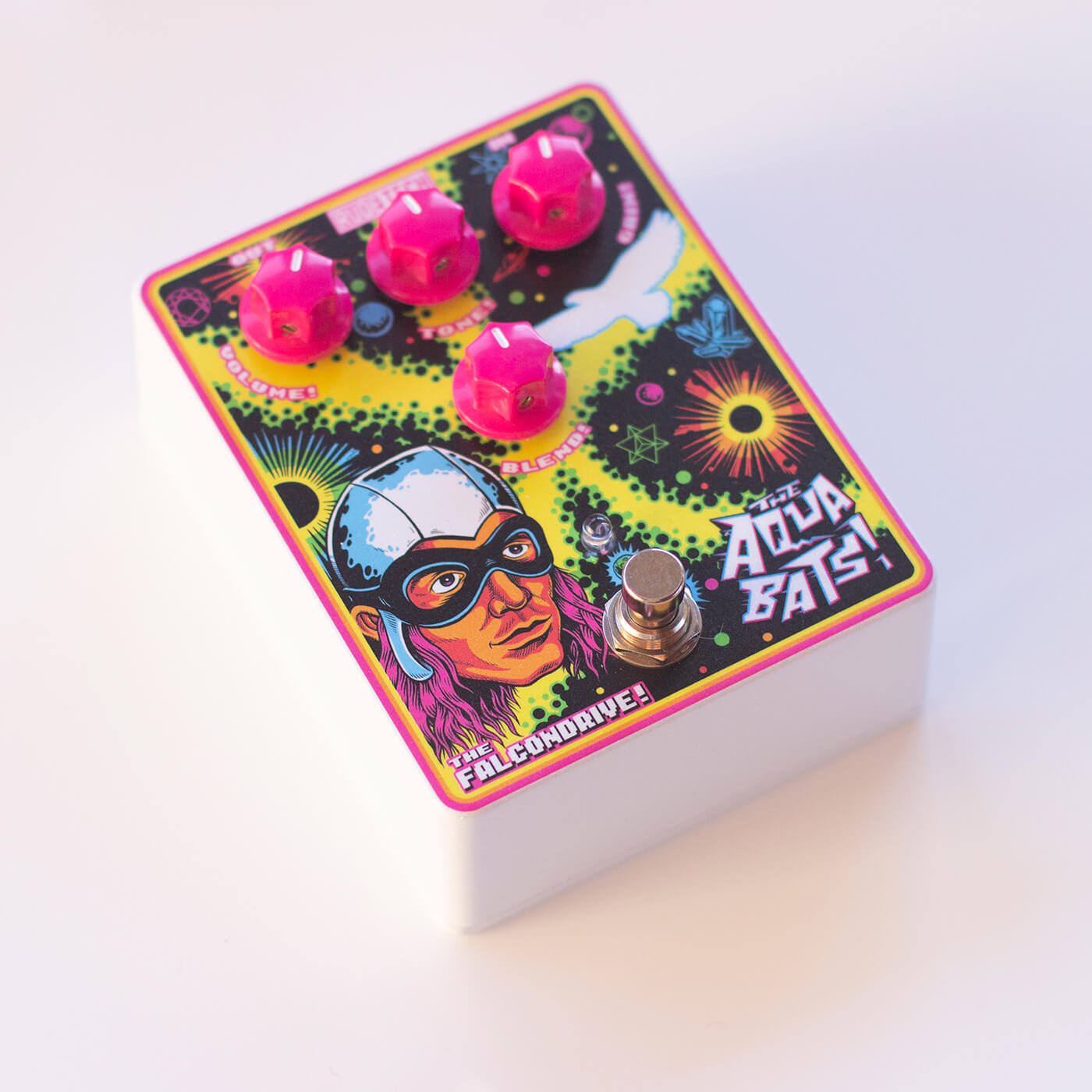